Podcast Ep 128: CEO of Future Mobility Campus Ireland Russell Vickers says we are at the dawn of a new epoch for automotive that is just as significant as the early days of cars more than 100 years ago. And Ireland is in the driving seat.

Vickers listens politely and patiently as I extoll my enthusiasm for VTOL (virtual take-off and landing aircraft) and how I look forward to the day one of these contraptions lands outside my house to whisk me over green fields and pylons to my appointment in the city in jig time. My enthusiasm is born of 1970s/1980s TV shows like Buck Rogers in the 25th Century and I cannot for the life of me fathom why flying cars are not a thing in 2022. I suppose I’ll have to console myself with a Camile Thai dinner dropped overhead from a Manna drone via a silk thread sometime soon, hopefully.

Two years ago, just before the pandemic sent everyone scurrying home to work remotely, I met Vickers and his colleague Wassim Derguech at the Future

“The geeky side of us always thinks of self-driving cars, self-flying air taxis and stuff like that. But it’s also about saving lives”

Two years ago, just before the pandemic sent everyone scurrying home to work remotely, I met Vickers and his colleague Wassim Derguech at the Jaguar Land Rover operation at Shannon where they pointed out that not only is every modern car effectively a data centre on wheels, but how the entire Ireland of Ireland could become a future mobility testbed.

Zoom forward to the summer of 2022 and news reaches my ears of how €5.5m has been invested in the Future Mobility Campus Ireland in Shannon which is the country’s first full-scale development centre and test-bed for mobility technologies.

Funded by the Department of Enterprise, Trade and Employment through Enterprise Ireland, and financial contributions from the local authorities of Clare County Council, Limerick City and County Council, the Western Development Commission and industry partners, the unique FMCI campus at Shannon has state-of-the-art facilities for aerospace and automotive research and development, including a recently opened Advanced Air Mobility Hub.

The facility supports a range of parties including large and small-scale enterprise, from individual researchers to multi-national corporations, start-ups and Government entities.

“It’s very much like in the early days of automotive 100 years ago when of these different people were setting up these new car companies and really disrupting what was happening in terms of transport. That’s now happening again”

“There’s two reasons why we’re doing what we’re doing,” Vickers said after I finished raving about the potential of VTOLs. “One is what’s kind of happening for the general public in terms of, you know, these new services that are coming along, and how we travel between all these different modes of transport. And then the other piece of it is that you can imagine the amount of technology that are going into these systems now and that really is where Ireland has a part to play in all this because we’re such a tech-led country, at least, you know, across Europe and the world.

“That’s part of the reason why Jaguar Land Rover established in Ireland, to get access to some of the best software developers across the planet, essentially. When you look at the ecosystem that exists to support mobility, and it’s all around data, how we manage these systems and all this type of stuff. There’s a lot of companies in Ireland that are already playing in this space. So that was when we realised that that’s why we said: ‘Okay, let’s try and get some funding to create this ecosystem’.”

Vickers has a point. If a car or future aircraft is essentially a metal mechanical box that is driven by chips and software, Ireland doesn’t necessarily need a heavy industrial base to lead, it just needs to focus on the software and chips.

“And I think that’s where the opportunities are. And as you said, remember Ford in the 1980s which was the last big car manufacturer in Ireland. And then today we have we have General Motors based here in Limerick, they’re working on a lot of data analytic stuff. And then obviously Jaguar Land Rover. And then we have like tier ones like Valeo based up in Tuam. There’s a lot of different pieces that are here, like Mergon in Westmeath. And, you know, they’ve always existed here to some extent, but it was just about that the opportunities now coming up, and the opportunities starting to arise, I think, because there’s a lot of new players coming up. There are a lot of new car companies that have actually been born into existence in the last five-to-10 years, there’s a whole load of electric vehicle and aircraft firms that are coming on the stream. It’s not just Airbus and Boeing in this space, it’s all these new companies you’ve never heard of. And it’s very much like in the early days of automotive 100 years ago when of these different people were setting up these new car companies and really disrupting what was happening in terms of transport. That’s now happening again.”

In a nutshell, Ireland can be the driving force for the analytics, the software, the telemetry and more that will drive the future of transport. In some ways it already is when you consider the various aspects in place, from Apple’s operations in Cork, MobileEye work at Intel in Ireland, systems and chips from Analog Devices, to internet of things capabilities created by Taoglas in Wexford.

“The exciting thing is, I think nobody knows where it’s going to end up in the next 10 years. But there’s, there’s a lot of exciting things happening there. So suppose the initial idea of what we wanted to create was a physical place where people could come and test and design these products. So initially, you know, based on where we were coming from, it was based around the vehicle like the car. But then as we started to build out FMCI, we started looking at things like micro mobility. So, as you said, there’s legislation happening on E scooters. But you know, with these scooters, they’re, they’re actually a great way for people to travel around cities. But then how much of how standardisation has been done on these, how fast can you go, you know, how safe are they. So there’s a whole lot of work to be done on that and that’s part of what we can provide at our facility, we have a testing area for that. But it’s not even just about autonomous vehicles, it’s also about safety systems.

“The geeky side of us always thinks of self-driving cars, self-flying air taxis and stuff like that. But a lot of it is a bit more boring. But it’s also about things like saving lives. And then in developing these systems, we ask ourselves why do we tolerate so many road deaths a year, and be just kind of blasé about it in a way except when a tragedy hits a family, unfortunately, but you know, we should be doing more about this, and the technology is there.

“And that’s really what we should be pushing forward. So we, for example, are working on the legislation side; we want to see autonomy allowed from a testing point of view in Ireland, and that’s also connected to the e-scooter. So there’s a whole lot of interesting things that are coming that really changing how we’ve defined how we move people and goods in Ireland for a long time.

“As a society, we have to kind of figure out how we’re happy for that to happen and how we integrate with that and the services and how all of that maps in together. And then you’re starting to see things like air taxis, which is another another step beyond that, which is something that we’re really excited about.”

If FMCI succeeds in turning Ireland not only into a testbed for future mobility, but deftly joining the dots on what could be a possible industrial revolution for Ireland considering the various parts being worked on, we are well into that journey.

And so, if it is true what they say about 90% of the value of a modern car being its technology, then Ireland is already a driving force. 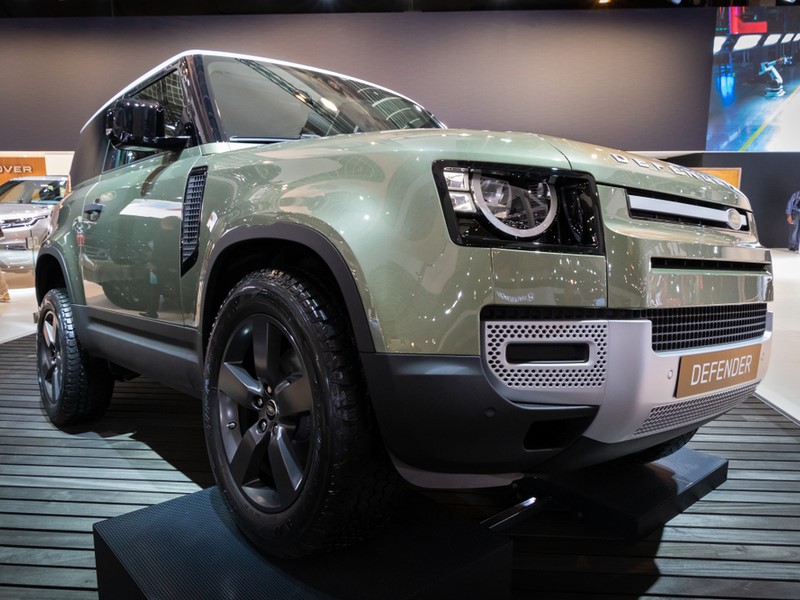 Led by John Cormican, the talented workforce at Jaguar Land Rover in Shannon is driving the future of cars and the world of transport as we know it. 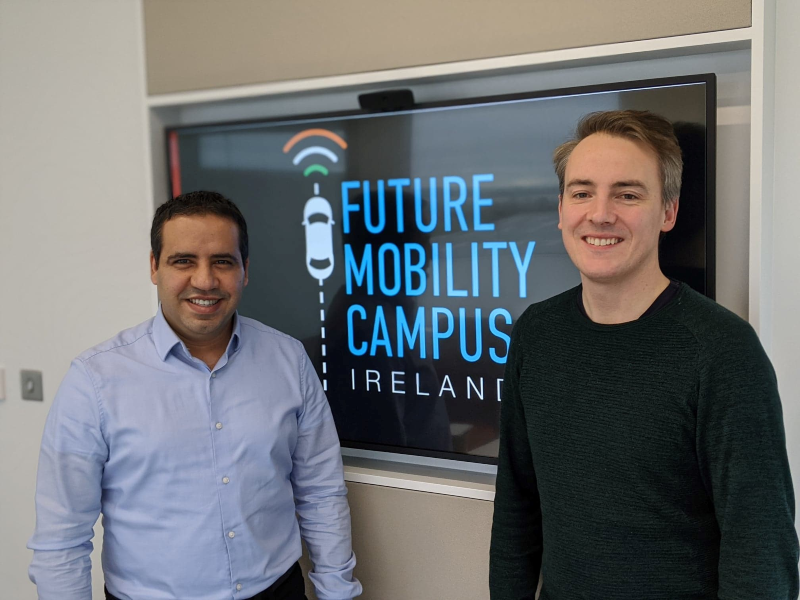 Future Mobility Campus Ireland (FMCI) in Shannon is the driving force for a vision that could see Ireland become an important global testbed for driver-less cars. 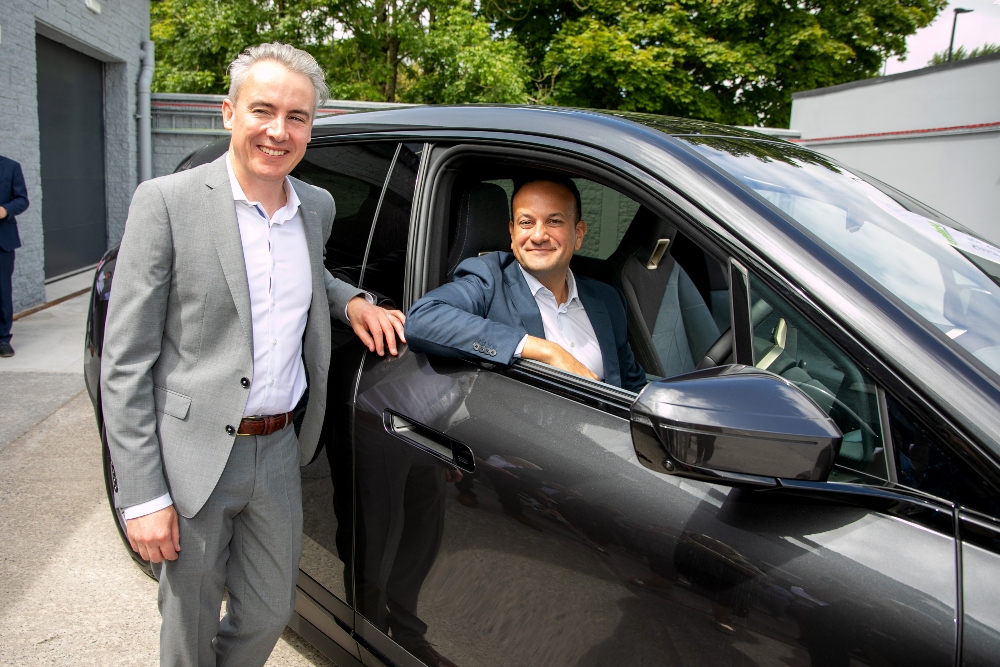 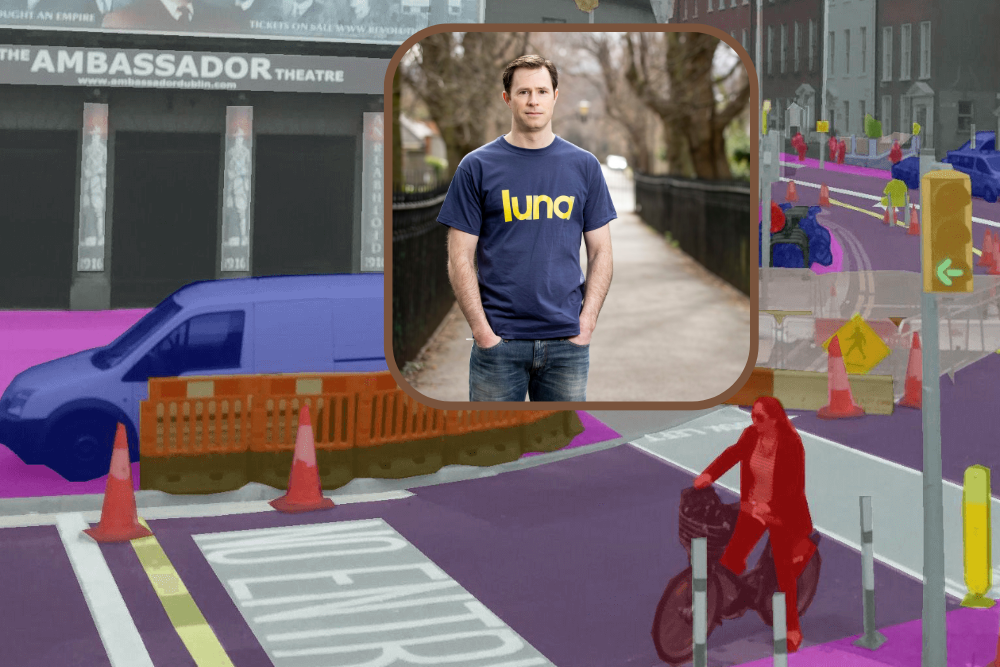