Podcast Ep 115: Ronan Burke explains how Irish-led Inscribe is on a mission to be a key force in fintech with its AI-powered technology combatting a $20bn fraud problem.

Make way John and Patrick Collison from Stripe, you aren’t the only Irish brothers leading a tech business that will help reshape banking and fintech.

Ronan and Conor Burke co-founded Inscribe in San Francisco along with Oisin Moran and James Eggers after graduating from university in 2017. Inscribe is an automated document fraud detection system that allows businesses to instantly verify their customers when they request proof of income, proof of address, or proof of expense information.

“One of the things that Y Combinator really instilled in us was to focus on the really simple things that are within your control, like build a really good product and then talk to customers”

In 2020 they were listed in Forbes 30 under 30 list and earlier this year revealed plans to create 30 Dublin jobs after raising $10.5m. I talk to Burke about the technology and the company’s ambitions.

Inscribe’s technology is helping to combat the $20bn fraud losses faced by US financial institutions. Banking, lending, and other fintech businesses can use these AI-powered innovations to reduce risk exposure while granting financial access to more authentic customers and traditionally underserved communities.

The business’s own data shows that while, on average, 5% of all financial application documents submitted in an online channel are manipulated, that number more than doubled to 13% in 2020.

Speaking with ThinkBusiness, Ronan Burke said that the young company almost stumbled upon a wider problem in the financial services industry. “After we graduated from university in 2017 we were starting to get our first tester of what it’s like to interact with the financial services industry, looking at setting up bank accounts, getting a credit card, applying for loans, setting up a crypto account, all of which were problems we thought were already solved or were good processes already.

“But what we actually found was that applying for a simple checking account or crypto account were actually quite long processes. And when we apply, it can take a couple of days to get a response – in some cases weeks – and we were curious about what was going on behind the scenes.

“It wasn’t just the big institutions having this problem but the fintechs as well, where people were coming up against these poor user experiences. And we were wondering why?

So despite the slick user interfaces and application forms, behind the scenes there were lengthy queues and few technology tools to help banks and fintechs to properly verify potential customers.

“We felt there was room for good software to help alleviate this problem. Our ultimate goal is to help financial institutions accept more customers but also increase the efficiency of doing so. And that’s the real vector we are going to tackle here and it pretty much comes down to trust and protecting against threats in a similar fashion to how the cybersecurity industry has done so over the past number of decades.”

The Inscribe magic happens when it enables the automation of underwriting and account opening workflows once a customer submits relevant information to the institution. “Firstly it is about checking that the customer is actually uploading those documents, that those documents are within three months old and that the name and address match and so on. After that is where some fraud and risk checks can come in and this is where material detection comes into play alongside document forensics. The third phase is checking that you can actually trust all of the information provided. We’ve seen from first-hand experience across working with leading fintechs that 3% to 5% of applications do actually contain some form of fraudulent or misleading information. Our image forensics helps detect where people modify names, addresses or numbers on statements and utility bills.

“It’s quite difficult to detect everything, but the more you can detect the better. And new features that we have released are pushing us in that direction and catching more and more for our customers.”

If you are going to San Francisco …

Sometimes they say if you visualise something hard enough it may come true. In Ronan and Conor Burke’s case it began with a poster in their childhood home  showing all of the various tech companies strewn across Silicon Valley. This planted the kernel of ambition in their young minds. “I think we were nine or 10 when we first saw this. Our dad worked in the computer hardware industry. We always had computers at home and so we had an inclination towards technology and a curiosity about what was going on over there. When we went to university to study electrical engineering we met Oisin who was a classmate of ours.”

After graduation the brothers along with Oisin and James Eggers had a long list of technologies they wanted to explore and create regardless of their commercial viability. “So we gave ourselves the summer after university to just experiment with these and see how it went and that’s how we started to explore these problems and began working on prototypes and getting companies to use them.

“About three months after university we flew out to San Francisco to speak to some of these customers. It was only when we were out there that we started getting requests for customer contracts. To sign contracts you need to have a legal entity so that’s how it happened that we established the company in San Francisco. We got our first angel investor cheque which enables us to stay there a little longer and then a couple of months after that in May 2018 we applied to take part in Y Combinator and were accepted.

“That was one of those step change events that put us on a good trajectory, edit the DNA of the company and expedite things from there.”

Just like the Collison brothers who were also Y Combinator alumni, and similar to Intercom, the Burke brothers found that going to San Francisco was the rocket fuel that propelled them on their journey.

I ask Burke does he believe Irish start-ups need to follow the same path? “I think the pandemic and the world of doing Zoom calls has levelled the playing field somewhat. I think if were to do it now, we wouldn’t have had to go to San Francisco. As you know it takes a bit of investment to go out there, but I do think it is worth it for meeting people face to face. There’s a good energy there that is inspiring too.

“However, saying that, I think the success of Intercom and other great start-ups like Tines are replicating the same kind of energy in Dublin right now. Dublin is now very different to where it was even 20 year ago, even though that’s a short while ago.”

In addition to securing Series A funding in 2021, the company saw a more than 500% year-over-year increase in documents analysed.

This leads to the inevitable question of whether Inscribe may one day join the growing ranks of Irish unicorns, now at seven if you exclude Stripe.

“One of the things that Y Combinator really instilled in us was to focus on the really simple things that are within your control, like build a really good product and then talk to customers.

“And that’s something we try to keep in focus. Our aim over the next couple of years is to power more and more of the opening and underwriting workflows for fintechs that we work with like Ramp and Bluevine. And then ultimately help them to dramatically improve their revenues and volumes and accept more customers.

“With this, of course, will come more revenues, volumes and venture capital to execute against that journey. We want to make a very big impact here and those types of external validations and milestones are a byproduct of it. But certainly, we have very big ambitions for the impact we want to make.” 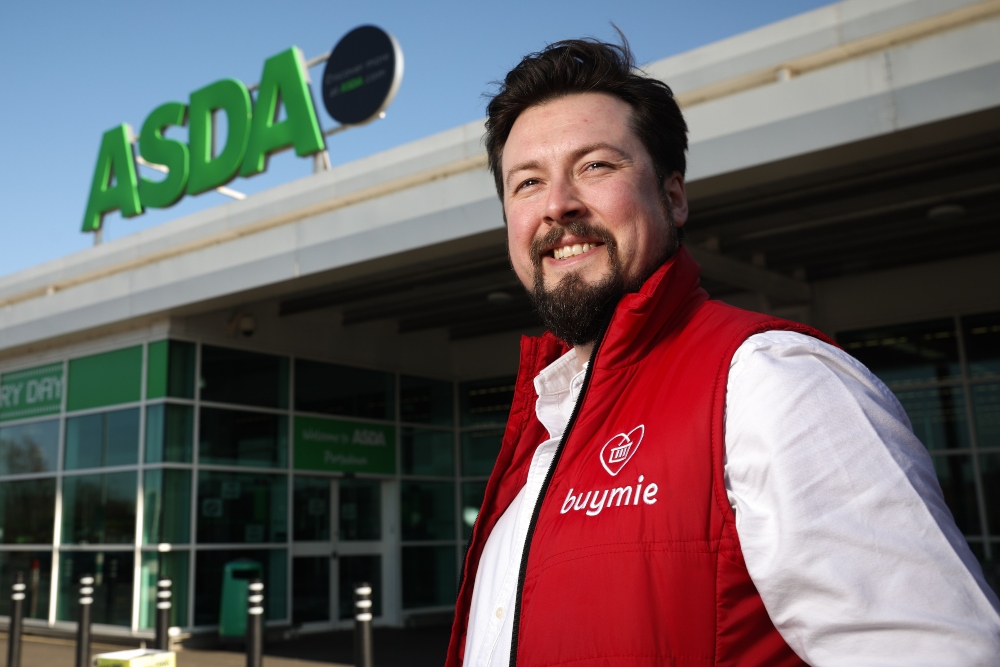 Podcast Ep 112: It took Devan Hughes five different start-ups before hitting his stride with the success of Buymie. 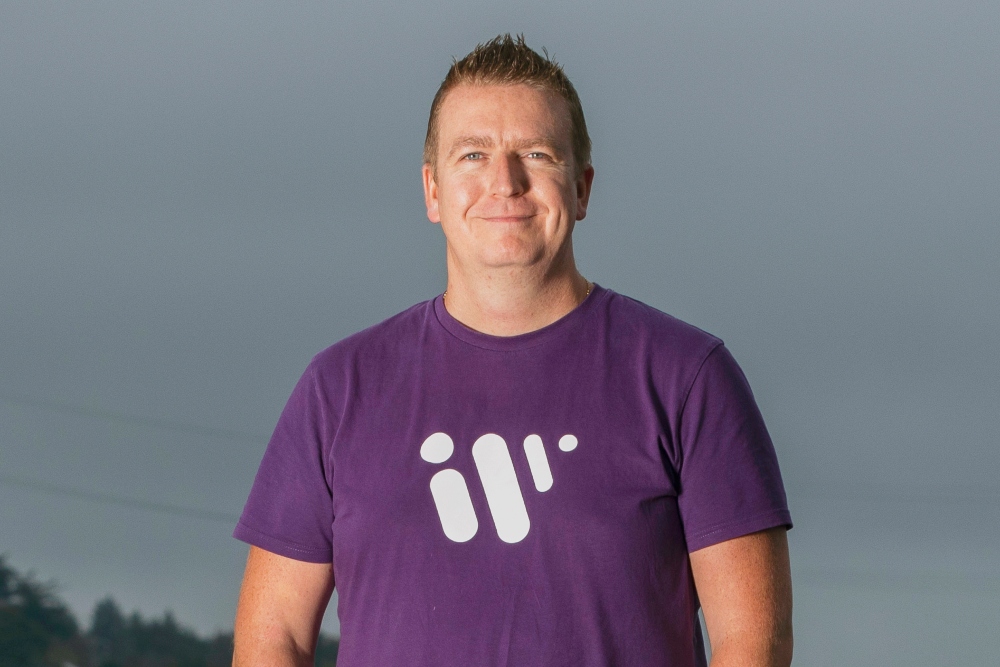 How Workvivo is engaging the next workplace revolution