Podcast Ep 56: A key player in the creation of brands like Kerrygold, Baileys and Sheridan’s as well as Tanqueray Ten, Aqua Libra, Cîroc and many others, David Gluckman believes the art of brand-building is about bravery and judgement.

As David Gluckman will tell you, there’s no such thing as a perfect idea. “But if you put all your skill and passion and commitment into finding the best solution you can, you are more likely to come up with a great one,” he writes in his book “That S*it Will Never Sell,” a book that ought to be required reading for brand builders of the future. In interview with ThinkBusiness, he happily notes that the book is being embraced as a primer for entrepreneurs.

The title of the book refers to the reaction by 1960s US drinks industry titan Abe Rosenberg to his first taste of Baileys after holding the bottle up and looking at it in disdain. Nevertheless, Rosenberg launched Bailey’s into the US market with the advertising line: “The Impossible Cream.’

“You can’t expect market research to come back with a result that says 99pc of people are going to prefer your brand to a brand leader. That’s never going to happen”

Now, 46 years later Baileys is one of the biggest selling liqueurs in the world, selling on average more than 120m bottles a year. That’s some good s*it. 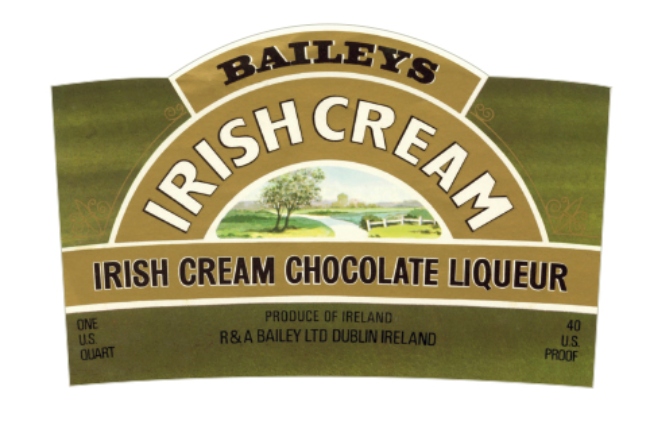 The original label for Baileys before it was refined and the product went to market in 1974.

Gluckman’s career from buying a one-way ticket from South Africa to London in the 1960s to join the heady advertising business reads like a who’s who of brand building for the 20th and 21st centuries. His career is instructive in terms of how ideas are formed and why sometimes gut and instinct win out over overly zealous market research and focus groups.

From working with Tony O’Reilly in the early 1960s to devise and market Kerrygold, now the second biggest selling butter in North America, to the inception of brands like Baileys Irish Cream, Sheridan’s, Le Piat d’Or, Aqua Libra, The Singleton, Tanqueray’s Ten, Cîroc (aka ‘Diddy Juice’ made famous by P Diddy) and many others Gluckman has enjoyed an exciting career that has brought him to every corner of the planet. His career has also seen many near misses and he still laments, but understands why, Guinness Light and Guinness Distilled never took off.

In recent years he was part of the team that devised and created the Coole Swan cream liqueur, a top seller in the UK’s prestigious John Lewis chain of stores and which recently was endorsed in the influential Wine Enthusiast’s taste panel in New York, where it was voted the best cream liqueur in the US.

Gluckman’s book is full of interesting anecdotes but also instructive lessons on why ideas both work and don’t work.

The impossible idea that got the cream

Speaking with ThinkBusiness, Gluckman says that Kerrygold was a lynchpin moment in his career. It began while working at an ad agency in London. “One of the clients we picked up was the Irish Dairy Board and the general manager was a 28-year-old guy called Tony O’Reilly. He was quite a legend to me because I’d seen him play in Ellis Park in Johannesburg in 1955 when the British and Irish Lions beat South Africa. So, it was an amazing thing to suddenly realise that we’d be having meetings with this man. When I got there Kerrygold had already been created, I just helped to nudge it along.”

The brief felt different because the team were motivated by the sense they were doing something for the Irish economy, not just selling another commodity product. 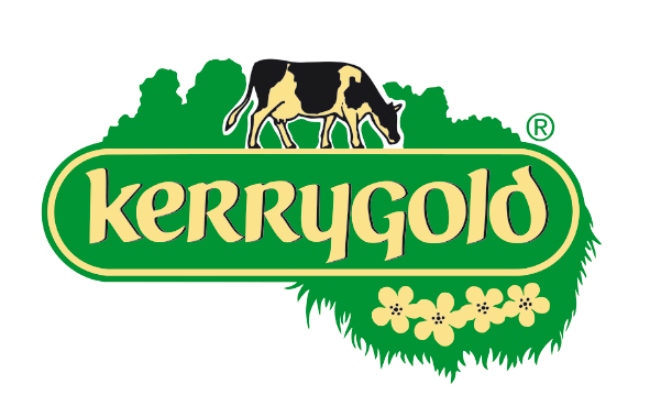 Recalling working with O’Reilly, Gluckman said: “It was just a fantastic adventure to be on. He was just such a wonderful guy to work with because if you had an idea and he thought it was any good, he’d just say ‘Yeah, let’s do it.’ There was no debate, no deliberation and we were trusted.”

He added: “He was really good at buying ideas, which I think is a very rare characteristic.”

The story behind Baileys began in Soho in 1973 with what was known as the ‘Irish brief’ when Gluckman and his business partner Hugh Read Seymour-Davies were responding to a challenge to create a new Irish drinks brand by International Distillers & Vintners (IDV). As they scratched their heads, Gluckman suggested they draw on his experience with Kerrygold and Ireland’s heritage in dairy goods while his business partner gamely suggested mixing whiskey with cream. They ran down to their nearest supermarket, mixed whiskey with cream and weren’t impressed. Then they decided to mix in chocolate powder and were pleasantly surprised.

After trying it out on a few focus groups and devising the Baileys brand (the name came from a Baileys Bistro down the street in London), they took their concoction to Gilbeys on the Naas Road, then a mere outpost of the IDV empire. As Gluckman admits, devising the brand and bottling as quickly as they did was revolutionary and not typical for the multi-billion-dollar drinks business at the time.

Fortunately, the Dublin team responded enthusiastically, embraced it as a brand to be manufactured in Ireland and, more than 1bn bottles later, the rest is history. 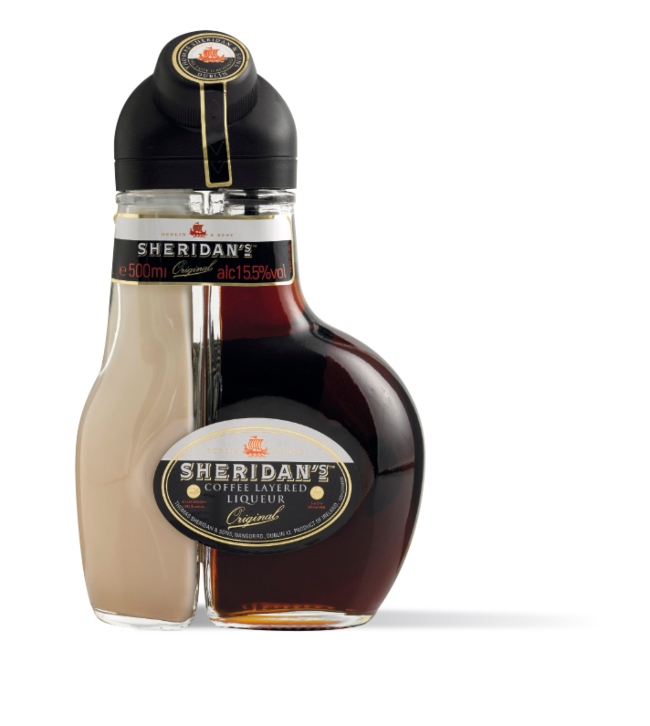 For Gluckman there was no plan B, but the process became the template for everything he did since. It was also a lesson in how brave, instinctive decision-making by management can make all the difference.

Whereas middle management he says, understandably have a fear of failure and rely heavily on market research and focus groups.

“We did a little bit of consumer research, which was all negative. So, I suppressed the data and went to Dublin to meet someone I’d never met before. We didn’t have anything to fall back on. And we pitched this idea. And then bolted. That’s where the real heroism of ideas comes in. Not me or my partner having the idea, but somebody at the other end being responsible for shelling out money and his own reputation. He bought the idea, he was the total hero. David Dand was his name.”

To Gluckman the real heroes in brand creation are those that take a risk and back ideas. “It’s really not surprising to me that someone like Pat Rigney has produced the brilliant Drumshambo Gunpowder Gin. He’s one of the half dozen people I’ve ever met who was really good at buying ideas. These people are magicians, they are like gold dust.” 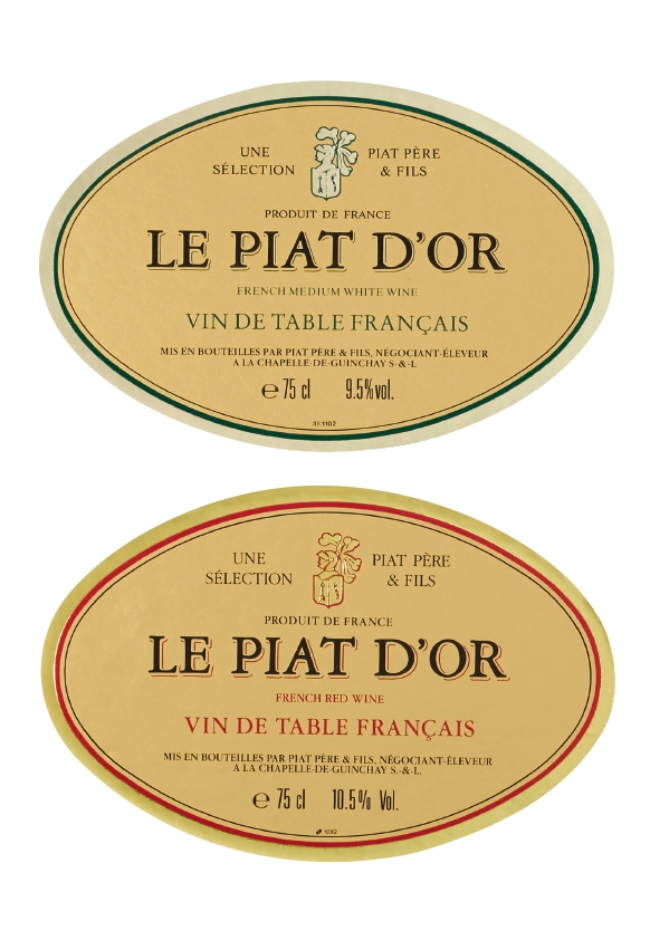 The success of good ideas, he maintains, is not about the market research but the simplicity of the idea and the fewer cooks involved.

“I think I have a beef about market research because I think in a way it’s taken away peoples’ responsibility for coming up with good decisions about their business. Because what you do is you defer to the judgement of others. I feel as someone in the ideas business that the ideas business is not and should not be a democracy. In other words, the more people that start inputting into an idea, the less successful the idea will become.”

Looking at today’s drinks landscape where craft beers as well as gins and more recently Irish whiskey brands are proliferating, Gluckman said that while he’s excited to see so much innovation, he fears that many gin brands could go by the wayside because sustainability of such businesses will be a challenge. “But there is a lot of adventure afoot, which is great to see.” 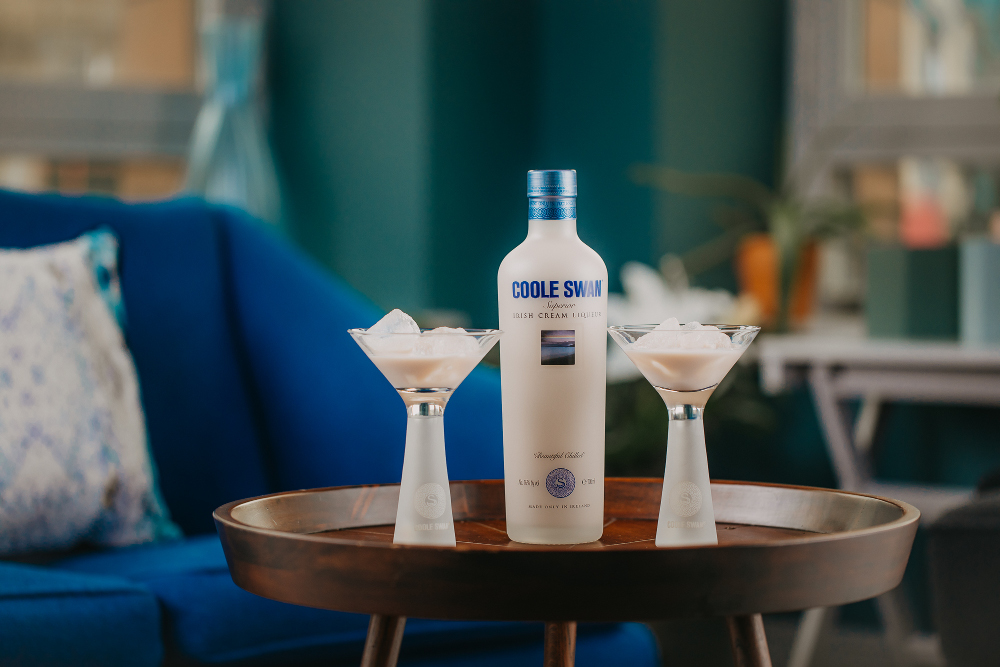 In 2007 Gluckman came out of retirement and along with David Dand and Adrian Walker they devised a new Irish cream liqueur brand. They decided that the new drink, a premium cream liqueur that would be made with Irish cream but with added white Belgian chocolate, would be very far removed from existing brands like Baileys. So different in fact, the bottle would be white and the ingredients would be prominently displayed.

“The Japanese have a word for it, it’s called ‘kaizen’, and it’s the art of continuous improvement.”

After an arduous branding process involving such names as Rainbow, inspiration came one night at a bookshop Dublin Airport when Gluckman found himself leafing through a book of poems by William Butler Yeats and was drawn to ‘The Wild Swans at Coole’. And that’s how Coole Swan was so named. 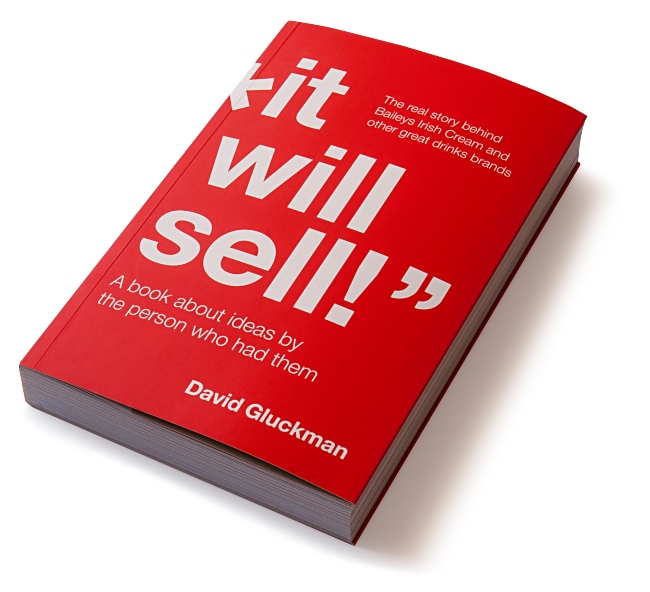 His advice to would-be brand creators? “Think very carefully about the product. To me product is very important. You have to be absolutely convinced in your own mind, even kid yourself that the product is even better than the products other people have. Don’t be afraid of minority tastes. That’s where the markets are. You can’t be all things to all people. You can’t expect market research to come back with a result that says 99pc of people are going to prefer your brand to a brand leader. That’s never going to happen.”

“I believe in market research, but if I were a company on a tight budget I would do the research myself and it doesn’t require spending £5,000 on focus groups. If you can keep your mouth shut and follow the script in my book on market research, I think you can get what you need. And don’t do too much of it, I don’t think I ever did more than four focus groups on anything.”

“Always look at the detail. Can you take every tiny aspect of your product and make it better and make it work harder for you? Words are so important. If you walk around the beer section of a supermarket, there’s a lot of beer [brands] but none of them talk to you. None of them says this beer tastes better, is smoother or sour, or anything. They are just all things to all people and if you happen to like the colour red or blue that may dictate your choice. I think finding words that separate you from the other people are very important.”

Gut instinct: How to fortify your body