When it comes to navigating the choppy waters of oceans or business, sailing champion and investor Laura Dillon comes across as calm, assured and with a firm eye on the horizon.

Appointed head of Waterland Equity Investments in Ireland last year, she is one of 100 investment professionals responsible for managing a new €2.5bn fund aimed at SMEs and entrepreneurs across Europe.

She is also an accomplished entrepreneur in her own right, having run her own healthcare company DSI Distribution which provided cosmetics to Penneys and which was acquired by United Drug.

Prior to being an entrepreneur she worked at McKinsey in the US and earned an MBA from Harvard University.

Waterland Private Equity, which has €8bn worth of assets under management, has been steadily building its team in Ireland after opening its Dublin office last year. To date, the business has made investments in more than 700 companies across Europe.

It specialises in investing in scaling SMEs and where necessary joining them together to create even greater scale and potential. For example, an investment in United Pet Food saw the business grow from €100m in revenues to more than €600m in revenues.

An example of a major investment in Ireland by Waterland would be nursing home provider Silver Stream Healthcare that it intends to help to drive scale.

Waterland recently made a significant investment in Mullingar business Writech that will allow the company to accelerate its ambitious UK and European growth strategy.

The equity firm with Dillon at the helm in Ireland is constantly on the look-out for more Irish SMEs that it can help bring to scale.

Her first love is the ocean. “I grew up near the water in Sutton and sailing is my real passion. I love being out on the water, just feeling so free and having the wind and waves in your face. I suppose that’s where I feel I can really switch off from the rest of the world and forget about everything. I always sailed from a young age with my parents. I was quite good at it and got into the competitive nature of it.”

She says the discipline of watching the winds and the tides and being a team player play artfully into how she has navigated the world of business, first as a strategy consultant, then as an entrepreneur, and today as an investor.

“I’ve had the pleasure of working in a family business, going on the journey of staring my own company from scratch with nothing and then getting a warehouse and buying a forklift and getting everything up and running.”

Dillon looks back fondly on her time as an entrepreneur and having managed to coax her father out of retirement. “He knew the healthcare sector very well and we spent time in the UK and Europe convincing healthcare brands to let us be their distributor in Ireland. And we built that business over a couple of years to supply into nearly every pharmacy in Ireland.”

Being an entrepreneur building a business was satisfying. “It gave me a real-world schooling. Suddenly I had to make sure there was money in the bank to make payroll. I had to worry about cashflow, working capital became very important to me, making personal guarantees and suddenly the meaning of being an entrepreneur and taking that individual risk became a lot more real. I enjoyed building a business and creating employment. Ultimately seeing something grow.”

Her grounding in building a business she ultimately successfully exited means she has empathy for business owners and an insight into their risks, challenges and opportunities.

Her focus with Waterland is to help Irish businesses to scale up. Irish companies she says, have always had to sell internationally because of the small local market. “I think there’s a huge amount of entrepreneurship and a great drive and can-do attitude here in the Irish market.

“I think about what factors have been inhibiting businesses from really going to the next level and accelerating their growth. For me it really starts with the people having that aspiration to really take on not only the UK but increasingly Europe and the world beyond.

“Irish companies have done phenomenally well in the US and are now beginning to penetrate Asia a bit more.”

She describes Waterland’s modus operandi as a partnership approach. “ Our view is that if we can help businesses to accelerate faster than they can do from their own internal resources, then we may well be the right partner for them to scale and get to that next level of growth.

“For me it always comes down to people and making sure there is a full alignment.

“I’m a great believer in that if we’re not the right partner then who else do I know that could help this business out?”

The devil, she says is also in the details. “It’s about making sure we properly analyse the markets and knowing where to focus – where is the growth going to come from over the next five, 10 or 15 years. It’s very much about finding those sectors that have growth potential and where Irish businesses can be successful.”

The central tenet of Waterland’s philosophy is backing organic growth and investing in innovation. “But in order to scale at a faster rate, buying other businesses can really help achieve that growth in a shorter period of time. So, we very much look for business owners, entrepreneurs, family-run companies that have that ambition to scale and take their company to the next level.”

“For example, we really believe that Writech could become a dominant European fire suppression business. It is a fantastic second-generation Mullingar family-run company. We’re hopefully going to be able to announce some acquisitions in the Nordics, the UK or continental Europe next year. We believe that Writech is a great platform and with additional capital, resources and by buying other companies, it will hopefully be a European but, in due course, hopefully a global fire safety and suppression business headquartered here in Ireland that will create a lot of employment.”

A crucial litmus test when meeting companies is understanding the owners’ personal ambitions and assessing whether everyone around the table has the same drive and ambitions. “It’s not quite like a marriage, but if you are going to be spending a lot of time together then you want to make sure that everybody is on the same page and have the same objectives up front. Transparency is something that comes from Waterland’s Dutch heritage. So it’s about being direct and having no ambiguity and that everyone has the same view. And if they don’t then it is best to call that early on.”

Dillon points out that as a private equity firm, Waterland is distinct from general venture capital players in that it focuses on established companies rather than early stage companies. “It’s really about the stage of companies. For us we look for up-and-running, established companies that are already generating cashflow and positive profits. And we want to help them to accelerate.”

Crucially Waterland is focusing on markets that are demonstrating a considerable tailwind. “We don’t need stellar growth, but we do know what markets will have tailwind. There is clearly a drive for sustainability and carbon neutrality. There is an aging demographic in a lot of European countries. So we have four investment themes: sustainability, aging population, outsourcing and digitisation, and leisure and luxury.

“We’re always looking to the future, trying to figure out where the growth is coming from. There’s clearly a lot of online growth but there are also older, traditional sectors in engineering, manufacturing and industrial companies.”

Dillon concluded that it is about finding synergies and matching strengths where needed.

“It’s about getting out there and meeting diverse business owners, entrepreneurs and trying to figure out collectively and in that partnership whether there is a good growth story for Waterland and for some of those Irish businesses to really scale throughout Europe.”

The West of Ireland’s future is bright 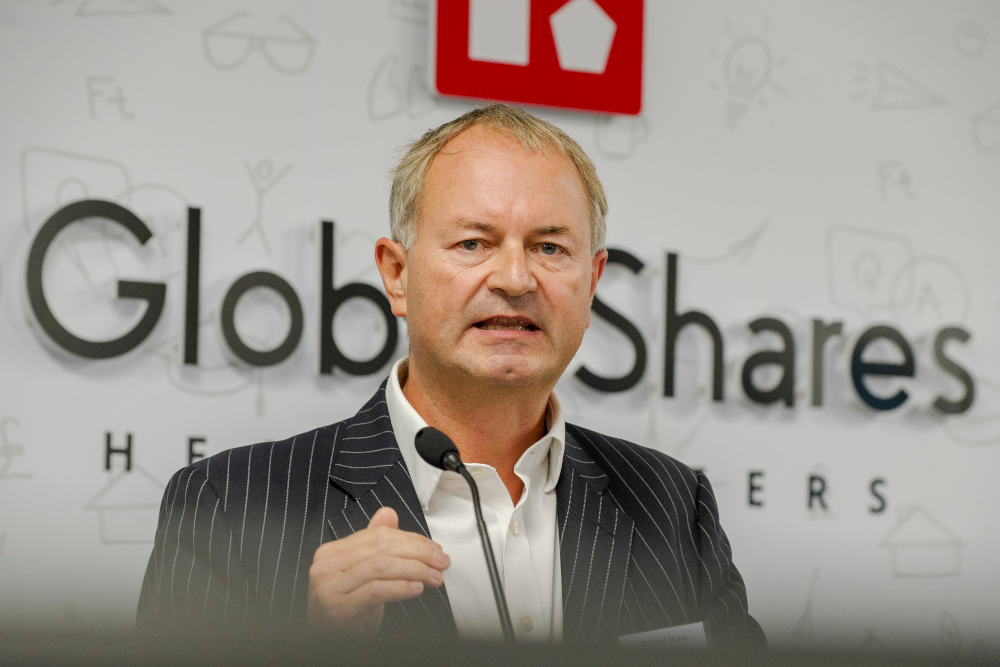 Global Shares’ Tim Houston: ‘We want to become a unicorn’

Global Shares CEO Tim Houston tells John Kennedy why he believes the Clonakilty company is on the way to an IPO and fintech unicorn status. 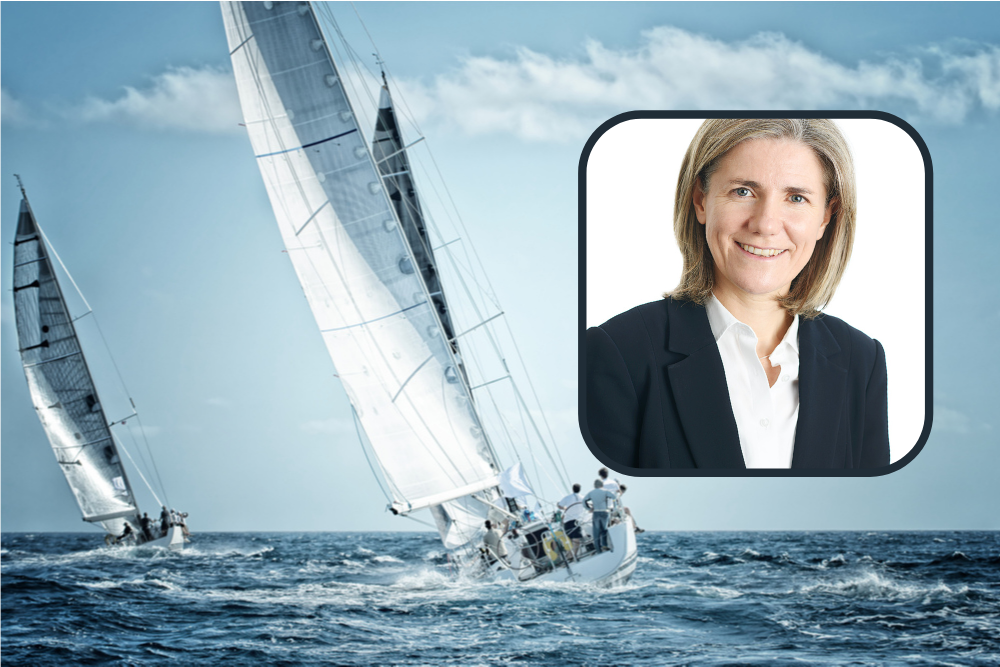 Sailing champion Laura Dillon heads Waterland in Ireland, which has just revealed a €2.5bn fund. She talks about her focus on SMEs with growth potential. 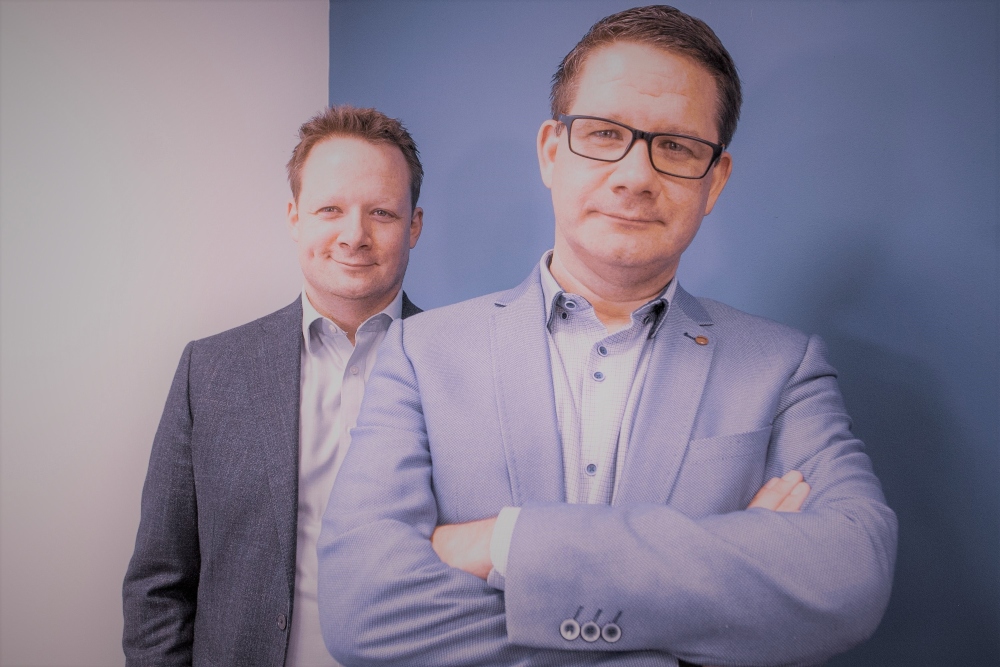 O’Loughlin brothers on how Nostra refined the art of scaling

Podcast Ep 70: Brothers Kevin and Barry O’Loughlin have built Nostra into one of Ireland’s fastest-scaling tech businesses through a disciplined approach to leadership, people and budgets.