Podcast Ep 70: Brothers Kevin and Barry O’Loughlin have built Nostra Systems into one of Ireland’s fastest-scaling tech businesses through a disciplined approach to leadership, people and budgets.

As Barry O’Loughlin puts it, he and his brother Kevin are in many ways like chalk and cheese. Kevin is the tech evangelist, in his element solving customers’ tech problems and figuring out the digital future, while Barry is very much a financial and operations strategist who keeps the wheels of the business firmly on the tracks.

But both brothers share a combined vision for the future of the business to bring it to a goal of reaching annual revenues of €50m through disciplined execution of strategy and realistic matching of customer acquisition with human resources. Fundamentally, they believe in revising their strategy at regular intervals and cultivating people to add continually to the leadership team.

The approach is working, and the company recently revealed plans to create 120 new jobs over the next two years, bringing total headcount to 270 people.

Founded in 2006 by Kevin and Barry as well as Gary Byrne and Senan Finucane, the Dublin business provides full cloud-based IT support to 250 companies including Boyle Sports, Dawn Farm Food and Avolon.

Nostra is on a solid growth trajectory. It grew revenues to €18m last year from €11m in 2019 and is forecasting double-digit growth year-on-year to bring it to its goal of €50m by 2026.

The company plans to move to new, larger offices to accommodate the growing workforce as well as facilitate new flexible ways of working post-pandemic.

Born in a perfect storm for cloud

Two major tech trends in enterprise technology – the rise of virtualisation and cloud computing – revolutionised how tech could be deployed and managed. It was into this perfect storm that Nostra was born.

Around 2006 many businesses were spending a fortune on servers, many of them worth €20,000 apiece and located in a server room on their premises, but were typically utilising only 1pc of the capacity. Nostra proposed a service model that would free up resources and cost a fraction of the original cost to run.

“We were one of the first Microsoft Cloud partners here,” Kevin explained. “But nobody wanted to hear about it at the time. I would say ‘I could save you €1,000 a month to manage your email.”

Knowing cloud was definitely the future Kevin stuck to his guns and today 250 businesses with 600 offices rely on Nostra to maintain their IT systems.

“In the early days IT departments didn’t want to hear about it because it meant getting rid of IT infrastructure.”

But gradually the revolution began, initially with email before more strategic IT needs such as security and storage made cloud a no-brainer and certainly a business-saver when the pandemic struck in 2020.

“The early days of cloud were a real slog. I was probably looking at it from a tech perspective than a business perspective. But it was an absolute no-brainer because it was better, cheaper and faster.”

In just a few years Kevin’s vision was proven right and the company was landing some very high-profile customers which gave the company credibility.

But it became apparent that as the business grew and Kevin became stretched, this presented challenges and the team needed focus.

“We needed to gain a much better understanding of where we were going. We reached a huge turning point in 2013 and identified inefficiencies whereby we had just one team running all of our projects and support. We broke the team up into multiple teams focused on specific things such as SharePoint, Servers or Office 365 support and this gave us the equivalent of 25pc extra capacity.

“The biggest lesson, however, was how busy I was trying to handle operations, finance and manage the service teams.”

Return of the co-founder

It was at this point that Kevin asked Barry, an original co-founder but who had left to pursue other business interests, to return to the company. “He was able to take away the bits that I didn’t necessarily enjoy doing and I was able to focus on the bits I did enjoy doing which was customer-facing and designing solutions for customers. For that one change in our business skills, we saw a huge acceleration.”

Crucially, it boils down to financial and performance metrics and proper resourcing of people as new customers come on board.

“Today, every time we take on a customer, we have metrics that allow us to know how many additional people we require,” said Kevin.

Barry explains the brothers’ dynamic: “Our skills don’t really cross over. We each respect what we do. He does his thing and I do my thing and ultimately the model delivers. He’s the tech evangelist and I’m the guy who ensures that the solution he sells is delivered profitably. As the business matures and the projects get bigger, we have to plan them better. We have to deliver them to the customer’s satisfaction and improve our communications with the customer because it’s going to be a long, ongoing journey.”

It was while attending an Enterprise Ireland Leadership for Growth programme in New York in 2017, that Barry began to focus on business model innovation (BMI) as a way to change the direction of the company.

“We decided to change how we delivered services to clients in a more efficient way. It made it easier for us to communicate the message to them of what was needed to be done. We are now ahead of the curve in terms of the cyber risks, for example, because of business model innovation. It allowed us to put a dash cam to budgeting and planning the team structures.”

A fundamental change in direction was implementing a budgeting plan that worked in concert with customer acquisition, HR resourcing and turnover. “Since budgeting properly, we have hit all of our budget targets through 2018, 2019, 2020 and so far in 2021,” Barry said.

Central to this is a charter that all teams in Nostra agree on and allowing people to openly and fearlessly point out strengths and weaknesses.

“It’s about giving clear direction and everyone understanding what we are trying to do.”

An unrelenting focus on KPIs (key performance indicators) has been of vital importance for every team. “For example, despite Covid and Brexit, from a monetary point of view could be on target but from an efficiency point of view we could be behind where we should be,” says Barry. “That’s the beauty of not being afraid to share challenges and weaknesses and leadership is about making it safe for everybody to do that. I would be very open about stuff that is going right and stuff I’m concerned about and I feel needs to be changed.”

Combining BMI with budgeting meant Nostra was able to grow through the pandemic by supporting customers and seeing problems before there were problems.

“Just by tracking numbers and talking about risks, the message filters through that the shared goal isn’t the big number at the end of the day. It’s the utilisation of the team tomorrow, the billable days of tomorrow and, by just measuring those, the fear goes away and you just focus on the present and plan your pipeline.”

According to Kevin, the fundamental lesson of not trying to do everything and instead evolving the senior leadership team was a game-changer. “We literally just took off. Within two years we doubled our revenues to €6m and we did €18m last year. In five years, we saw phenomenal growth and productivity. I would say the key thing was understanding what you’re good at and then handing the other stuff off to someone who is actually good at it and enjoys doing it.”

Barry agrees: “Kevin is an amazing technologist and amazing front of house for the business. What drives Kevin is the sale and what drives me is building the chassis of a sustainable business. It means taking the right people and putting them on a proper career path. Ultimately, we are supporting 160 families out of this business and it is our responsibility to run the business properly, manage our margins properly, deliver a good service to our customers and to make sure that the people we employ are educated and trained. And if they leave, they do so as much better people than when they came in. And the door is always open for them to return.”

Having built a culture of budget discipline, leadership cultivation and business model innovation into the business model meant Nostra was able to respond to the sudden challenges of Covid with relative ease.

Barry added that having the right banking partner throughout Nostra’s journey was pivotal. “Bank of Ireland has been our bank since day one. My modus operandi is I don’t mind what the message is, but I will deliver it honestly. I’ve had various account managers with the bank, but I would honestly say that I’ve never given them a surprise. I’ve given them lots of bad news and lots of challenges, but never surprises. If there is something coming down the tracks that I am concerned about I could talk to them and we’d come up with a plan.

“My rule is that whether the news is good or bad, it must always be accurate. And that comes back to us tenfold from Bank of Ireland. If the bank says no to anything, our view is there’s a reason for that. We take that message and figure out why and then come back. Once you’ve figured it out it’s a better model going forward. The fundamental basis of the relationship is honesty.”

“Kevin, Barry and the Nostra leadership team continue to do an excellent job in growing their business both organically and through acquisition over recent years,” said Paul Swift, head of Technology, Media and Telecoms sector at Bank of Ireland. “Their track record of delivering for their customers speaks for itself and we are delighted to be partnering with Nostra through this exciting growth phase as they scale further.”

Retailers that align with their communities will thrive 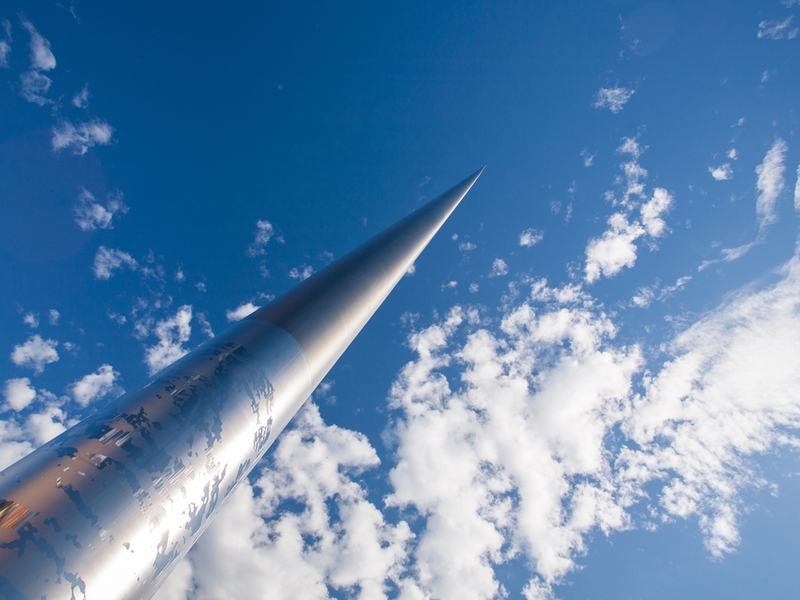 Ireland has a strong cohort of born-on-the-cloud software businesses using the SaaS model to reach global markets. Here are the ones to watch in 2020. 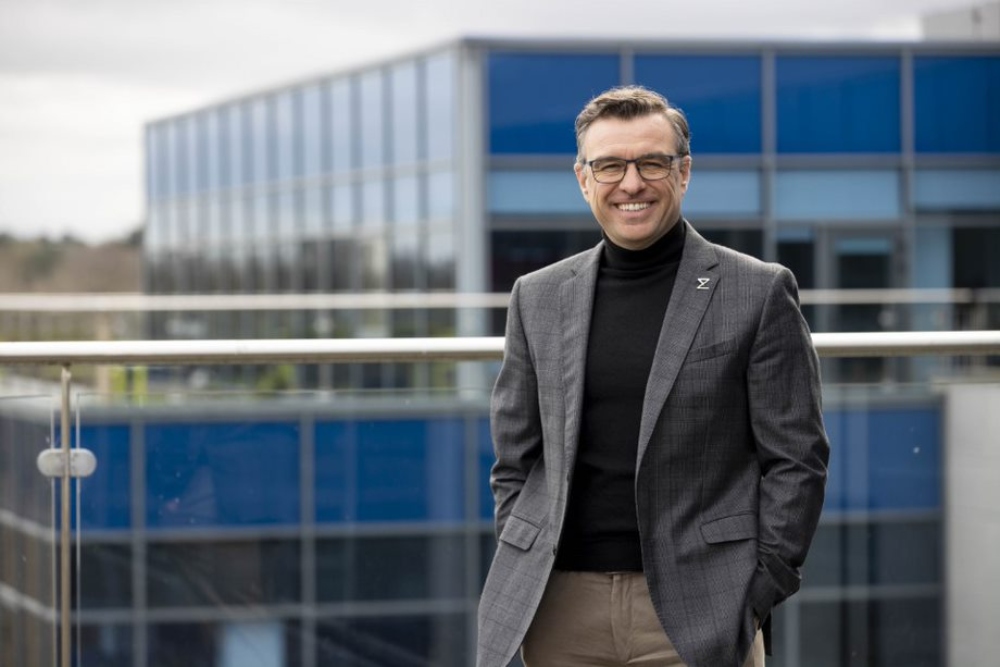 Enterpryze has a global vision to digitally transform SMEs