When you consider her background and the surrounding landscape of her native Mayo, it is hard to imagine how artist Tracy Sweeney could not have been inspired. The rugged landscape, a sense of the shared history of her people and an instinct for survival on the edge of the world all feed into her bold and vivid work.

She was taught to draw by her mother and her uncle was a photo-realist painter. Add in a dollop of business nous from her dad who ran an agricultural supplies business and it is no surprise why Sweeney has succeeded in having her paintings hung in galleries around the world.

Married to internationally-renowned goldsmith Nigel O’Reilly, whom we interviewed last week, the pair form the nucleus of a growing artistic and craft set that is growing up in Mayo and she is equally passionate that the regions form the perfect backdrop for home-grown artwork with a globally appreciative audience.

“My father ran an agricultural supplies business outside Castlebar and I grew up surrounded by shapes and machinery and the world is your imagination.”

The land beneath her feet

The realisation that there was future for her in art came early. “My uncle would come home from America and all of these far-flung places that I’d never heard of with an exhibition under his belt and I started to realise that point, you could actually make a living out of art, and years later when I met Nigel and told him I wanted to be an artist he said he didn’t know any artists. It was funny at the time because, although there are little enclaves of artists around places like Westport, in Mayo art isn’t something that is on everybody’s radar.”

Sweeney is no conventional artist, preferring to use carpenter’s tools over traditional brushes. “My first influence was my uncle Ger who used to paint these photo-realistic canvases in a shed at the bottom of our hill and I was just fascinated with the smell of turpentine and oil paint. I got a real grá for it at that point and thought ‘oh my God, this is something I could do.”

After meeting Nigel – she inspired him to focus on becoming a goldsmith after he impressed her with a ring he made for her – Sweeney found that it opened up a whole creative conversation that was to lead them first to Kilkenny and onward to Stockholm to begin their careers.

While she studied art in college, her dad was concerned about how she would make a living from art. That concern wasn’t lost on Sweeney and hearing classmates say they’d live in a cardboard box as long as they could make art, she felt artists deserved better. “I was very conscious, thinking there’s a way of turning this into a business, you just have to think differently with it. 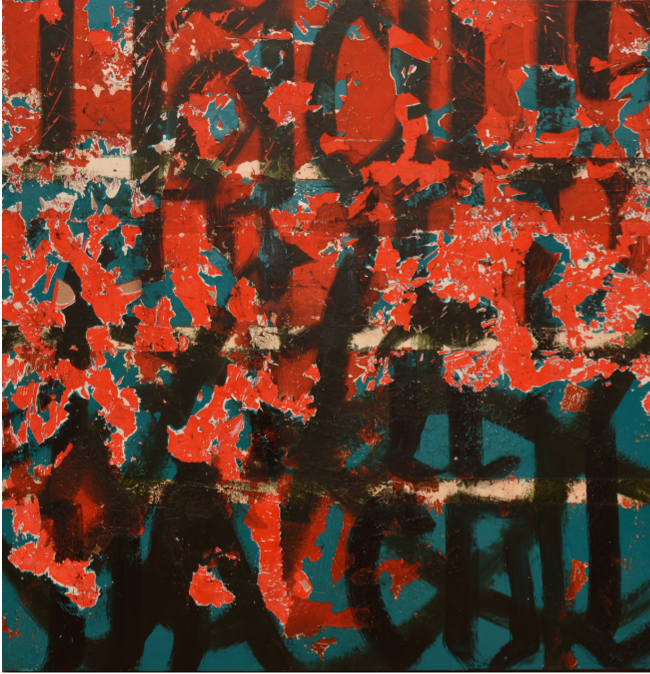 “From working in the family business, I think learning to speak and learning to talk to people is the first port of call for any sort of business. If you can’t communicate with your network, with people, you are never going to sell anything full-stop.”

After graduating from art college Sweeney applied for various exhibitions and worked in Kilkenny. She  and O’Reilly decided to emigrate to Stockholm on the advice of artist friends who said there was a much broader appreciation for art in Sweden.

Knocking on doors of studios felt futile for a while. “I remember my dad telling me sometimes it’s the last house on the road where you don’t think you will sell a bag of coal that will buy all of the coal off the truck. And sure enough the very last gallery I went to I met a woman called Ingela who ran the gallery whom she inherited from her dad and she loved the prints and took four of them that day. And over the course of weeks and months literally it just spiralled from there.”

Recalling Malcolm Gladwell’s book Outliers where he recommends spending 10,000 hours to become good at something or how The Beatles spent years in Hamburg playing to bars before becoming famous, the Stockholm years were pivotal to Sweeney’s development as an artist. “I spent hours and hours, days and days, painting and painting and the work started to develop and every connection I made was a different one and every exhibition became a sold-out exhibition.

“I think it was when my father flew over for one of those exhibitions, he put his hands on my shoulders and said: ‘I can’t believe this is what you’ve done.’

“And so, when I came back [to Ireland] I was able to hit the ground running. I had a couple of awards under my belt at that stage and continued to work in Sweden.”

Sweeney was also growing her online presence and sold a lot of her work in north America through Saatchi Art.

“Today my work generally leaves the studio now and goes to its final destination rather than necessarily having to have an exhibition between both.”

That said, when ThinkBusiness spoke with Sweeney, she was in the middle of planning to send her work to an exhibition in Connecticut to a museum focused on the theme of Irish emigration and The Famine.

She describes her work as a reflection of her obsession with rocks and textures, where a painting could be a chunk of a wall that time and weather has abandoned and “where you can see through these layers and there’s a sense of history about them.”

To Sweeney, location is hugely important to her work and often inspiration can come from walking around and taking photographs. “Location is important. Where we are from. The land beneath our feet. It makes us who we are and the generations that have gone before us. That’s where that inspiration comes from.” 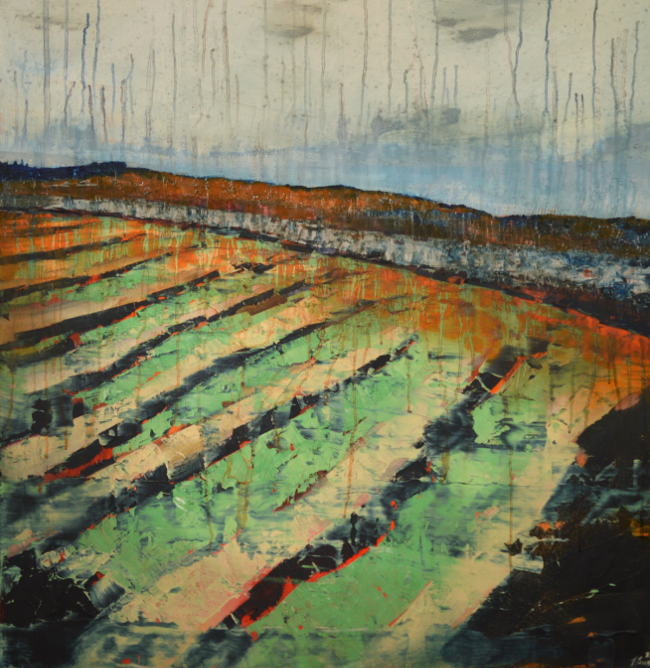 She adds that her sense of being a Mayo person is also important, the instinct for survival in a place that for many in Europe was the edge of the known world.

The arts industry is once again growing in the West of Ireland and Sweeney urges creators to communicate with their Local Enterprise Offices or bank managers about their ideas and think global.

“As long as you’re thinking on a global level your creative business can thrive.”

She urges artists to make the most of what grants are available and not to be deterred by rejection. “It’s irrelevant what some gallery somewhere thinks of you. At the end of the day it’s more relevant when a client is going to take some of your work. It is personal investment and sales that keep the turnover going and the money coming back into the companies.

“Don’t be afraid if you have a good idea for your creative business, and if you think your idea is strong don’t be afraid to talk to you bank. In fact, Bank of Ireland was incredibly helpful when we applied for an SCBI loan. Go to them, sit down with them and if your idea is valid enough a bank manager will look on you quite fondly.”

Sweeney also called to mind advice she received once from designer Sonya Lennon: “Decide where you want to be in 10 years’ time. And then you can start to make steps towards it. Don’t do it piecemeal. Decide what the end result is now and then you can create a track to get to that position.”