Podcast Ep 124: Aislinn Mahon from Huckletree warns that gender imbalance issues unresolved since before the pandemic could be rekindled by the great return.

Many workplaces have prompted the great return to the office and Tiktok is full of videos of bored staff in half empty offices attending Zoom or Teams meetings even though their colleagues are a desk away. Apple has summoned staff back on a 3-day minimum week while Elon Musk’s Tesla summoned everyone back whether they had offices to go to or not. If they failed to return it would be assumed they had resigned, they were told.

But as employees make decisions to return to the office on a full or part-time/hybrid basis, there is concern that gender imbalance could be stretched further and could give rise to inclusivity issues.

Aislinn Mahon from workspace provider Huckletree warns that employers will be under pressure to monitor new working practices to make sure everyone’s performance is recognised equally, regardless of whether they work from the office or not.

A top fear could be that those who are in the office will receive more “face time” with management and therefore will benefit from more recognition and preferential treatment.

Huckletree stands on the frontline of the issue, offering a haven for people who like to work remotely or in a shared workspace as well as hosting the offices of up-and-coming start-ups as well as multinationals establishing a beachhead in Ireland.

Irishman Andrew Lynch co-founded the Huckletree empire with Gabriela Hersham in the UK in 2014, building it into a major hub for scaling tech companies in hyper growth sectors. It has grown to support more than 3,000 members in more than 300 organisations across Ireland and the UK, including 75 in Dublin.

Huckletree has emerged as a vibrant hub for scaling tech companies in industries including fintech, SaaS and AI. The business now has five locations. As well as Dublin, it has a space in Manchester and four spaces in London (Soho, White City, Westminster and Shoreditch).

Is the future of work as flexible as it could be?

Mahon says that the business has an eagle’s eye view on businesses of various sizes are dealing with the hybrid and remote working reality. “The commonality behind most of the companies at Huckletree is that they really value their people and are willing to be flexible. They will have a hub at Huckletree in which people can work from if they need to, especially if they’re not set up at home, or if they prefer to be around other people. Others might be more introvert and prefer their own space.

“We keep talking about flexibility but it’s really not a one-size-fits all approach. Companies like Tesla that are mandating a return are quite unusual. They talk about their success coming from in-person collaboration and they’re a manufacturing company at their core. But it’s not something we are seeing; none of our companies are mandating staff must be in the office nine-to-five.”

That said, Mahon said she’s seeing more and more people coming into the office on their own volition or for training or brainstorming sessions when in-person meetings inspire energy and creativity.

There are many different flavours to hybrid. As Mahon said, people are opting to come in for a number of days per week while others are accessing remote working hubs in regional locations rather than trekking back into the city and enduring long commutes. But there is always going to be the question of when will employers decide enough is enough and a la Elon Musk lay down edicts.

And will a return to the office reopen old wounds when it comes to the nine-to-five grind?

Prior to the pandemic working parents for example, felt there was a stigma to having to leave early at 4.30pm to pick up their kids from the creche.

During the pandemic working parents – women in particular – felt that remote working made it actually harder to combine working from home with caring duties. Chambers Ireland research showed that 57% of women entrepreneurs felt working from home made it harder to do both.

Mahon is aware of all of these differences and stressed that the onus is on employers to ensure they create an inclusive workplace for all.

“We have a lot of working parents and our gender balance is 55/45 women-to-men, so we’re very aware. And of course not everyone has kids either. You can’t assume because you’re a woman you’re a carer. It’s about making work more inclusive for everyone. We have people that genuinely find it difficult to come in, they may have a disability or may be caring for a sick relative.”

Some people she notes are introverted and find the shift to remote working during the pandemic benefited them. These people will stubbornly hold onto this new way of working, possibly indefinitely. Others are extraverts who crave the hustle and bustle of a busy workplace or the optics of showing the boss they are keen by turning up early and leaving late, whether they are doing actual work or not.

“In an ideal world you should be able to work from anywhere as long as you’re performing and delivering on what you’ve agreed with your management team. There are some brilliant companies operating like this such as Boundless which is run by an amazing Irish entrepreneur Dee Coakley and they hire people from all over the world. They work agreed times and meet up every few weeks or months. It requires a completely different mindset change to the autocratic style which is leading by fear rather than motivation. Elon Musk’s ‘if you don’t come into the office we’ll assume you’ve resigned’ language is quite aggressive. They’re a great company and build genuine innovation, but it’s certainly not a management style I’d aspire to anyway.”

Observing businesses that have opted for hybrid, Mahon says that most of the activity appears to happen between Monday and Friday, with peaks on the middle three days of the week. “As a result we’re looking at bringing off-peak membership in for Mondays and Fridays and we’ve created ‘quiet zones’ for people who want to get into the flow and focus on more thoughtful, strategic work.”

On the issue of whether presenteeism will go against women who prefer to work from home, Mahon said that she has observed greater attendance in the office among younger women compared with senior women. To offset a knowledge gap, she encourages mentoring programmes as a way of sharing experience but also to spark more spontaneous conversations that are possibly missing from today’s workplace.

“It’s definitely an area I think we should all be more aware of. But I don’t think there’s one or a binary solution or answer. It’s about more of these conversations happening and for people to not be afraid to be authentic and talk about it.

“Ask for support when you need it and expect to receive this as well,” she advised. 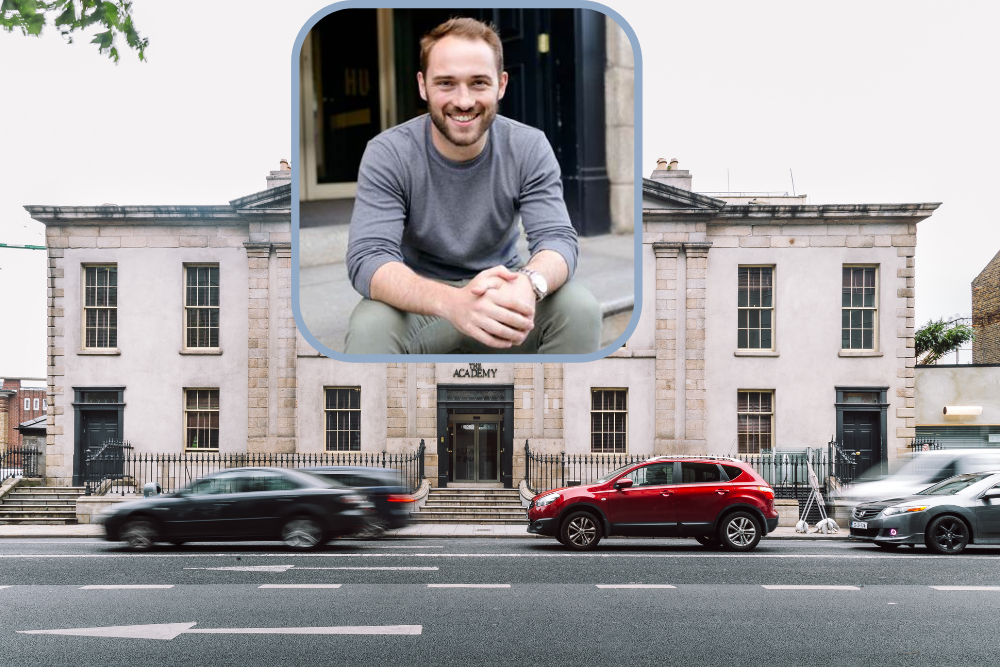