Podcast Ep 87 Brian Moran of NoCo talks about what the future working landscape could look like in Ireland and how it could support talent retention, reduce carbon emissions and boost local economies across Ireland.

Drivers could save an average of 2.5 hours of commuting time every day by using a remote working location. Not only that but 70pc of people would consider moving their home location if they could remote work

These are the findings from research conducted by hybrid workspace provider NoCo and Trinity College Dublin.

“If you’re working closer to home then you are going to be spending money closer to home and obviously there’s a trade-off in the carbon emissions, albeit an increase in the amount of energy you will use at home”

A key focus of the research was to measure the potential carbon emissions savings as well as travel time savings. The results indicate that a switch to working from a remote working hub for just three days a week could save a driver up to 14 days of travel time a year, saving approx. 670kg of CO2. Public transport users would save almost 11 days of commuting time, saving the equivalent of 2.19kg CO2 from these public transport trips.

38pc of people said the ability to spend more time in their local community would be a major benefit if they could switch over to working from a remote hub.

NoCo, which recently unveiled an expansion partnership with The National Association of Community Enterprise Centres’ (NACEC) and Enterprise Ireland, is now Ireland’s largest workspace network provider with remote working hubs in over 350 locations nationwide. The service enables companies to connect their team to a network of ‘close to home’ workspaces across Ireland via one membership, one monthly invoice and one point of contact.

The business was founded by Brian Moran and Frankie McSwiney. As well as having locations north, south and east of Dublin city as well as a partnership with Huckletree in Dublin city centre, No Co has forged partnership deals that expands its co-working reach beyond Dublin to Tralee, Naas, Portlaoise, Newtownmountkennedy, Carlow, Cork and Kilkenny.

NoCo’s service has the potential to boost local economies and encourage more community engagement in towns across Ireland, as well as providing the more rural areas with the opportunity to prosper and grow, both economically and socially.

“The original plan was to locate a network of workspaces in what would be traditionally known as commuter towns surrounding Dublin,” Moran told ThinkBusiness. “But since Covid hit what we’ve been doing is expanding our network of partner locations across the country and we have packaged it up onto one platform of partner locations so we can provide partners and clients one simple platform to access a closer-to-home worksplace for any amount of staff that might need it.”

While Ireland was supposed to open up on 22 October, the guidance from the Government is that workers who can continue to work remotely should do so. At the same time employers and employees are still in the dark about making a full return to the office and many still question what the hybrid future could look like. At the same time, new terms like “the great resignation” are haunting HR managers and CEOs alike as the war for talent reaches new levels of complexity.

“I don’t think there’s a one-size-fits all approach, “ Moran says. “There’s no blanket approach to this. The genesis of what we were doing was talent-based and it is driven by the increase in demand for flexibility among the talent in businesses.

“Even within organisations departments work differently, so when we’re talking about the new ways of working some people will just work better in the office while others work better in groups and some people are just happy to work on their own at home.

“I think there’s going to be an element of discovery in the next three-to-six months as people and organisations figure out these new ways of working.”

Moran said there’s a great opportunity for employers to use flexible working options as a way to attract talent but also as a talent retention tool.

“There was certainly an appetite from existing employees for years for flexible working options and now, after the pandemic, there’s a much greater emphasis on flexible working practices when considering a new move.”

One thing is certain, most workers do not miss the commute and with hundreds of thousands of workers clogging up the arteries of roads into large cities pre-pandemic, will there be an appetite for that sacrifice post-pandemic?

Moran sees an opportunity to grapple with key issues such as carbon emissions as well as boosting local economies if people can work closer to home.

“If you’re working closer to home then you are going to be spending money closer to home and obviously there’s a trade-off in the carbon emissions, albeit an increase in the amount of energy you will use at home.

“There are a huge amount of potential wins and massive opportunities from an employer and an employee’s perspective as well as for local economies and reducing carbon emissions.”

The digital future of banking is bright 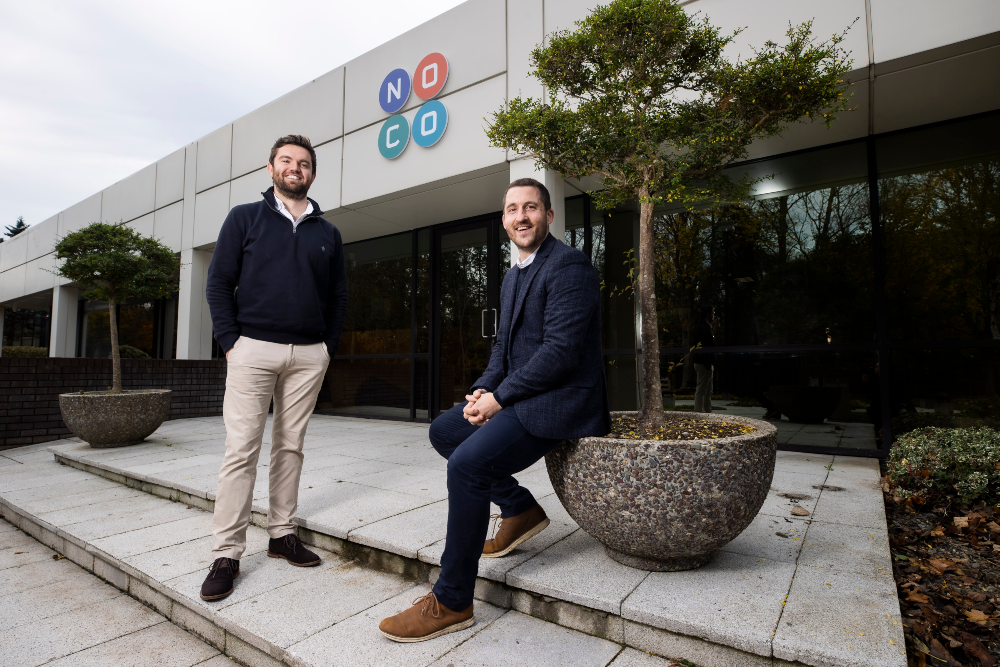 Starting with Swords, Property company NoCo is planning for the post-pandemic future of work across commuter towns surrounding Dublin.