DigitalHQ clg has announced the establishment of an academy for the digitalisation of localities and their small businesses in collaboration with the Western Development Commission.

The social enterprise DigitalHQ operates its national centre for digitalisation from its base in Dún Laoghaire Town with the support of Bank of Ireland.

DigitalHQ centre director Eoin Costello explained that the world is changing and people want a better work/life balance with access to new and emerging career opportunities, a better future for their kids, to do the right thing for the climate and for their community.

“The goal of our academy is to put a virtual hurley in the hands of communities so that they can use digital to unite to fight for investment, remote workers, home buyers, shoppers and visitors as a team with their local ConnectedHub as their rallying point and their smartphone as their ally”

At the same time, he said localities want to be vibrant communities of people and businesses which observe the needs of the circular economy, where existing buildings are used to their full potential, where commutes are as short as possible and are great places to work, rest and play.

“Putting a hub into a rural community without wrapping a digital first community around it is like starting a new GAA club without a supporters and volunteers association,” said Costello.

“The goal of our academy is to put a virtual hurley in the hands of communities so that they can use digital to unite to fight for investment, remote workers, home buyers, shoppers and visitors as a team with their local ConnectedHub as their rallying point and their smartphone as their ally.

“Thanks to support from the Connectedhubs fund and the Department of Community & Rural Development’s ARISE fund we believe that sharing the work of our social enterprise through our new academy can help inspire many communities in rural areas across Ireland to take control of their economic destiny through digital growth.”

The work of DigitalHQ’s digital growth living lab in Dun Laoghaire Town seeks to enable localities to deliver on these hopes.

Over the past five years the lab’s work in perfecting the use of digital tools and platforms for the digitalisation of a town, formed the basis of the town’s win at the .IE Digital Towns awards in 2021.

Based on feedback from enterprise support agencies their digitalisation frameworks are unique in Ireland, and in Europe too, based on the endorsements of their work received from the European DIGITAL SME Alliance and Placemaking Europe. Trinity College Dublin’s students of the MSc in Smart and Sustainable Cities are currently working on deepening key aspects of the DigitalHQ frameworks for digitalisation.

The DigitalHQ Academy takes a place-based approach to winning the battle for the hearts and minds of people in rural localities to use digital growth to take control of their economic destiny for their future prosperity. DigitalHQ’s mission in 2022 is to become ‘a trainer of trainers’ thereby empowering others across the country to act locally on the digital agenda.

Accordingly, the academy will provide training and capability development in digitalisation for managers/founders of hubs and members of digital activation steering groups for localities.

Earlier this year pilot training programmes of the DigitalHQ digitalisation frameworks were completed in collaboration with members of the ConnectedHubs.ie network, participating localities included Edgeworthstown, Blanchardstown Village, Mountrath, Edenderry, Tubbercurry, Knockmore and others.

“For ConnectedHubs to deliver on the change envisaged in Our Rural Future, it needs the critical mass that all stakeholders united locally and nationally can deliver,” said Tomás Ó Síocháin, CEO of the Western Development Commission.

“In the 21st century localities need to start thinking of themselves as platforms for jobs and homes, digital provides a way to do this and DigitalHQ are leading the way in showing how this can be done in a collaborative way.

“I am delighted to accept DigitalHQ’s invitation to become an honorary patron to this social enterprise whose ambition is to change the face of rural Ireland through digital growth. In doing so I will be joining DigitalHQ’s other honorary patrons, well known economist Jim Power and Dún Laoghaire Rathdown TD Jennifer Carroll MacNeill.”

“As honorary patron, I am delighted to see DigitalHQ bringing their work in Dún Laoghaire to the national level through the new Academy,” Jennifer Carroll MacNeill, T.D. for Dún Laoghaire Rathdown, said.

“The European Union has stated its objective is to make this ‘Europe’s Digital Decade’ and I am very pleased that Minister Heather Humphreys and the Department of Community & Rural Development are supporting DigitalHQ’s work in rural economic development through digital as what they are doing is unique and much needed.”

The creation and promotion of the DigitalHQ Academy, and its work as a social enterprise, was made possible through funding from a number of sources: 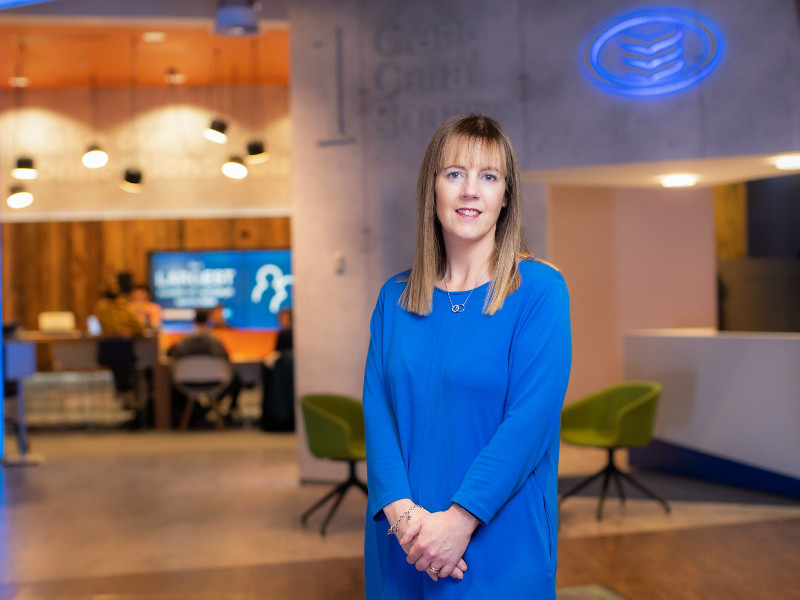 ‘It’s about enabling communities to thrive’

Bank of Ireland’s Áine McCleary talks to ThinkBusiness about judging NETA 2019 and how she has been moved by the spirit of community she has experienced. 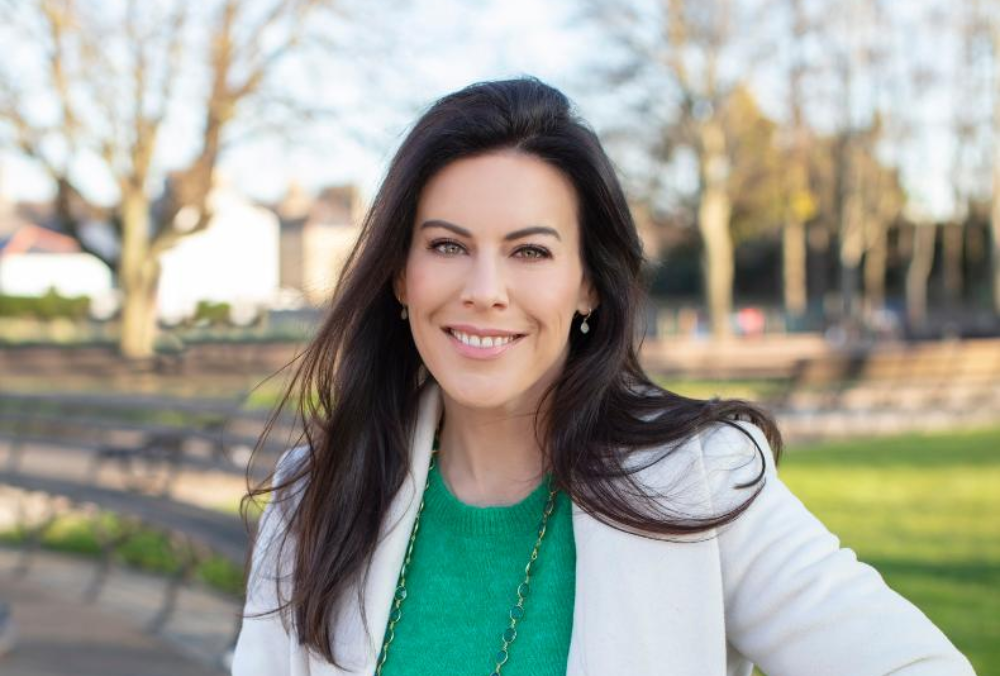 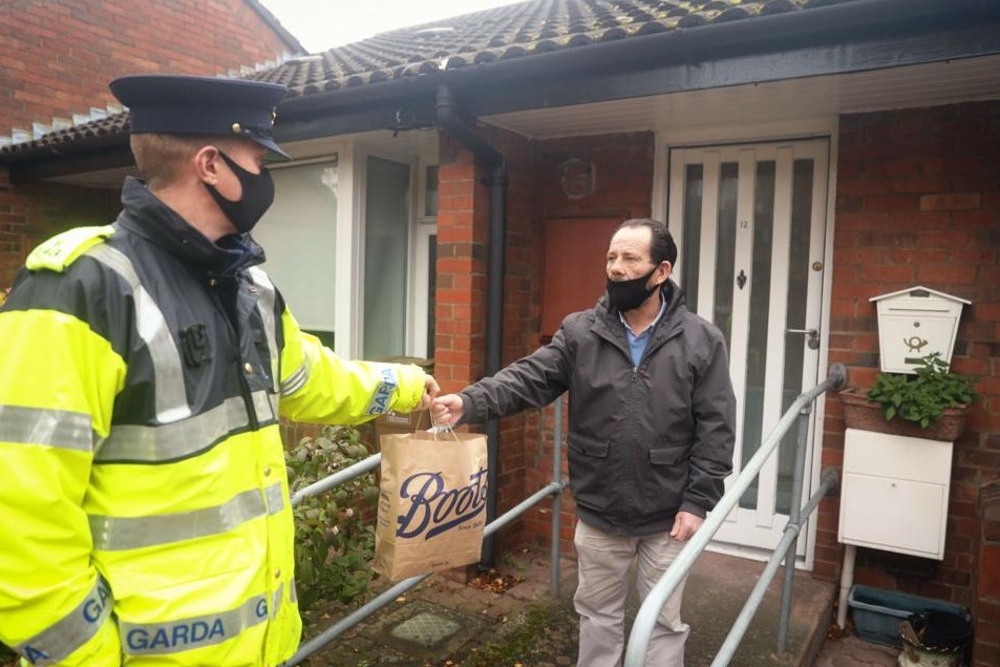 A south Dublin Christmas tale about the power of community

Ranelagh Community Response, an initiative to support elderly and vulnerable people, in south Dublin during Covid, has sparked strong business and community support.