SMEs are still behind their larger counterparts in the use of digital tools to increase productivity, scale-up and innovate. New innovations in mobile via 5G could change this, says Sheila Kavanagh, network director at Vodafone.

“The pandemic accelerated the digitalisation era,” says Kavanagh as we share memories and reminisce on how technology – especially mobile technology – has evolved in just a few decades.

“Everywhere we have 3G today we want to have 4G and 5G. Effectively what we are doing is using the spectrum that 3G is on today and upgrading the hardware across the sites for 4G and 5G”

From the first SMS message 30 years ago to 3G licenses in 2002, the spread of 4G across the land in recent years to the gradual introduction of 5G in industrial processes today and the gradual phasing out of 3G, it’s hard to imagine any business in Ireland not being a digital business in 2023.

According to Vodafone research, 70% of Irish businesses are keen to invest further in their digitalisation capability. However, many are still behind their larger corporate counterparts in terms of the use of tools to increase productivity, scale-up and innovate.

The pandemic changed this, somewhat, but there is still some distance to go, says Kavanagh who prior to taking up the role of network director of Vodafone was CTO of the mobile network giant’s operations in Malta.

Before entering a career in telecoms, Kavanagh’s first love was physics and she planned to become a teacher after studying science at UCD, specialising in physics and maths. Despite coming from a school where physics was a prized subject, she was only one of six women out of 30 in her university science class, making her keenly aware of the need for more women to study STEM (science, technology, engineering and maths) subjects. When she joined Eircell (subsequently bought by Vodafone) after graduating in the early 1990s, she was the first woman graduate to be recruited into the mobile operator’s engineering division.

“This is not only an investment in cities and urban areas, it is a nationwide uplift that we’re talking about. It will also be rural and will bring more inclusivity”

Ireland went into lockdown while Kavanagh was transitioning with her family from Malta and she used the opportunity to locate the family in Wexford, from where she works on a hybrid basis between the Vodafone offices in Dublin.

“Digital has never been more relevant and the pandemic emphasised the importance of communications technologies, since everyone had to work from home. As a business, it transformed us as well. In fact all businesses have transformed as a result and it accelerated the digitalisation era.”

While many eyes are on what fifth generation (5G) will mean for homes and businesses, the technology is still in its infancy. Kavanagh believes it won’t evolve in the same way as the previous generations where the effort went into trying to cover swathes of the population and landscape with 3G and 4G. Instead, 5G will be a more precise matter and 4G will play a crucial role for years to come.

“4G has been the big enabler for digitalisation. It means that no matter where you are or what you’re doing you can use data on the move to run your business. I’m not saying that it is overtaking fixed-line capability, but it is just as good in so many aspects and you want your experience to be as good when you’re on the move.

“And that’s the evolution of the mobile network. 5G is still in its early days. However there is another evolution coming. We can do our email, our Teams calls, and more, really well on 4G.” To emphasise her point, a scheduled power outage at her home on the morning of our conversation knocked out her Wi-Fi, but Kavanagh didn’t miss a beat work-wise.

While everyone is looking for the next killer app to change the world, Kavanagh is quite confident that the next killer application will be within 5G itself. “The next killer app will be zero latency. Imagine what’s possible with just less than a millisecond of latency – so many mission critical things ranging from surgery to a broadcast from a sports event will be possible.

“We’re hearing a lot about things like the metaverse, for example, not to mention augmented and virtual reality, but to enjoy that kind of transmission you will need zero latency and that could still be a few years away.”

Just like with online gaming, the higher the broadband and the lower the latency, the better the experience. “It’s early days but I can see a new wave of technology coming and the foundations of that wave will be 5G to enable that.”

But as we mentioned earlier, 5G won’t enjoy the vast blanket coverage that previous 3G and 4G networks have and still enjoy. It will begin as a more precise affair, with a concentration of antennae in urban areas or around factory floors to guarantee the low latency experience.

“5G is definitely more robust. When you look at large capacity venues like stadiums, 5G stands up much better in terms of resilience and capability from a capacity point of view.”

That said, the earliest use cases for 5G will most likely be industrial and in Ireland Vodafone is already working with businesses to deploy 5G in concert with internet of things (IoT) devices on factory floors.

Supporting SMEs as a partner on their digital journey is also a crucial focus for the mobile operator.

These include SMEs like Flying Elephant who pivoted their events business during the pandemic. Equipped with reliable connectivity from Vodafone, they were able to make the most of their digital know-how to launch online very quickly and began using the leftover materials to make bespoke office furniture for employees now working remotely.

Kerry-based technology company, Net Feasa is reimagining freight logistics with IoT. They have teamed up with Vodafone to deliver a globally connected intermodal smart container solution (IoTPASS) for the freight logistics industry. Using Vodafone’s global IoT network, Net Feasa can track individual containers and, using AI, it can predict if the container is on a truck, a ship a train or waiting in Port. Therefore, creating efficiencies and easing pressure on global supply chains by enhancing their digital connections.

During the pandemic, Kavanagh said she saw traffic on the 4G network grow 75%. At the same time between 25% and 30% of smartphone handsets in the Irish market are 5G-ready.

“Our focus has been on the cities because that’s where the main penetration of these handsets are. But we do have a nationwide 5G capability as well. It’s all about pacing the investment and making the investments in the right time and place where customers need it and I think we’ve gotten that piece right.

The next evolution in the use of 5G in Ireland will be the onset of edge computing, bringing data centre capabilities closer to the business by placing the processing power on the network edge.

“The 5G network will effectively give you your own private network within industry or the enterprise. As well as manufacturing this could have applications for agriculture, where IoT devices can be used to help farmers with carbon emissions, or for industry where large-scale organisations can manage their businesses more efficiently.”

So if 4G is well ingrained in work and society and 5G is about to become more prevalent, what does this mean for good old 3G which has served as a data and internet workhorse for almost 20 years?

“It’s a super question People talk about shutting down 3G and to be honest I don’t think we should use that narrative. What we are actually doing is upgrading it. So everywhere we have 3G today we want to have 4G and 5G. Effectively what we are doing is using the spectrum that 3G is on today and upgrading the hardware across the sites for 4G and 5G.

“So it’s more of an upgrade programme than the retirement of an old technology and offering customers a better services. And Vodafone Ireland is at the forefront of that evolution in Ireland.

“Over the next 18 to 24 months we will be retiring 3G but bringing 4G and 5G in instead. In doing so we will be enabling the gigabit society. This will enhance the customer experience and give them more seamless connectivity. This is not only an investment in cities and urban areas, it is a nationwide uplift that we’re talking about. It will also be rural and will bring more inclusivity.” 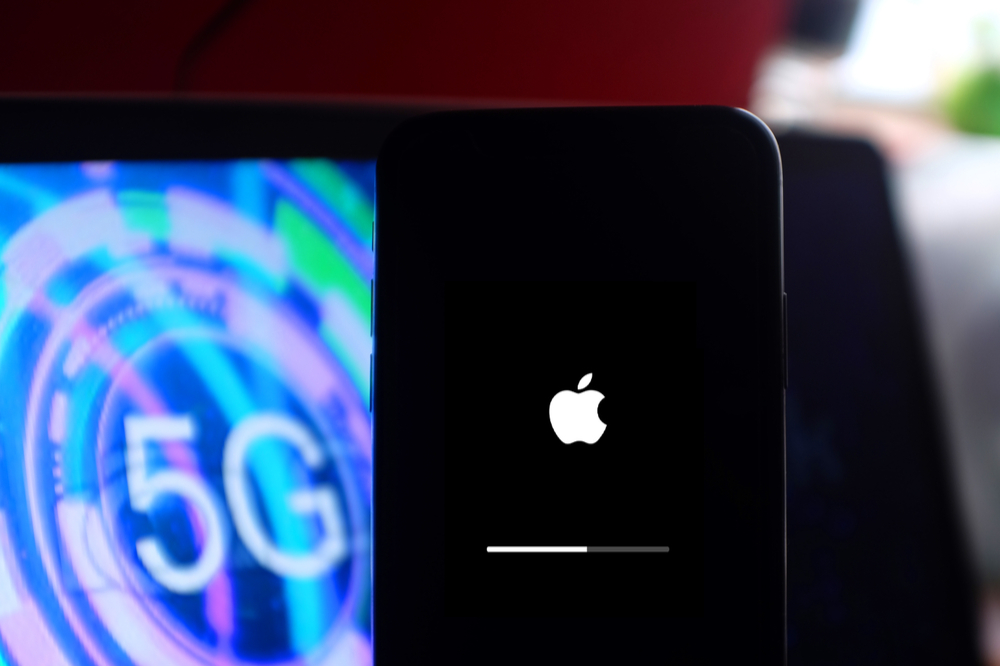 The launch of new Apple iPhone 12 devices this week may spark a “5G super cycle.” Here are Irish tech firms powering the next generation of mobile. 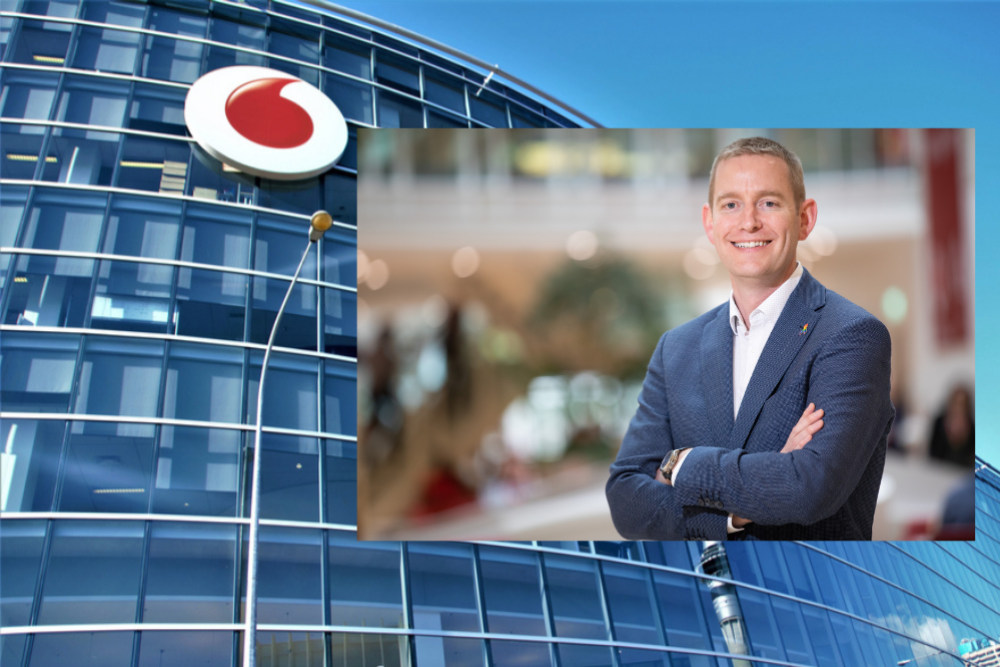 Vodafone Ireland’s HR director James Magill talks to John Kennedy about navigating its 1,200 Irish workforce through the pandemic and its new 60/40 hybrid model. 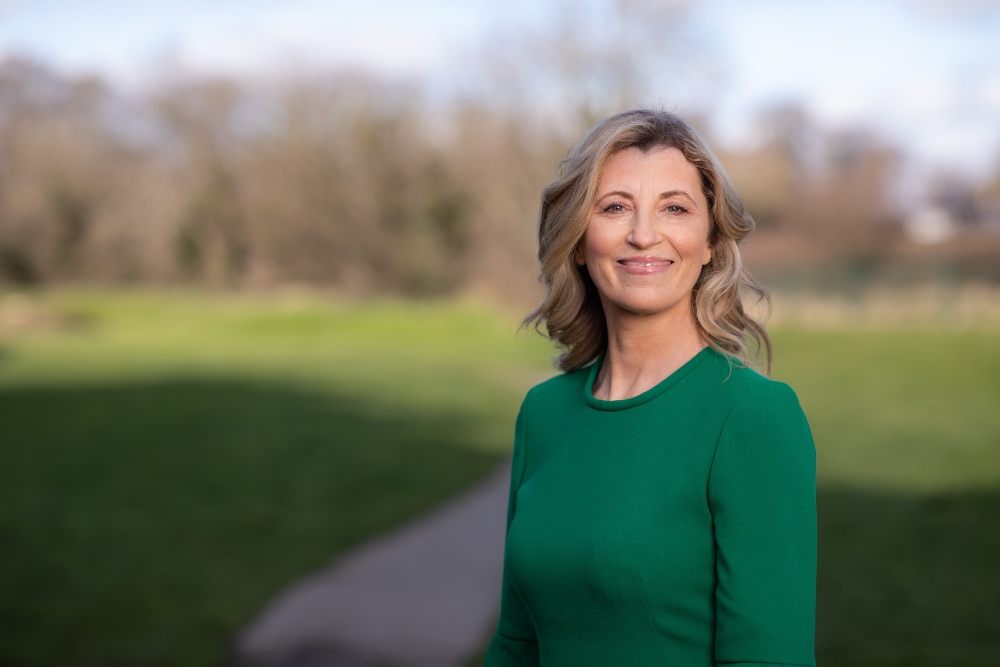 Vodafone Ireland’s managing director of Business Sinéad Bryan says the rate of digital transformation among businesses since the pandemic began has been unprecedented.