With ash stocks running low, Torpey investigated the use of bamboo as an additional material for its hurleys. It proved to be the decision of champions.

For decades Torpey have been the choice of hurling champions. Whether taking to the field for your first match, securing your first win, to the ultimate prize of winning the All-Ireland Championship, Torpey products including its Bambú range of hurleys, have performed consistently at all levels of the GAA.

Established in 1981 by John Torpey and continued to this day by his son Sean, the business has built its traditions in the sport of hurling through grassroots development and involvement in the community.

“Ethics are a large part of what we do and we wanted to ensure that the material was ethically sourced. We manufacture everything in our own factory, we don’t outsource, and that is something we are passionate about”

A key characteristic of the business has been learning and development of new products and innovations, working hand in hand with the players.

Sean Torpey told ThinkBusiness that the decision to add bamboo as a material was an inspired choice with 80pc of respondents to a survey of players saying they prefer the Bambú hurleys made from bamboo to the traditional ash hurley. With support from Bank of Ireland Torpey was able to turn its vision for Bambú hurleys into a reality.

The design and manufacture of hurleys by the Torpeys goes back generations. “The first person in my family to make hurleys would have been my granduncle ‘Pop’ Torpey who used to make his own hurleys back in the 1930s. He shared his knowledge with my father who really had love and passion for the uniqueness of creating a hurley and also hurling as a sport. 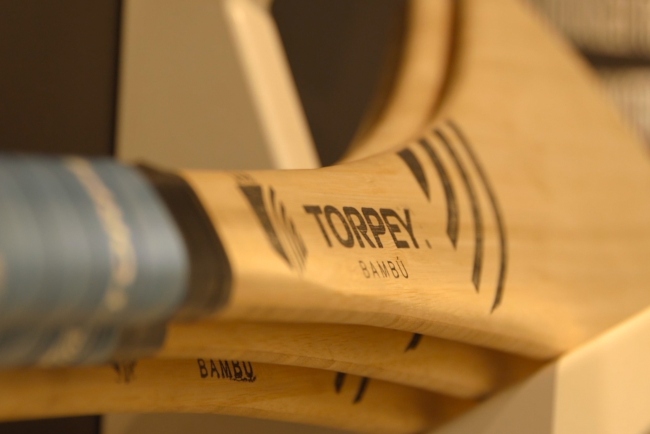 “My dad worked at one of the biggest timber importers in the world and from his 20s learned how to handle and store timber. In the 1960s he took over the family farm and started making a few hurleys for the local players. Word spread and he decided to go into business.

Sean recalls: “He decided that he may as well do something permanently as he was getting too busy making hurleys and took the plunge and started his own business in 1981.”

He said his father was always an innovative person, constantly looking at ways of improving his products. “Any improvement he could make he would. The business really took off when Clare won the 1995 All-Ireland Senior Hurling Championship and defeated Offaly. At that time up to 12 members of the team would have been using our hurleys. People took notice and were wondering what Clare were doing differently, how did they come from nowhere. Obviously, it was down to the players’ skills. But people began to notice our hurleys and it grew from there.”

Ash has been the predominant material for hurleys. “It’s a very unique material as well as offering high strength, it is highly flexible. It can take the impacts that happen in hurley and camogie and it is robust, but at the same time it is durable and can protect players from serious injury at the same time. The problem is that ash has always been a scarce enough material and we’ve always found it hard to get high quality ash regularly.”

Characteristic Torpey ingenuity led to Sean’s father sourcing high quality ash from the Netherlands and the business has been sourcing ash from there for the past 25 years, aware of the quality of the ash that benefits from nutrients embedded in the moist soil of the Dutch polders.

However, despite this steady seam of supply, the pressure to source regular supplies of precious ash wood remained. 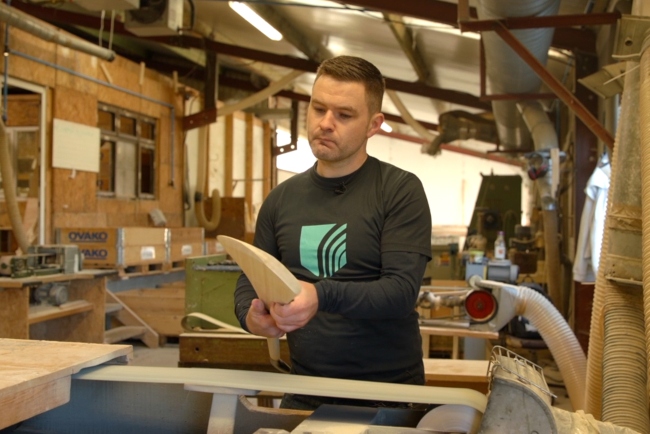 After graduating from university in the UK with a first-class degree in sports engineering, Sean Torpey went to work with the innovation team at Adidas. “I got to see high level innovation happening in front of my eyes and it was really inspirational.”

Sean’s return to Ireland in 2013 coincided with a worsening of the global ash supply chain and father and son were deeply concerned about the impact this could have on the quality of their products and maintaining brand integrity.

“We were also thinking about the environmental situation too and we wanted to continue to produce products using natural materials. It came to my attention that builders building skyscrapers in China were using bamboo for scaffolding and I decided to research the material.

“We learned that a lot of wooden materials we think are wood are actually made from bamboo. We did our research and we made sure to build up a really good supply chain before we launched our first Bambú hurleys. Ethics are a large part of what we do and we wanted to ensure that the material was ethically sourced. We manufacture everything in our own factory, we don’t outsource, and that is something we are passionate about.”

Intense focus on durability and quality resulted in the first Bambú hurleys. “We were delighted we succeeded in creating something natural but with similar attributes to ash.”

The secret sauce behind Bambú hurleys is in the manufacturing. “We have to work with the raw material to develop it progressively into the final product and a lot of work has to go into it before it is recognisable as the Bambú hurley.”

Asked if there was pushback from traditional GAA circles over the new material hurleys, Sean Torpey says the devil was in the detail, or in this case the data. “If we wanted to, we could have launched the Bambú hurleys three years earlier but we worked with universities to develop data and independent tests. New materials aren’t new to hurling and many hurleys have been produced through the years using carbon fibre and other synthetic materials. But if the R&D isn’t done right the customers will ultimately tell you whether you have a good enough product or not.

“We knew the product was good and that this material had a chance. So, we tested it and tested it and the data was proving that it was reliable. Once we had that data we then started blind testing the new hurleys with players and I presented them to the likes of Tony Kelly and Sean Finn, some of the biggest names in the sport and while we keep some of the best ash for them, the kind of feedback they gave us about the Bambú hurleys was ‘Sean, I’d actually be comfortable using this, no problem. I don’t see any difference’. Limerick’s Gearoid Hegarty scored 2-2 in the All-Ireland Final in August 2021 with a Bambú hurley. 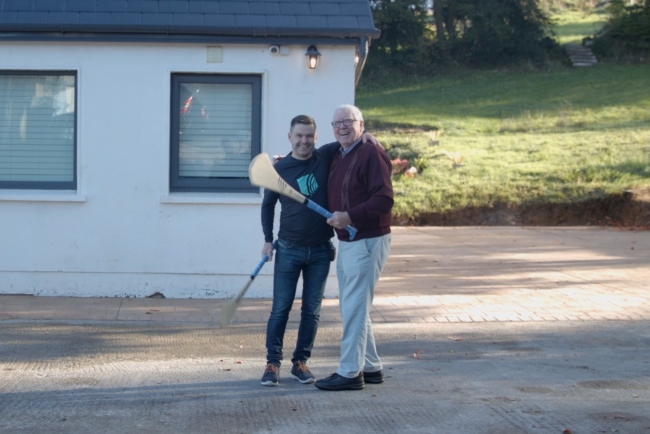 Sean with his father John Torpey

“We always work with the players and that creates a lot of trust. The Covid-19 lockdown in 2020 also gave many players a chance to familiarise themselves with the Bambú hurleys and they were impressed with the balance and the consistency and how good their strikes are with them.”

Sean says the future for Torpey is to keep iterating but also to keep innovating.

The business also has an eye on sustainability. “Bamboo grows to five meters per year and can be harvested after five years. Whereas an ash tree has to grow for 40 to 50 years.”

The business sells its products through a dual bricks-and-mortar and online sales platform and Torpey says customer care is a prerequisite. “People drive huge distances to buy our products. But we’ve also tried to just make it easier for everybody too by having a great online system and to back that up with quality customer care.

“As long as we have ash, we will make great ash hurleys, and Bambú hurleys are really just another option for the players. It’s really up to the players what they choose after that. All we can do is offer choice and ensure that we make great products to stand over.” 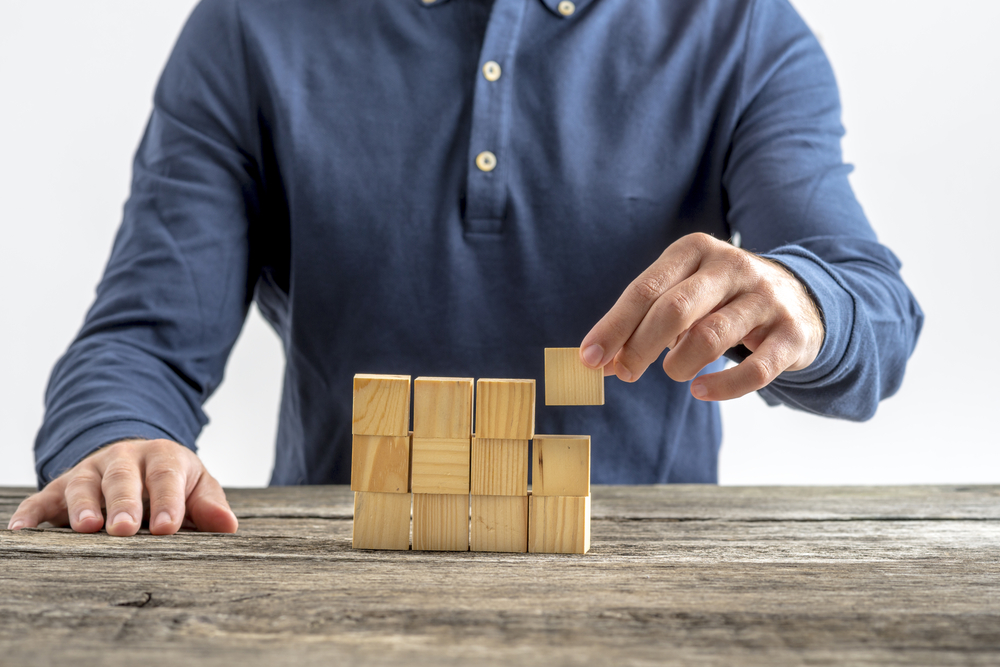 Resources for starting and growing a business in Ireland

Starting or growing your business? Here’s a useful guide to resources, finance, supports, grants, allowances, accelerators and programmes in Ireland. 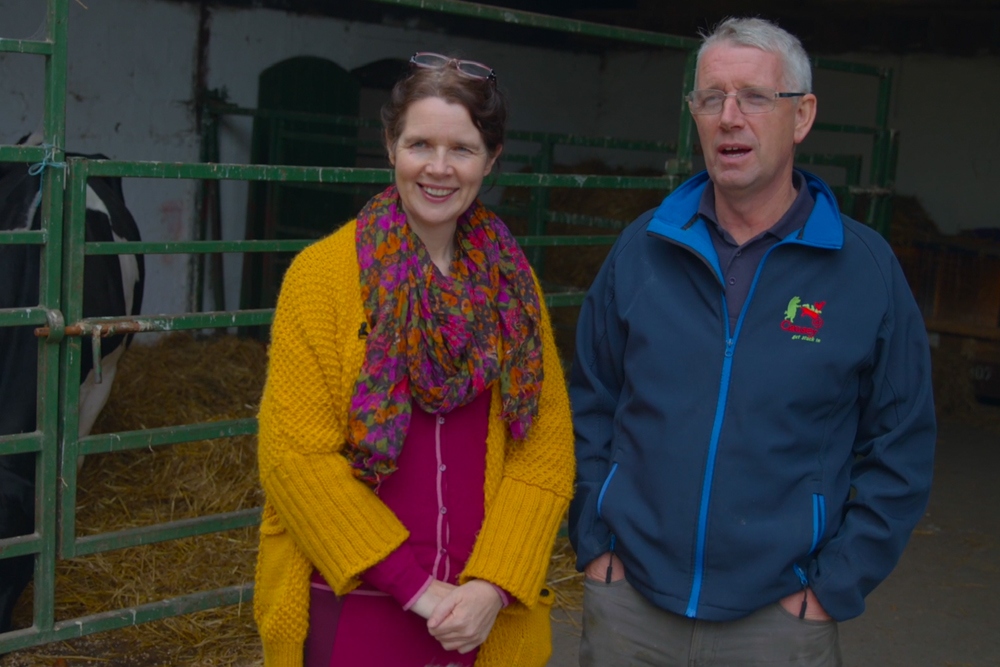 Causey Farm connects our rural past and future

A family business, an agribusiness, a tourism business: How generations of the Murtagh family embraced diversification to make Causey Farm thrive. 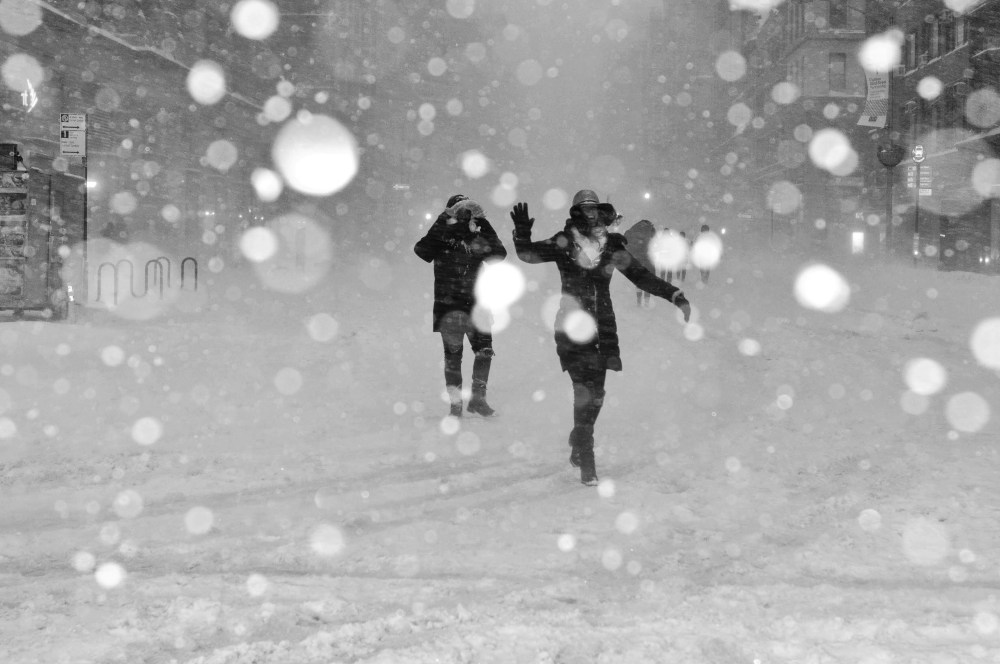 Here are 26 Irish sports and fitness businesses to check out for festive gift ideas.