StreamFox is a new Irish company that has its finger on the pulse for creating immersive, virtual live events for businesses.

The Covid-19 crisis has upended the traditional events business and bringing people together is not going to be the way it used to be some time. A new Irish start-up StreamFox led by two veterans of the film and broadcasting world is on a mission to bring back the magic of events through interactive digital media.

StreamFox is a collaborative effort between Adam Brennan of FKU Productions and Conchubhair Mac Lochlainn of Acmhainní Teoranta.

“The current pandemic has scattered people in a way we have not experienced in generations,” explains Mac Lochlainn. “Marketeers still often rely on gathering groups of people together in order to spark conversation. Our bespoke virtual event solutions offer an alternative, interactive way to gather audiences without the need for a physical space, which is unlikely to be the norm again for quite some time.

“Video marketing and live events have both been part of the marketing toolkit for a long time, because they work. We’re operating at the point at which they merge,” he said.

The magic of events rekindled 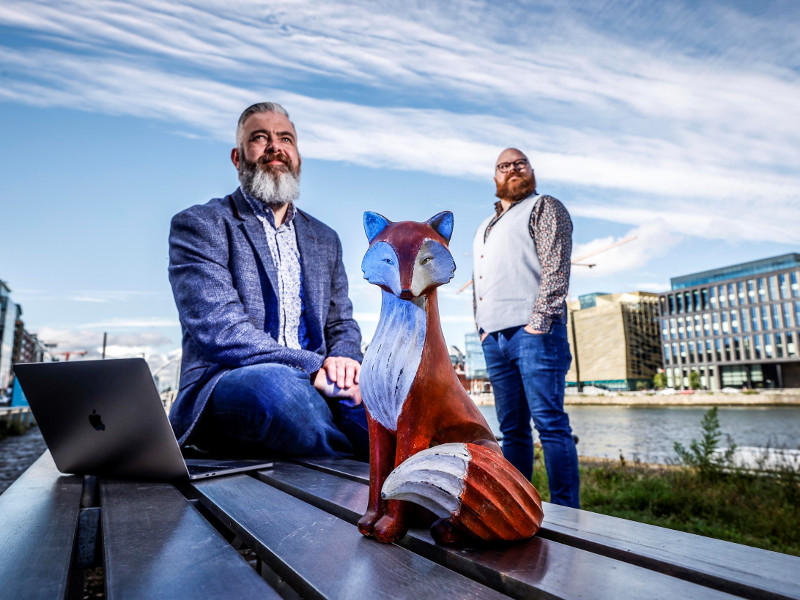 Through the StreamFox platform live events are catered for in the virtual world along with the production of high-quality recordings of what happened, for later edit and upload elsewhere.

“We are likely, eventually, to start gathering people together again, but the future of such events is probably some sort of hybrid, with smaller, more select audiences of influencers and stakeholders physically attending,” explained Brennan. “The wider global audience can attend the virtual event from the comfort of their own homes/offices.

“We can broadcast the event to the world, but we also offer the capability to gather initial thoughts from that audience in order to build an archive of marketing content for complementary campaigns.”

Because of the disruption caused by the Covid-19 crisis worldwide, the medium of video has never been more centre-stage. 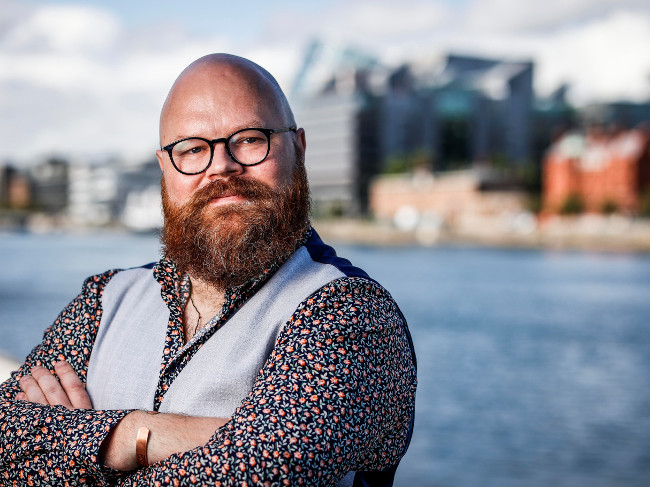 But crucially, people will want more from interactive events than glorified Zoom or Teams calls. They want the inclusiveness and magic that only a crowd and a shared experience can really provide.

“We all know that video is still growing exponentially in terms of internet traffic and is expected to account for 82pc of all online traffic by the end of 2021),” said Mac Lochlainn. “And streaming was always going to be the next huge step in that arena. But the global pandemic has really accelerated that process, as individuals and organisations all over the planet had to get used to new ways of operating.

“The fact that we’ve all got older relatives and friends who are now well-versed with the intricacies of Zoom meetings shows just how used people have become to conversing with each other online, and how quickly.

“This whole arena is no longer the sole preserve of the gaming community and the tech-savvy. My own mother celebrated her 70th birthday with a full exercise and yoga class conducted purely over Zoom in June” Mac Lochlainn added.

The StreamFox team say that they’ve noticed an increase in demand for ‘live marketing’, whereby streaming is about to replace the role of event-based marketing, where an audience would be assembled for a product launch / demonstration / conference.

“We don’t predict a return to large numbers of people gathering for such events any time soon, but want to bring that level of functionality to our clients’ marketing efforts,” said Brennan. “It’s our job to help them speak to people who can’t physically be there with them, and make their offering sing while we’re doing it.”

The future of events

“We believe that every event deserves an equal amount of consideration and should feel unique in its own right,” said Mac Lochlainn. “Whether it is a conference, tech event, product launch or a live gig, we want your guests to experience something unique.

“We spend a lot of our time thinking about ways to identify elements of client events that can be expanded upon, be it with added content, or gamification – Think interactive games, live podcasts and Q and A panels.

“Each of these elements offer a richer, more enjoyable experience to our client’s audiences, and retain them at events for longer. We can all sit and watch TedTalks all day whenever we want, so how do we break out of that into the more experiential, and offer audiences an event they’ll remember fondly and speak about with their peers?

“The added bonus is that each of these elements is designed to increase ticket sales,” Mac Lochlainn added. 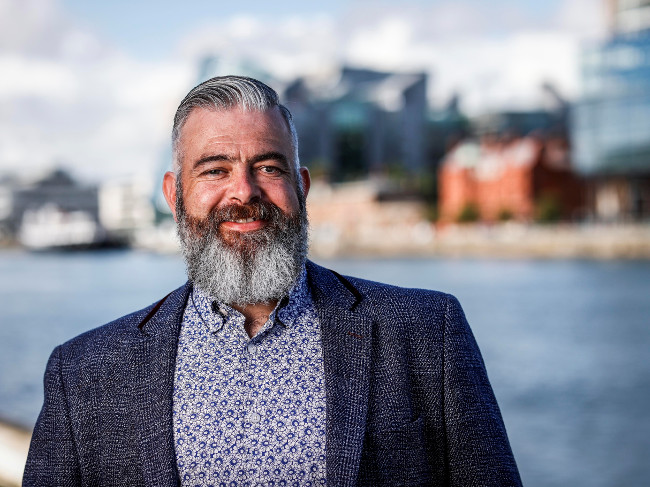 The team works with clients to create a vision for their production and translate it, via a virtual event, for a global audience, using all of the creative and technological tools they have at our disposal.

“Our core product is based around virtual events, presented as live streams”

“The technology available to us in 2020 is practically limitless and already goes beyond our national broadband capabilities,” Brennan explains.

“But with 5G and Starlink soon arriving the world is going to open up even further, and one day soon we believe we will be able to stream just as effectively from a mountain top as we can from the convention centre. We strongly believe in ensuring that our clients’ events are broadcast from the perfect location, not the location we have.

“Multi-camera, multi-platform virtual events are outside of the technical capability for many business owners, but that is just par for the course for us at StreamFox.

“If live marketing is your goal, our access to a mix of NDI and API solutions means you can just keep stacking options on top with live chat, video calls, live polls, bespoke graphics and live, professionally-mixed audio.

“We can break your audience out into different rooms at the click of a mouse, we can broadcast your vision to the world. If your goal is to move your existing event into the virtual space, we can provide all of the above, plus web design, scheduling services, online ticket sales and registration, and any other options that ensure an enjoyable and exciting audience experience.”

Mac Lochlainn adds: “Our core product is based around virtual events, presented as live streams. The pandemic has meant that for the foreseeable future events are off. Conferences are off. Gigs are off. Indoor gatherings of large numbers of people are just not going to be a feature in our lives for the next while.

“That’s where we step in. Dependent on client need, we use a bespoke combination of professional platforms to build all the functionality they’d usually be able to produce organically by inviting an audience to a central venue, record High Definition and up to 4K footage on multiple cameras, and send a stable high-quality broadcast as far as the platform of their choice. We can help with set design, location scouting, live audio mixing, and anything else that might be needed for a successful virtual event.” 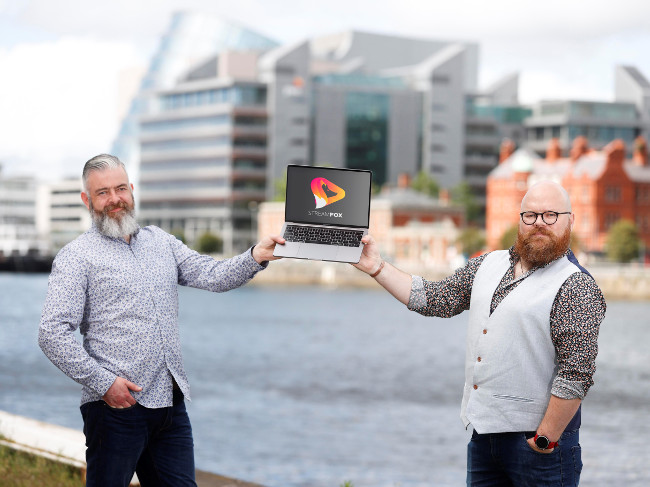 Both Adam Brennan and Conchubhair Mac Lochlainn have between them a combined 30 years producing digital media and film and have experienced every facet of the industry.

“The choice was simple – adapt or die. We chose adapt”

Recently Brennan claimed a world-first when he produced a movie called Devolved which was shot entirely on Zoom during lockdown.

“We’re both Monaghan men, with Conchubhair now working out of a base in Trim, Co Meath, but we both spend large parts of our lives on the road, helping clients the length and breadth of Ireland.

“We’ve both got reasonably successful digital video agencies with track records of delivering on any project, regardless of size. But the Covid19 pandemic has decimated that marketplace more so than many others. There is nothing happening.

“Therefore, we decided to identify areas where our combined skillsets could be applied to this new reality, and together we founded StreamFox.

“The choice was simple – adapt or die. We chose adapt. When everything hits the wall, people understandably look at marketing as the low-hanging fruit, and somewhere savings can be made. That doesn’t mean they no longer want to talk to their customers, but they’ve had to hit pause while they figure out how.

“That’s why we founded StreamFox – to give our clients a new avenue to cut through the Covid-19 interference, and get noticed.”

“We’ve also spotted that there are huge outside broadcast companies that can offer massive event solutions to clients with deeper pockets, and there are smaller operations that can offer two cameras and a switcher for smaller events, but there’s not a lot in the middle. Where do SMEs with a new product / offering go to affect the behaviour of their audience?”

“At the moment we operate in that middle ground,” added Mac Lochlainn. “Our solution is modular, so we can tackle anything from a simple two-camera multi-platform solution, right through to something on the level of largescale software/hardware launches. Theoretically, we could provide a solution to make sure there’s a Eurovision next year, behind closed doors with no audience. Now whether that’s a good idea or not is a whole other question. “

As Monaghan men, the entrepreneurial streak comes naturally to Brennan and Mac Lochlainn.

“Filmmakers are at their very core, creators. They build an immersive world for us to inhabit ”

“For right or for wrong, there can be a bit of a perception that it’s a forgotten county, so people have gotten on with it themselves. There are some world-beating companies in the area, and when it comes to success, if you want to be it, you have to see it.

“The longer Conchubhair spends in Meath, it’s beginning to dawn that it’s largely the same – look at the success they’ve had globally with horse-racing and bloodstock as just one example.  We’ve both been working on the start-up scene in Dublin for long enough to know that Ireland, and especially Dublin, is thriving in terms of software solutions, and fintech in particular. A lot of people would look to Israel, certainly for software, but there’s nothing stopping Ireland competing on that level or stage.”

Their advice to fellow founders? “Adapt, innovate and collaborate. If ever there was a time for freelancers and individuals working in the gig economy to collaborate, this is it,” said Mac Lochlainn. “We were both quite happy with the way things were going prior to the pandemic, we both had our own operation, our own client base and subbed each other in as needed, and we know that was mirrored by other agencies throughout the country.

“There’s a lot to be said for that, because you are answerable only to yourself for the most part, but the issue is, when you are living on your own small island the chances of being swept away by the Covid wave is exponentially higher, so the logical step was to combine our efforts and shore up those defences.

“We appreciate it can be daunting and a big step, but the alternative was much more worrying to us and running for cover and hoping for the best was just too uncertain a prospect.”

Looking to the future, they believe the visual medium will be critical for brands and people to coalesce.

“Personally, we think film and television producers are going to set the benchmark for how we can function in this new reality,” Mac Lochlainn said. “Filmmakers are at their very core, creators. They build an immersive world for us to inhabit and it is not always something they necessarily have a choice in – ultimately creators need to create like everyone else needs to breath. So, this is not going to hold them back from their goal.”

Businesses told to get ready for a ‘hard’ Brexit