Jean Evans from Venture Network Ireland reveals the new way to network in a time of social distancing and meetings via Zoom.

Networking has long been seen as a powerful way to grow a business.

Building relationships with other business owners helps get your own organisation in front of new audiences.

“With a bit of effort networking over Zoom, or any online platform, can be as effective as meeting up face-to-face”

New partnerships and collaborations might form from opportunities that arise. Plus you get access to your own board of directors in the form of your fellow networkers.

But how do you leverage all of these benefits when meeting up in-person is suddenly off the table?

Networking then and networking now 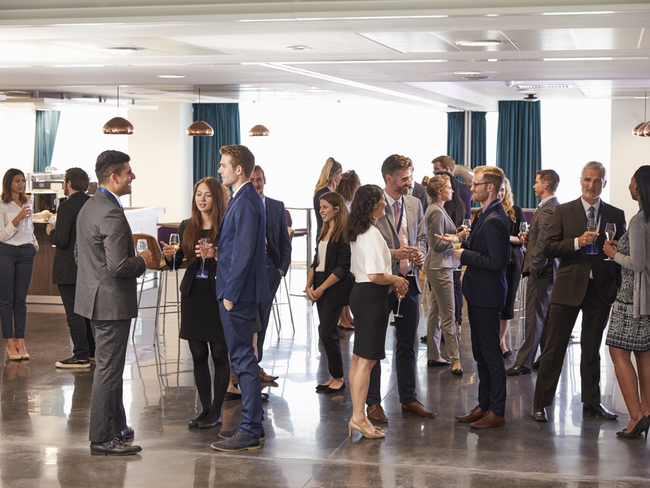 Let’s be honest, the camaraderie that comes with networking can be an added balm.

Running a business is not for the faint of heart, even without pandemics sweeping the globe. Meeting up with fellow professionals experiencing the same challenges, and wins too, fosters affection and real friendships. A bit of banter often creates even stronger business relationships.

Most of us developed our networking strategies by attending weekly meetings in a hotel conference room. Over coffee and breakfast pastries, rapport was forged, jokes shared, and business done.

This interaction hasn’t been available since March, and most likely won’t be possible for the foreseeable future. 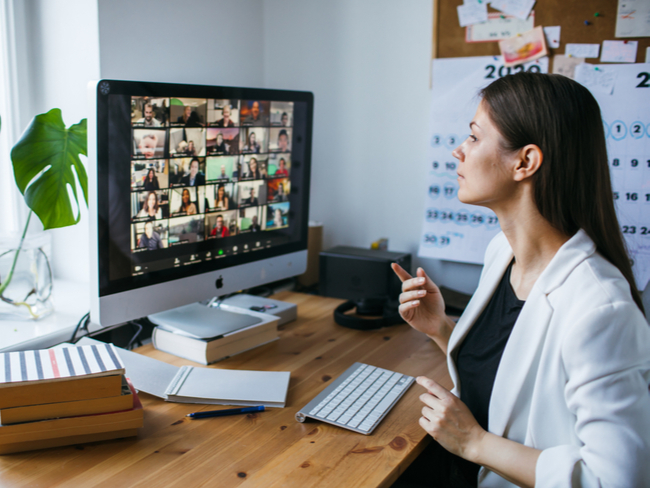 Networking in the new normal.

Online meeting platforms can fill the gap to help us stay connected, but they take some getting used to.

That said, with a bit of effort networking over Zoom, or any online platform, can be as effective as meeting up face-to-face.

Tips for effective networking in the new normal

The following four tips can help:

1. Do some research beforehand on LinkedIn and Google

Before you join a networking meeting, make sure you’ve allocated some time to research the people in the group.

Joining a meeting with a positive comment or question about a member’s latest win mentioned in the media, a blog they’ve published on their site or a mutual connection immediately provides a starting point to engage.

People will appreciate the effort you’ve made as well as the acknowledgement. They’ll also start asking you questions, and suddenly conversation happens naturally.

2. Decide on the purpose of the meeting and let everyone know

Zoom fatigue is a real thing.

And while remote working is in the spotlight like never before, none of us are working remotely under “normal” circumstances. We’re managing childcare, navigating health concerns, steering businesses through uncharted waters and facing multiple other challenges.

Keep your networking meeting contained within a set amount of time. Also, clearly state at the beginning of the meeting what the agenda is and what you want to achieve by the end of it.

This could include giving everyone on the call the opportunity to share one positive story, a brainstorm to invite new members to the team or setting a goal for new introductions. Goal-setting provides a sense of momentum and gets everyone moving in one direction. That’s team spirit too.

Establishing initial contact with people on a networking call is great, but following up for a more intimate One-to-One call afterwards is where the real power lies.

You can schedule the One-to-One meeting for as long as short as both suits you. And, even though you’ll be in separate locations, you can still bring some real-world connection into it by making sure you’re having a coffee and/or treat at the same time. You want to create a more casual atmosphere for this type of call.

Generally, the ice is already broken by the time you have a One-to-One with someone. Let the conversation flow. While we all need to monitor our time and energy on virtual calls, a great chat often acts as a boost.

Business-to-business networking is obviously an activity that takes place in the professional sphere. However, showing our human side with a personal anecdote or two goes a long way to building rapport. And often shows that we’re all in the same boat.

As COO of Venture Network, Ireland’s only exclusive B2B network, keeping our network group up and running was a key priority the moment lockdown became a reality.

We immediately adapted to running our groups (we have six across the greater Dublin area and plans for nationwide expansion within the next 12 months) online. Four months later we can evaluate the results.

Across our six chapters, members have made more than 500 introductions to their fellow Venturians. Across the group, we’ve also achieved a 25pc conversion rate of introductions turning into new clients. That’s a lot of business being done during an unbelievably difficult time.

Although the future with regards to Covid-19 is still uncertain, our plans at Venture include a combination of in-person networking (once it is safe to do so again) and virtual networking as a mainstay tactic.

The results speak for themselves after all.

Jean Evans is the COO of Venture Network Ireland and a Director at Highline Office Technology. She has grown the Venture Network to seven groups in Leinster and will be implementing plans for a national roll out within the next six months.

Siblings take a smart approach to the future of buildings