At the end of May Elon Musk’s SpaceX rocket blasted off as part of a joint NASA mission to the International Space Station. This was the first crewed mission to be launched from American soil since the retirement of the NASA space shuttle nine years ago.

What few people in Ireland realised is that central to the mission is technology developed by an Irish technology company called SkyTek. Astronauts aboard the International Space Station depend on the Dublin company’s IPV Tablet system that gives the astronauts access to over 14,000 operational procedures, which support all operational activities on board.

“It is not all about going to Mars, it’s also about taking space technology and bringing it to industry. We’re a good example of how to successfully do that”

SkyTek has built the latest version based on the specific needs of astronauts, commercial operators and procedure authors which streamlines and optimises astronaut’s workflow. The execution of scientific experiments or high risk visiting vehicles docking manoeuvres, are performed according to procedures within IPV.

So, what is this company Skytek? Well it is led by Dr Sarah Bourke and she jointly owns the company with chief technical officer Paul Kiernan. Dr Bourke was honoured as one of the EU’s leading women innovators in 2016 and was the first Irishwoman to win the award, defeating 64 other candidates.

The future of space is on the ground

Bourke co-founded Skytek with Kiernan in 1999 and as well as operating in space, the company’s technology is also used on the ground in a variety of industrial applications. For example, the Irish Naval Service designed a coastal monitoring system using Skytek’s technology. 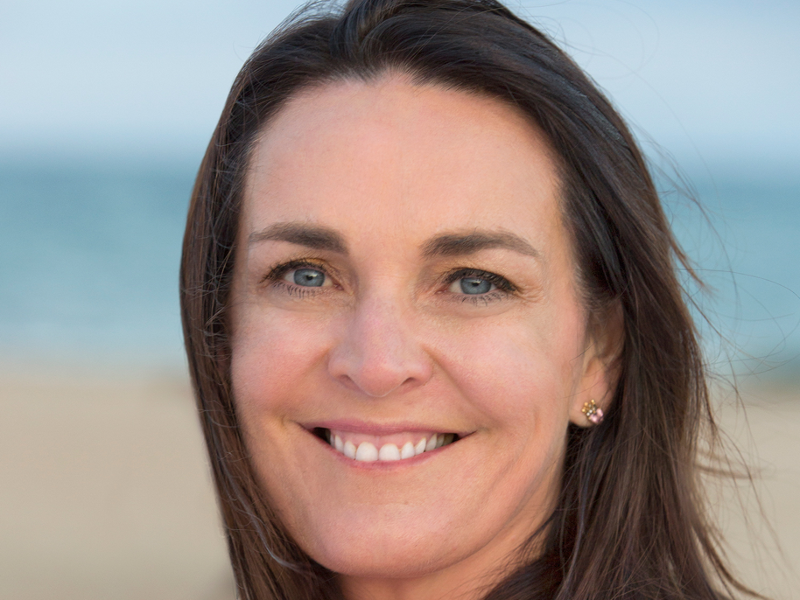 After successfully completing a PhD at Trinity College Dublin, Bourke was instrumental in the early efforts to encourage universities to foster campus companies to commercialise their research.

Herself and Kiernan originally started a web technology company and after winning a contract with the European Space Agency (ESA) through Enterprise Ireland their stars aligned.

“It was a very small contract, for €2,500 at the time, and we kind of over-delivered. Our technology was ahead of its time and the ESA were really impressed.”

More contracts with the ESA followed and the company developed to where it is today. “People ask, how in the name of God did a small Irish company like Skytekend up having a core piece of technology aboard the International Space Station? Our technology is fundamental to everything that happens aboard the space station. Everything the astronauts do is controlled by our system called IPv.

“NASA, the European Space Agency, the Japanese, the Russians, presented their version of IPv and they all felt that that the Skytek system was more advanced. And that’s how the relationship started and has continued today. I think we’re one of the very few companies in Europe that works with NASA.”

IPv Tablet effectively takes all of the manuals that astronauts need to run a space station and digitises the information in such as way that it ensures all of the procedure are safely followed. “Every task on board the space station has a procedure and our system just walks the astronaut through what needs to be done.”

She said that the system has evolved over time to include new mobile technologies as well as augmented reality (AR).

The nature of the technology for ensuring procedures are followed in serious circumstances such as being in space means it can be extended for other critical situations like aircraft as well as naval applications.

“Skytek has been a partner with Airbus for a number of years and we are involved with Airbus for adapting IPv for the assembly, integration and testing of satellites where there are complex procedures to follow. We’ve also developed a system called IPv Marine for ships at sea where there are lots of procedures and process to be followed. If you are in the middle of nowhere and you don’t know how to do something, the system is designed to walk you through and take you down paths to solving the problem.”

Essentially Skytek has pivoted from pure space systems to now being active in industries like risk and insurance. “So that’s really Skytek’s big commercial focus at this moment in time.”

Dr Bourke said that the game-changer for the company was meeting the requirements of the ESA, which has led it to serving other industries. “The European Space Agency gave us an understanding of the requirements. If you want to work in the space industry it is very rigorous. You really need to understand the level of paperwork sometimes involved. It’s not even about developing the software or the technology, it’s actually documenting everything they do, understanding their processes and how they operate.”

She also points out that the relationship with the ESA wasn’t exactly an overnight success, but a relationship where it took years of working together to establish trust.

Looking to the future, Bourke points out that while there is a lot of interest in space travel and everyone from Jeff Bezos to Richard Branson and Elon Musk has a strategy at play, the reality is that space technology is crucial to our lives back on Earth.

“Space is fundamental to how we operate. Most train doors use GPS, our contact tracing apps for Covid-19 rely on space technology.”

So, while many people dream of living on Mars, she points out that it could take nine months for a space craft to get to Mars, and therefore much of the promise of space is how it can benefit life on the ground. “A good example of the importance of space is how the US now has the US Navy, the US Airforce and now the US Space Force. They see it as not only fundamental to protecting America. Space is front and centre of any country’s defence policy.

“Another aspect is Earth observation. When you talk about protecting the planet, a satellite can see changes in water colour, spot people conducting illegal activities and monitor bad actors and stop them from doing things they shouldn’t be doing.”

She gave the example of a project Skytek was involved in aimed at spotting illegal people trafficking in the Mediterranean and how it was possible to spot a raft from space and ultimately save lives.

Looking to the future of Irish space tech, Bourke points out how Enterprise Ireland has worked to help small Irish tech companies enter the space industry. A hurdle that Irish firms face is they are competing with companies from countries that have bigger space exploration budgets. However, having won businesses with the ESA, NASA, Airbus and others, Skytek has certainly blazed a trail.

She said to understand the opportunities in space, the emphasis needs to be on helping people and industries on the ground. “It is not all about going to Mars, it’s also about taking space technology and bringing it to industry. We’re a good example of how to successfully do that.

Fetching the best delivery service for the customer