Ireland is an ‘advancing jurisdiction’ according to the first PwC EMEA Private Business Heatmap.

Ireland has scored 14th and is in the top half of a European benchmark for private businesses to prosper in the first PwC EMEA Private Business (EPB) Heatmap rankings.

From a macroeconomic and private business landscape standpoint, Ireland is a pro-business, politically stable economy which are key ingredients for private businesses to prosper. According to PwC’s EPB Heatmap, Ireland’s private business sector also benefits from the large number of global multinational companies registered here (5th place).  For example, almost 900 US companies are located in Ireland employing over 190,000 people and supporting a further 152,000 jobs, spending €21.2bn in our economy each year on wages and goods and services.

Work to be done 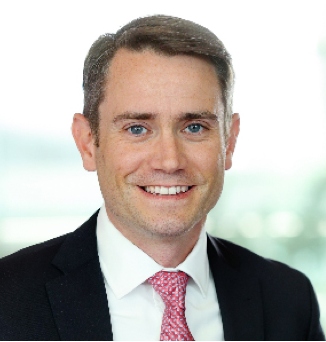 Within the ESG metrics category, Ireland scores 5th place on the global gender pay gap index, among the lowest of any of the 34 jurisdictions; 9th place on global corruption but 21st place for carbon emissions.  According to PwC’s 2022 Irish CEO survey there remains much work to be done in relation to climate change, with over six out of ten Irish business leaders admitting that they had not yet made a carbon-neutral or net zero commitment.

Within the Tax & Regulatory category, Ireland scores 4th place for corporate tax, reflecting Ireland’s status as a hub for corporations to establish their headquarters here. However, Ireland ranked 19th for its income tax rate. Given an entrepreneurs or business owners’ income is so intertwined with that of their businesses, Ireland’s tax regime needs to support to the maximum extent possible the establishment and growth of indiginous businesses, not to mention their entrepreneurial founders.

Within the Technology Infrastructure category, Ireland ranks 5th for mobile connectivity and 14th for broadband access.

“For example, there is a need for more meaningful measures to incentivise investment and to support entrepreneurs. We want a regime that results in Ireland being an entrepreneur’s first and only choice to set up a business, and which should work to ensure that as many businesses as possible start, grow, expand and ultimately stay on these shores. Therefore, it is really important that the Government specifically focuses on supporting the private business sector in the upcoming budget, and future budgets, and looks to other EMEA territories for some best in class supports for this vital part of our economy.”

PwC’s EPB Heatmap, in addition, also recognises other areas for Ireland to focus on – particularly in light of the skills and people shortages that many private businesses are experiencing. For example, government spending on education in Ireland at the time of the data analysis was at 3.51% of GDP; among the lowest of any jurisdiction ranked in the Heatmap. In this regard the recent funding plan for third level education is very welcome.

Other key findings from PwC’s EPB Heapmap include:

“Private businesses are a key driver of Ireland’s economic growth and job creation, playing a major role also in our social development. However, all too often their significant contribution can go largely unnoticed.”

“A clear message from the PwC EPB Heatmap is that being a good location for private businesses isn’t a matter of size, but focus. The highest-ranking countries in our Heatmap include not only large territories like Germany and the UK, but also smaller nations such as those in the Nordics. So being more competitive in this area is not about being bigger. It’s about attention, commitment and concrete actions to support the private business ecosystem.”

Gecko CEO wants to tip the scales in fintech and regtech