Dealers will have plenty to look forward to in 2023 says Bank of Ireland’s head of Motor Stephen Healy. 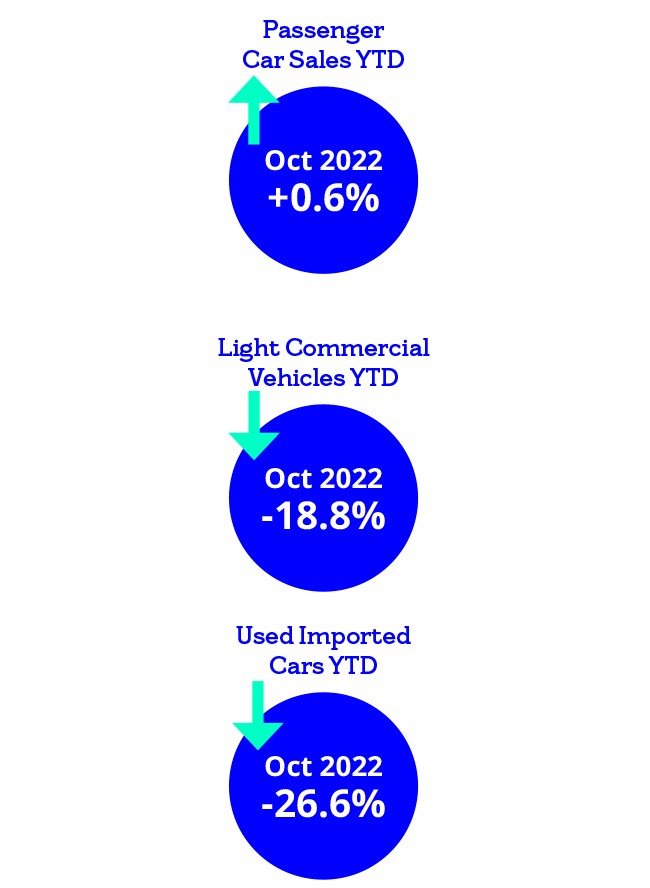 Registrations of used imports declined 26.6% year on year to 40,753 units in the first 10 months this year. 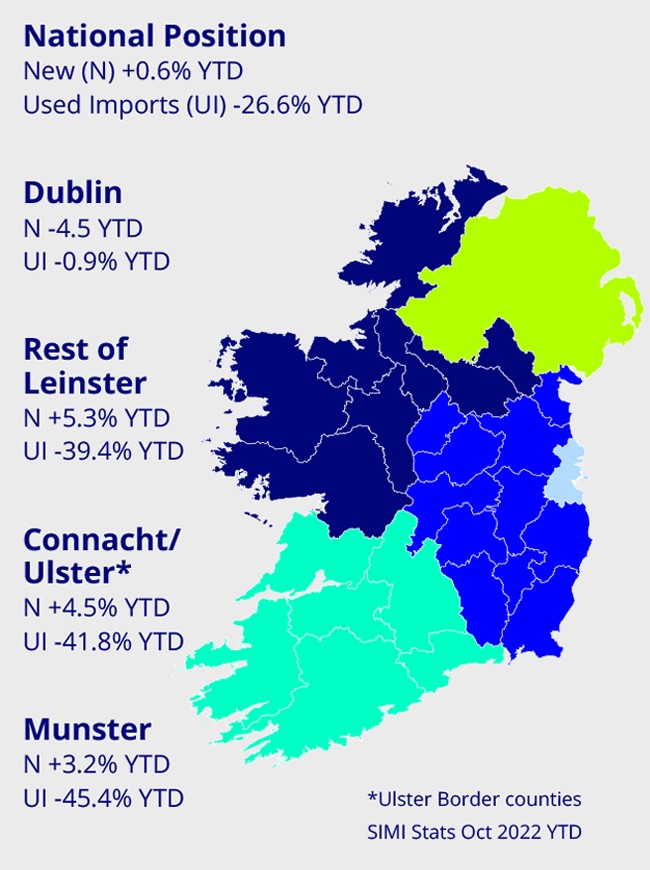 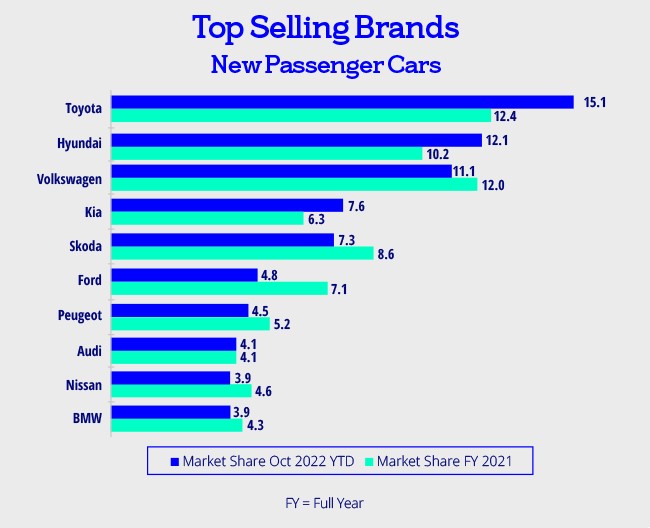 It’s almost hard to believe we are in November and already planning volumes for 2023, but here we are.  Although new car sales dipped slightly in the month of October, volumes are very low at this time of the year as Q4 typically accounts for just 2% of annual sales.

Despite recent downward pressures to GDP growth expectations in the EU, we can take some comfort a from recent uptick in European car sales. In the months between August and October, new car sales increased c. 9% in the EU, c. 10% in the UK and c. 30% year on year in Ireland.

The new car market in Ireland will be more or less flat in 2022 and Ireland has outperformed its European peers.

Per stats released by the European Automobile Manufacturers’ Association (ACEA) for the first 10 months, new car sales fell c. 8% in the EU.

This was driven by supply constraints and, as improved supply came on stream in quarter three, new car deliveries have improved.

Bank of Ireland’s Consumer and Business Pulse survey in October note an improvement in consumer sentiment but a contraction in business sentiment with inflationary concerns continuing to weigh on results. (click the hyperlink for more detail)

Nonetheless, new car sales have held up. Motor dealers report consumers continue to collect new vehicles on back order due to delays. This is evidenced in sales in quarter three in Ireland and across the EU. The trend is encouraging as we look toward 2023.

Constrained, but improved, new vehicle supply will continue in H1 next year. New and used vehicle supply shortages have led to increased vehicle margins, and this trend will likely continue which provides comfort to dealers where volumes are curtailed. 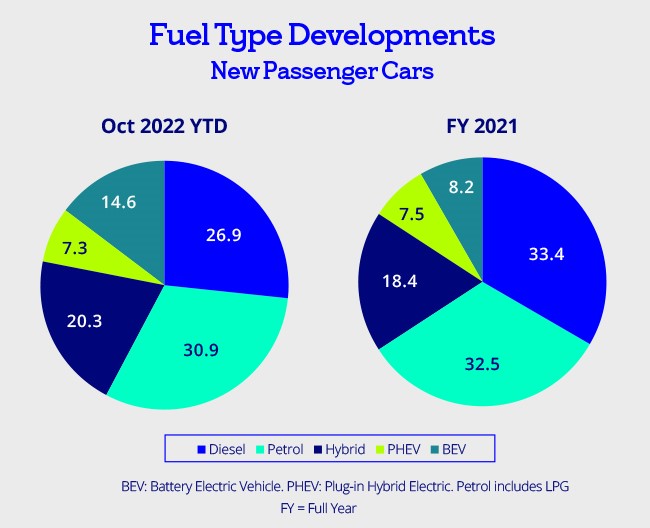 Car rental companies may benefit from improved supply next year and use the opportunity to replace aging fleets.

Used vehicle residual values are expected to plateau at higher than average levels as there just isn’t enough supply due to the continued shortage of new vehicles.

Growth in sales of battery electric vehicles (BEVs) will continue as more consumers make the switch.

Come December, we will gain more insights as we compare year on year finance approvals and we can share further insights in the early new year.

In the meantime, we remain cautiously optimistic with respect to our outlook. 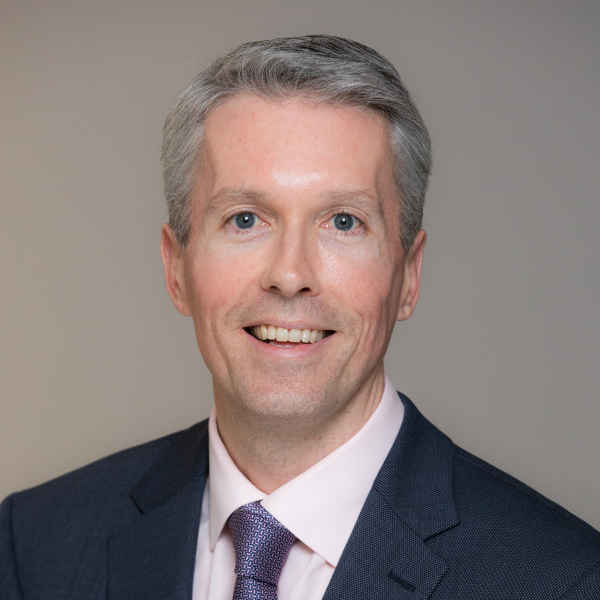 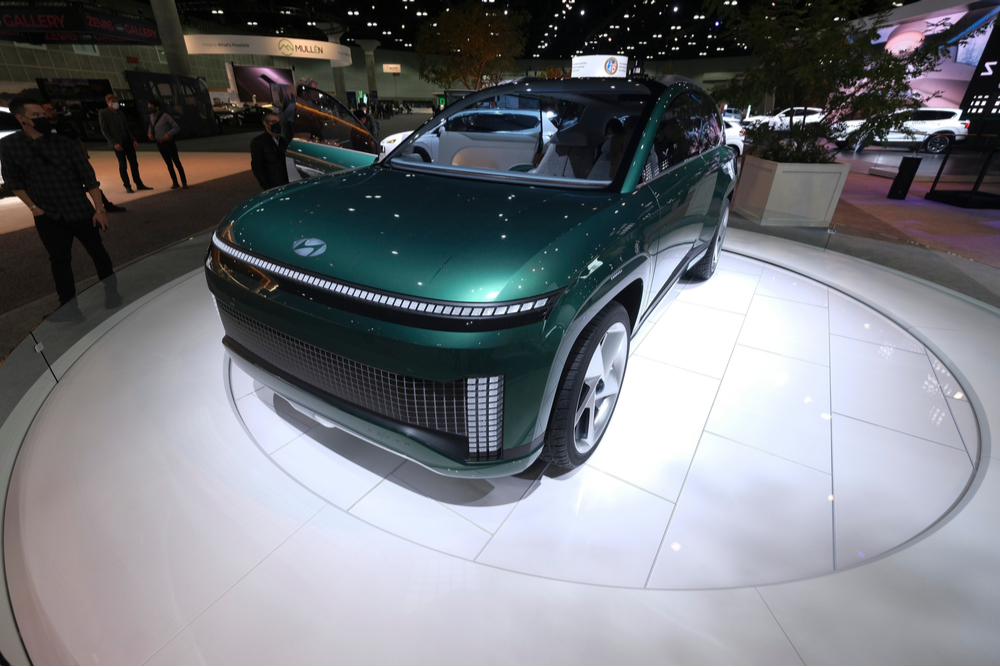 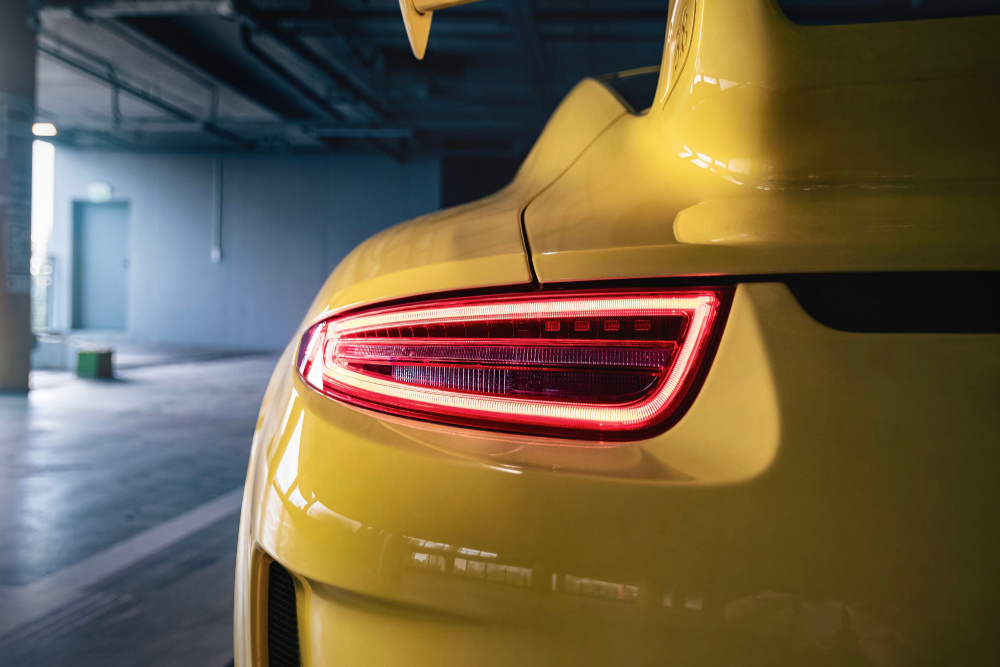 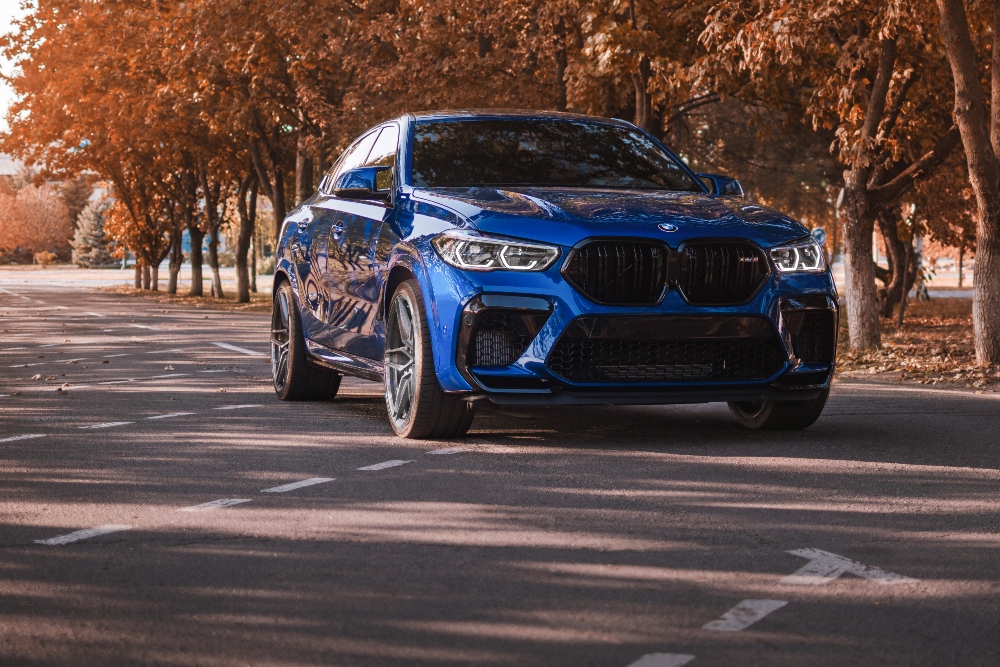 Motor Sector News: More to do to accelerate EV take-up