The insatiable global demand for digital and streamed content puts Ireland’s thriving film and animation sector in the director’s chair of the new Hollywood economy.

The magic of Hollywood has spread to Ireland and the country has the essential ingredients to become a global hub in a media landscape where digital and streaming are the new silver screen.

That’s the view of Paul Swift, head of Technology, Media and Telecoms (TMT) Sector at Bank of Ireland ahead of a Pathways to Begin webinar entitled “Want to work in the Movies?” which takes place on Thursday 10 September at 10am.

“Just a little over a decade ago, there were less than 100 people working in animation in Ireland, now there are around 2,000 in full time employment in the industry”

Swift will be joined be joined by Cathal Gaffney, founder of Brown Bag Films (synonymous with bringing “Giver Up Yer Aul Sins”, to life) who will give his perspective on the growth of the industry in Ireland; Claire Finn, MD of Lighthouse Studios, Kilkenny who will speak about scaling a global animation company in the South East and Steven Davenport, Inward Production manager of Screen Ireland will speak about the growth in live action production in Ireland in recent years and the proposed expansion plans for new studio space in Ireland and the likely impact it will have on the industry in Ireland in the years to come. To register click: https://events.bizzabo.com/WorkIntheMovies

The Irish film, TV and animation sector in Ireland is estimated to be worth over €692m comprising 11,960 jobs by way of direct, indirect and induced employment across the economy, according to Screen Ireland. We recently listed 15 companies transforming film in Ireland.

The Irish animation industry alone has experienced substantial growth in the past decade and has emerged as a central component of Ireland’s digital and creative economy. We recently listed 33 players defining the animation sector in Ireland.

According to Variety magazine: “Ireland has become a capital of filmmaking” in recent years, establishing itself as “one of the world’s most attractive production environments” thanks to an attractive tax incentive, Section 481, and the plethora of talented writers, directors, producers, casts and crew that Ireland has to offer.

Ahead of Thursday’s webinar, we asked Swift for his insights into how Ireland is beginning to take centre stage for digital and streamed content creation. 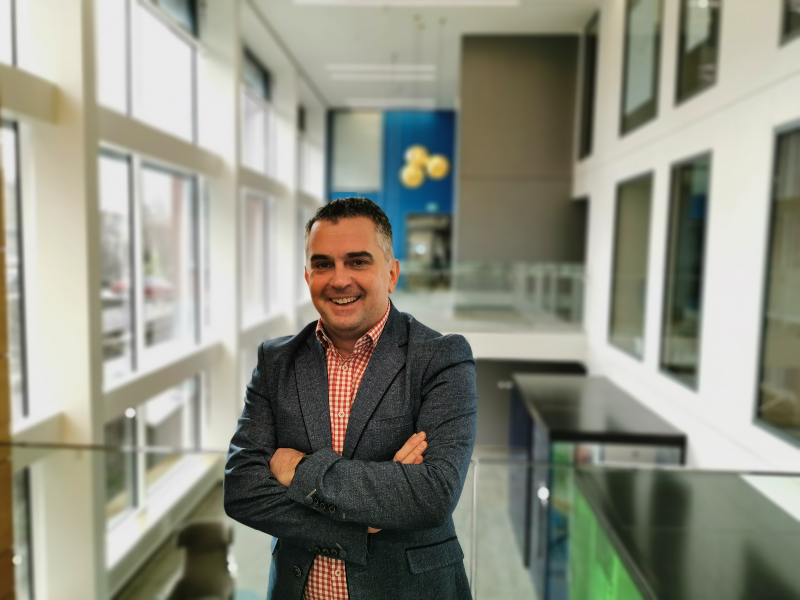 “You could say that between both animation and live action productions have in some way, brought Hollywood to Ireland”

Is Ireland shaping up to be the new Hollywood for streaming?

I have often heard it said from those in the Animation sector that there is an insatiable demand for content globally. Traditionally Irish animation companies would have created productions for the likes of BBC etc and other global TV networks. Now with the advent of streaming, the demand has exploded further. Netflix, Amazon Prime, Apple, Disney, HBO, Hulu to name a few are cornering the entertainment market and competing to have original content to grow their subscription base. This has led to all of these studios coming to Ireland to sign various production deals with Irish animation studios that has led to further growth in the numbers employed in the sector.

Just a little over a decade ago, there were less than 100 people working in animation in Ireland, now there are around 2,000 in full time employment in the industry and its growing year on year with dozens of vacancies yet to be filled. But it’s not only animation, pre-Covid, AppleTV+ too was shooting an original, live action sci-fi series at Troy Studios in Limerick. Likewise, Disney+ were due to start filming a Disney Villains show at Ardmore Studios.

We have also seen recently how Matt Damon has just returned to Ireland to restart shooting the blockbuster movie The Last Duel that will be shot across Dublin, Wicklow, Meath and Tipperary and in recent days, “A-listers” including Nicole Kidman, Willem Defoe and Ethan Hawke are due to start shooting a Viking Movie, The Northman, on the Inishowen Peninsula in Northern Donegal; pictures of film trucks being posted on social media. All of this activity is underpinned by the quality and calibre of Irish studios and crew that deliver world class content. So, yes, you could say that between both animation and live action productions have in some way, brought Hollywood to Ireland.

What are the country’s credentials like for success in Movies and animation?

Ireland has an excellent track record in the creative arts sector, complemented by the necessary technical capabilities to deliver world class content across film, TV, animation and the gaming sector. Successive governments have also supported the industry over recent decades through the deployment of an advantageous tax credit regime and production grant aid to support the development of both indigenous and foreign productions. Having English as its first language also forms part of Ireland’s attractiveness while also being part of the EU enables producers to tap into European wide funding streams. Lastly, not to forget the aesthetic natural beauty, heritage and topography provides a spectacular backdrop for feature productions, such as Skellig Michael.

Does Ireland have the skills and talent to succeed in the new digital future of entertainment?

In 2016 the Irish Government commissioned Olsberg SPI (report here) to measure the economic value of the Irish audio-visual (AV) industry. One of the key strategic issues in the report called out skills generation and development and ensuring sufficient skills within the Irish market was vital. Ireland has a strong track record in this area. In order to address issues in relation to skills development, Screen Skills Ireland has over recent years played a central role at the centre of training and skills development for the AV industry in Ireland.

Screen Skills Ireland is industry focused and designs, develops and delivers skills development initiatives for the entire screen sector in Ireland; incorporating film, TV, animation, games and VFX, covering everything from basic entry level roles to senior leadership. It works hand-in-hand with Screen Ireland to ensure relevant programmes are being delivered to meet current and future needs of the sector and engages with third level institutions to ensure the development of a talent pool in the time ahead. To learn more about training programs for those seeking to transition into the sector click: https://www.screenskillsireland.ie/