62% of businesses in Ireland forge ahead with expansion plans despite economic concerns.

Six in 10 businesses in Ireland are planning to expand in the next 12 months.

Almost one-third (32%) of those surveyed in Ireland plan to expand into a new country, while others will expand into new regions (22%) or cities (22%).

The research was carried out for the Equinix 2022 Global Tech Trends Survey, which included 2,900 IT decision-makers globally, of which 100 were based in Ireland.

The study indicates that businesses in Ireland are slightly more likely than the average business in EMEA to be pursuing expansion plans in the next year.

Six in 10 businesses in Ireland are planning to expand in the next 12 months, compared to 59% in EMEA. Almost one-third (32%) of those surveyed in Ireland plan to expand into a new country, while others will expand into new regions (22%) or cities (22%).

Reflecting the role that digital infrastructure now plays in business success, the survey found that IT leaders supporting expansion plans are almost as likely to deploy a virtual presence in their new location via the cloud (34%) as they are to hire new, dedicated staff to form a physical presence in their target market (37%).

The Global Tech Trends Survey shows that the pandemic continues to have a significant impact on businesses’ digital strategies, with 43% in Ireland confirming that their IT budgets have increased as a direct outcome of its legacy.

“Our research shows that despite uncertain economic times, Irish enterprises are pursuing ambitious growth plans. Years ago, that required setting up a physical base in a business’ target market,” said John Shorten, John Shorten, senior director of Operations for Equinix Growth and Emerging Markets.

“Today, the power of digital infrastructure is enabling organisations to establish a virtual presence that allows them to bring their services and data closer to the end user almost anywhere in the world. Evidently, Irish businesses are embracing this new era of globalisation, which allows them to reduce their capital expenditure while scaling their operations up and down as needed.

“It now looks inevitable that soon, we will see virtual expansion becoming the de facto method of scaling up operations. As our homegrown enterprises continue to expand, this level of interconnectedness is opening up an exciting era for Irish businesses and one that they seem increasingly prepared for.”

Recognising digital adoption affects end users, 85% of Irish IT leaders said enhancing customer experience was a priority. Companies also acknowledged improving employee experience is critical to their transformation journey and retention of talent, with 77% citing this.

Private cloud models were the preferred approach for 46% of Irish respondents, followed by hybrid cloud (31%) and public cloud (16%). Interconnection may step in to help here, with 31% of respondents believing it increases flexibility of connectivity, and a quarter (25%) reporting they use it to enable hybrid multicloud.

Many IT leaders in Ireland are looking to futureproof their businesses and take full advantage of evolving technologies, such as 5G, the internet of things (IoT), and Web3.

More than half (59%) of the respondents said they are moving to an everything as a service (XaaS) model, citing the simplification of IT infrastructure (64%), reduction in cost (53%) and improved user experience (49%) as the key reasons for doing so.

A founder’s story: ‘I became so consumed, like it was my own child’ 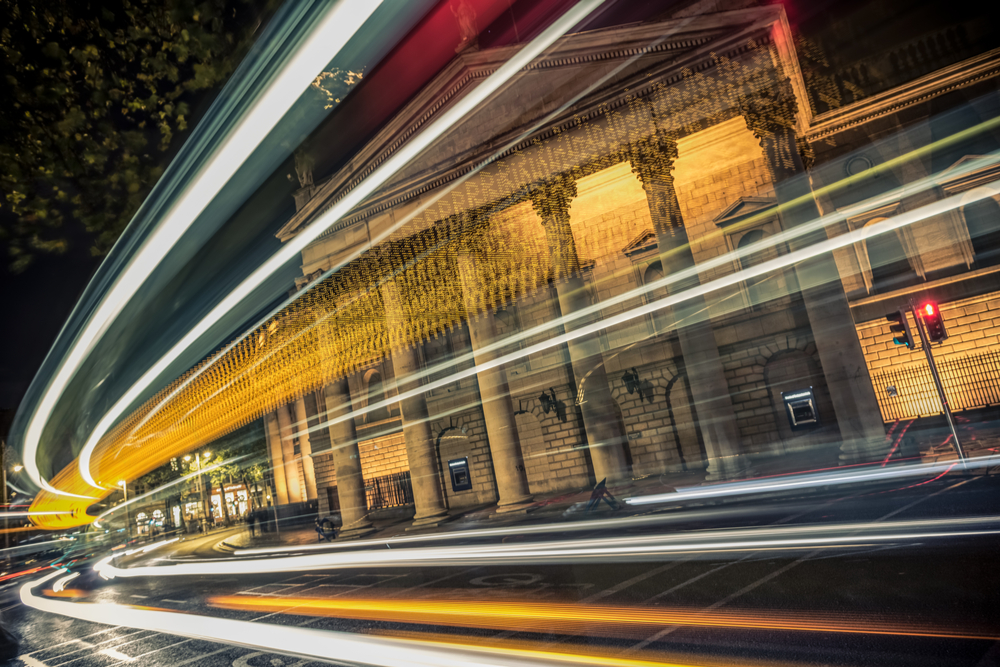 ‘Digital transformation will be at the core of Ireland’s recovery’

Bank of Ireland head of TMT sector Paul Swift on Budget 2022 and the tech sector.