I have always loved sports, from playing to coaching to being a volunteer committee member or taking my kids all over the country and overseas for their football or to watch games together. I’m currently the vice-chair of my local schoolboy’s club.

It’s hard to believe that in 2022 I would sell the start-up business I would love and nurture for 20 years.

The green shoots of Comórtais appeared back then as a fun tool to try and predict the outcome of football matches for the pools. It was an easy concept. “Home win”, “away win” or a “draw”. As simple as that.

A software that displayed league tables, fixtures and results had built-in AI that analysed results and current positions to figure out possible outcomes. It imported results from games into the program to study the stats and use for the pools. It wasn’t business, it was fun!

The product began its life as Soccerbot, the brainchild of Aidan Coyne and Francis Carroll. I got myself involved as was football mad and lived for technology and the weekly releases of The Shoot and Match magazines. Anything to glean more knowledge about football from anywhere around the world.

A few years later when I was a football player myself in the Amateur Football League in Dublin I was as frustrated as others not knowing other team results or actual league tables from one week to another. The World Wide Web was in its infancy at the time and definitely not a reliable resource. We published the tables, fixtures and results on the Soccerbot website.  Shortly after, I became the secretary at my club Frederick Celtic, I approached the officials of the League about using Soccerbot and developing competition software.

With the help from the League and massive support from Noel Kennelly, we developed Soccerbot to meet their needs, making it as simple as possible to use. Comprehensive but simple to use and to understand. We then began to serve the grassroots level.

Much to our delight, interest then began to follow from some other Leagues in Ireland and also from abroad, from Scotland and even as far afield as New Zealand. The DDSL, Brenfer League (now NDSL), Cork Schoolboys League, Kerry Schoolboys League, Sligo Leitrim and District League, Roscommon, Wicklow and Mayo Schoolboys and Junior Leagues also used the software. Soccerbot was used as the competition software for the Special Olympic games held in Dublin in 2003.

In it to win it

The Soccerbot “pools predictor” continued and at its height, with over fifty countries enrolled we would even get some unsolicited emails from the likes of media departments at UEFA and BBC saying how much they loved and valued our site. The internet was still in its infancy and we were getting over a million hits a week.

At the grassroots level, a new software emerged that was backed by well-positioned influential players offering free software with the expectation of gaining revenue from advertisers once those hits started coming in. Having lost several prominent Leagues, we were feeling challenged but we didn’t quit. Instead we redeveloped a new more sophisticated, market-led software which was web-based, cutting edge in those days. We called it Comórtais.

Most of our Soccerbot customers moved over and we gained a lot of new business and insight about what they needed. We still thank the AUL, DDSL, Kildare Underage League, Carlow Schoolboys League and Junior Soccer League, Kilkenny and District League, Wexford Schoolboys League, West Waterford East Cork and Limerick and District League and the football leagues in Cork, Sligo and Roscommon and the night leagues, Waterford Floodlit League, Sligo Rovers, Sligo Astro, Nightowls and the Ragball League for their ideas and support during this time. These were the customers who stuck with us all these years and the ones who helped us to design a marketable product.

We weren’t just football either, we worked with Basketball Ireland who used us for their National Underage schools and college competitions as well as their player registration and licensing. With their help, we modified the system to meet their requirements and today Basketball players still see our unique tables in Dublin Men’s, Midlands, Kilkenny, Galway, and Northern Ireland.

Like anybody setting up and driving a business, it has its ups and downs and I certainly had mine. I became so consumed as it was like my own child. Everything I did or didn’t do had an impact. I was so immersed at the start with every little achievement driving me forward, spending too many long hours in the office, damaging my relationship, losing my social life, my family life and at times my health and wellbeing.

It took the complete loss of my relationship and a massive competitor move for me to make life changes. We couldn’t believe it when our competitor suddenly was giving a version of our offering for free. And I knew I had to start taking care of myself.

I did for a few years and things were better. We weren’t as “on fire” with our product but then the web-based programming started to be faster and easier and we started to take off again. The spark was ignited yet again and another version of the software was launched. We were on the road again.

The next level up

Staying involved with the teams who run the leagues has given me great pleasure. Helping to make their lives easier with little or large modifications to the program and hearing how it has saved them so much time is what continues to drive me. I’m the type of person who gets more satisfaction from seeing that beautiful pass that led to the goal as opposed to the goal itself.

The reality was I had another day job. It’s a music job. Another passion. So did Aidan and so we had a choice. Continue to develop this technology and maybe kill ourselves in the process or accept the offer that Clubforce, a club-based technology had made us.

This would take Comórtais to another level that we knew we couldn’t achieve ourselves. We felt hugely excited and also relieved, like our child was graduating into college. We’d made it! Without having set that goal.

We saw a synergy that could bring both our businesses together for the good of all sports in the country and indeed further afield. With so many clubs using Clubforce and many of those same clubs seeing their fixtures, results, and tables on Comórtais it made perfect sense to bring it all together as one.

I hope I’ve provided that beautiful pass to them and the goal of seeing our tables being used in more soccer leagues, Gaelic, Rugby, Hockey, Golf and any other sports as Comórtais has already evolved in a short few months and soon it will be available for all competitions.

So with 20 years of no free time, stress, competitor battles, the loss of a relationship and constant challenge… was it worth it? Absolutely. I know in my heart I would do it all again. 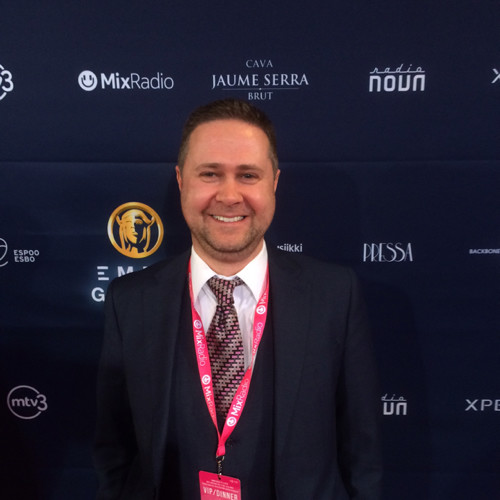 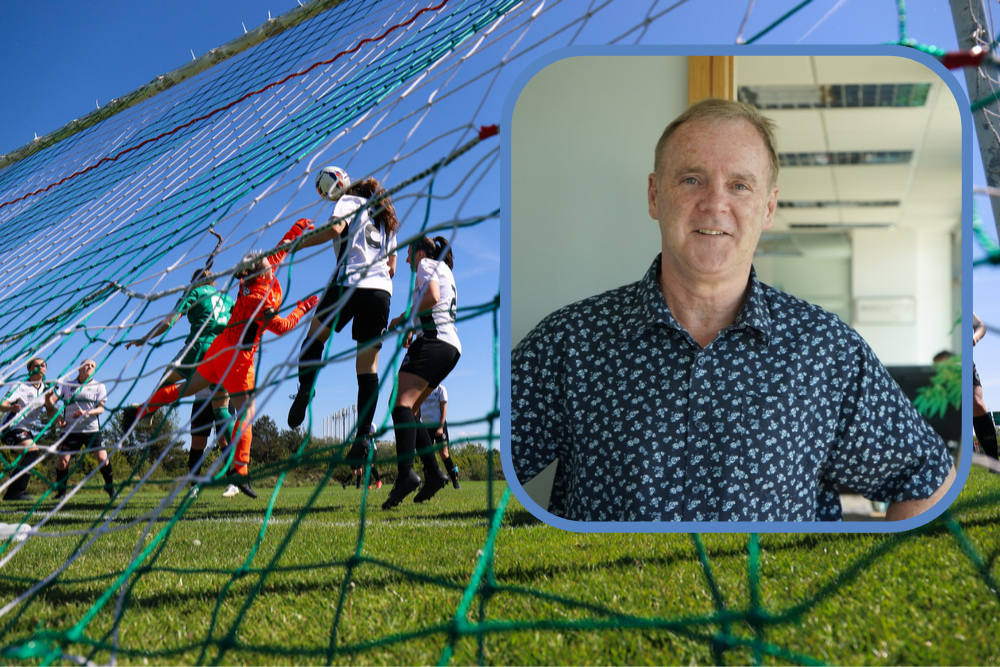 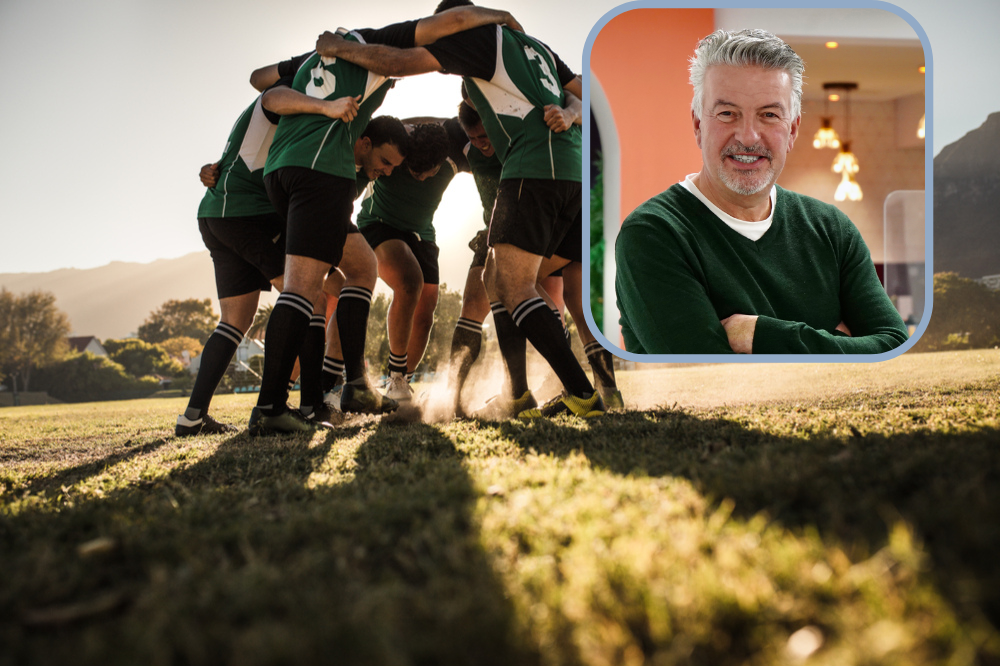 Clubforce positions itself for global growth with new CEO 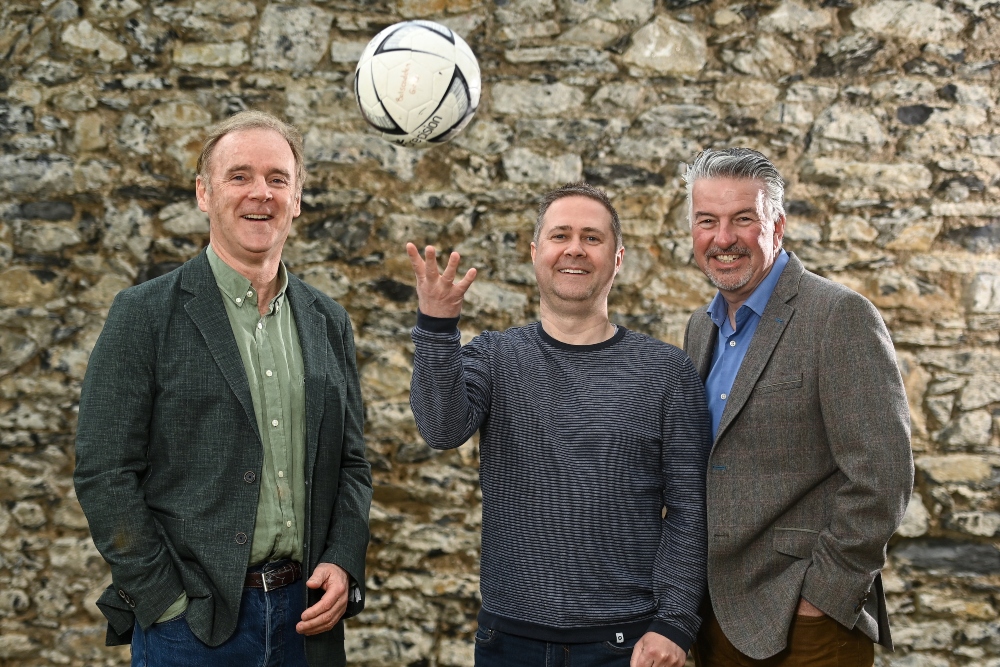