Podcast Ep 109: From the frontlines of some of the world’s most violent trouble spots to founding and eventually exiting a successful Irish tech business, Fintan McGovern imparts his lessons in leadership.

Some of us do not make the best use of the time we have. But Fintan McGovern is a bit of an exception. In his early 30s he left a high-flying career as an officer in the Irish Defence Forces that saw him lead Irish troops on peacekeeping missions around the world. In the following decade he had completed an MBA, got married and successfully exited his first business after selling his tech company Firmwave to fast-scaling Wexford business Taoglas for an undisclosed sum.

A chance meeting with McGovern outside a local gym sparked the genesis of a conversation: what is life actually like post-acquisition?

“Behind the scenes, there were often times where you couldn’t show fear. Fear can go through a team or a company and that’s where leadership has to step up”

When most founders sell companies, it’s easy to imagine them jetting off into the sun. But it’s not all wine and roses and motivated founders often like to keep going. In today’s podcast, McGovern talks about what life is like after you successfully exit a business. He also talks about vital lessons in leadership that he learned in his army career that are just as relevant in business life.

“Selling Firmwave to Taoglas was the closing of a chapter on an incredible journey. Four and half years is not a long time, but a lot can happen in that time. You know the saying, ‘nothing happens for decades and then decades happened in weeks’. We built a very strong team and we built a very good platform.”

Selling the business that McGovern founded with brothers Adrian and Ciaran Burns was the culmination of a journey through which the founding team dealt with the highs and mostly unreported lows of entrepreneurial life, including the challenge of meeting payroll and often not paying themselves for long periods.

Right after the acquisition of Firmwave by Taoglas, McGovern said he took time off to reflect. He took part in an advanced management leadership programme in Oxford usually attended by future captains of industry and prime ministers, and became an angel investor taking part in Halo Business Angel Network investments as well as investing in Irish start-ups through Spark Crowdfunding.

Plans that were formulated that involved building on his international network were put on ice by the pandemic and for a time McGovern found himself at a bit of a standstill. His wife Sarah Martin is also an entrepreneur and is CEO of Pulsate, a very successful retail commerce business.

As well as investments in companies such as Metrifit, of which he is non-exec chair, McGovern collaborated with Enterprise Ireland as an investment assessor.

But the reality for McGovern was that despite successfully selling and exiting a business at a relatively young age, he found he was a bit of an exception; successful yet far too young to even contemplate retirement. He’s eager to hustle. “Everyone thinks that when you sell a business you jet off to Monte Carlo. But the reality is that there’s not many Irish companies that get acquired.”

He used the pandemic to reflect on the leadership lessons he learnt from his time in the military but also as the principal of an Irish start-up business.

“The Defence Forces was a fantastic launchpad in life and it certainly was my big opportunity. I come from west Cavan and I always had an ambition to join the army. My mother told me ‘you’ve got to get the cadets or it’s nothing else, so focus on your Leaving Cert’. I made it a goal. I was playing a good bit of football at the time and was making minor teams and county, and I ended up being made captain and vice-captain. So, a leadership thing was happening.” 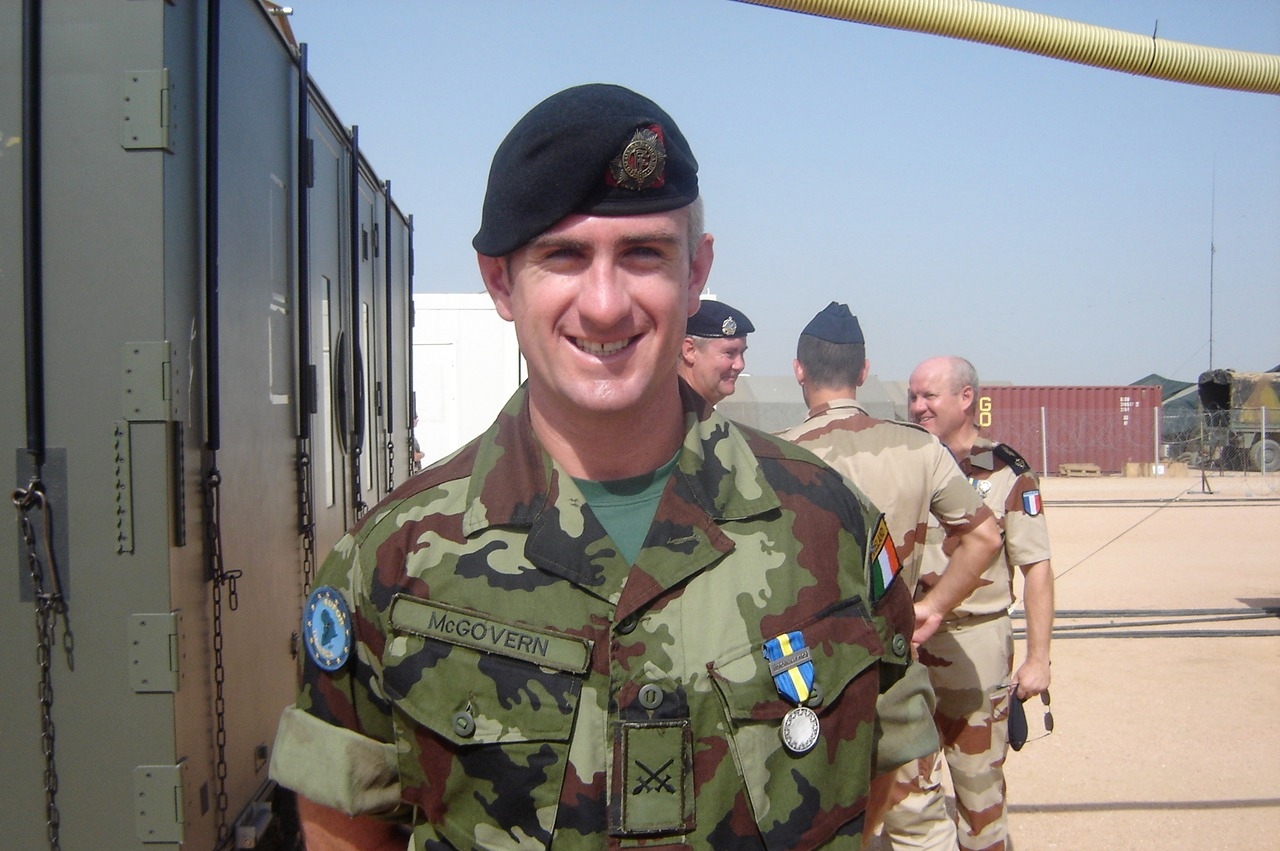 Fintan McGovern on duty in Africa

The 21-month cadets programme at the time placed a heavy emphasis on leadership. At the most basic junior leadership level in the army, a team leader was responsible for nine people, but this can then ramp up to platoons and companies, even battalions. “So you are taught all the basic ethos of leadership. The cadet school teaches you truth, honour, loyalty … they’re the core values, it teaches you about leading a team to achieve a complex task centred around a mission. So extrapolation of mission from a higher authothority, interpreting it and then communicating it to your team.”

Just as in all facets of life, that mission can change, evolve or pivot. And the same is true for business where the mission is manifold – to grow, to win customers, win investment, defeat the competition.

Commissioned at 21 and put in charge of a platoon of up to 40 soldiers, McGovern learnt very quickly to defer to the judgment and advice of experienced colleagues such as sergeants likely to be in their 40s.

“I had 15 fantastic years in the Defence Forces, serving twice in Kosovo as a platoon commander and intelligence officer.” This was followed by a year-long mission to Chad as a logistics officer working with the Irish Ranger wing as well as the French army. “I came away from that mission really appreciating the vastness and incredible part of the world that is Africa and it is a place I have returned to subsequently in my career.” 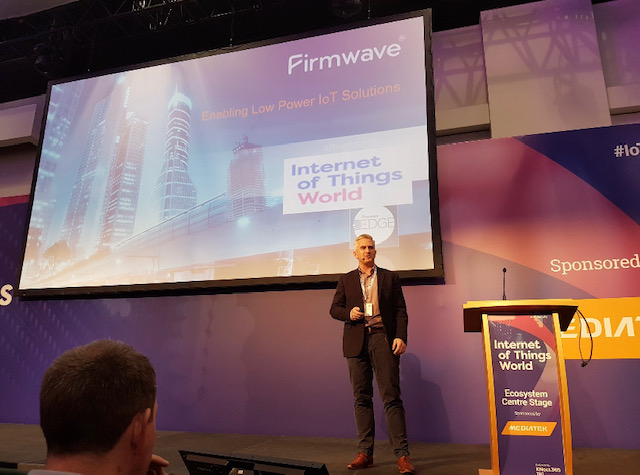 McGovern on duty as a CEO

“I was dealing with tenders with businesses locally and overseas. It was a recessionary time and I could see these businesses fighting for their lives”

McGovern’s decision to enter the business world began with a failure of sorts. “I’m very open about this. After my year in Africa I went for the Ranger selection course. I was in great condition but probably on the older side going into it. And I didn’t pass the course. When you’re building up for something like that it’s not dissimilar to dealing with post-selling a company.”

A posting in charge of food procurement for the army opened McGovern’s eyes to the business world. “I was dealing with tenders with businesses locally and overseas. It was a recessionary time and I could see these businesses fighting for their lives.”

McGovern decided to pursue an MBA and began his business career initially with Kenmare Resources and worked overseas in Mozambique before working with Denis O’Brien’s Digicel in the Caribbean.

“Nobody talks about how hard or chaotic it can be. I know it’s a cliché, but how many sleepless nights there are. Because it’s never over or done and at the very last-minute things can go wrong”

Drawing correlations between the military world and the business world he said that the only things people hear about are the brilliant results such as an exit or a fundraising or the failures like going into examinership, but seldom what happens in between.

“Nobody talks about how hard or chaotic it can be. I know it’s a cliché, but how many sleepless nights there are. Because it’s never over or done and at the very last-minute things can go wrong.”

Reflecting on the journey at Firmwave, McGovern said: “For us initially, I can remember days where we didn’t know if we were going to make payroll. We pride ourselves on never missing a payroll but there were months where we didn’t pay ourselves.”

And in these fraught times – when a customer hasn’t paid on time or a sale is taking longer to secure – that’s where the leadership training kicks in. Whatever fears or doubts the leadership has, this must never filter down to the employees; at the same time all communications must be honest and rational.

“The three of us were resolute about that. We said that no matter what, we as leaders have to expect, we have to accept responsibility. We are the directors of this business, we run this business. If we bring people to join us we have to make sure that they get paid. And the truth is the majority of them are still with Taoglas to this day. And happily so, because we built a strong team.

“But behind the scenes, there were often times where you couldn’t show fear. Fear can go through a team or a company and that’s where leadership has to step up. The leadership must manage themselves and the messaging and communication, give assurance to people that they’re going to be okay. I go into some companies and I am shocked at how poorly some employees are treated. You need to be communicating with your people and providing assurance.” He acknowledges that leadership can be a lonely place. “That’s what they call in military terms ‘the loneliness of command’.”

He explains: “You might have a team around you, but ultimately the responsibility for success or failure lies with the leadership.” 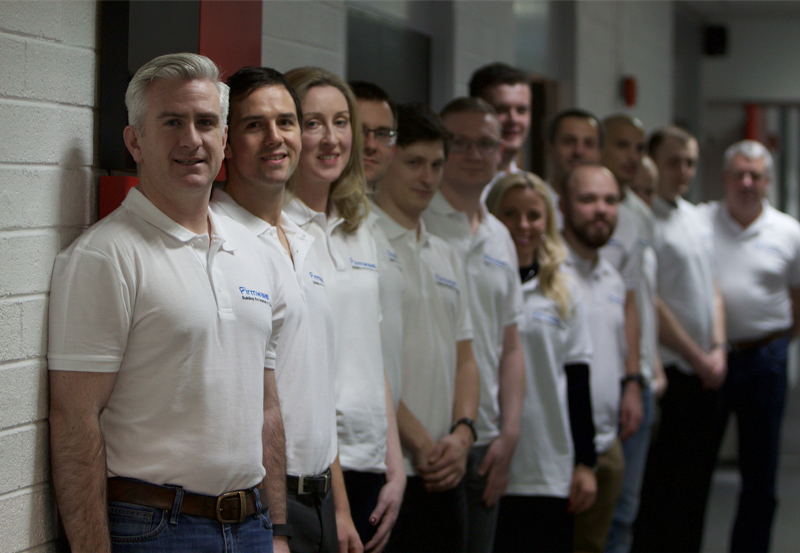 The Firmwave team prior to their acquisition by Taoglas

“You really need to get good people on board, aim for it and be ambitious enough and bold enough to go for it”

One Christmas there was a fraught experience when a client was particularly slow to pay. “I had to lean on the customer, but we got paid. And that meant the team got paid, and it meant the business survived. And it’s things like that which are seldom spoken about.”

The reality of a business journey, he says, is hard graft. “People need to be aware of that. And be prepared for that.”

Noting the current entrepreneurial scene in Ireland, McGovern said that new companies coming through are “eminently investable” with strong pitches and plans that are realistic and achievable.

His experience from Oxford taught him that when it comes to aiming high, Irish companies need to be bolder.

“You really need to get good people on board, aim for it and be ambitious enough and bold enough to go for it.”

This he recalls, was true of the Firmwave experience. “We were quite fearless. We were quite ambitious and we weren’t afraid to recruit and build a really great team.”

In just 10 years, McGovern left a successful military career and entered the business world and emerging with a successful exit under his belt. Despite, the pandemic slowing his plans, the next chapter he intends to be just as profound.

Looking to the future, as well as investing and supporting start-ups McGovern hopes to apply his leadership skills and experience to larger organisations.

“I have learnings from the past 10 years. In 2012 I retired from the Defence Forces and in that time I’ve worked in Mozambique, in the Caribbean twice for Digicel, I’ve been CEO and co-founder of a successful company that I exited and I’ve become an investor.”

Now his sights are on helping companies and organisations navigate leadership.

“Somebody said to me recently, ‘From your LinkedIn you look like you’re fully engaged’. I said ‘No, I have capacity’. It’s up to smart people out there to figure out the good people that can be brought in to really help businesses and entities succeed.” 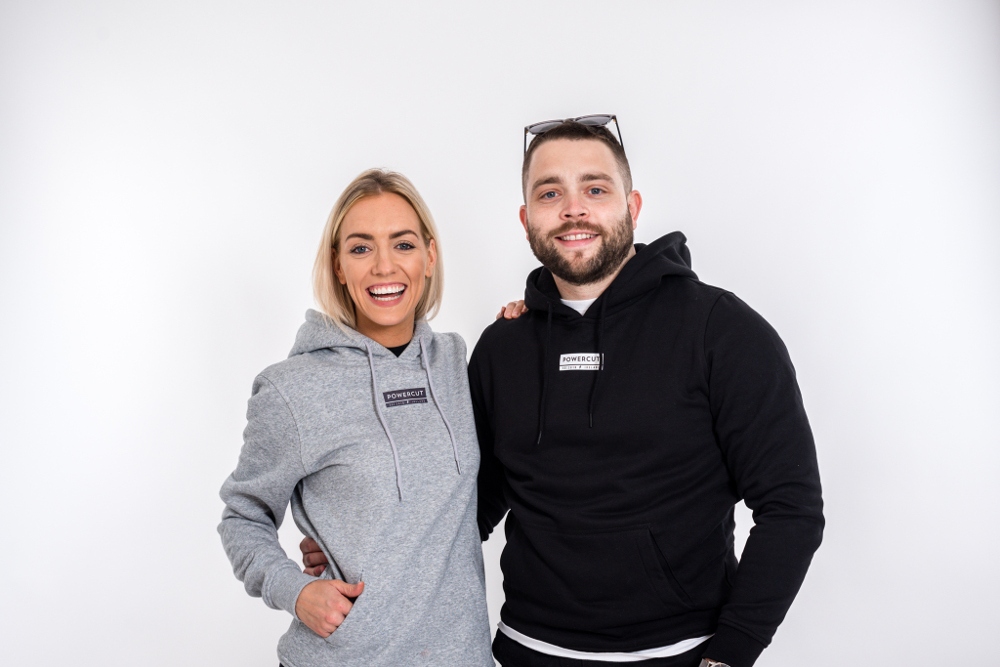 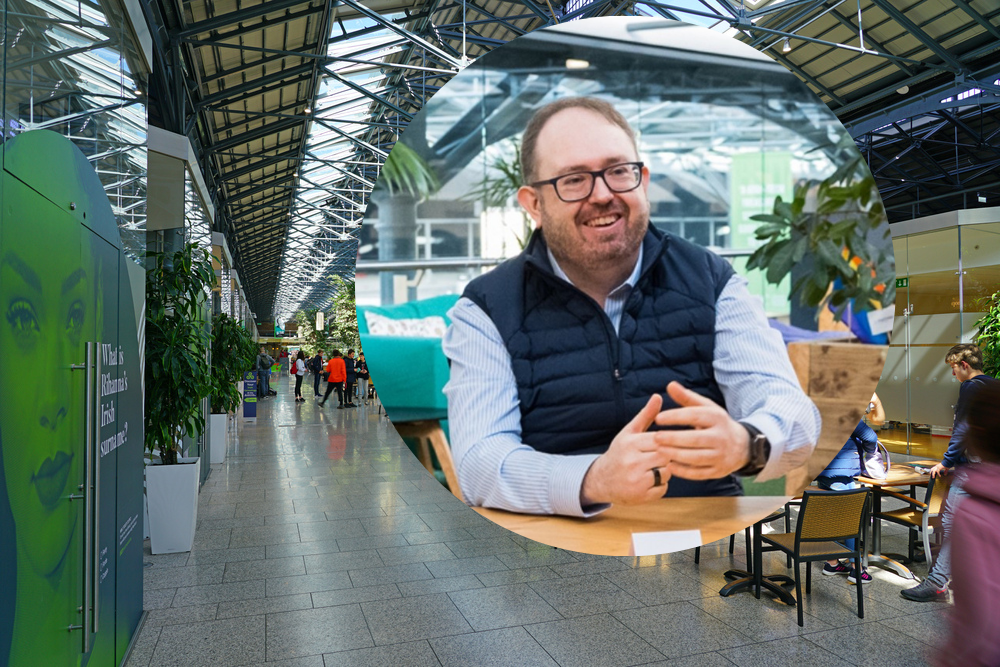