“Our plans for a new, state-of-the-art brewery in Kildare, and the developments at St. James’s Gate, will enable growth in overall beer exports from Ireland”

When fully operational with a capacity of 2 million hectolitres, it will be the second largest brewing operation in Ireland after St. James’s Gate and support the future growth of Diageo Ireland’s beer brands.

“This €200m investment by Diageo is really great news for the future development of Ireland’s thriving food and drink industry, and also for the wider national economy,” said Tánaiste and Minister for Enterprise Trade & Employment Leo Varadkar TD.

“It’s also extremely positive for Newbridge and the local economy in Kildare, with up to 1,000 jobs being created during the construction of the site, and 50 once built. I’m sure there will be many indirect jobs too.

“We must leave the planet in a better way than we found it. Industry has a role to play and I’m really pleased to see Diageo taking the lead and investing in this carbon neutral brewery, which I’m sure will be a leading example for others.”

Brewing up a storm 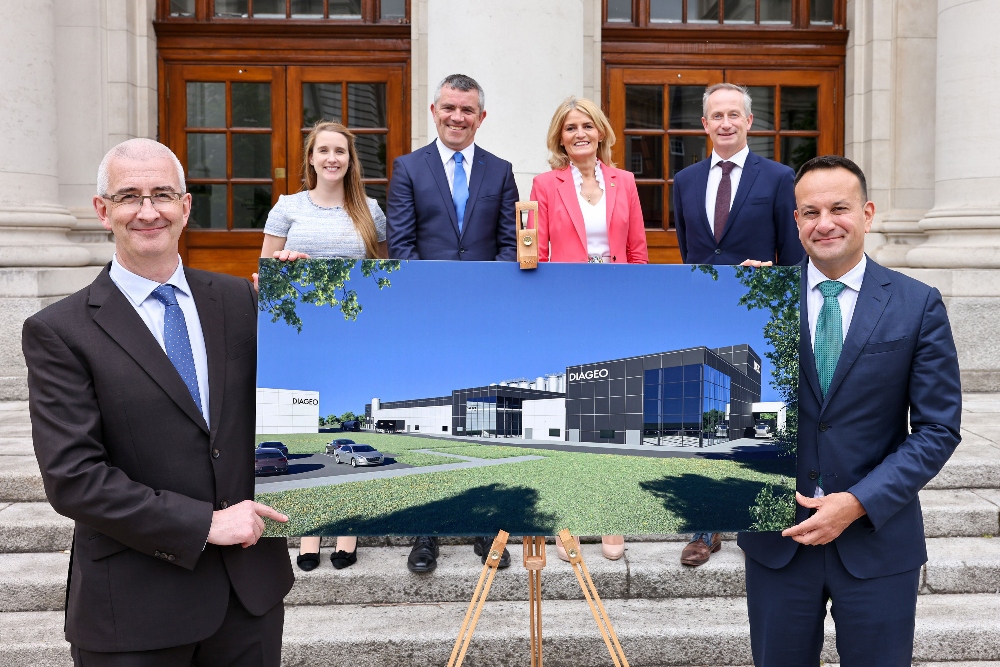 The state-of-the-art brewery will be powered with 100% renewable energy and will harness the latest process technology to minimise overall energy and water consumption. This will enable the brewery to avoid up to 15,000 metric tons of carbon emissions annually.

“Today is a landmark day for Diageo in Ireland. Our plans for a new, state-of-the-art brewery in Kildare, and the developments at St. James’s Gate, will enable growth in overall beer exports from Ireland,” said Colin O’Brien, Category Head, Global Beer Supply at Diageo.

“We are fully committed to embedding sustainability across our business from grain to glass and this announcement represents the next step in our integrated approach towards achieving one of Diageo’s Society 2030: Spirit of Progress commitments by becoming carbon neutral in our direct operations.”

Additionally, it will also support the delivery of Diageo’s Society 2030 commitments by creating the physical space required for the use of renewable technologies at St James’s Gate.

“Diageo’s decision to invest in a second brewery in Ireland is a fantastic endorsement of the Irish food & drink ecosystem,” said Leo Clancy, CEO of Enterprise Ireland.

“Diageo is a key client of Enterprise Ireland, and we look forward to continuing to partner with them as they embark on this ambitious project to create Ireland’s first purpose-built carbon neutral brewery. The new facility will make an important contribution to the local economy, supporting value added exports, creating high quality jobs, and doing so in line with the highest sustainably standards.”

The new facility will contribute to Ireland’s critical economic and climate policy goals, such as supporting the transition to a low carbon economy while also increasing both food and drink production and associated jobs.

Diageo will submit a planning application to Kildare County Council in September this year and, if successful, plans to commence brewing in 2024 following a construction period of approximately two years.