Budget 2023 addressed the impacts of the war in Ukraine and the resulting increase in energy costs that have businesses and consumers fearing a hard winter.

The forecast for modified domestic demand, which measures the domestic economy to 1.25% for next year.

“I know that businesses are worried heading into the winter. The cost of energy and of doing business is rising. Interest rates are going up. Consumer confidence is waning”

The Temporary Business Energy Support Scheme will pay up to €10,000 a month to businesses to cover up to 40 per cent of the uplift in their bills. It will compare the average unit price for electricity between 2022 and 2021. If it’s more than 50 per cent, the threshold will be passed. It will need approval from the EU commission.

Not for profit organisations will get €60m this year for energy costs.

“I know that businesses are worried heading into the winter,” said Tánaiste and Minister for Enterprise, Trade and Employment Leo Varadkar, TD. “The cost of energy and of doing business is rising. Interest rates are going up. Consumer confidence is waning.

“We understand the scale of this energy crisis and we are responding to that in Budget 2023, a true Cost of Living Budget.

“This Budget is about putting more money in people’s pockets and reducing the bills that people and businesses have to pay. You can rely on us to back business and jobs to ensure the strong economy required to improve the quality of your life.

“In this Budget we’ve brought forward a package of five new items to help businesses of different sizes across a wide range of sectors to deal with rising energy costs.”

Every household will get €600 in electricity credits in three payments of €200: the first before Christmas and two in the new year, at €1.2bn.

Income tax package of €1.1bn: The standard rate cut-off point has been put to €40,000. Tax credits for personal employee and earned income credit by €75.

Second USC rate increased to account for the increase in the minimum wage.

“The announcement from the Minister on the increase to the standard income tax band and the increase in the second USC rate band reflects the commitments made in the Programme for Government,” said Ian Prenty, Tax Partner with Deloitte. Changing the top tax rate to apply to income above €40,000 rather than €36,800 could put up to €640 back in the pocket of a single person and €1,280 for a two-income household.

Prenty added: “The move to increase the standard income tax band will be a welcome development for many and is reflective of the comments made in the Summer Economic Statement that guarding against higher taxation on workers is to be a priority. While Ireland has one of the most progressive income tax systems in the developed world, policy makers need to be mindful of the negative impact which higher marginal rates of tax can have on business growth and economic development, and particularly on the need to guard against workers moving into higher tax brackets due purely to rising gross incomes as a result of inflationary pressures.”

The Growth & Sustainability Loan Scheme will make up to €500m in low-cost investment loans of up to 10 years available to SMEs, including farmers and fishers and small mid-caps, with no collateral required for loans up to €500,000. A minimum of 30% of the lending volume will be targeted towards Environmental Sustainability purposes.

€4m in funding is to go to the Local Enterprise Office network to include a new grant for microenterprises for energy efficiency. The Small Firms Investment in Energy Efficiency Scheme will provide a grant to companies to encourage capital investment in projects to reduce carbon emissions.

“Zero per cent VAT will allow local newspapers around Ireland to invest in journalism and in the transition to new digital business models.

“News publishers have faced a series of major challenges over recent years, most recently the huge increases in the cost of newsprint. This move will help support jobs in the industry and sustain the quality of our service to readers.

Excise reductions on petrol, marked gas oil and diesel, and the VAT rate on electricity and gas have been extended until the end of February.

Yhe cost of ‘special exemption order’ required by nightclubs will be halved from €110 to €55, effective tomorrow

The Help to Buy scheme has been extended by two years to the end of 2024.

A tax credit of €500 for 400,000 renters from next year, but people will be able to claim it this year too – and married couples and civil partners will get double value of the rent tax credit.

A vacant homes tax has been introduced. It will be three times a property’s local property tax, on top of the existing rate. Properties vacant for more than 30 days in a 12 month period will be eligible.

A levy on concrete blocks, pouring concrete and other concrete products raising €80m annually from 3rd April next year at a rate of 10 per cent

As legislated for, the carbon tax will increase by €7.50 per tonne to €48.50 from October 12th. This will increase petrol and diesel costs by 2c per litre. This will however be offset by a reduction in the NORA levy of 2c per litre – basically cancelling out any impact at the pump.

However, overall, Savills expressed its disappointment at the lack of measures in the Budget to foster the supply of housing.

“There is a significant undersupply of properties available to rent in Ireland – stemming from an exodus of private landlords from the market,” said Clarie Neary, Director of Residential Lettings and Management at Savills Ireland. “While the increase of tax relief on pre-letting expenses is to be welcomed, it’s not enough to incentivise landlords to stay in, or return to the market and boost supply.”

John Swarbrigg, Development Director at Savills Ireland added: “We’re in the midst of a housing crisis at a time when inflation, construction costs and a scarcity of development finance are making residential development unviable. To add to that, our planning system requires a mix of unit types in most locations, some of which are extremely challenging to deliver from a viability perspective, apartments and duplex units primarily, particularly in locations outside of the major cities.

“This was a missed opportunity by the government to introduce measures that would boost the development of desperately-needed residential supply. For example, while it may not be politically popular, a reduction in the 13.5% VAT rate on the construction of certain residential unit types would have a positive impact on delivery.”

The cost of special exemption orders for late night venues will be halved to €55.

Five agricultural tax reliefs will be extended for young trade farmers, farm restructuring and stock reliefs. The term of their extension remains to be seen. There will be a time limited scheme for accelerate capital allowances for the construction of modern slurry storage facilities.

The film corporation tax credit will be extended to December 2028

Skin in the game

“It was really important for Ireland to extend SARP relief for attracting talent into Ireland until 2025 so that we can compete with our European neighbours in attracting talent to work in Ireland,” noted Michael Rooney, Tax and Law Partner, EY Ireland.

“Even though the recent UK budget has been widely criticised, it will offer a competitive advantage to companies in attracting employees to come and work in the UK and pay a top rate of income tax of 40%. In addition, in recent days, Spain has offered a digital nomad VISA to allow foreign nationals to work in Spain and pay a preferential rate of income tax.

“Employers and employees alike will welcome the doubling of the Small Benefits exemption to €1,000,” said Michael Rooney from EY.

“Adapting our R&D tax credit scheme to ensure it continues to be among the best in class internationally is critical in order to preserve Ireland’s competitiveness with respect to attracting future R&D investments.

“It’s positive to see the Minister’s intention to extend the Knowledge Development Box (KDB) regime for a further 4 years. It is hoped with the appropriate level of reform that this regime can be enhanced to encourage greater levels of engagement across SMEs and multinational corporations alike.”

The Knowledge Development Box (KDB) provides for an effective rate of 6.25% rate of corporation tax on income arising from qualifying assets, the objective of which is to encourage the development of IP in Ireland. With a relatively low uptake to date, it is clear that reform is required to enhance the effectiveness of the regime while also future proofing the relief in light of international tax changes. Against this backdrop, the extension of the KDB by four years is a welcome development in ensuring the continued effectiveness and global attractiveness of the relief.

Commenting on the Minister’s Budget address, Cathal Noone, Tax Partner, Deloitte said: “Uptake of the KDB has been low to date in part due to the restrictive requirements for the relief. Public consultations on the relief have made it clear that reform is required, while recent Tax Strategy Group papers have noted that the relief is currently under review.  A consultation process on the relief was held earlier this year, closing on 30 May 2022. While the extension announced by the Minister is a welcome step in the right direction, continuous reform will be required to the relief to ensure it remains fit for purpose.”

A €200m targeted Ukraine Enterprise Crisis Scheme has been created to assist viable but vulnerable businesses in the manufacturing and internationally traded services sectors which are suffering the broader effects of the war in Ukraine as well as increasing energy costs. One strand of the scheme will provide up to €2m in grant aid for energy intensive companies impacted by the exceptionally severe increases in gas and electricity costs. It will be administered through Enterprise Ireland, IDA and Údarás na Gaeltachta and eligible businesses must produce an energy efficiency plan which shows how they will get their energy costs down.

To assist the wider business sector with liquidity and to invest in energy efficiency, we’re introducing a €1.2bn State-backed Ukraine Credit Guarantee Scheme. This will provide low-cost working capital to SMEs, primary producers and small mid-caps (businesses with fewer than 500 employees) of up to €1m, on a six-year term, with no collateral required for loans up to €250,000. 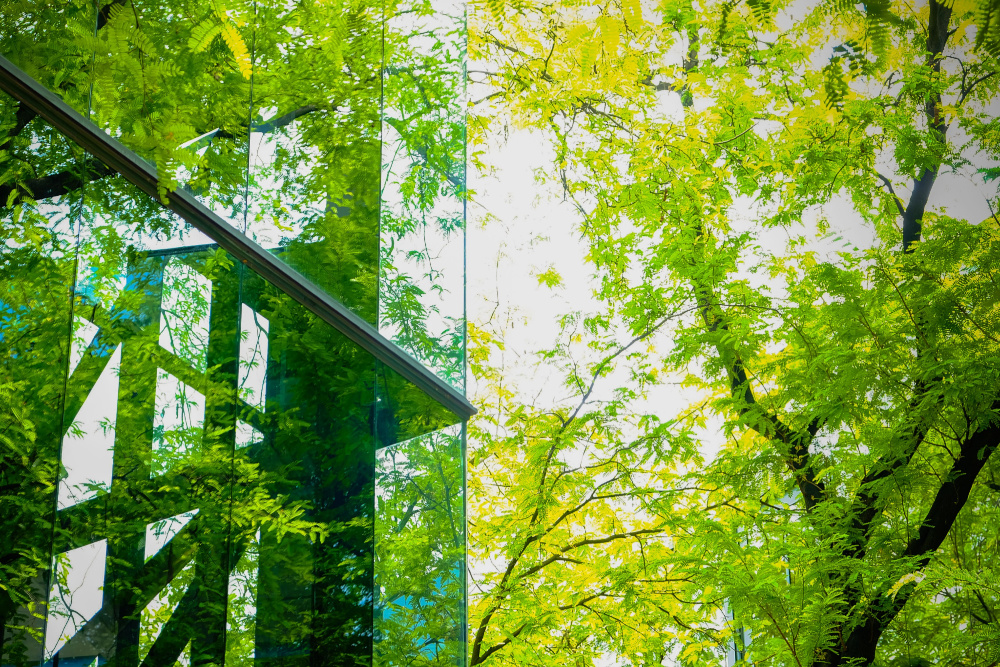 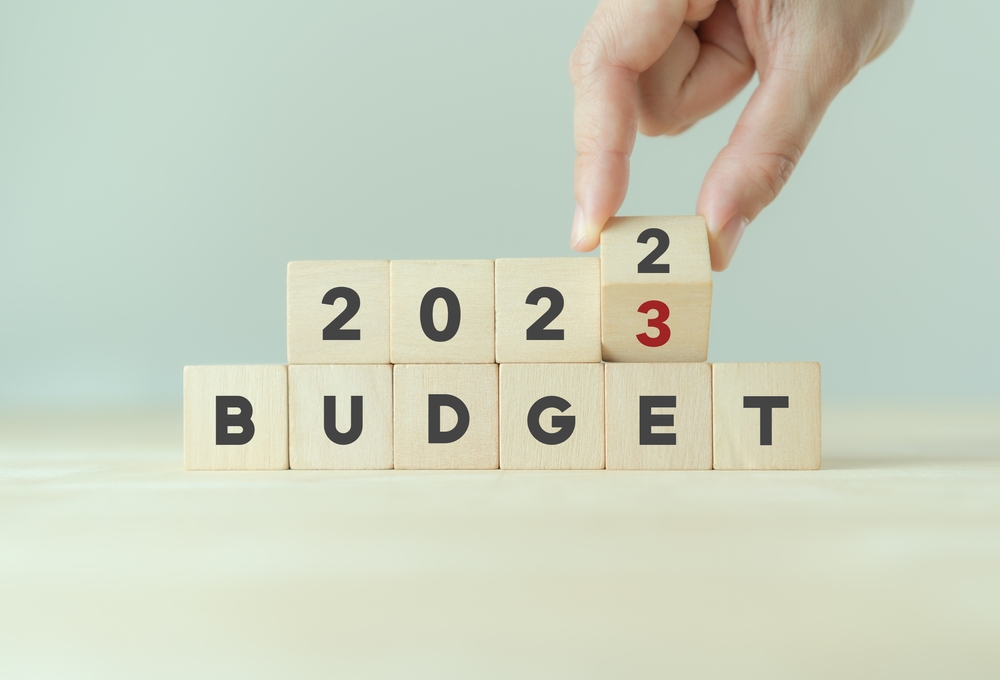 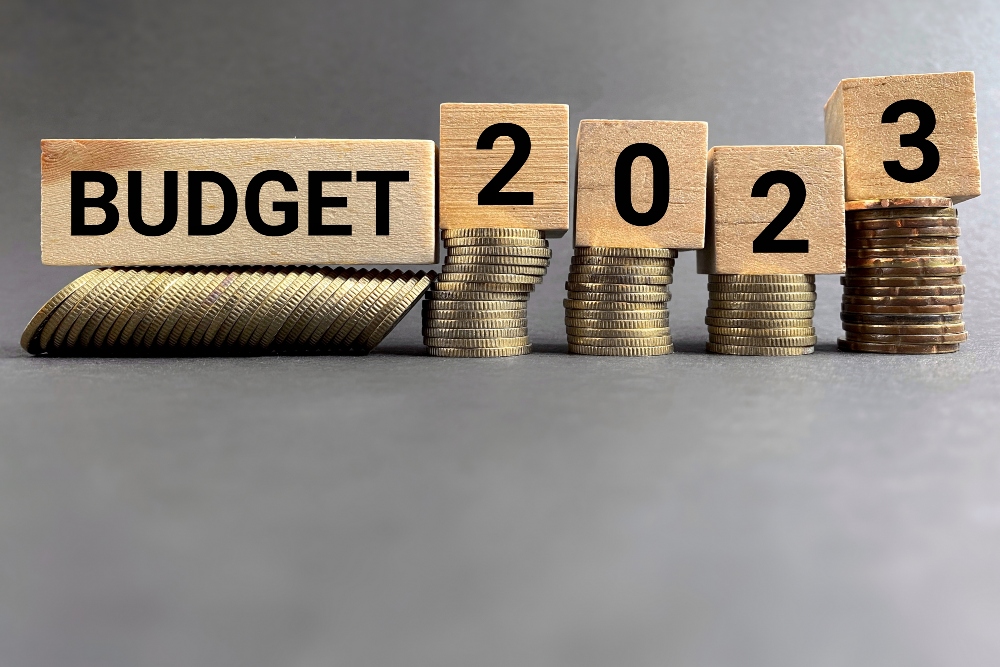 Budget 2023 is being developed against a volatile economic backdrop, writes Nicola Quinn, Tax Partner at PwC.