Apple is to construct a new building in Cork that will accommodate up to 1,300 employees.

Tech giant Apple has applied for planning permission to expand its buildings at Holyhill in Cork.

The iPhone maker is seeking to construct a new building that could house up to 1,300 employees.

“We’ve called Cork home for more than 40 years, and are thrilled to accelerate our investments here as we grow our team and expand our campus”

Apple is one of Cork’s biggest employers with more than 6,000 people working in the city.

Another big byte of Apple

It is understood that the new building will be in addition to the city centre location that Apple currently occupies and will house a number of existing and new staff.

Once planning permission is granted Apple hopes to start work towards the end of this year and completing the building in 2025.

It is understood that the four-storey building will be built on top of an existing car park and will be connected to other buildings on the campus through cantilevered link corridors.

The new building will run 100% on renewable energy, powered by a mixture of solar panels and heat pumps.

Apple has had a presence in Cork since 1980, firstly as a major manufacturing location for Mac computers and today it masterminds the global distribution of the tech giant’s iPhone products.

To date Apple has invested more than €250m in expanding its campus in Cork.

“We’ve called Cork home for more than 40 years, and are thrilled to accelerate our investments here as we grow our team and expand our campus,” said Cathy Kearney, vice-president of Apple’s European operations.

“We are proud to be part of the community here, and with this new project we will continue to create new jobs, support local organisations, and drive innovation on behalf of our customers.”

The news of the expansion follows Apple’s recent opening of its European Engineering and Test Facility.

“The impact of a company with this longevity in terms of reinvestment over four decades, job creation, innovation and acquired expertise is huge”

Taoiseach Micheál Martin welcomed the announcement saying it was further evidence of Apple’s strong commitment to Cork, and a strong endorsement of Ireland as a prime location for leading global technology companies to establish and successfully grow their operations.

“Apple was a trailblazer in technology at the time they established operations in Cork and their presence here gave, and continues to give, confidence to many more global tech companies to locate in Ireland. It is most encouraging to see them continue to invest in their Cork site.”

Tánaiste and Minister for Enterprise, Trade & Employment Leo Varadkar said he was delighted to see Apple further embed its operations in Ireland with this expansion. “Apple continues to be a standard bearer in technology, constantly innovating and evolving their products to keep ahead in an extremely competitive marketplace. The benefit of their presence, not only to Cork but to the surrounding counties and the whole of Ireland, in terms of job creation and contribution to regional and national economies has been enormous. I wish the team every continued success with this expansion, which once built, will accommodate 1,300 employees.”

IDA Ireland CEO Martin Shanahan pointed out that Apple’s Cork site has made a substantial beneficial contribution to the company’s global success and said: “The impact of a company with this longevity in terms of reinvestment over four decades, job creation, innovation and acquired expertise is huge. It extends way beyond its own campus to the hundreds of companies and merchants of all sizes, right across Ireland, who derive benefit from their presence here.  It is the reason why Apple was the recipient of IDA’s inaugural ‘Special Recognition Award’ in 2021, which recognises the contribution of our clients to Ireland.”

These are Ireland’s tech unicorn businesses The outbreak has limited the number of devices being built and sold in China. While Ireland has won its case over Apple’s taxes, the case is likely to be appealed again in the highest court in Europe. 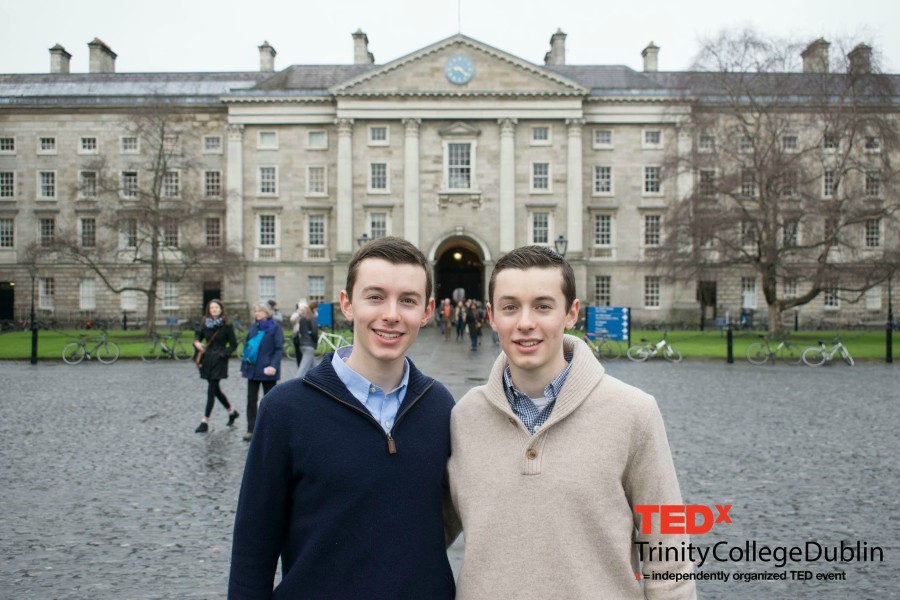 From homeless at 14 to working for Apple and Tesla

Despite their age (19), US twins Mark and Andrew Ansell have already lived rollercoaster lives, going from being homeless at 14 to interning at some of the biggest companies in Silicon Valley.