Barry Walsh delves into the business landscape in Waterford and discovers a rich tapestry of innovative food, digital and hospitality businesses.

Founded by the Vikings in 914AD, Waterford is one of the oldest cities in Ireland. According to Waterford2040.com there are more than 26,625 companies registered in the county.

The Atlantic Ocean, picturesque seaside towns, lush farmland and agriculture, a unique cuisine that gave rise to the blaa (a soft white-bread roll) and a bustling eponymous city centre, it’s little wonder that there are so many budding entrepreneurs opening businesses in Waterford.

In this article I focus on areas such as food and drink, entertainment, technology, not for profits and supporting entrepreneurs to look out for in Waterford: 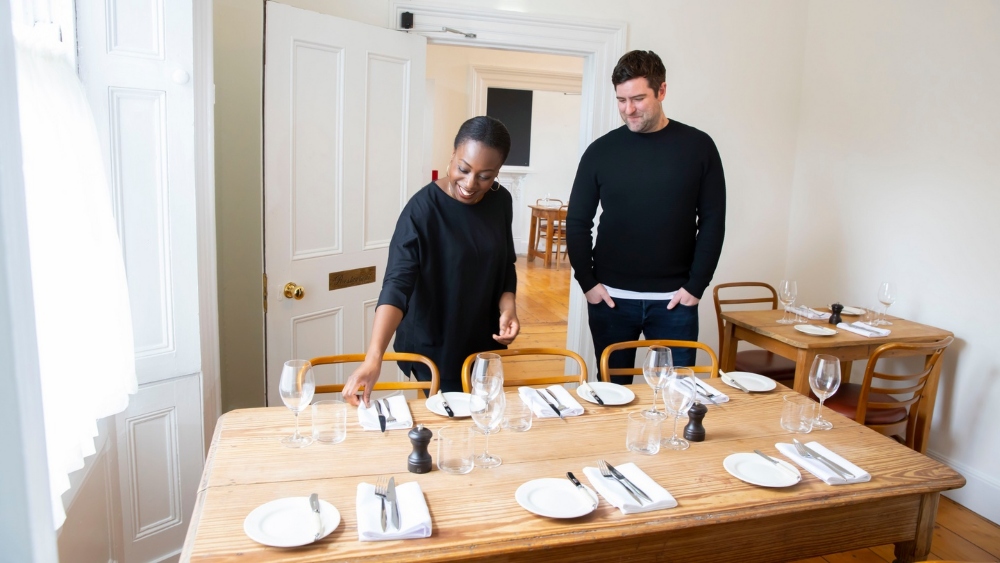 No article on businesses in Waterford could be complete unless you mention the seaside town of Tramore. Having met as teachers in London Peter Hogan and Jumoke Akintola Hogan opened The Beach House Restaurant in addition to their highly successful fish and chip shop in Dublin. The couple decided to move back to Peter’s home town and open a restaurant, which is located within walking distance from Tramore Beach. Having opened in March 2020, the proximity to the beach allows the restaurant to change its menu to suit the catch of the day from only a few miles offshore. In addition, the restaurant also has a large selection of wine to go with the fresh fish and all the vegetables are sourced from the local area.

The restaurant won the recent Best Newcomer Award at the 2022 Restaurant Awards before going on to win Best Seafood Experience later in the night. Jim Gordon created Boxworks Co Working Space in Patrick’s Street in Waterford city. The space brings together like-minded people from a range of different backgrounds and industries so that they can create a sense of community and feel less isolated than they were at home. The Boxworks offices has more than 35 members and they provide desks and offices for start-ups, small business and SMEs. The low pricing model allows members to work in the office according to their website “ethos of collaboration and business sustainability where they can connect, support and grow. “ 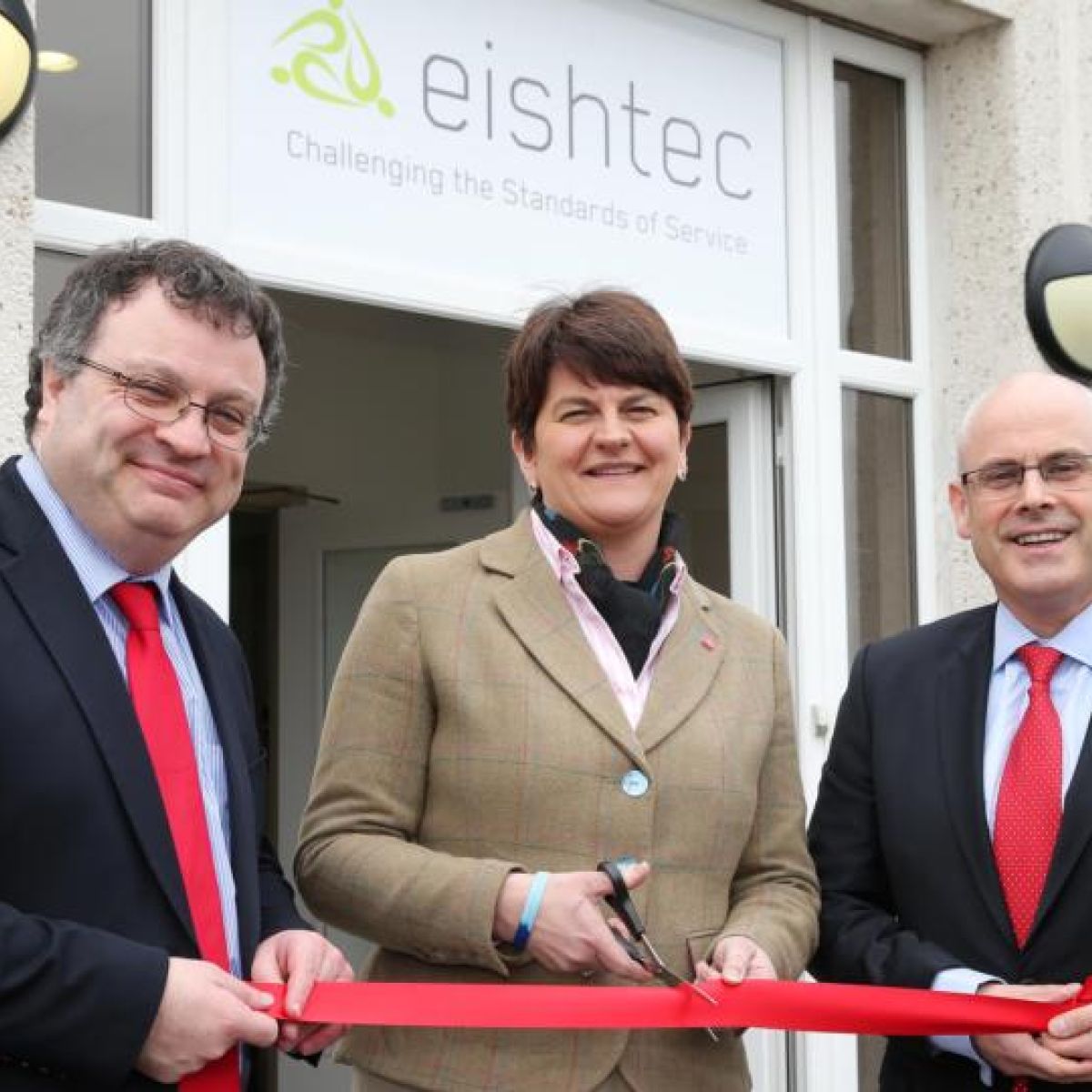 In 2011, Waterford was rocked by the news that TalkTalk closed its call centre, losing nearly 600 jobs. Three of those people who lost their jobs created their own company Eishtec. Founded in 2011 by Heather Reynolds, Brian Barry and Colm Tracey, Eishtec provides outsourced call centre services to clients such as UK-based mobile provider EE, as well as ID, the new virtual mobile network launched this year in Ireland by Dixons Carphone. It now employs 1,400 people in Ireland. The business was acquired by Infosys BPM 2019. 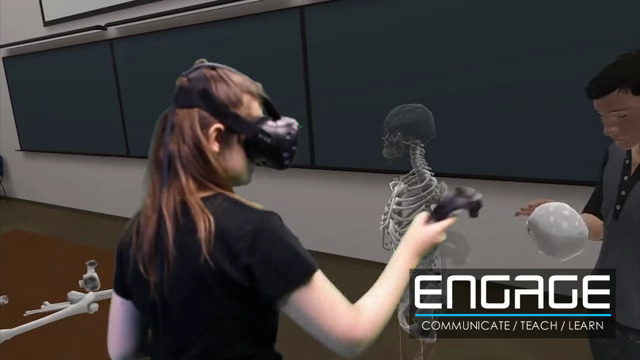 In 2014 David and Sandra Whelan founded Engage VR when they saw a gap in the education and VR markets for a company to build educational products for the Metaverse. “We are a virtual/augmented reality software company dedicated to transforming how training and educational content is delivered and consumed globally by providing educational institutes and businesses.” Engage VR has more than 160 clients across a range of platforms with some of the biggest names in the technology space.

Grow It Yourself (GIY) 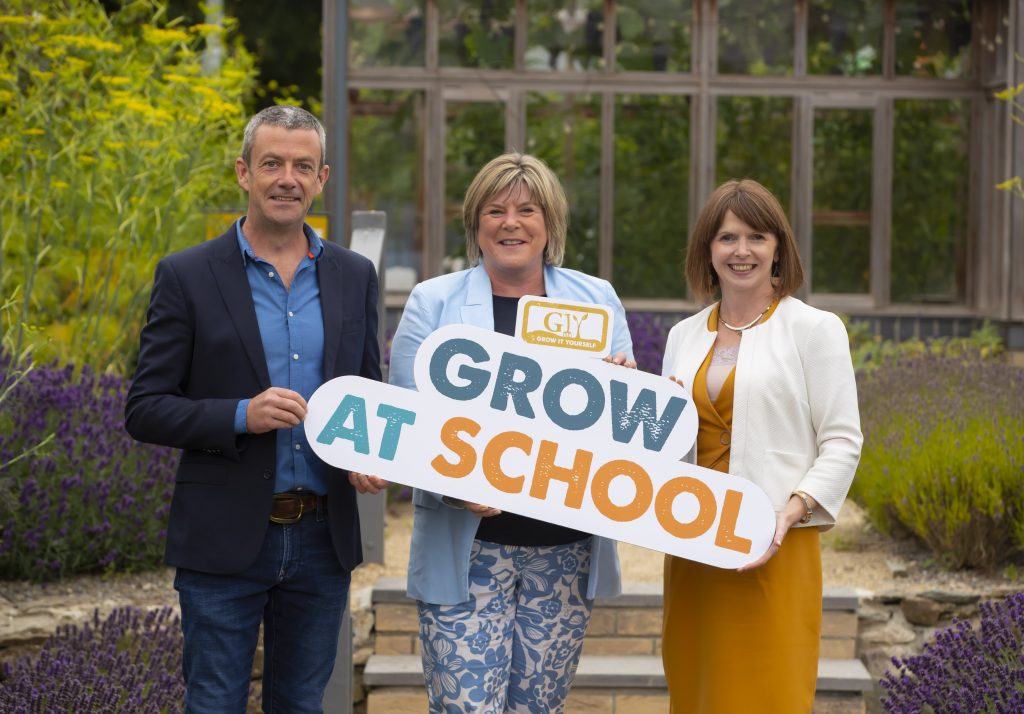 Having found himself in his local supermarket wondering why a piece of garlic was flown in from China, when it could be grown locally, founder Michael Kelly created the not-for-profit in 2008 as a social enterprise to help people to grow some of their own food at home, at work, at school and in the community. One of Ireland’s most successful social enterprises, GIY has a TV show, a series of cookery books and recently completed renovations on GROW HQ in Farronshoneen, Waterford – an award winning cafe, visitor centre and garden that provides employment to marginalised groups in Waterford. Rethink Ireland recently invested €1.2m into the business saying: “This initiative hopes to get 50,000 people to start growing some of their own food.” In March 2022, they were visited by (then) Prince Charles and his wife Camilla Parker-Bowles during their trip to Ireland. 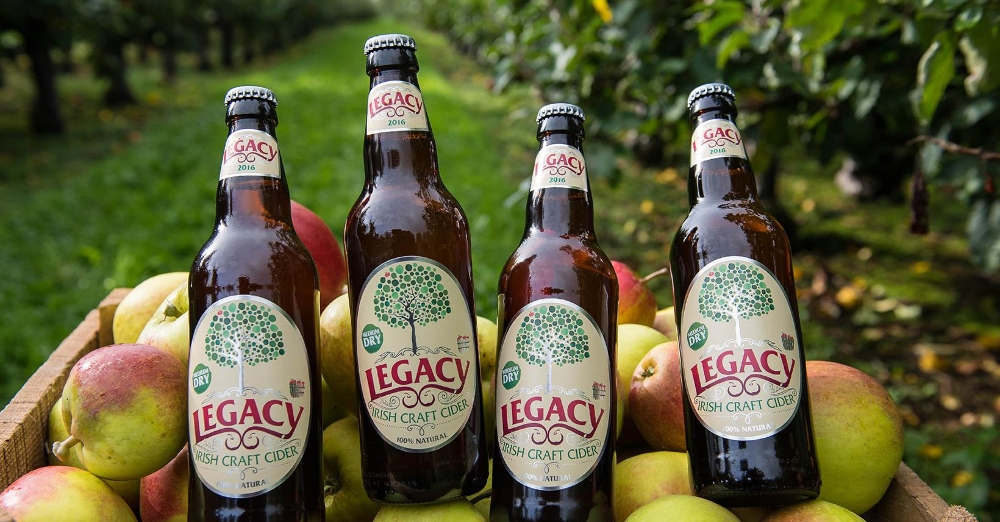 Based in Dungarvan Co Waterford and created in 2015 by Liam McDonell, a third generation cider maker who inherited his love of apples from his father Pat and has a PhD in apple growing, Legacy’s dry and medium ciders come in two different brands Legacy Cider and Longways Cider. Both brands can be found in over 200 stores across Ireland and are available for international trade as well. All of their ciders are naturally gluten-free and vegan-friendly. They have a long list of awards such as 2018 Blas Na hEireann Irish Food Awards Silver Medal, 2018 Great Taste Award, UK Guild of Fine Foods, 2018 British Cider Championships: Silver Medal winner in International Cider Category, 2018 Gold Medal Altech Dublin Craft Cider Competition. 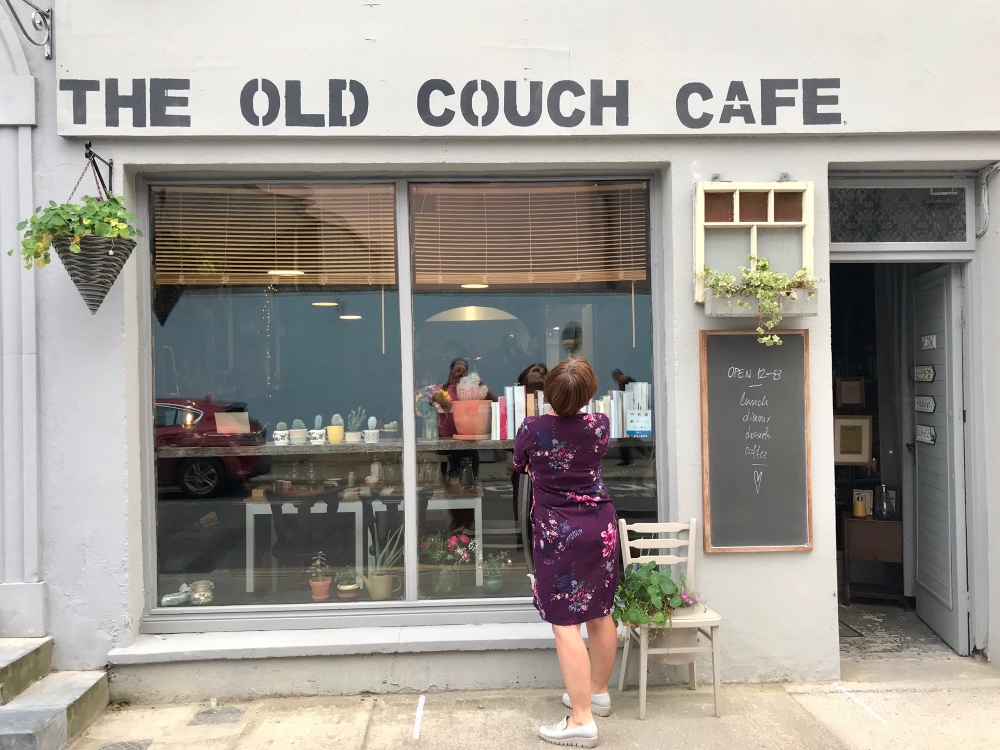 Based in the cultural corner of O’Connell Street in Waterford City, Damira Levacic and Przemyslaw Muszynski are a Croatian and Polish team that wanted to bring something different to Waterford and share their love of food with the city. They have both a 10-course tasting menu and a short course menu. The two trained chefs recently won Best Emerging Irish Cuisine in Munster at the 2022 Irish Restaurant Awards and then went on to win the Best Emerging Irish Cuisine for all Ireland. 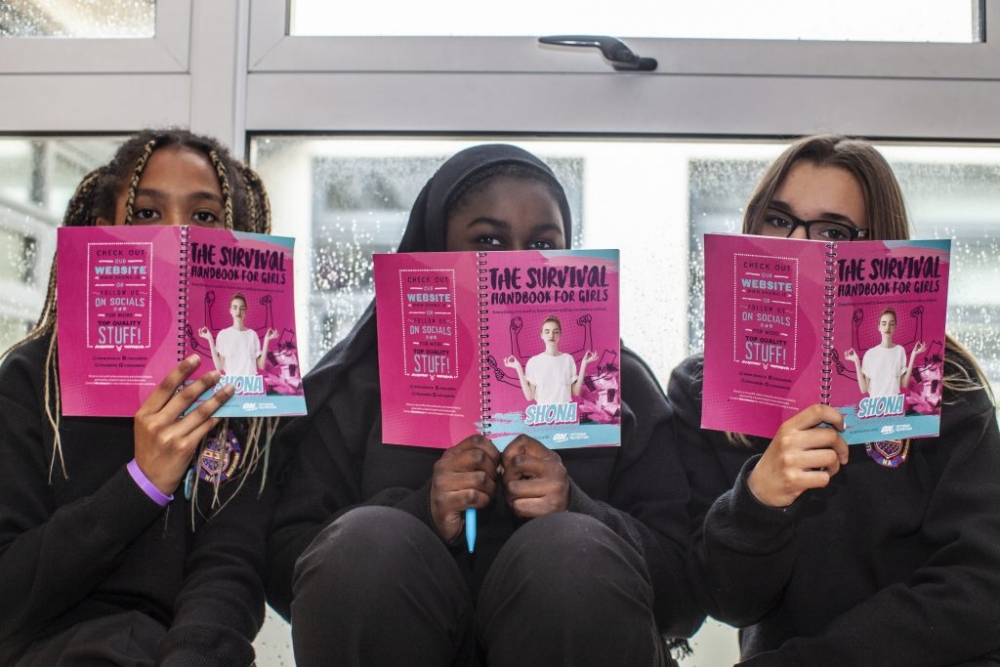 This social enterprise was founded in 2016 by CEO Tammy Darcy. The Shona Project is designed to empower young girls across Ireland. “We visit schools all around Ireland to meet and talk to girls about how to find their place and identity. We encourage girls to be kind to each other, and especially to themselves.” In 2018 they held their first conference and brought 350 girls together to hear from inspirational women in their fields. Since then, the conference has grown in size and has become the Shine Festival, an empowering event for the young women and girls of Ireland, featuring many, many speakers on topics such as self-esteem, resilience, career, arts, wellness, health sports, people, planet, and social issues. In 2021, SHINE Festival had over 40,000 attendees and in 2022, the hybrid event saw 2,000 girls and 15,000 virtual attendees come together to celebrate International Day of the Girl! Other impact projects run by The Shona Project include its school workshops where the team have travelled to schools in every part of Ireland and spoken to more than 25,000 girls, and also provided 30,000 free copies of its Survival Guide handbook to First-year girls in 2019 and 2022. Founder Tammy Darcy has received awards such as Humanitarian of the year in 2021, Top 100 women in Social Enterprise in Europe and 100 Women who are changing Ireland, and CEO of the year at the Irish Women’s awards. The Shona Project is growing from strength to strength and hopes to continue scaling up in 2023. 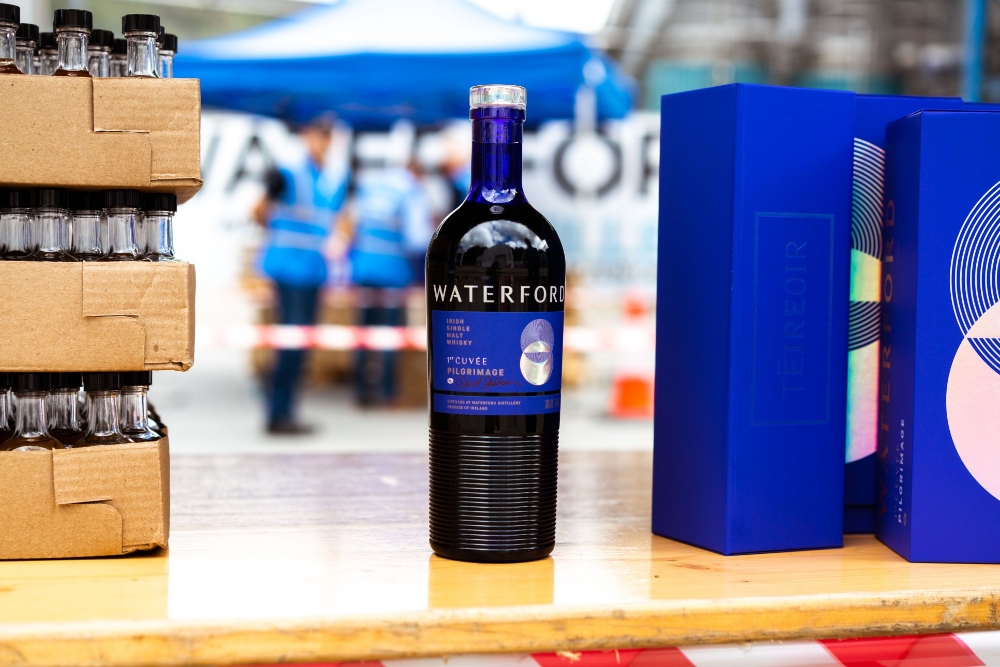 Based in Grattan Quay in Waterford city, Mark Reynier founded Waterford Distillery in 2015, having worked in the whiskey business previously for the likes of Scotland’s Bruichladdich distillery. The barley will be sourced from 46 contracted farmers (six organic farms) from Wexford and Waterford. The barley will be malted by Minch Malt. Its stated ambition is to “create a significant Irish whiskey brand with a whole lot of extra credibility that sometimes is missing from big companies.” Together with their bottles of whiskey, the company also provides both in person and virtual tours of their distillery. Information and interviews with their staff are available on topics around whiskey and agriculture in general and blogs on everything from the art they use on their products to the sustainability of their products. 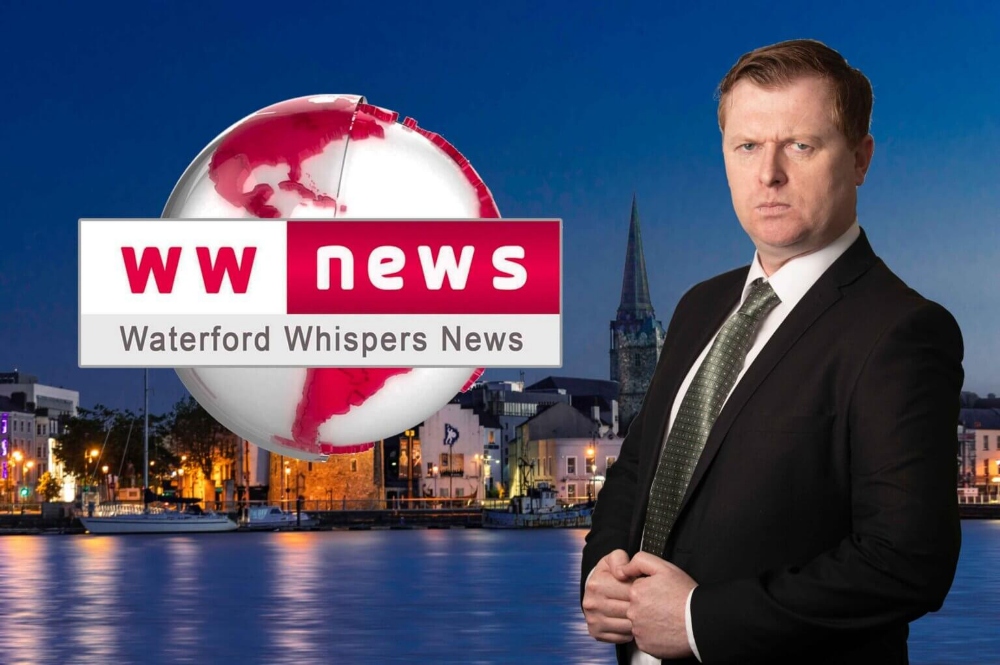 Started by Colm Williamson in 2009, the company is now Ireland’s number one satirical news site with more than 1.5m monthly views. They employ four comic journalist writers and in 2019 switched to a subscriber model on the Patreon platform. The company has a successful live event and it has helped Colm branch out into comedy performances, podcasts and TV episodes. Some of the satirical content includes ‘North Korea lands first ever man on the sun, confirms Central News Agency’  was picked up by Canadian blogs, American talk shows and Indian and Chinese television. In May 2015, the site released an article ‘Dozens injured in stampede after second checkout in Lidl opens’, which was reported by in German media as a real story.

How to make your business more sustainable and energy-efficient