It’s time for the West of Ireland to write a bold new chapter by attracting young professionals and their families to the region, says Western Development Commission CEO Tomás Ó Síocháin.

A new campaign called ‘More to Life’ to showcase the growing number of career and lifestyle opportunities in the West of Ireland has been unveiled.

The campaign led by the Western Development Commission is devised to help renew and reinvigorate the West of Ireland by attracting thousands of young professionals and families to make new lives in the region.

With more and more people working remotely because of the Covid-19 pandemic, the WDC believes now is the time for people to make a permanent and viable move to the West.

Time for talent to look west

As well as the new ‘More To Life’ campaign, the WDC has launched a new website westerndevelopment.ie to showcase the resources and supports available to those thinking of thinking to a new role, to work remotely or those thinking of starting a new a business. It includes information and success stories about the €72m Western Investment Fund (WIF) that provides loans and equity to business and local communities in the West.

As part of the campaign, the WDC is launching a new platform to help attract talent for hard to fill roles across all sectors.

This Talent Tool will allow job seekers to register for alerts on new roles and give companies information on talent looking to move west. The WDC believes this will help attract more investment from companies and also showcase the range of roles available across the region.

A video campaign as well as a podcast series is also being launched to inspire young professionals to consider a new life in the west.

In addition, through the Atlantic Economic Corridor (AEC) initiative, the WDC is building a network of over 100 Hubs that support remote working, community enterprises and the development of ‘second sites’ in the region for businesses. This will include an online booking engine for remote working spaces from Donegal to Kerry, which will be rolled out in the autumn.

“The phrase ‘More to Life’ has never been more true and now is the time for the West of Ireland, one of Europe’s great regions, to write a bold new chapter,” said Western Development Commission CEO Tomás Ó Síocháin.

“Out of adversity comes opportunity and the West of Ireland has a big opportunity to renew and reinvigorate itself. There are now an unprecedented number of career options in the West, some of them caused by the unexpected events of 2020 and the global pandemic.

“We also enjoy much more affordable living costs which means money goes further and people can enjoy a more relaxed lifestyle for themselves and their families. There is More to Life and we hope our campaign will clearly show people that to be the case.”

New media for the new West 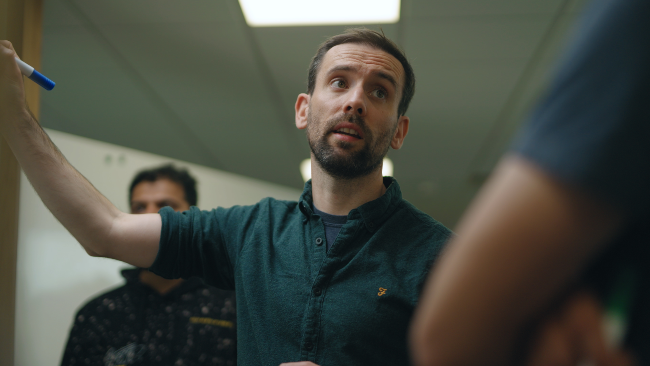 A new video series is the lynchpin of the campaign. It shows scenes of home, work and life up and down the West of Ireland – and declares: “This is more than just a place. This is a way of life. It’s where work/life balance flourishes. This is the West of Ireland, where there is more to life.”

John Savage who swapped an office in Dublin’s Dawson Street for the Atlantic coastal delights of Rosses Point, Co Sligo.  John and his wife already have a two-year-old son and the family is expecting a second child in November. He now works in Sligo for US tech firm Overstock and says of Sligo: “We are loving the space, the views, and the friendly village.”

Nathelie Mayono also features in the WDC’s More To Life video series. Nathelie moved to Foxford, Co Mayo in March this year and is a translator who works ‘remotely’ from her new base in Co Mayo. Originally from France, Nathelie had lived in Dublin since 2002.

In addition, a podcast series called ‘Pulse of The West’ will also feature insights from the WDC, industry and academia.

“We have put together our resources to make it easy for people to see what is on offer for them in the Western Region,” said Ó Síocháin. “We are also telling the stories of real people who have made the move out of more congested, expensive urban centres – and thrived.” 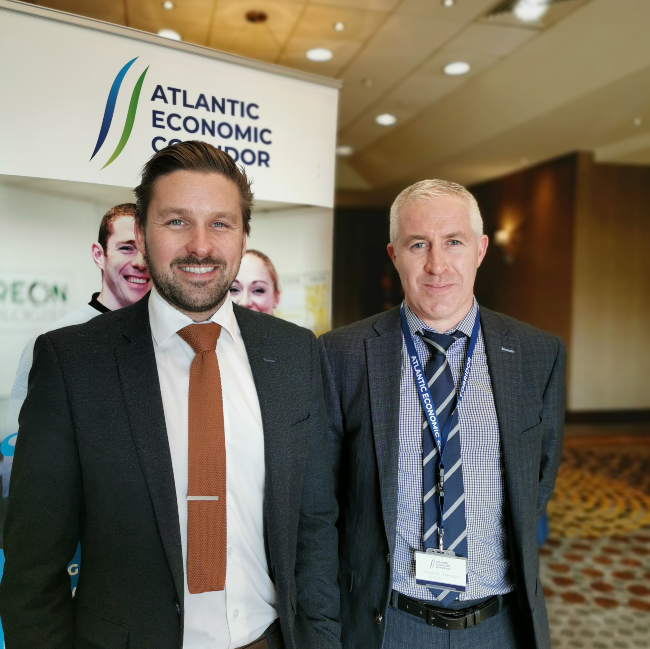 Founded in 1997, the Western Development Commission is a statute agency that seeks to foster and promote social and economic development in the Western Region. It does so by raising the profile of the region, collaborating with others on projects across several counties and lending and investing through its €72m investment fund.

“We really want people to feel and sense what it’s like to live in the West,” explained WDC communications manager Allan Mulrooney. “We also want people to have access to the best quality information and tools, so they can make the extremely rewarding decision and find out there certainly is More To Life.

“WesternDevelopment.ie puts the needs of the user first and makes planning a move west easy. The site features unique local content and information on housing, childcare, education and more across the region.

“Our Talent Tool will become a one stop shop for job seekers in the west across multiple sectors including remote roles. We’re also developing a new image bank of industry specific shots to help agencies and stakeholders showcase the challenging careers on offer,” Mulrooney added.

Main image at top: Nathelie Mayono who features in the WDC’s More To Life video series