Barry Walsh caught up with Tony Devine, one of the co-founders of the Grey Matters network, a company that focuses on helping organisations access the huge value of the mature worker.

What led you and your two co-founders to setting up The Grey Matters Network?

Mick Furlong and I had met initially when doing an MBA at UCD Business School and we had worked together for many years also. At the end of 2014, we were finishing our long-term careers and felt that we had significant experience and personal development that we could leverage in the workforce.

Our own network was limited, so we invited Declan Hughes to join us with his background in the SME space. In March 2015, we put together a list of our own connections to pitch our concept. From this, 27 experts reassured us that the concept made sense. We formally registered the company as ‘The Grey Matters Network Consultancy DAC’ in July 2015.

Why did you set up GMN?

We set up GMN to provide organisations with easy access to the experience and expertise of mature individuals. In our own professional careers, we witnessed the value that individuals with many more years of experience can bring to any situation. Our emphasis is very much on the value that our associates can bring to an opportunity. We do not lead on age, but rather intergenerational workplace.

“In our own professional careers, we witnessed the value that individuals with many more years of experience can bring to any situation”

What do you think are the biggest benefits of employing the so called “silver surfer” generation?

We place emphasis on the value of experience. That value can be delivered whether the individual is employed on a full-time permanent basis or in a shorter-term role. There is an abundance of data now available that addresses the benefits. These include: 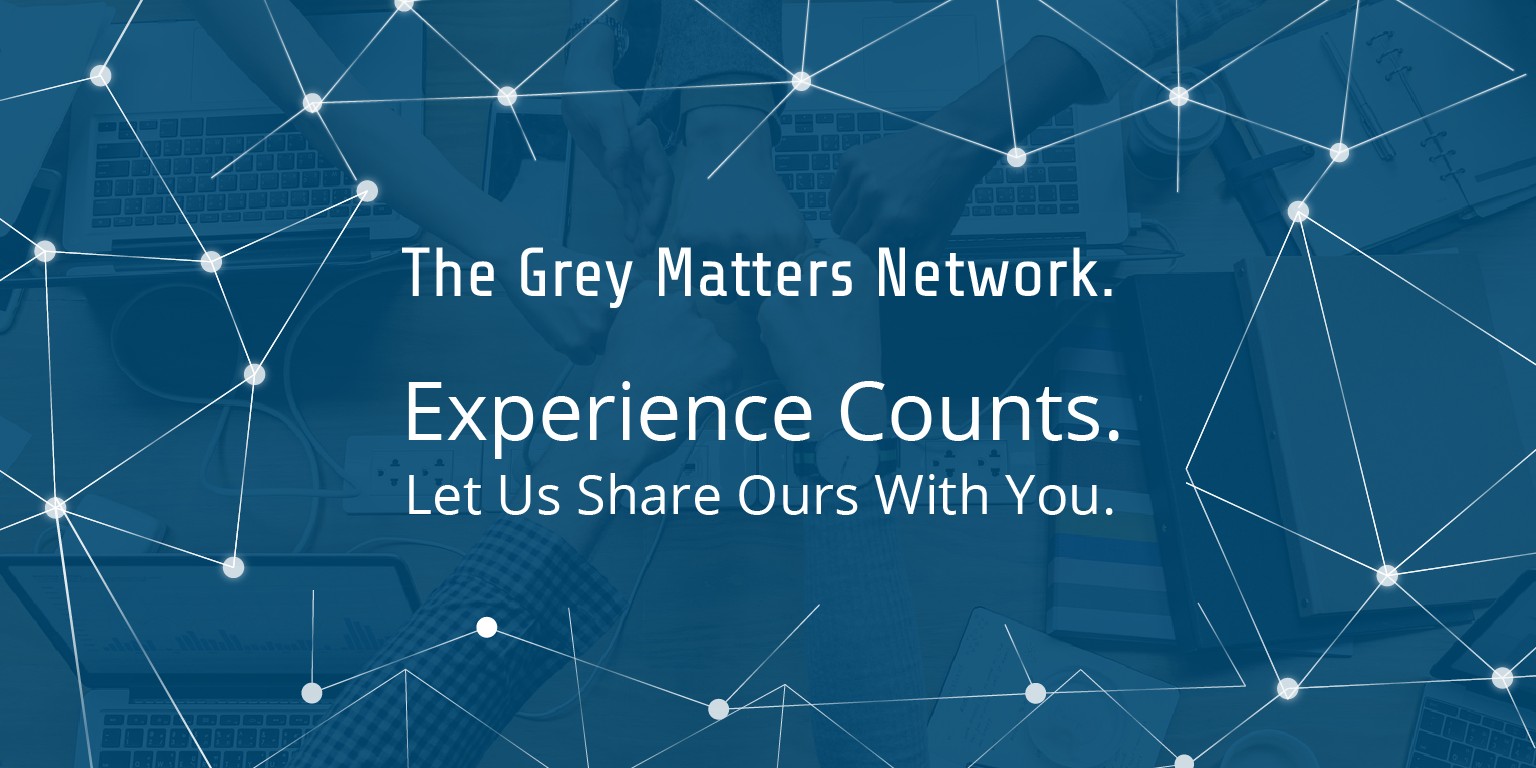 What are the biggest myths about employing people from older generations?

The ESRI released an excellent report last October, The Ageing Workforce in Ireland. These include chronological age (what’s on your birth cert), bio age (markers include dexterity both mobility and cognitive) and the social age. Society can often discriminate based on age (perceived or actual). Society often assumes that older means costlier. We are all prone to unconscious bias.

The same ESRI report also addresses the many myths that relate to age with research data. Some of the myths around the more experienced workforce are:

You do a lot of career coaching. What are some of the biggest fears about going back into the workforce from the older generation?

There is no silver bullet, no two situations are the same, however there a few general themes.

The biggest fear of the older generations in finding work is ageism. It is perceived that organisations will form an unconscious bias either by checking them out online or based on their CV even before they get to an interview.

Will I fit in:

A common euphemism for age that is used by some to reject an older candidate is that ‘we don’t feel you would fit in here’. You can bring the perspective of your experience, of your generation, which is very likely a major portion of the organisation’s clients.

I need a flexible work arrangement:

In many cases the older worker or the returning worker needs a flexible work arrangement to provide care for family members, parents or children. Organisations have mostly been reluctant to embrace this in the past.

How successful have your placements been?

All of our assignments have proven successful. Recent examples include Fenergo, CAE Parc Aviation, or SISK.

What do you find works best in terms of promoting your company both to employers and the target market?

We find that the most effective marketing of our services is through warm referrals through our network members. We have contributed to several newspaper articles, radio interviews and social media postings. We also run a major event once a year.

Is there anything the government could be doing more on to support this generation in the workforce?

Our Intergenerational Workplace initiative will generate some ideas – for example change from ‘let’s reduce the pension age’ to ‘let’s allow people to work as long as they can’. We would also like to see incentives for people to re-enter or stay in the workplace.

Are there any other Irish founded companies that are advocating for similarly disenfranchised groups currently?

No, there is no other company in Ireland that focuses exclusively on older workers. Consequently, we have talked to people in several countries who are interested in developing the GMN.

How Covid-19 burst through fears about cloud