Head of Tech, Media and Telecoms at Bank of Ireland Paul Swift looks at the latest trends including a spike in invoice redirection fraud aimed at businesses.

There has been a marked increase of incidence of businesses falling victim to fraudsters in recent weeks. It typically happens when a business receives an email claiming to be from an existing supplier, advising of their new bank details for payment.

In many cases the fraudsters may not request a specific payment at the time of the notification, which to some extent can make the request more believable.

“The important thing to remember here is that the business not only runs the risk of the loss of the funds, but they still have the outstanding invoice to pay to their supplier”

However, the person responsible for paying creditors that now thinks the request is believable may then update the ‘new’ bank details and the next legitimate payment gets paid to the fraudsters account.

The important thing to remember here is that the business not only runs the risk of the loss of the funds, but they still have the outstanding invoice to pay to their supplier.

For larger firms, the financial loss may not be catastrophic, but for a smaller firm, it could prove to be an existential threat to their business.

Tips to avoid becoming a victim:

We are seeing increased efforts across the TMT sector to amplify awareness and adoption of sustainable, ‘green’ practices to meet the challenges presented by climate change. Screen Ireland (Ireland’s state development agency for the film, television, and animation industry) have recently published a plan outlining its ambitions to place sustainability at the heart of Ireland’s creative sector.

Recognising the industry is poised for significant growth over the coming years, Screen Ireland are taking this step to ensure commitment to the highest standards of sustainability are implemented over the next five years and beyond.

Some of the key commitments made in the plan include:

The plan also offers an incentive of up to €25,000 for productions to take further steps to reduce their carbon footprint. Diversity, equality and inclusion initiatives also form part of this new plan, with new funding streams being provided to support more diversity in the creation of productions and the establishment of new talent academies to support more diversity of talent and representation on screen. All of these actions are to be welcomed and form part of the priorities of the wider Building for a Creative Future 2024 published by Screen Ireland last autumn.

The European Parliament and EU Member States recently agreed a deal on new legislation, which will make sure that what is illegal offline is also now seen as being illegal online.

The purpose of this new legislation is to regulate online platforms and intermediaries (such as online marketplaces, social networks, content-sharing platforms, app stores, and online travel and accommodation platforms). To put this in context, while there is broad consensus as to the benefits and advantages provided by the digital economy, there has been some concern too at an EU level regarding trade and exchange of illegal goods, services, and content online. There is increasing evidence of online services being misused through the deployment of unethical practices to either spread disinformation or negatively impact on citizens’ fundamental rights relating to how profiling of citizens has been undertaken, which has formed the backdrop to this new legislation.

While the new provisions are still subject to formal approval by MEPs and the Council, nonetheless, this agreement sets out an unprecedented new standard for the accountability of online platforms regarding illegal and harmful content.

It provides for a new ‘notice and action’ procedure for reporting and the subsequent potential removal/blocking of access to content. For ‘Big Tech’ (Google, Facebook, Apple, Amazon, and Microsoft) it requires them to undertake an annual assessment to identify potential risks with their services, with a view to putting a plan in place to address those risks, such as the dissemination of harmful or illegal content. Agreement has also been reached in relation to implementing measures that will curb targeted advertising that had previously been based on the use of citizens personal data; targeted advertising at children, that uses their personal data, will also now be prohibited.

Transparency is at the core of the DSA; rather than content being recommended based on an individual’s search history/preferences, larger platforms will be obliged to present/recommend content that is not based on profiling, is transformational in itself, compared to what we have been used to over recent years. Those operators of search engines or online platforms that fail to comply with the new Digital Services Act face fines of up to 6% of their global revenue.

In welcoming the agreement being reached, European Commission President Ursula von der Leyen stated: “The greater the size, the greater the responsibilities of online platforms” which appeared to be aimed at Big Tech to ensure their compliance. With so much ‘fake news’ circulating recently, and false information being spread about the crisis in Ukraine, the DSA provides the framework to ensure the biggest digital companies will better control their systems to curtail spread of disinformation or face hefty fines.”

Over recent weeks there has been lots of commentary in the media following the CSO’s publication, for the first time, of a breakdown of total metered electricity consumption by data centres, by quarter from 2015 to 2021. The data shows that total consumption almost trebled from 5% in 2015 to 14% in 2021. According to the CSO, the increase was driven by both expansion in demand from existing data centres and the addition of new centres onto the electricity grid.

These statistics will inevitably add to the debate around the impact that data centres are having on the environment and demands placed on the country’s energy supply. Based on data from EirGrid, demand from data centres could account for 23% of all demand in Ireland by 2030.

But the issue here is really about how the incremental growth in connectivity and the demands of consumers are accelerating need for data centre services. Every time we WhatsApp a message or make playlists choices on Spotify or check-in on Instagram, we generate traffic in data centres.

According to the International Energy Agency (IEA) for every bit (smallest unit of data) of data that travels from data centres to end users, another five bits of data are transmitted within and among data centres, by way of updating in one form or another.

According to IEA, there have been some rapid improvements in energy efficiency to help limit energy demand growth from data centres and data transmission networks. Data centre operators are now implementing sustainable practices to try and offset or reduce demands for energy and electricity. Sustainable efficiency improvements for servers, storage devices, network switches and data centre infrastructure are being implemented.

Ultimately advancements in software and technology will bring about the tools to optimise the management of data centres in the optimising energy usage in parallel with the integration of solar and renewable energy sources.

A schedule of seminars will take place from May 30th to June 1st inclusive. The theme for this year is Building a Web3 Future – Ireland as a Global Blockchain, Crypto and Web3 Hub.

The aim of this year’s events is to bring entrepreneurs, developers, and corporates together to build and create opportunities in blockchain technology, Crypto and Web3 across the island of Ireland. A hybrid programme will explore the developing role of Blockchain and Crypto technologies in Ireland and globally.

The blockchain market size is projected to grow from USD $4.9 billion in 2021, to USD $67.4 billion by 2026, at a Compound Annual Growth Rate (CAGR) of 68.4% during the forecast period. The value of the crypto market is now estimated to be worth in excess of $2 trillion. Over the course of three days, Blockchain Ireland will examine the value of Blockchain and Crypto, understanding their impact and asking how Ireland can take full advantage of opportunities presented by these emerging technologies.

For more information on the schedule for the week go to: https://www.blockchainireland.ie/blockchain-irelandweek-schedule/

Lyreco to invest €34m and create 50 jobs in Dublin

Women taking career breaks due to lack of flexible working 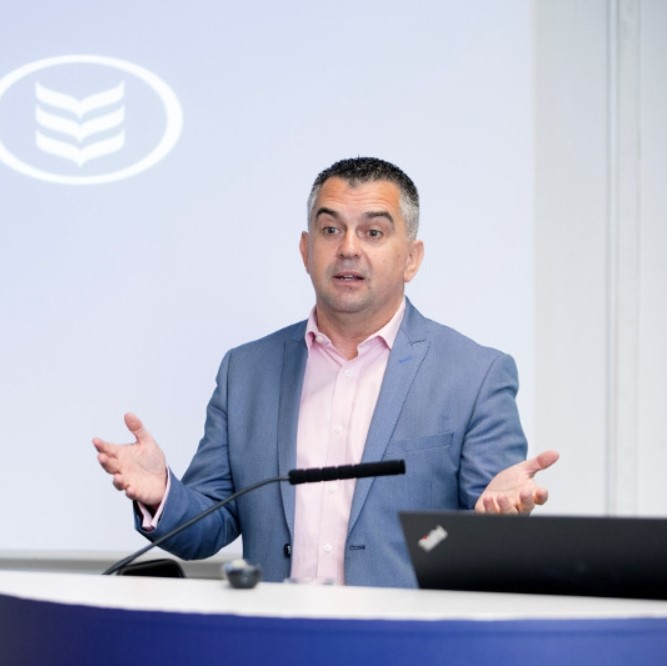