Cork entrepreneur Pat Phelan is taking his SISU chain of clinics to the US, starting with New York and Miami. He talks to John Kennedy about growing, scaling and exiting and how SISU could be his ultimate hat trick.

When I first got to know SISU founder Pat Phelan more than a decade ago, I was impressed by how he had easy access to a lot of new devices like iPhones and iPads before anyone else had them in Ireland. At the time he was an entrepreneur and a prolific blogger who had co-founded a business called MaxRoam, which subsequently became Cubic Telecom.

At the time, Phelan and his co-founders at Cubic lived across the road from where I worked in Dublin, making their pilgrimage back to their homes in the Rebel County every weekend, tweeting their jubilation (and probably relief) as they passed the Rock of Cashel on a Friday. It was clear that ambition burned strong in him.

“I have a funny brain that needs a bit of a challenge. My only real skill is that I see trends early”

Cubic Telecom has since gone on to become a global player in the internet of things (IoT), driving the digital connectivity of brands that include Audi, Panasonic, Volkswagen, Woolworths, e.GO and Skoda, to name a few.

It was during his second big exit – anti-fraud start-up Trustev, which was acquired by TransUnion in 2005 for $44m – that Phelan became a household name in Cork and Ireland, showing that a local boy can become a global player through gritty hard work and determination.

The last time I spoke to Phelan before we chatted last week was almost a decade ago at the Web Summit in Dublin on the eve of his departure to live in New York to make Trustev happen. The rest is history.

Phelan lucky? Well do you? 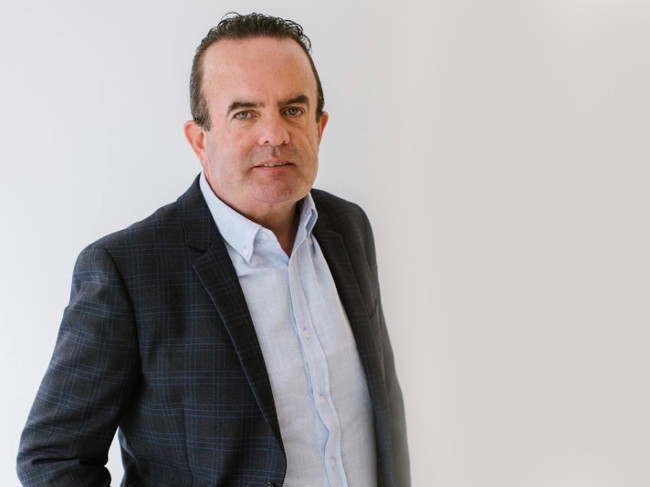 “We still employ 80 people near Cork airport and everyone else stayed with the business. I’m happy to say what Jerry Kennelly said about his exit: they came on bikes and left in Porsches”

And what a story it has been. As a teenager Phelan returned home proudly holding a paper that showed he had secured eight honours in his Inter Cert (now the Junior Cert). His heart sank when his father decided that instead of furthering his studies he was to train to become a butcher. He subsequently became a chef but in the back of his mind, and in his heart, he craved something bigger.

He became a mature student and went to IT Cork to learn business skills and became an accidental blogger after being inspired by a talk at the college by veteran business writer Shel Israel from Forbes.

Phelan is proof that you don’t need to be in your 20s to be a start-up success and now in his 50s he plans to score a hat trick by making his aesthetic clinic brand SISU a household name in the US and potentially his third exit.

“I feel about 30,” he quipped as I bring up the fitness overhaul he put himself through to prove he could walk the talk on wellness. “My favourite thing right now is bike, ski and row classes. I love the endorphins release.”

I remind him of the last time we met at the Web Summit eight years ago, when he was about to leave Ireland to scale Trustev in New York. “Well, that worked out well thank God,” he laughed. “We still employ 80 people near Cork airport and everyone else stayed with the business. I’m happy to say what Jerry Kennelly said about his exit: they came on bikes and left in Porsches.”

Recalling his decision to leave Ireland to grow Trustev: “I realised that there’s very little point in trying to sell to people out of the back of a rental car. I wasn’t a young fellah and decided to go over on my own and one of our investors helped me get a desk with a load of Russians he was backing – there was no WeWork back then – and I worked near Grand Central. The first thing I did was build a team and I started to sell our services to carriers like Verizon and retailers Radio Shack.”

A breakthrough came when fellow Corkonian Liam Casey from PCH International was at the White House St Patrick’s Day event and got talking to another Irishman who was working at payments giant TransUnion and struggling to solve growing levels of online fraud. Casey introduced Phelan and Trustev helped TransUnion combat fraud.

It was a very effective partnership. “We were able to do credit and fraud clearance and that really put kerosene on the fire. We were about to go for another venture round when TransUnion offered to buy us for $44m.

“The money wasn’t important for me. It was the team and a good few of them did quite well out of it. There were mortgages cleared. And that’s good enough for me.

“At the time we were TransUnion’s biggest acquisition. They have since bought a UK company called Callcredit for £1bn, but it’s all of Trustev’s technology that is in there driving TransUnion. It’s lovely to be vindicated a little bit, you know?” 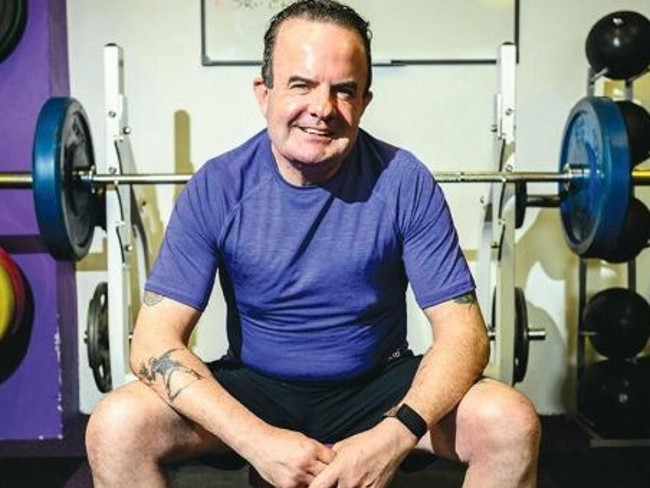 “I thought ‘Jesus, beauty must be a way bigger business than I thought.’ And I’d say to my friends: ‘We could be the Dry Bar of Botox.’ And that was where SISU came from”

Not one for resting on his laurels, Phelan continued working as an adviser with TransUnion (up until before Christmas), but also was keen to start-up again.

“I have a funny brain that needs a bit of a challenge. My only real skill is that I see trends early.”

He embarked on creating a toothbrush brand that would operate similarly to Dollar Shave Club, providing customers with electric toothbrush heads and toothpaste on a subscription basis. “Oral hygiene is very poor in the world and we don’t throw away our toothbrushes early enough.”

Close to launching the business, Phelan pulled the plug at the last minute. “I just said, Jesus, that’s the just not right thing to do.”

His next idea came from his time in New York. “I had these buddies who were doctors there and they had a small clinic called Visage. It was small, but a great business. At the same time I had been watching a store in New York that had queues outside it morning, noon and night. It was called Dry Bar and it would wash and style people’s hair for $65. I thought ‘Jesus, beauty must be a way bigger business than I thought.’ And I’d say to my friends: ‘We could be the Dry Bar of Botox.’ And that was where SISU came from. I think we are miles ahead of the curve and we’ve gone from zero to a multi-million-euro turnover and we’re now on the late stages of a fundraise to take it back to the US and we will open soon in New York and Miami.”

Phelan established SISU (in Finnish it roughly means strength of will, determination, perseverance, and acting rationally in the face of adversity) with the brothers James and Brian Cotter after they sold Visage to him in 2018. SISU also acquired Cork-based dental chain Teeth Whitening Clinic in 2018. Today SISU has seven outlets: one in Cork, one in Killarney, one in Limerick, three in Dublin and one in Belfast.

I asked Phelan if embarking on the SISU journey into retail was a huge departure from technology.

“Yes and no. The thing is I am always changing but there is an awful lot of technology in it. This business already exists, but it is highly inefficient and is usually a single-doctor practice. The marketing is terrible, there is no social or online acquisition. And I just built all of that around SISU and it has won thousands of five-star reviews from satisfied customers.

“In a sense it’s a whole new journey. The key is to give customers an amazing experience, keep in touch with them and make them a customer for life. If you think about it, facials alone are probably a trillion-dollar business.”

Asked what it is that is driving the SISU business, Phelan explained: “It is probably a wanting to look well thing more than an age thing. People want to look well and feel well. You can see it yourself: the gyms are packed, and I’d say the Instagram world is probably helping this.”

Before starting SISU, Phelan gave himself a physical overhaul. “I said to myself, ‘if you’re kind of working on this you better get your fitness right.’ It’s grand in tech where you can be heavy and wear hoodies, but that is not going to work in this industry. You have to walk the talk.”

His three chapters in business have taught him a lot: “People buy from people, that’s rule number one. Two, surround yourself with the absolute best salespeople and hire them early and pay them royally. Three, treat the customer like they are kings and queens. SISU taught me that and it is the core of the business. If you make a customer happy in this business their heaven and Earth is moved.”

In some ways Cork is closer to New York than Dublin 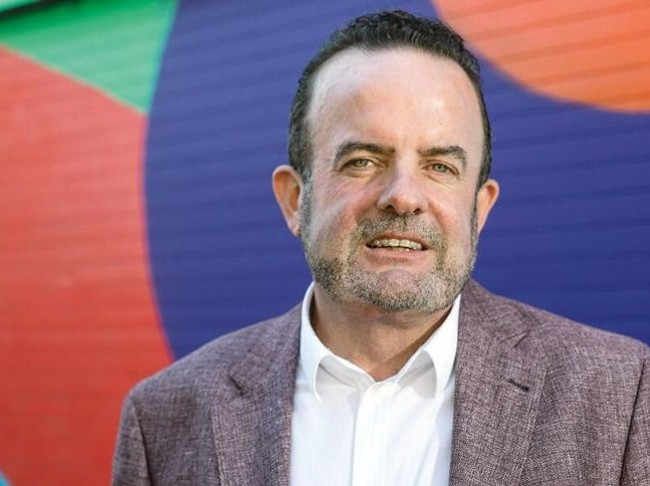 “People don’t just want jobs and careers, they want to build things and enjoy the rewards. They just want a bit more. And where there are exits, there are often windfalls”

He believes that SISU is ready for America and he is planning to return to the States to drive the brand.

“The move is imminent. America is ripe for us, it’s a market that is wide open. The first stores will hopefully open this summer in New York and Miami. We also have one of the largest European retail chains that wants to put SISU clinics in its stores. We are also working on a [Amazon] Prime model where people would pay a subscription fee. I won’t say there’s a $1bn business here, but I would say there’s a very IPO-level business here.”

In conclusion, I ask Phelan what sets Cork entrepreneurs apart from other Irish entrepreneurs. “In ways we are probably closer in our make-up to New York than we are to Dublin. We’re a tough, small city, and we’re probably insular. We have always been that little bit more rebellious. Because the people in Dublin have a big local market, we have to think on a global scale. We have that pioneering spirit.”

That global mindset is the common thread linking success stories like Dan and Linda Kiely’s Voxpro, Liam Casey’s PCH International, Daniel Mackey and Peter Coppinger’s Teamwork and Ronan Murphy’s Getvisibility. Other local Cork start-ups that Phelan believes have the potential to go the distance include Workvivo and Crest Solutions.

Looking to the future, Phelan believes success breeds success and the more successful start-ups there in Ireland are the more spin-outs will emerge. This entrepreneurial surge, he believes, should be underpinned by more creative policy decisions such as paid internships in start-ups with Government support.

“People see people doing well, that is career-enhancing. People don’t just want jobs and careers, they want to build things and enjoy the rewards. They just want a bit more. And where there are exits, there are often windfalls.”

With SISU’s plans to take on America, Phelan is as ambitious as he ever was.

“We knew from the start that we had a good idea. Ireland, in reality, has been a testbed market for us and now that it has been measured, we feel very confident.”

European fintechs to battle it out for a $100k prize