There are signs of green shoots of recovery for the motoring sector in Ireland as pressure caused by used car imports from the UK appears to be abating.

But that does not mean the sector will not have its challenges in 2020 and into 2021.

Derek McDermott, managing director of Bank of Ireland Finance, speaking ahead of the Society of Irish Motor Industry (SIMI) Annual Dinner and Awards tonight (20 February) warned that Brexit uncertainty, delays in much-needed policy decisions around the reform of vehicle registration tax (VRT) and customers pondering new technologies such as electric or hybrid vehicles all will take their toll.

Between 2017 and 2019 the new car market in Ireland declined circa (ca.) 20pc with new car sales contracting 6.8pc in 2019 alone despite a wider, more positive macroeconomic climate.

2020 could be a turning point for motor trade in Ireland 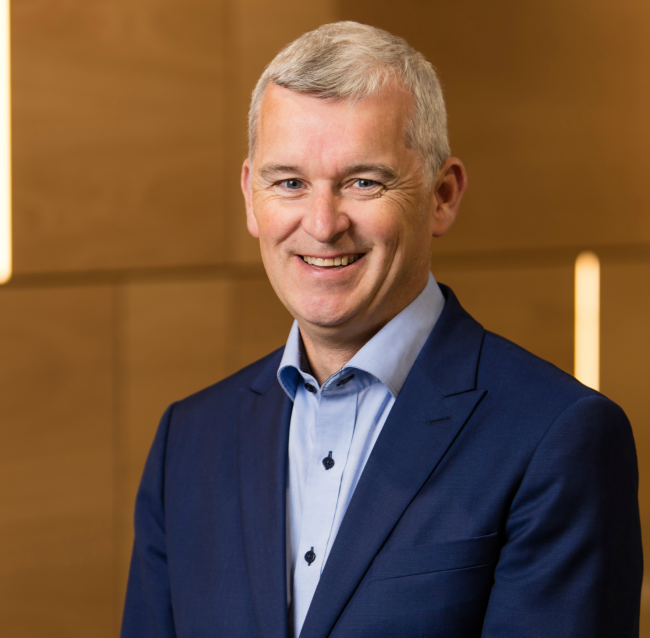 “Motor dealers in Ireland have been losing revenue from new car sales for the past three years due to consumer uncertainty and a weakened Sterling,” he said.

He pointed to how Brexit uncertainty and a weakened Sterling served to drive an increase in used car imports, with used cars from the UK increasing in the Irish market. As such there was a 100pc increase in the average number of annual used car imports arriving in Ireland, doubling from ca. 50,000 cars in 2016 to ca. 100,000 by the end of 2018. Used car imports rose again by ca. 13pc in 2019 to a record number of ca. 114,000 vehicles.

In the second half of 2019 alone used car imports increased by 24pc year-on-year.

McDermott said that motor dealers across Ireland are seeking a much-needed overhaul of the current vehicle registration tax (VRT) regime, but in spite of reform in the area of nitrogen oxide (NOX) tax in Budget 2020, the wider overhaul traders were expecting has not materialised.

“There are signs that this trend might continue with the NOX tax curtailing older, higher-polluting used vehicles coming in.

“However, this is not going to curtail newer, less polluting cars coming into Ireland as they have lower levels of NOX and lower CO2. As long as Sterling trades in its current range used imports will remain a challenge to new car sales.

Looking to 2020, McDermott said that distributors in Ireland are forecasting a flat market or marginal growth of around 5pc.

“You may see the decline in car sales bottom out this year and that’s a positive trend in itself,” McDermott said.

“There has also been a huge challenge in consumer confidence around purchasing a new vehicle and that confidence was driven by Brexit but also media coverage around the move to electric vehicles.”

How long will diesel cars continue to drive the market?

Despite ambitious plans by the Irish Government to ban the sale of new petrol and diesel vehicles by 2030, as part of a major strategy to protect the environment, McDermott said this target may be premature.

According to the recent Bank of Ireland motor sector bulletin for January, diesel car sales have reduced to 42pc of overall sales and remains the leading choice of Irish consumers for 2020.

“Sales of new diesel cars have declined from a peak of ca. 74pc in 2015 and we have seen growth in demand for petrol, hybrid and electric vehicles. Petrol cars now represent 39.5pc of new cars sales, indicating that traditional internal combustion engines still account for over 80pc of new car sales.

“Hybrid sales accounted for 15.6pc of new cars sold in January 2020 and the balance of demand is for electric vehicles at almost 3pc of the market.

The Nissan Leaf and the Hyundai Kona accounted for 65pc of all of the 3,500 electric vehicle sales in Ireland last year. “There still isn’t huge amount of choice for consumers and the vehicles that are available are expensive.”

He explained that when you take into account Government subsidies, SEAI grants and VRT relief, a new Hyundai Kona would cost ca. €40,000 to purchase.

It is also, therefore, questionable whether the Irish Government’s target of having 840,000 electric passenger vehicles on Irish roads by 2030 is achievable.

If they fail to achieve that they will be hit with a fine of €95 per gram per vehicle above 95 grams.

“It is likely that most brands will run into millions of euros worth of fines in 2021. This emissions target will be further reduced in 2025 and in 2030 putting further pressure on manufacturers to release new zero emissions vehicles..

“There is no doubt that manufacturers will need to continue to evolve their technology to reduce CO2 and will continue to invest more money in EV technology.

Long term trends to watch going forward include attitudes to mobility and vehicle ownership amongst consumers as technologies evolve to potentially even include autonomous vehicles, with new models emerging from subscription to app-based hailing.

Jaguar Land Rover, for example, has established a venture capital fund for start-ups developing new technologies that would support sales in the sector.

“This trend might change demand for vehicles in cities but in rural Ireland people will still need their cars.”

“If a consumer feels that the vehicles are prepared and warrantied to a high standard and they have confidence in a dealer and don’t need to trade-in, they now have the option to buy online.

“This reflects how new generations coming onto the road may have a different attitude to buying cars and the industry needs to be ready for this.”

IT security in Irish firms pushed to the limits