As first reported by ThinkBusiness in October, Riot today expanded its footprint in Dublin with an official opening of the first of three Remote Broadcast Centres (RBCs) making up Project Stryker.

The 120 jobs will be in addition to the 165 people that Riot already employs in Ireland.

Set to reach an audience of 145m this innovative approach to global broadcast production powered by Amazon Web Services (AWS) will transform live esports productions on a global scale.

Based in Swords, the European headquarters for Riot’s Project Stryker is the culmination of an €18.5m and has resulted in the creation of 120 new jobs at the RBC.

Broadcast feeds from live esports competitions happening around the world can be sent to the Dublin RBC where the content is produced, broadcast, and distributed in multiple languages. Ireland is the first of just three global locations chosen by Riot Games as the location for Project Stryker RBCs. The country is ideally placed as the European HQ for Project Stryker due to the quality of its infrastructure, position in the European market, talent-pool and strategic location as part of the esports global ecosystem.

The Remote Broadcast Model offers efficiency in terms of lower operational costs and guarantees a standard of broadcast quality across all content. Under a “follow the sun” approach, the RBCs will facilitate the production and broadcast of esports content 24 hours per day, 7 days per week.

The 6,000 plus square metre facility is equipped with six control rooms to enable it to broadcast six live events at an event scale each similar to the Super Bowl simultaneously across multiple time zones. Content is edited in real-time, and each broadcast is also translated into the local language, depending on the country to which it is being broadcast.

“Project Stryker is a ground-breaking next generation project that will revolutionise how content is produced and broadcast,” said Allyson Gormley, General Manager, Project Stryker.

“The quality of the technologies and the model adopted is a game-changer. Three years in the making, Project Stryker is the culmination of a commitment by Riot Games to continuous innovation and to provide the best possible playing and viewing experience for our fans.

“There has been a tremendous growth in esports, which requires a similar level of skills, commitment, and dedication to what one could call “traditional sports.” The entertainment value, the opportunity for connection and to be part of something bigger are among the primary factors driving the popularity of esports.

“Dublin is now at the forefront of a new frontier and the team will be part of an exciting new chapter in live broadcasting. Our always-on 24 entertainment broadcast model reflects the changing needs and desire of audiences.

“Dublin is an ideal location to support this growth, with an exceptional talent pool, ease of doing business and key strategic position making it the perfect hub for the first of the Riot Games trio of RBCs. The skills required as part of the esports industry are many and the creation of 120 plus roles in Dublin, adding to our existing workforce, reflects the commitment of Riot Games and Project Stryker to Ireland.”

Commenting further James Farrell, Manager of IDA Ireland’s Content, Consumer and Business Services (CCBS) Division added: “The opening of the new Riot Games Remote Broadcast and Content Production Centre (RBC) in Dublin is a very positive development for Ireland. The esports sector is an exciting and expanding sector and the establishment of this RBC demonstrates the confidence that Riot Games has in Ireland as a location in which to develop global capability in this space. I wish them every success with this new centre.” Ireland’s first e-sports research lab in Limerick is envisaged to grow the visibility of Ireland to the rapidly expanding billion-dollar e-sports industry. 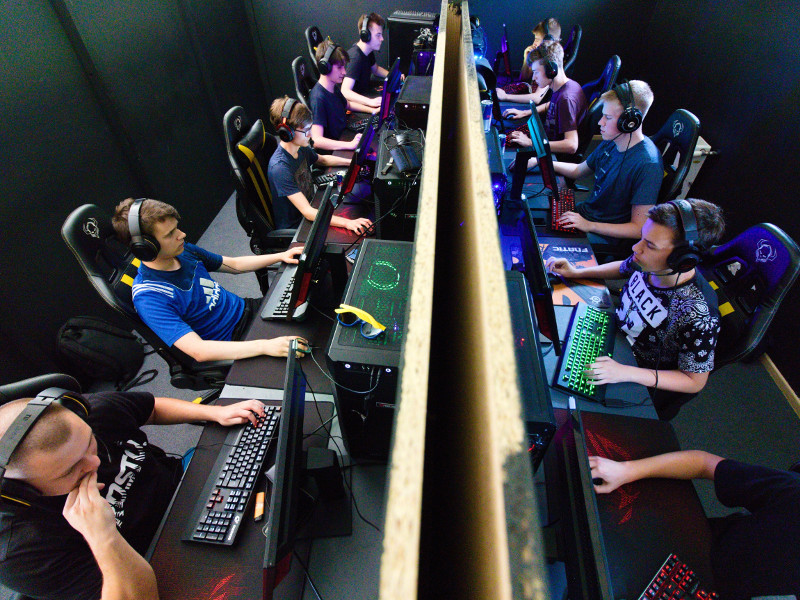 Ireland is winning at e-sports

The world of e-sports is making its mark in Ireland with 22pc of Irish adults watching or participating in competitive video-gaming.