If you were to sum up the Nutshed story, it boils down to a passion for food but also a knowledge of food.

This appreciation and respect for quality food developed on the shop floor of Eliza and Evie Ward’s parents’ business Country Choice on the main street of Nenagh. Country Choice is no ordinary delicatessen/coffee shop but a pioneer in the development of the market in Ireland for artisan food. As well as good coffee and fresh wholesome food, Country Choice is a veritable treasure trove of fine, specialty foods and ingredients from wines to pesto, cheeses and olive oils.

“Our parents would have been outspoken advocates for the farmer, for the produce and fair pay for fair labour”

Eliza recalls: “Our parents were at the forefront of a movement that was happening in the early 1980s in Ireland in artisan food; Durrus Cheese, Cashel Blue and Gubbeen Cheese were starting off and Ballymaloe was beginning and my parents would identify at farm gates where beautiful vegetables were being grown and sourcing the best apple tarts and jams that would come from the hedgerows. They were also sourcing specialty foods from around Europe in terms of olive oils, pesto, wines and we basically grew up in the food world. As kids we identified people by the food they made.

“Nenagh’s heritage as a market town was also a big influence. There were farmers coming in from all around the region and Nenagh is a very enterprising little town that has agriculture at its core. Quality is the foundation of what is our strongest industry and we grew up to know good butter, good potatoes, good meat, foods that are fundamentally Irish. Our parents would have been outspoken advocates for the farmer, for the produce and fair pay for fair labour. We grew up to recognise the seasons for good food and things like the best months for tomatoes. Our parents were outspoken advocates for quality and we learnt a lot of that by osmosis.”

That abundance of knowledge and respect for quality food with quality ingredients informed the sisters’ decision to go into business as co-founders of Nutshed, which makes a range of wholesome treats from various ethically made peanut butter products to rawballs made with seeds, fruits and nuts to delicious gluten, dairy and sugar-free squares and brownies. 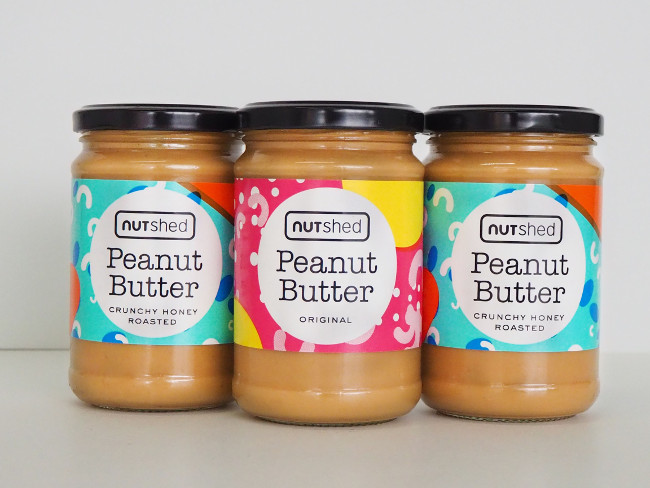 The idea for Nutshed was born from the sisters’ work at prominent music festivals like Electric Picnic. “We would take all these vegetables that were grown at the Cloughjordan Eco Village community farm and we would make a season-dependent street food menu for the festival. At any one time we would have had 15 to 20 people all cooking, selling and serving food to hungry festivalgoers.”

It was fun but grueling work and while the team were so busy serving food they didn’t have much time to eat themselves, and to keep spirits up and tempers from fraying, the staff would munch on snacks made from nuts and dates baked by Evie.

“Evie is a really good baker and had been baking since she was a kid. She learnt early on that if she made a tray of brownies my dad would buy them off her and sell them in the shop. That’s how she got her pocket money. When we weren’t doing festivals, travelling or at college, Evie would experiment with nuts and dates from our parents’ shop and would create these healthy treats that would become a kind of power supply that would keep us going when we were cooking at festivals.”

And so, an idea for a product was born. “Our parents have a stall at the Milk Market in Limerick, one of the oldest marketplaces in the country, and Evie decided to set up a stall for a few hours on a Saturday and sell the same treats she was making for the festival team and then it suddenly started taking off on social media. She would start experimenting with various ingredients we could get our hands on, like beetroots from the Eco Village that she would turn into beetroot brownies. We still sell them today.” 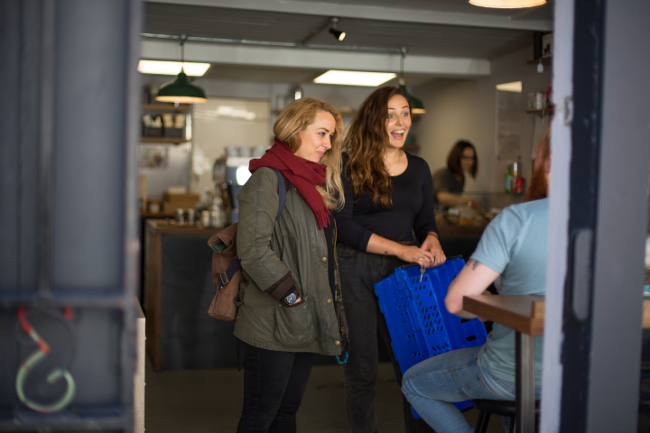 The sisters had customers before they had a brand and Sprout, which was opening up its first concept salad bar on Dawson Street in Dublin, was eager to stock their treats.

They decided to create a brand that stood out on the shelves in healthfood and salad bars, using bright vibrant colours rather than the usual earthy tones, and that was how the Nutshed brand was born. The brand was formally launched at Bloom two years ago.

Since then Nutshed has developed five key product lines from peanut butters to rawballs and squares that are stocked in cafes, salad bars and food halls up and down the country.

The business bakes and manufactures its products in Nenagh. “When we started off Evie would use the kitchen in my parents’ business and would be literally baking overnight to bring them to the Milk Market at seven in the morning. That bought us a little bit of time to go to the Local Enterprise Office with a business plan and a proposal to build a production unit in a converted warehouse. Once Sprout opened up, we would start targeting potential customers on the route to Dublin while we were delivering products and now we are in shops like Avoca and Fallon & Byrne and various independent shops around Dublin as well as online.” 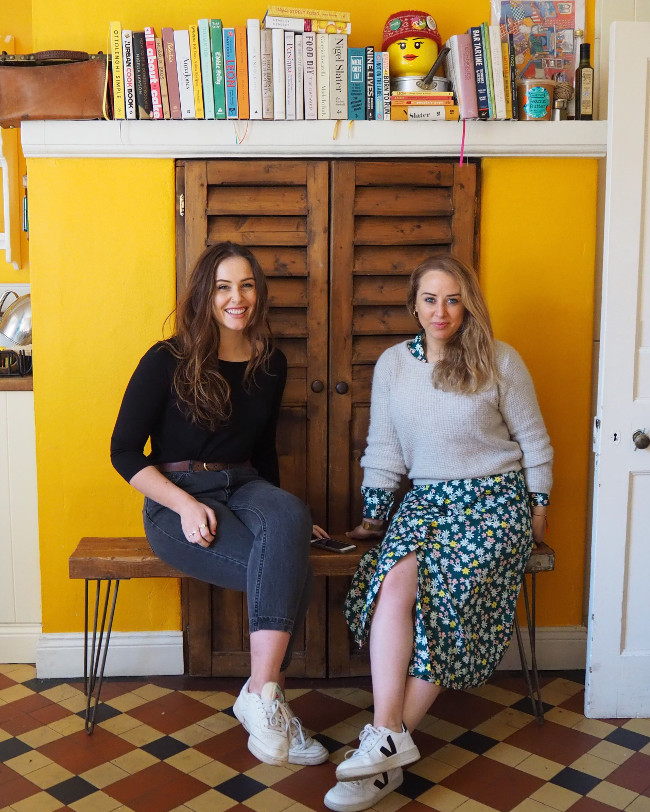 Sisters and founders of Nutshed Evie and Eliza Ward

The Nutshed business has grown to employ a number of full-time staff and now the emphasis on maintaining that growth.

“We’ve become very efficient at streamlining production, which we probably owe to our days working at festivals, but we had to learn a lot about pricing, managing cashflow, allocating money to marketing, understanding digital marketing and crucially selling online. We had to learn a lot about SEO and Google Analytics because your website has to tell your story and be a place where your customers can learn about you. We had to learn, and we are still learning, all about sales, marketing, finance, HR, food production, manufacturing operations and more.”

For any siblings, going into business together can be a real test for the relationship but Eliza feels that she and Evie have weathered many storms with aplomb. “We’re always together and there is no doubt it is probably one of the hardest relationships either of us will ever have to manage. The one thing we do share is the way we work and our goals and belief in the potential of the business. Thankfully we’re on the same page, most of the time.

“What we’ve learnt about going into business is to be constantly responding to changing environments and be open to learning. At the end of the day I’m just loving the possibilities of what our business could do and every day or week there’s a new challenge.

“But crucially I think we’ve set a foundation for something important and, like our parents when they set up their business, we have taken a risk that we hope will pay off into the future.”

An Post delivers €2m worth of supports to Irish SMEs