Why are Northern Ireland businesses claiming less than their fair share of UK grant funding?

Businesses in Northern Ireland haven’t been claiming their fair share of government grant funding — settling for 77.5% less than some parts of the UK, a study by innovation funding specialist Catax.

Businesses across the UK have enjoyed £12.3bn of grant awards from government innovation agency, Innovate UK, since 2003.

However, in that time, Northern Ireland has received less grant cash than any other region except the North West of England, when adjusted for business population.

The North should remember

The largest grant in Northern Ireland over the last five years was the £7m offered to Belfast-based aerospace company Short Brothers Plc. 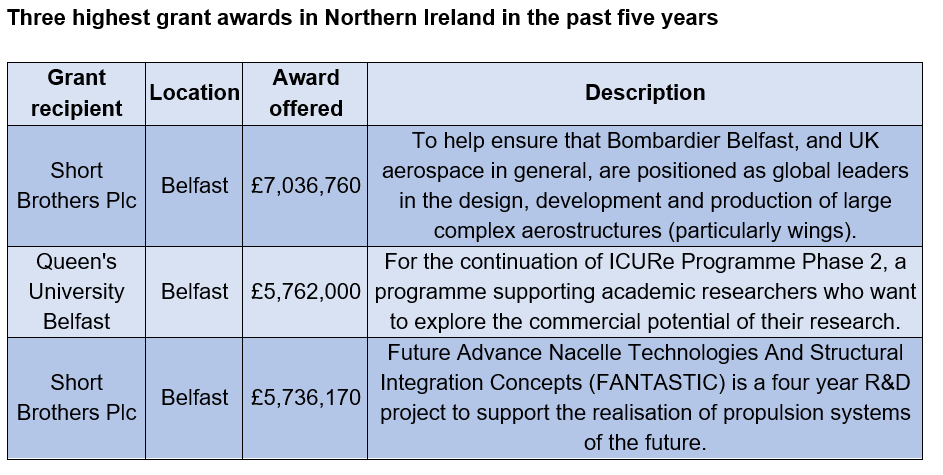 The national disparity has improved only slightly in the past five years and is still cause for concern. The North East was still the biggest recipient (£2,586 per business) between 2017 and 2022, while the North West continued to benefit the least (£473 per business). 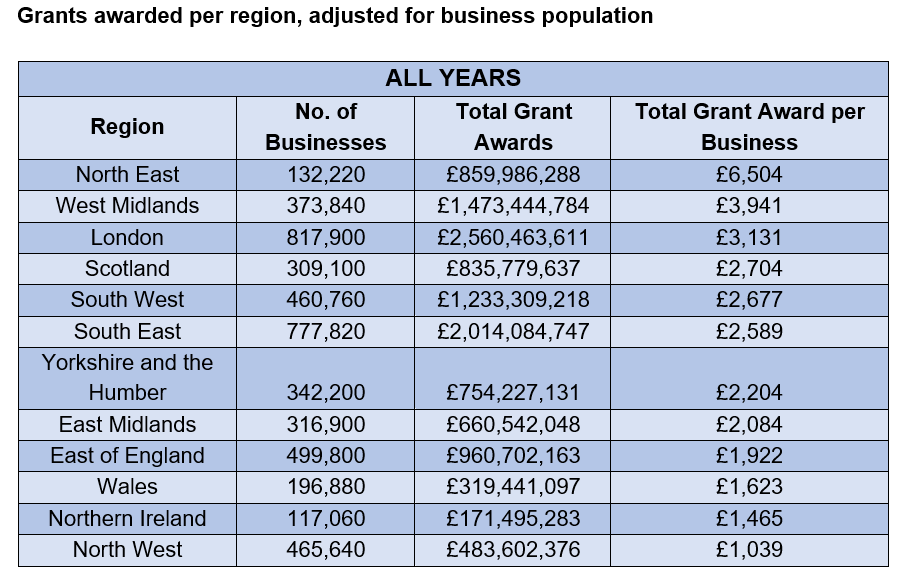 Northern Ireland has remained the second lowest recipient at £737 per business, while the North East remains the highest at £2,586. However, the gap has narrowed, with Northern Ireland receiving 71.5% less per company compared to the top performing region. Grant funding nationally equalled £1,093 per business over the past five years.

The results of the study serve as a wake-up call to businesses across the UK to ensure they are taking advantage of funding opportunities on offer, as a lack of awareness continues to hold back applications. 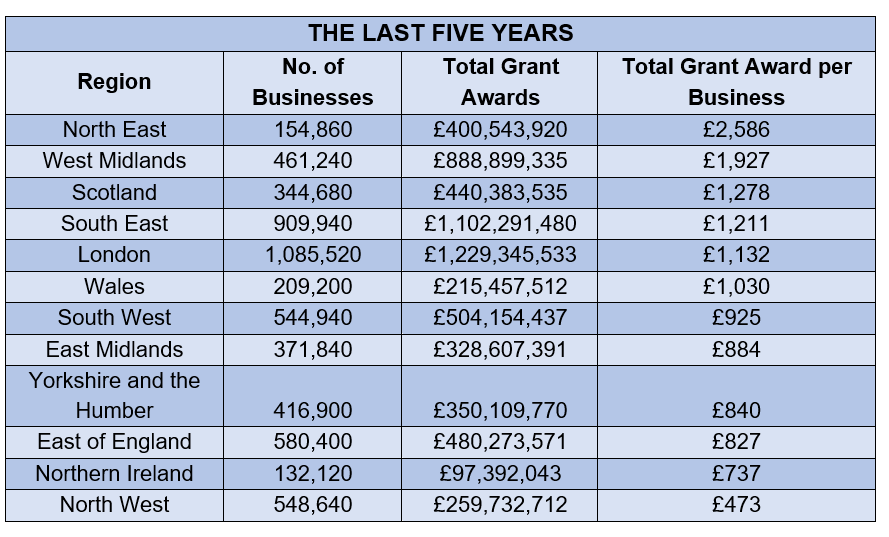 “The level of grant funding being received around the UK varies greatly and unfortunately Northern Ireland is near the bottom of the pile,” said Karen Taylor, Group Head of Grants at innovation funding specialist Catax.

“Grants can be a crucial source of funding for businesses, giving many the boost they need to invest in new research and innovation. It might be that there is still a prevailing lack of awareness of these grants and their benefits in Northern Ireland, and this needs to be addressed.

“These findings should serve as a call to action for Northern Irish businesses to take a look at what grants are on offer which could help them get their projects off the ground.”

Firms that trade cross-border twice as likely to grow Interim CEO of Invest NI Mel Chittock says the agency will continue to land investments for the region.