Makes Cents was started by Eva Barnett, Leah Keogh and Louisa Woods while in second year of school, after entering a competetion to win an iPhone 8 each. It’s gone on to become a massive success.

What is Makes Cents?

Makes Cents is Ireland’s first prepaid card for children aged between eight and 18. It allows parents to monitor their children’s expenses through the Makes Cents Parent’s App, whilst also encouraging and teaching their children to manage their own money. It can be used like any prepaid or debit card. The prepaid value loaded to the card can be used online, in stores and on any product/service made for under 18s.

How was the company started and what was the inspiration behind the decision?

We started working on the Makes Cents idea in October of second year (2017) in school. Our business teacher told us about a competition for students and entrepreneurs in the area where you could win an iPhone 8. They were looking for innovative ideas that would complement their product range, and we were looking to create a new product that we could use ourselves and would benefit others our age. We found that students in our year were becoming increasingly frustrated with having to use their parent’s credit/debit cards when shopping online and decided that the best solution to this problem was to allow young people to have cards of their own, but cards that are still controlled/supervised by parents.

What problem you are trying to solve?

It is impossible to deny the fact that the global market is becoming increasingly cashless and more and more transactions are being made online. People just don’t have cash on them anymore and we didn’t want young people to be left behind. We felt that children needed to learn the vital skills of managing their own money, conducting terminal transactions, shopping online and using an ATM.

What is your core product and service about and how does it work?

When creating a product for children in Ireland, we had lots to consider as we had to make sure all the features of our card were suitable for younger children. We had to ensure that parents felt their children’s money was safe and could be trusted on a Makes Cents card. In order to do this, we decided that it was extremely important to give parents full visibility of their child’s transaction history in real time through the Makes Cents Parent’s App. 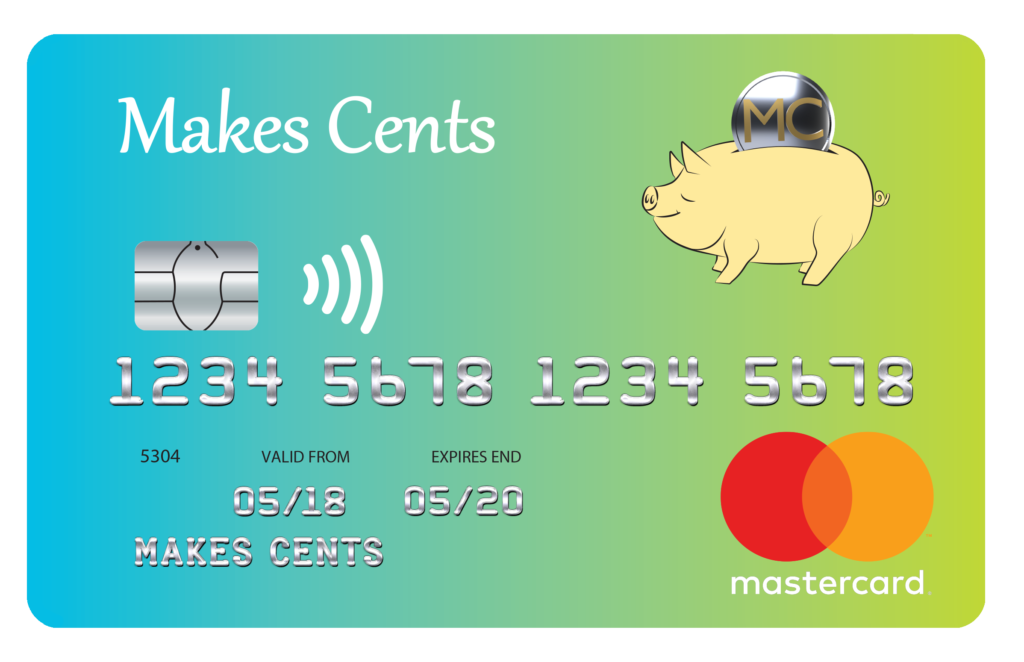 Money is loaded to the child’s card by the parent through the Parent’s App, and parents can also turn on and off ATM settings and products, and services for those over the age of 18 are blocked from the card automatically. We also knew that many of these children had never had a prepaid card before so one of our biggest priorities was to make sure they became financially savvy with their money and were educated about how to be money smart. We thought it was very important to allow children to be able to view their own transaction history and also for them to be able to view how much was left in the child’s account and how much it had been topped up that month, so we therefore created the Makes Cent’s Teens App to allow them to do this.

What was the biggest challenge starting a business while still in school?

One of our biggest challenges was time management and trying to juggle the business with schoolwork. Being in second year when we started, we had lots of time to put in the work needed to create our product but entering third year things became very busy when trying to divide our time between our schoolwork and study, the launching of Makes Cents and dealing with the daily challenges of life.

Being so young, is it challenging when dealing with experienced businesspeople?

It can be difficult dealing with experienced businesspeople as it’s so new to us. As we are three sixteen-year-old girls, we can look out of place at corporate events or meetings, however we know we have achieved a lot and have earned our position at any events we attend which makes it easier. Also, we have been very lucky to not have experienced any discrimination while running the business and developing our product.

A question for the three of you, is this something you plan to continue working on for years to come or do you intend to go down a different career avenue?

Leah; Yes, Makes Cents is something I hope to continue for years to come. The goal is to make Makes Cents profitable enough to become my full-time career after I finish my education.

Eva; For me personally, I would love to grow our business and eventually go worldwide. Although I intend on going to college and studying teaching, Makes Cents is something I hope to always be a part of and develop.

Luisa; I feel that developing the Makes Cents product has given me a real insight into the business world and possibly a career after school. I would love to grow the business further and I hope to always be a part of the process. This experience has made me become even more interested in a career in finance or accounting, however I am still not sure what I want to study after school.

What are the biggest mistakes or lessons you have learned so far?

We have learned so much from our clients who are using the Makes Cents card regularly. They have come to us with requests for additional features that we didn’t originally think of ourselves. This has given us so much food for thought and we are excited to expand our offering to deliver these features as soon as we can. We are extremely grateful that so many people are using our card and can see additional value in it.

What advice would you give to fellow students who want to set up a business?

We suppose the best advice we could possibly give to anyone with a passion for business, or anything that they feel strongly about, would be to take every opportunity as it comes as you never know what might happen. We were just three girls in second year in a business class that saw a competition to win an iPhone 8 and look how far we’ve come.

What are your hopes for Makes Cents looking deep into the future?

I hope Makes Cents becomes the most recognised card brand for young people in Ireland but across Europe and eventually across the globe. I aspire for Makes Cents to continue to grow and that every young person between eight and 18 will have their own Makes Cents card.

Are businesses ready for the social commerce revolution?