Irish Government reveals supports for remote working across the country, including free access to hubs.

The Irish Government has revealed a new voucher scheme that will give remote workers free access to local digital hubs.

It is also announcing an investment of €5m to improve 81 remote working facilities nationwide.

“This scheme is designed to add remote working capacity at hubs and Broadband Connection Points across the country, to make more space for remote workers and to improve the quality of the facilities and their services”

The initiative will also provide at least 10,000 hot desk facilities free of charge to existing hub users as well as those availing of these facilities for the first time.

The scheme will initially provide at least three days of hub use per person between now and the end of August, according to RTÉ.

There are now 242 remote working hubs operational across Ireland.

Workers can book an office or desk in their local hub through a ‘Connected Hubs’ app.

The average cost of using the hubs is typically  between €15 and €20 per day.

“This scheme is designed to add remote working capacity at hubs and Broadband Connection Points across the country, to make more space for remote workers and to improve the quality of the facilities and their services,” said Minister for Rural and Community Development Heather Humphreys, TD.

The Government is also announcing the provision of €50,000 in funding to each local authority under the Town and Village Renewal Scheme.

The money will be used to fund marketing campaigns and promote local remote working opportunities.

Microsoft’s Airband Initiative aims to close the digital divide and bring high-speed internet connectivity to rural communities around the world.

The government has partnered with Microsoft to trial this technology in Ireland.

After pilot programmes in Cavan and Carlow, the project will now be trialed in rural communities in Donegal, Waterford, and Tipperary, which are experiencing particularly challenging or persistent connectivity issues.

Specific locations for these trials will be confirmed once feasibility studies have been completed.

The Carlow pilot resulted in the provision of free high-speed broadband to the homes of second-level students attending Delivering Equality of Opportunity schools (DEIS) for the duration of their senior cycle.

This has enabled students to download school work making studying easier. Carlow County Libraries have provided educational supports to the children and their parents. The participants have reported that they use the newly installed connection every day.

The pilot in Cavan, established an internet connection for Ballyhaise Agricultural College and a number of surrounding homes and businesses, proving the technology can work in difficult terrain such as the Drumlins in Cavan.

These pilot programmes are helping to meet a key objective of Our Rural Future, the government’s rural development policy, which focuses on optimising the opportunities from high-speed broadband for rural communities and businesses.

This is one of a number of projects that seek to explore the ways technology can be used to improve connectivity in rural towns and villages and sits alongside other programmes such as the Digital Innovation Programme, Broadband Connection Points and Shared Infrastructure initiatives.

Minister Humphreys also launched a public consultation on the development of a new strategy for the public library service.

The main objective of this consultation is to seek the views of the public and understand attitudes towards the library service.

It will also seek feedback on how services can be improved in terms of access, use and visibility of the public library. Rebooting of community enterprise centres and hubs to be the work spaces of the future for start-ups, SMEs and FDI investors. 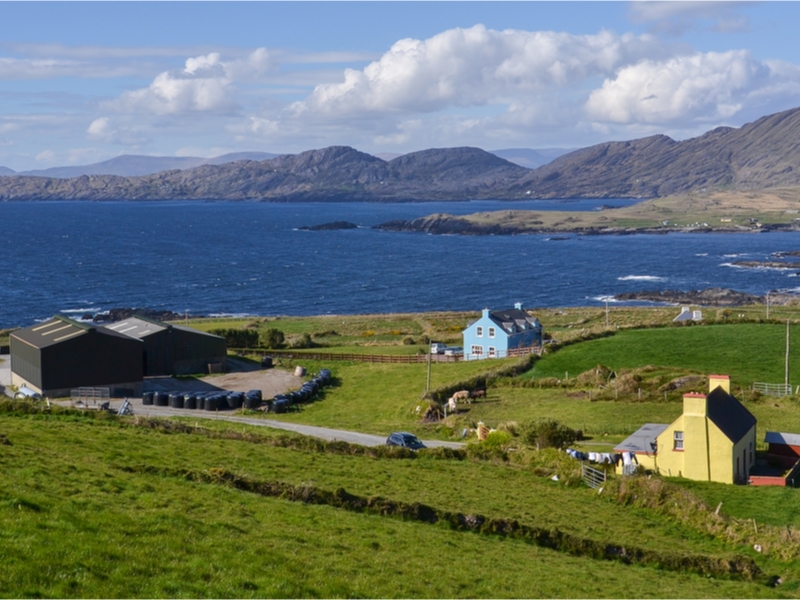 Digital co-working hubs have sprung up across Ireland’s western seaboard. However, hampered by skills and funding challenges, how sustainable are these hubs?