Bank of Ireland’s head of Foreign Direct Investment Kevin Elliott praises Team Ireland for how it responded during the pandemic and says despite the global economic storm clouds, Ireland’s best days lie ahead.

If there was ever to be a book written about Ireland’s economic transition from the 1950s to the 21st century, every chapter would mention the country’s prowess at winning foreign direct investment, much of it stemming back to fortuitous yet vital educational and economic reforms spearheaded by Sean Lemass and TK Whitaker.

“Throughout the pandemic Ireland maintained its position as a leading location in Europe for mobile, foreign direct investment”

Foreign direct investment is the cornerstone of Irish economic performance and at the end of 2021 more than 275,000 people were directly employed in the multinational sector – the highest FDI employment level ever. In 2021 alone more than 29,000 new jobs were created, up 17,000 year-on-year, and in the face of a global pandemic and a increasingly uncertain geopolitical environment. More than half of all investments went to regional locations.

At the coal face of Bank of Ireland’s support of multinational investment is head of Foreign Direct Investment Kevin Elliott, who is now a year into the role. We spoke to Elliott when he took on the role last year in the middle of a global lockdown.

Elliott notes that while the pandemic lockdowns have lifted in many places worldwide, the environment in which global organisations trade in 2022 is just as tricky thanks to the war in Ukraine and stormy economic headwinds.

“Throughout the pandemic Ireland maintained its position as a leading location in Europe for mobile, foreign direct investment.”

“Ireland’s inward investment agency IDA Ireland has had some of its best years in the last couple of years in terms of the new investment and job creation, which almost beggars belief when you think that most of this investment was secured during a time when you could barely fly into the country.

“Genuinely it has been an incredible performance by Team Ireland. At Bank of Ireland we are lucky to play a small role in supporting that and being part of Team Ireland. Mostly it is down to IDA Ireland consistently supporting Ireland’s interests for decades. Even during the darkest hours of the pandemic IDA Ireland stayed out there in the markets across Europe, Asia and North America and stayed in touch with new and potential as well as existing investors to drive home the message that Ireland is open for business. At times during the pandemic things looked pretty bleak, but Team Ireland had people on their phones, on Zoom meetings and more, connecting with international investors and putting forward the merits of Ireland as an international location.

“And what they achieved has been remarkable in terms of companies coming into the country to establish businesses, hiring staff, setting up new bank accounts, developing legal relationships, all the things you need to do to be successful in a country.”

Based primarily in California, Elliott says that what stood to Ireland has been its openness to new emerging sectors, particularly opportunities in life sciences and medical devices, engineering and the green economy.

“Particularly during Covid-19, life sciences became even more important and seeing major investments like those by Meissner, Pfizer and Johnson & Johnson, to name a few, saw Ireland in the vanguard of the global response to the pandemic.”

Crucial to this, says Elliott, is the community of specialist engineering and construction businesses that have developed and grown up in Ireland around the opportunity for big ticket items like chip foundries, data centres and large, complex pharmaceutical campuses.

“When you look at some of the key investments from some of the biggest names in tech like Apple or Intel, what is amazing is their doubling down on investment in Ireland, especially throughout the pandemic, which has been gratifying to see.”

Ultimately, says Elliott, it boils down to people and talent. “It comes from the Irish education system, the Irish way of life and the Irish way of thinking. But they are also tapping into a large international pool of people who live and work in Ireland and who are happy to move to Ireland.”

He notes that Ireland’s position as the only English-speaking economy remaining in the European Union following Brexit has made the country a magnet of opportunity for young people from all over the world who want to work in tech or life sciences, learn or improve their English and live openly and freely.

“There’s this network effect that happens for Team Ireland that we benefit massively from, not just in terms of their employment or taxes these international workers pay, but the warm impression it leaves on their families and friends. It has been a huge win for Ireland to be able to tap into that mobile workforce across Europe and the world.”

The core of what Elliott and his team do is around welcoming businesses into Ireland and setting them and their staff up with bank accounts and other relevant services.

Whatever storm clouds may lie ahead economically or geopolitically, Elliott points out that Ireland’s position as an open economy at the edge of Europe, but centre when it comes to economic activity in the northern hemisphere, cannot be underestimated.

While talent may top the pecking order of FDI investors, Elliott points out that the support of a stable banking partner  is a key requirement. “The legal environment here is conducive to international companies and a stable banking system also forms a part of that picture.

“International companies need a solid banking system, they need solid banking partners that are going to be there for them, to pay their staff, deal with payments from customers and help ensure the smooth running of their businesses.”

The pandemic caused the bank to shift to virtual communications instead of physical on-site visits to accommodate the needs of new FDI investors to Ireland and Elliott says the model has worked. “We are expecting and hoping for an uptick in in-person visits in the second half of the year. We are still seeing a strong flow of international companies coming in and we’re still serving their needs remotely, but we’re looking forward to doing that a bit more in-person in the weeks and months ahead.”

Speaking of the months ahead, Elliott believes the global economy may have moved beyond the pandemic but it is not out of the woods yet.

“There are clear warning signs for the next six to 12 months for the global economy that cannot be ignored. But if we are negatively impacted in the short term once things turn positive again Ireland will be well-positioned to capitalise as a location of choice in Europe for mobile investment, particularly in terms of tech, life sciences and financial services, which will continue to drive job growth in Ireland for the years ahead,” Elliott concluded.

“I’m very bullish about Ireland’s prospects in the long-term.” 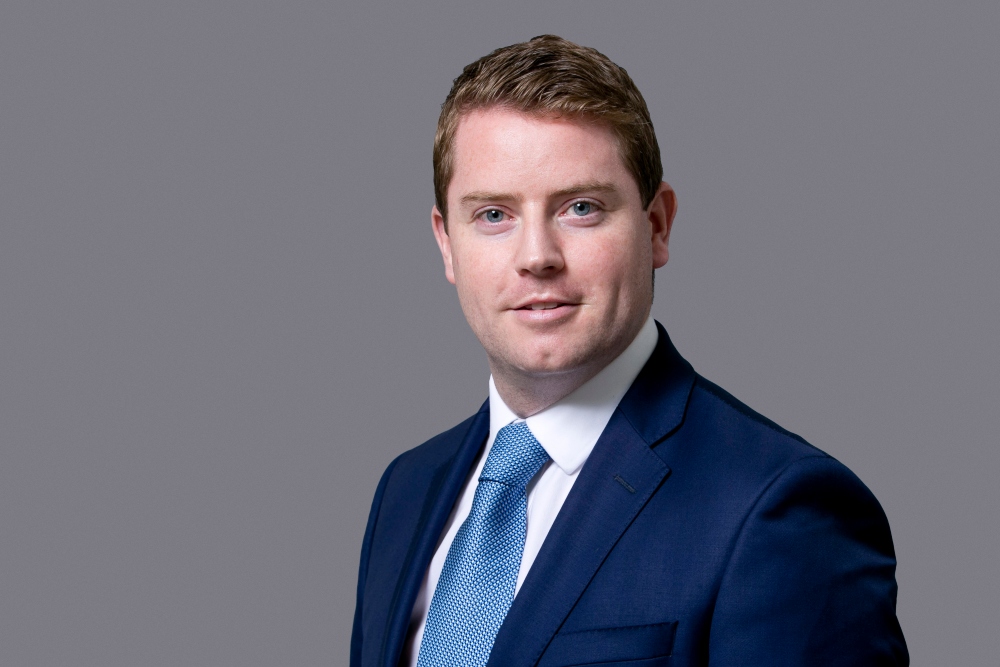 Despite the challenges of the pandemic Ireland was able to deliver an outstanding performance when it came to winning foreign direct investment (FDI) and Bank of Ireland was there every step of the way, says the bank’s new head of FDI Kevin Elliott. Ireland’s FDI base remains resilient and is bouncing back