Growing up in the Kildare countryside meant that Emma-Jane Leeson and her siblings spent most of their childhood exploring the outdoors and natural environment around them.

Each night Emma-Jane Leeson’s father would tell “a story about Johnny Magory” – usually derived from the adventures herself and her siblings had gotten up to that day.

“When I left Kerry Group after years in the corporate world, I left under the premise that I wasn’t going to be an ‘author’. I was doing this to set up a business and grow a brand. So, there was always a bigger vision behind it.”

Many years later, she began jotting down her father’s stories.

Emma-Jane left her full-time job to pursue Johnny Magory as a business and the book series is now becoming a brand for all things children, outdoors and exploring Irish heritage and culture.

Once upon a time in Kildare …

“If we were bold it would be ‘Will I begin it? That’s all that’s in it.’ But on more occasions he’d just go and weave in these brilliant stories that we all 100pc believed to be true. He brought animals and the outdoors into it. And so, when I had my daughter a couple of years later I wrote down some of them for her. I left them in a box for 12 years and I was coming up to my 30th and my mum said ‘would you not do something?’ And so I self-published, and that’s how it started.”

After getting the first book published Emma-Jane had caught the publishing book and was swiftly onto her second. “The first book was intended for friends and family but after that I just kept rolling with it.”

The books are infused with nature and I asked her if there was an underlying message around the environment and conservationism. “I really wanted to give children an invitation or some sort of inspiration to go outside and explore this natural world.”

In creating the Johnny Magory book series, Leeson was effectively creating a fully-fledged business with art and virtual courses, toys and more, all focused on inspiring parents and children to connect with nature as well as educate children globally on Irish heritage, wildlife and culture.

“I’m totally self-published, which means paying for a professional editor and illustrations as well as the printing and the marketing. When I left Kerry Group after years in the corporate world, I left under the premise that I wasn’t going to be an ‘author’. I was doing this to set up a business and grow a brand. So, there was always a bigger vision behind it. My bigger goal is an animation series and a global business, it’s not just a book.” 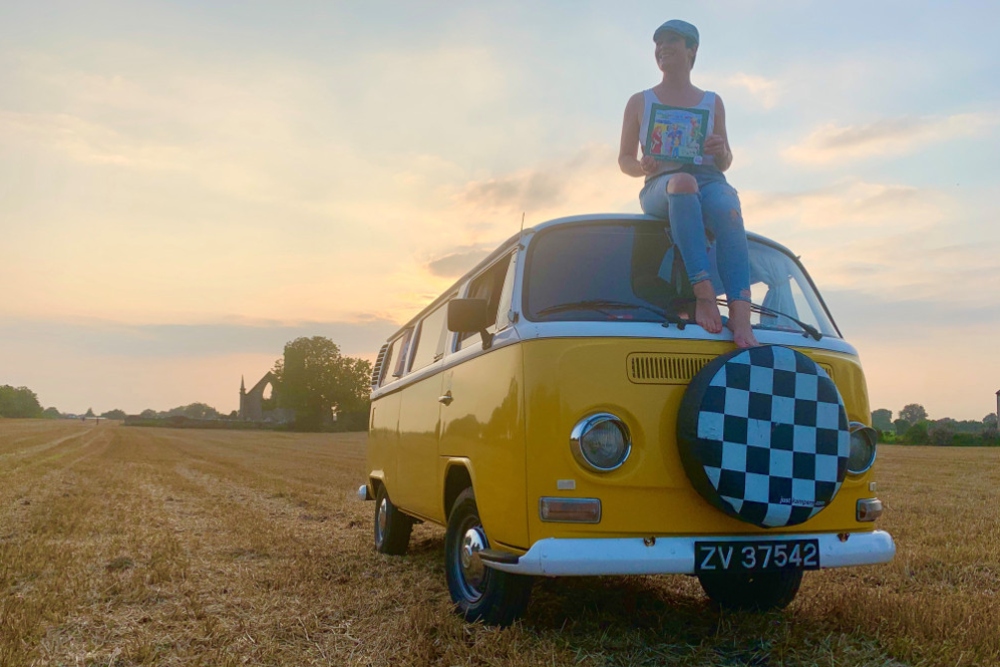 When setting up Johnny Magory as a business, Leeson’s first port of call was her Local Enterprise Office in Kildare.

Her first challenge was making it clear that it wasn’t just about publishing a book that it was a whole enterprise with a series of books at the heart of it. She then looked at every available support available for entrepreneurs. “I just put my hand up for everything from IBYE to New Frontiers and Enterprise Ireland, DCU Female High Fliers Academy, ACORNS. I learned that you just had to not be afraid to hammer on doors and ask.”

She also needed to network and so joined Network Ireland, realising there was a huge amount of knowledge and shared wisdom to be gleaned from fellow women entrepreneurs.”

With her books now sold across 70 stockists in Ireland Leeson is now looking to international markets, and especially tapping into the global Irish Diaspora. “We’ve signed with O’Brien Press for sales representation and Gill Books for distribution across Ireland and the US.”

Last year she went on a trade mission to Boston with Kildare Chamber of Commerce and is intent on getting Johnny Magory to strong Irish Diaspora markets like the US, Canada and Australia.

“With the animation series, we’ve received our first round of development funding from Screen Ireland to turn Johnny Magory into the Irish Dora the Explorer basically. We’re starting to work with Elk Studio on that and that could be a huge thing.”

It’s time to care for the family carers