Jo, tell me about your background prior to becoming the president of DWIB.

Jo: I’ll give you the short version. I am originally for Meath and I ended up in Donegal in 1987 to go to the tourism college in Killybegs. I trained there as a chef and worked in a few places locally, and then in 2001, we took over the harbour restaurant, before going on to buy our own premises in Quay West in 2016. I joined the Donegal Women in Business network about two years ago and the mentoring and support I received was phenomenal. Having that sort of network around me was so valuable.

Are there any special moments or achievements that stand out over the last 21 years?

Evelyn: When you look back 21 years to when DWIB started, it was just local enterprise at the time. There was government funding available to support female entrepreneurs setting up a business, but it wasn’t like what it is today. The real highlight for us is that in the last three years, the network has gone from 40 members to 200 plus members. Our members are from all over the world and people seem to really like what we have to offer. We were also been invited to the Dail and sold out two conferences in the last couple of years, so we’re definitely punching above our weight. 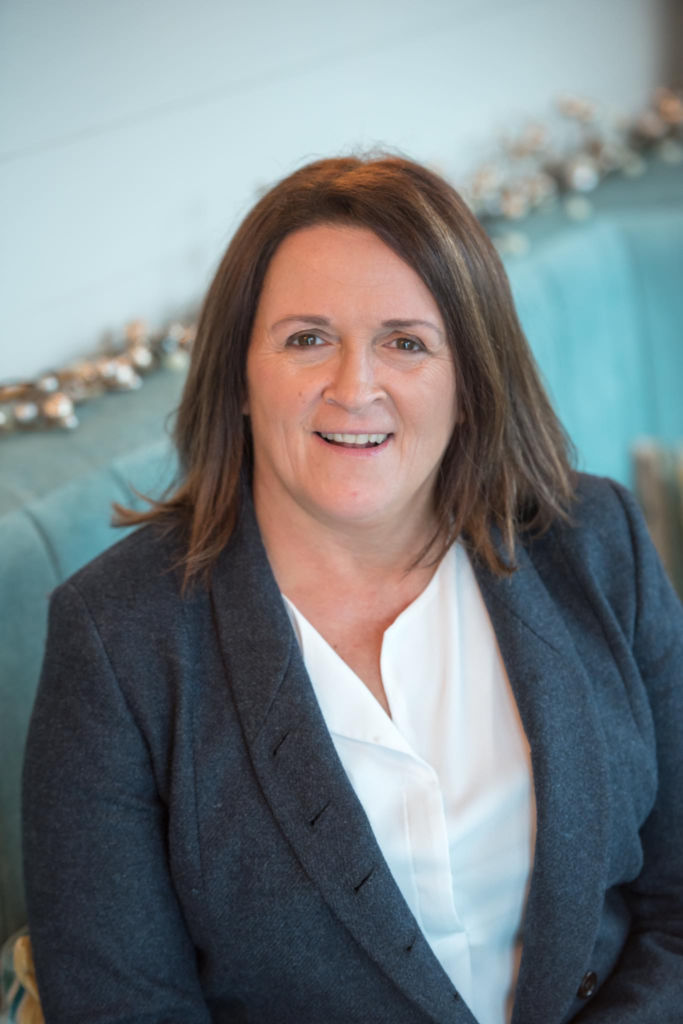 Is it difficult to encourage women to go into business?

Trish: Well, there’s still a shortfall obviously, and if you look at the reports, they will show that women are still below men when it comes to going into business. Women have to juggle everything.

Personally, I’m a carer for my mum, while also running an online business and doing other stuff. I’m not saying that men don’t do that, but it’s definitely something that hampers women more. But that’s where we come in to offer support and encourage those who are interested in going into business.

There is a need for a network like ours because all female entrepreneurs face the same issues from childcare, to work-life balance and much more.

“The real highlight for us is that in the last three years, the network has gone from 40 members to 200 plus members”

Jo, just coming back to you, what made you want to take up the role as president?

I was very flattered to be asked in the first place, and then I thought about what I had to offer the network as president. I have so much experience from starting a business and being able to share my learnings could be valuable to others. I’m only a month into the role and I’m still getting to grips with everything. 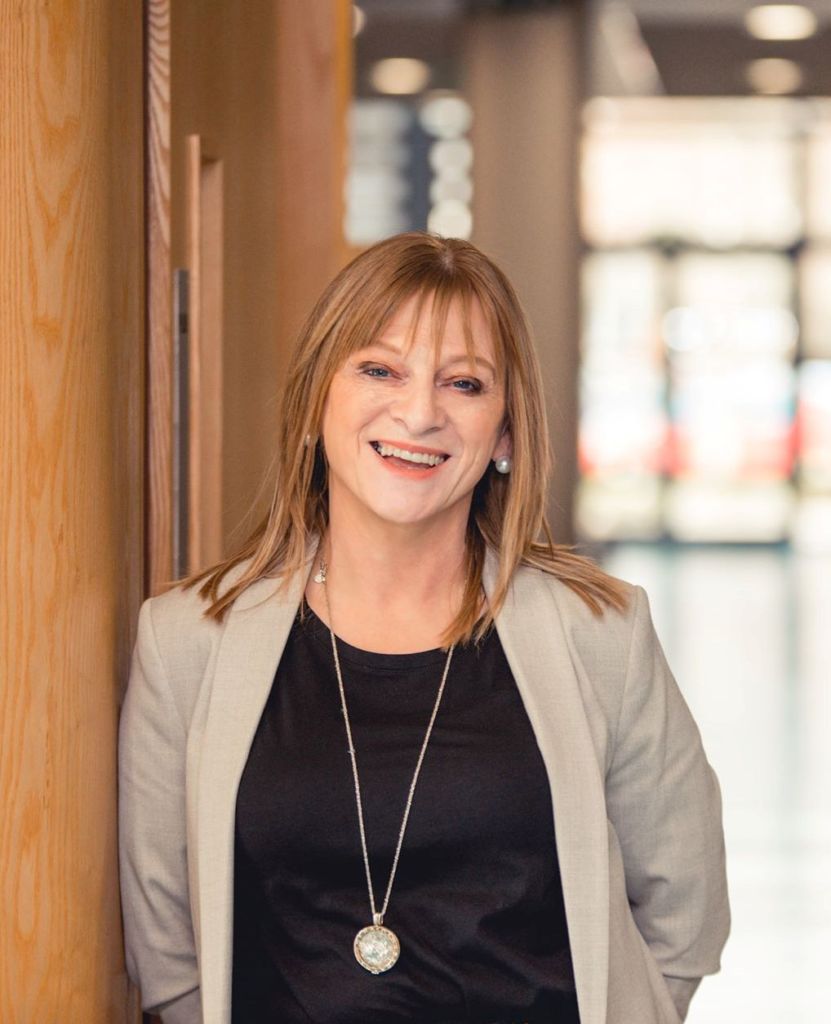 I know it’s still early days, but how do you plan to balance both your business and your role as president?

Jo: I won’t lie, it’s going to be challenging, but I’m used to challenges and you just have to get on with it. I find when I’m working on a number of projects, I am quite good at prioritising. If there’s something urgent, I will always find a way to make time. So this is just another thing that I will have to balance and I’m confident I can do it.

What’s the mood like among members at the moment?

Jo: Covid-19 has been very tough on all businesses across the country, but especially here in Donegal, because we as a country are heavily reliant on tourism. Even now, going forward, you have to try and stay positive and just focus on what we can do to drive the business community on.

Evelyn: I heard a really good example recently that Donegal always had to be turned on, because we wanted the tourists to come, we had to put our foot forward, and that stretched back 50 or 60 years. We always had to be resilient. We needed tourists to come here, we had to be friendly, and we had to do everything we could to encourage and support people. So nothing has changed insofar as we’re still trying to be as resilient now.

Jo, tell me about Chef Aid

Jo: My son came back from China in early January, and that put a spotlight on Covid-19 for us because he was due to go back. We were watching what was going on in China and tracking it. When it hit Ireland, it really scared the living daylights out of me because I knew the impact it would have on my community.

We planned for the worst and we closed our business on the 15th of March, and we started Chef Aid on the 16th of March. We literally pulled it all together in the space of three days, and started serving food on the Friday, and I think we started with 10 meals. At first, a lot of people were afraid to say they needed the support, but I knew we had a lot of vulnerable people in our community. I used to tell people that the government was paying for it, even though they weren’t, just so they would take the meals.

We ended up opening eight pods, and through a Go Fund Me page, we were able to ensure that the vulnerable members in our community were looked after and had a home visit every day. The home visit and the company was probably more important than the food itself. I was so proud to be part of that initiative.

In relation to the level three lockdown, has there been much panic as a result?

Jo: The new restrctions are obviously having a big impact on businesses all over. But businesses that adapted during the first lockdown are now ahead of the curve and know what they need to do. For others that didn’t adapt, we will offer as much support as possible to ensure their business is safe and they have all the right information. 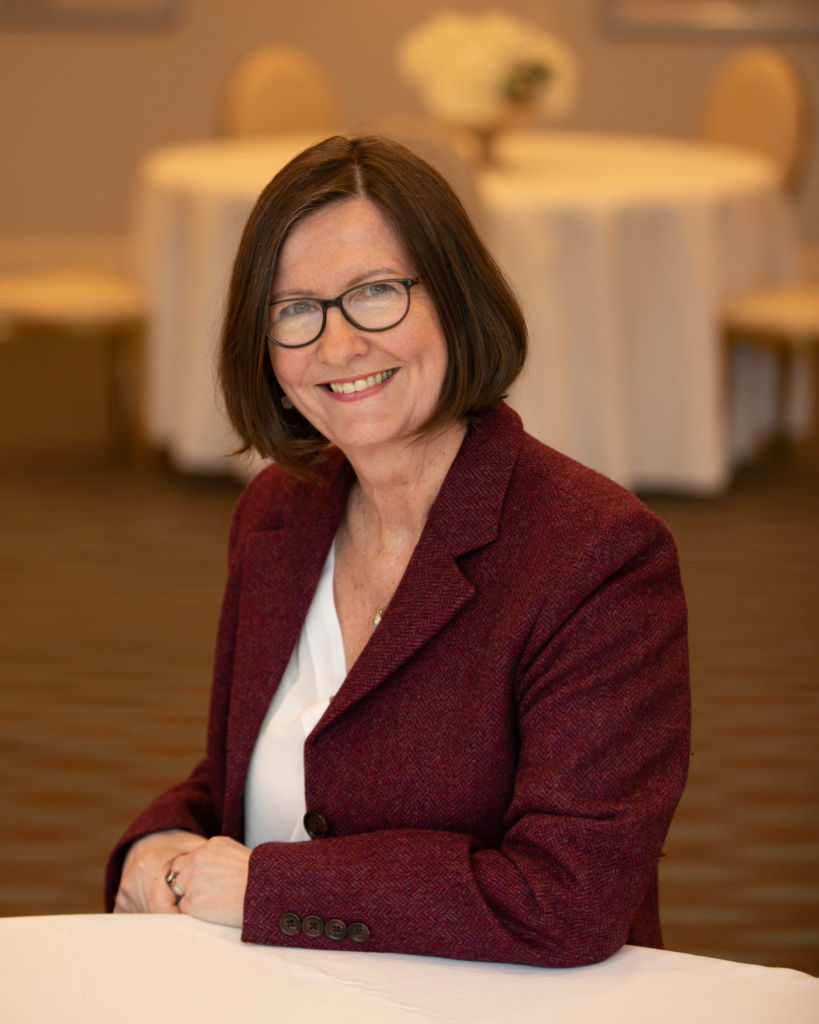 How have you found moving the network online?

Evelyn: It’s a huge challenge for all marketers. We started an initiative called ‘Let’s Meet for Coffee’ which took place virtually every Wednesday morning for 18 weeks during the lockdown. We had a lot of people from far and wide joining in and that was really good because people felt engaged and had something to look forward to. It also encouraged our members to learn new skills because not everyone uses technology, so getting people onto Zoom was a big step forward.

Tell us more about the people within the network

Evelyn: One of the things that we have found is that within our membership, we are from kitchen table to boardroom table. The majority of our members are women with maybe 10-12 employees or less. We feel that there is a huge gap in the supports available to these women. If you’re caustiously ambitious, but not looking for a massive export and scale in Ireland, it seems there are less supports available.

We are looking at the possibility of working with some sponsors in creating some type of programme that will support all members going forward. As far as we’re aware, we are the largest independent women in business network for any county in Ireland. We really want to affect change and be apart of something bigger.

What are your hopes for the future of the network?

Jo: I would love to think that in 20 years time, there was no need for this network and I would love to see more women going into business. I would be more than willing to support any woman that wants to start a business and I’d hold there hand every step of the way. We all have a lot of knowledge and experiece to share and that’s what the DWIB network is all about. Our aim is to get as many women into business as possible.

Trish: It’s also important to note that we wouldn’t be where we are now without the help of the Local Enterprise Office and our sponsors, including Pramerica, McElhinney’s, Magees and Bank of Ireland, which have been so supportive and key to our growth.

Joyst has a gamely approach to the future of music