Amidst the turbulence of the global economic downturn, there was a degree of positivity for Ireland’s future. August 2010 was a watershed moment in the country’s journey to reducing its carbon footprint and solidifying the course to a more sustainable nation thereafter.

The ESB had just commissioned the first charging station for ESB ecars – a public charging network for electric vehicles (EVs). This would become a landmark event in the Irish Government’s commitment to reducing greenhouse gas emissions in support of climate change mitigation goals.

“Notwithstanding the fact that the current number of charging stations simply will not support the projections outlined, there is still good reason for hope”

After more than a decade, the network has grown to a mere 1,100 ESB-managed public charging points across the island. Due to this seemingly small-scale nexus of public charging stations, and the ambitious targets of the government’s 2019 Climate Action Plan, it is no surprise that public confidence in EV infrastructure is waning.  The Climate Action Plan aims to achieve 950,000 EVs on Irish roads by 2030. With almost 2m vehicles currently navigating Irish thoroughfares, statistically, this would mean a leap to almost 50pc electrification across the entire country.

Albeit steady, the uptake of EVs has been relatively slow to date. This incremental shift is in part a reflection of attitudinal reservations towards accessibility to public charging points. Not exclusive to Ireland, perception change has been a factor in the electrification mission worldwide.

The UK recently highlighted its charging disparity and access difficulties as did the USA. However, lack of confidence in public charging infrastructure can be overcome if we understand the range of alternative variables also at play.

Does Ireland need a greater grid of public charging points in order to support the influx of EVs in the coming years? Undoubtedly.

However, what Ireland also needs is an attitudinal shift. One that looks at the bigger picture and acknowledges the progress made over the past 11 years. Instead of scrutinising the minutia of what isn’t working fast enough, we must pivot our attention to the instituted package of measures that can also effectively lead the charge to a more sustainable nation.

Notwithstanding the fact that the current number of charging stations simply will not support the projections outlined, there is still good reason for hope.

Plenty of road to travel

In 2020, the ESB announced that it would commit a further €20m – half of which will be financed by the government’s Climate Action Fund – to the upgrade and expansion of its ecars network.

Most recently, and in line with these additional measures, the Department of Transport issued an update to the Sustainable Energy Authority of Ireland (SEAI) Electric Vehicle Purchase Scheme by way of government funding adjustments. These new amendments will see the continued grant rate of €5000 for EVs, but a halving of the grant available for Plug-in Hybrid Electric Vehicles (PHEV) from €5000 to €2500. This development aims to provoke behavioural change among the population and incentivise drivers to choose EVs when purchasing a new vehicle before further reductions are implemented.

In the same vein as these funding adjustments from policymakers, more private businesses are doing their share by way of electrifying their fleet, adding to the rising numbers of EVs on the roads. In January, the taxi app Free Now announced that it will allocate €6m in grants to over 10,000 drivers who wish to install charging stations at home. They have also called on the government to provide further financial support to taxi drivers who want to purchase an EV.

Action taken by An Post led to the company becoming the first postal service provider in the world to attain zero carbon emission delivery status in a capital city. 30pc of An Post’s more than 3000 vehicles are already electric, with further commitments by the company to seek alternatives for its HGV fleet which accounts for 50pc of fleet-related carbon emissions.

EasyGo, an EV charger installation company, and telco Eir signed an agreement in December to replace 180 telephone booths with public charging points in a deal amounting to almost €10m. This plan will see the transformation of disused legacy infrastructure into more purposeful instruments, allowing for greater access to public charging.

As pressure continues to mount from policymakers, more commercial businesses are choosing to electrify their fleets and provide subsidies to their drivers for the installation of home charging points. Both government EV purchasing grants and ongoing reductions to the support available for alternative vehicles are swaying consumers in the market to buy electric.

Along with this, those who choose to switch are entitled to the Electric Vehicle Home Charger Grant. Home charging is not only the most convenient method of charging, but due to its lower energy consumption, it is also the most cost-effective.

A 2018 report by UCD Energy Institute denotes that the “bulk of EV charging is carried out at home” and workplace charging also significantly promotes EV uptake, making drivers up to 20 times more likely to buy an electric car.

Once the narrative shifts from reliance on public charging stations and the population realises the consistent advancements of charging infrastructure, generous supply of subsidies, and investment in commercial electrification in Ireland, the 2030 targets become all that more palatable. 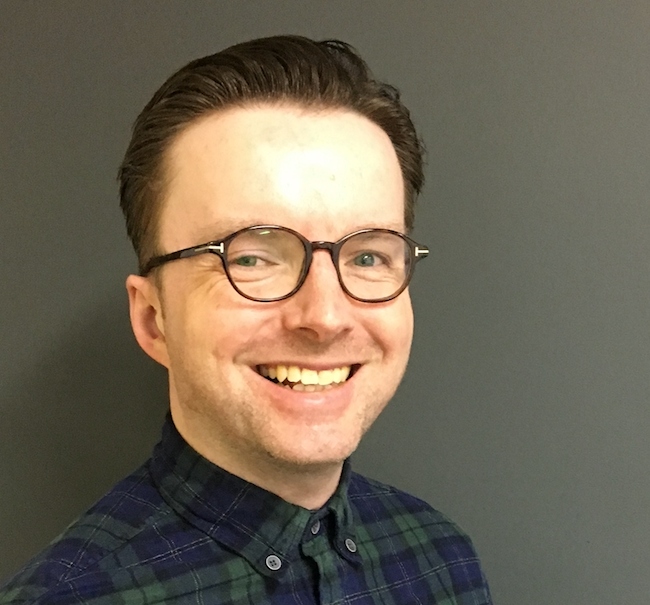 David Savage is Associate Vice President, UK & Ireland for Geotab, the world’s largest commercial telematics company. In this role, David leads the operational, commercial and organisational activities of the region. With more than 15 years’ experience within operations and transport management, David has a proven ability in helping businesses to scale sustainably. Prior to joining Geotab, he held the role of UK General Manager at FreeNow (formerly MyTaxi and Hailo), Europe’s leading e-hailing app.

Cavan’s Gem Oils looks to exports to drive its future