Gwen Layden talks about what being pro-business really means

Since the early 1980s Flextime CEO Ciaran Rowsome has been helping organisations across the world devise flexible ways of working through time management. The pandemic, he says, has been an opportunity.

As Rowsome puts it he pretty much established global Irish firm Flextime – which trades in the UK as Multitime – with his communion money, he’s been in business that long. He founded Flextime in 1983 which has evolved into a global business offering world-leading time management solutions for all types of working arrangements.

These include working from home, flexitime, part-time working, remote working, job-sharing and compressed hours. And now, as the world takes stock of reopening while living with a pandemic, hybrid working realities are to the fore.

“The bigger picture will be the hybrid working reality”

The company boasts 400 customers from small businesses to large organisations, all seeking a more effective and seamless way to manage time and attendance. Customers include The Oireachtas, Office of the Taoiseach, all HM Passports Offices across the UK, the Departments of the Environment, Defence, Agriculture, Health; Allianz, AXA, Aviva, The London Borough of Lewisham, Denbighshire Co. Council, Birmingham and Liverpool Universities amongst many others across the world.

When Rowsome began knocking on the doors of organsiations in the 1980s, ideas like flexitime were only in their infancy and the world of work back then could be charitably described as “post-Victorian.”

“The concept of flexitime was actually born in the 1960s in Germany because companies were having problems with traffic outside because everyone was arriving and leaving at the same time. It was around then that ideas like flexitime, time in lieu and work-life balance began to take hold, morphing into the flexible working day which is a very big component of nowadays, depending how liberal the organisation is.”

When lockdown began in March 2020, Rowsome knew that nothing would quite be the same again as legions of office workers, many opposed to the very notion of remote working, became reluctant converts by necessity. Many are now ardent champions because of practicality and what they gain back in terms of productivity and work-life-balance.

What no one saw coming was that remote working actually works well on a pretty large scale.

“Our first response was to survey our customer base and we started adding features and structures around the whole notion of working at home. The bigger picture will be the hybrid working reality.”

The hybrid working world or routine will take on many shapes. Some workers and employers will see it as being in the office on a number of days of the week, others will see it as bringing their whole self to work wherever they are or whenever they need to as long as the work gets done.

The reality today is many organisations have yet to signal even a date for a return to the office. Many companies have different takes on what hybrid will look like.

Many buildings for safety reasons will only be able to allow a less than 40pc occupancy rate at any one time. This means scheduling and booking desks will be critical.

And what do you do when you do return to the office? Will it be like it was and you’ll flip open your laptop and parse through email, or will you simply ignore the computer and focus on communicating with colleagues and customers and being creative?

Anticipating these debates Rowsome paid close attention to feedback from customers. “We used this feedback to put in place systems that allowed workers to ‘request’ to be in the office. It used to be about taking days off, now it’s about taking days ‘on’ in the office. Managers for safety reasons can’t just have people wandering into the office like they used to. People will have to request to come in. It’s a different transaction and mindset.

“For companies and organisations to thrive in this new world of working, planning around who needs to be in the office and who can work from home will have to be carefully managed.

“But who has control over this, the supervisor/manager or the employees themselves?

“My experiences in the 1980s and 1990s taught me that the answer will be somewhere in the middle,” said Rowsome. “Some companies will have a more informal or formal view on work than others. It is all going to be culturally-based and depends on your processes.” 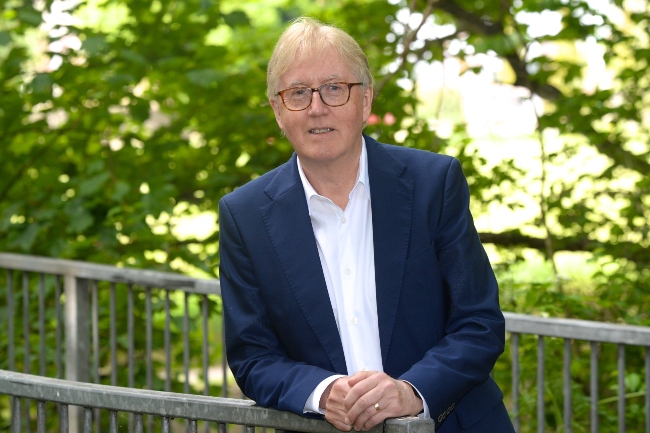 In a sense, the new ways of working will embody the spirit or esprit de corps of a company with its ways of working being just as significant an identifier as its end product or service. It won’t just what you do, but how you do it.

One of the ironies of the lockdown in 2020 and Rowsome’s own experiences with championing ideas like flexitime in the 1990s, was how resistant large tech companies were to remote working despite their solutions enabling it.

“We are finding that trade unions who use our system are the greatest proponents of flexibility, more so than many other organisations, which is fascinating.”

Crucially, Rowsome believes that companies trying to get to grips with the future of work and how hybrid or blended working will work for them need to ensure that their employees are leading the initiative and part of the conversation.

“It must be remembered that most companies have kept going because people were conscientious and did their work. They turned up for the Zoom calls when they had to turn up, they did what they had to do.”

He said that pre-Covid, many employees didn’t want to work from home. If they had a choice they would have kept going into the office. “Some peoples’ personalities were more suited to working from home than others who were happiest in the office. But now they have realised they can bring their kids to and from school and it became a kind of a learned experience.”

The balancing act for organisations will be between giving people choices about how they want to work and safety and enforcement of how they need people to work.

“It all boils down to conversations people are having with each other. It’s almost like déjà vu for me because it takes me back to the beginning of flexible working.

“But for flexible working to work you need negotiation and a system to manage it all. And that’s where we come in.

“In the last two years the world of work has had to grasp these concepts quickly. Now it is about putting a structure on it in such a way that it is a disciplined business and not a wild west show, but you are keeping staff safe and allowing them to work flexibly and do their best work.”