This is just the start of Gamma’s expansion into international markets.

This move serves as part of the company’s plan to grow its operations in new international markets following a successful entry into the UK market in 2020.

“The effects of climate change are being felt across the globe”

Gamma has analysed FloodFutures data from Ambiental Risk Analytics for Spain through its Perilfinde platform – which enables insurance companies and local authorities to assess location risk for properties including flooding, fire, subsidence and crime – to reveal provinces in Spain most at risk of flooding.

The aim for Spain

The analysis shows that Gipuzkoa has the highest risk rating per property. The other provinces at higher risk are Bizkaia, Cantabria, Asturias and Pontevedra. Finishing out the top 10 are A Coruña, Huelva, Tarragona, Girona and Cádiz.

However, in terms of the provinces with the highest expected annual loss from flood risk, based on properties at risk and the estimated average damages incurred from flooding (€270,000), the provinces along the Mediterranean coastline rank highest.

For the country as a whole, excluding the Canary Islands, the expected annual loss is estimated to be €178,478,423. Based on the total number of properties in each province and the average annual loss per property, Gipuzkia, Asturias and Bizkaia are the most impacted areas.

“The effects of climate change are being felt across the globe and whilst wildfire damage and drought tend to be more prevalent in Spain, flooding also occurs in winter months and is increasing due to climate change,” said Richard Cantwell, senior spatial data scientist at Gamma.

“In fact, in the second half of 2021 alone, there were several severe flood events in the likes of Navarra, Cantabria and La Rioja. Terrible floods have also wreaked havoc in recent months across Murcia, Tarragona and Madrid.

“Our aim in Spain, as well as Ireland and the UK, is to assess and visualise the impact of climate change using high-quality data at the individual property level. In turn, this helps local authorities, banks and insurance providers to make better informed decisions, to assess their exposure for climate-related disclosure reporting and to lower investment and underwriting risk. Even though our analysis shows that the predicted physical damage varies greatly across Spain’s climatic regions, the impacts will be felt across the entire country.”

Cyberattacks against Irish firms to rise in 2023 Alliance with a UK-based flood risk specialist will give Gamma an edge in the insurance business and the ability predict where floods will occur. 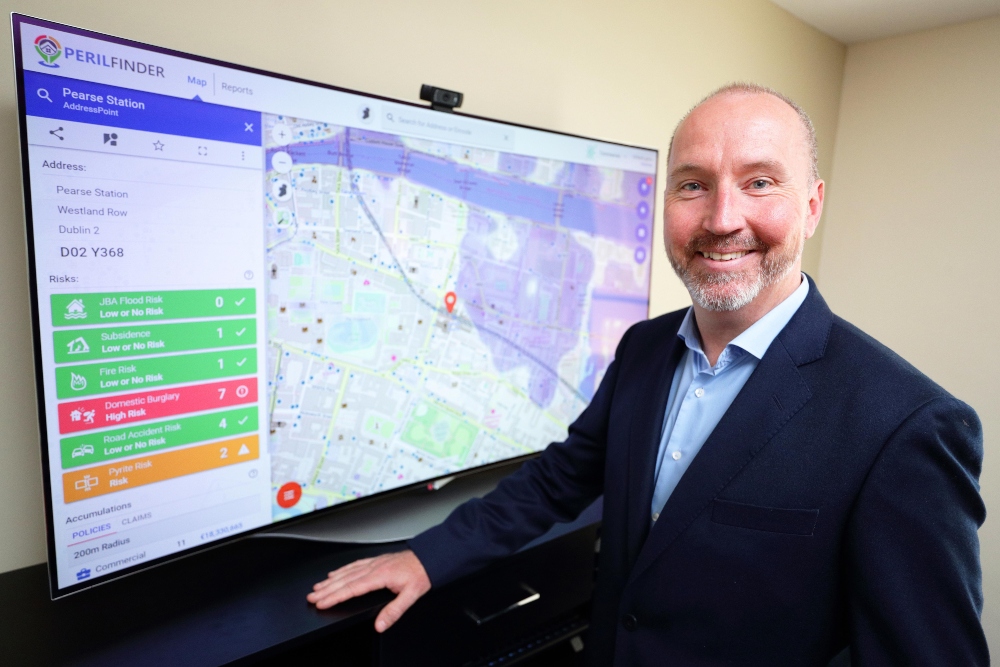 Gamma CEO Feargal O’Neill maps out his journey in business.