Niamh Costello from Galway Technology Centre tells John Kennedy about how the social enterprise has made a real difference and how the new AcademyWest will help scale the West’s innovation-led firms.

When PC-maker Digital Equipment Corporation left Galway in the early 1990s, Ireland’s industrial future looked bleak. In fact, it was only the beginning and the role played by Galway Technology Centre needs to be understood.

For a country that was on its knees economically, Digital Equipment Corporation’s decision to leave Galway with the loss of hundreds of jobs felt like a kind of coupe de grâce . In fact, little did anyone know that Ireland’s digital fortunes were about to change for the better and today Ireland is the digital capital of Europe and home to a myriad of players from Cisco and Apple to Google, Facebook and many more.

“This new centre will be primarily focused on scaling, innovation-driven technology companies who are looking at global growth. We are hoping to get companies to grow from 10 people to 40 or 50 people and up to €10m in revenue”

For Galway on Ireland’s west coast, the fight really had just begun, however. When Digital left the city, many former workers went on to be the kernel of Ireland’s indigenous medtech scene and a whole slew of businesses that went on to achieve global acclaim.

Few people realise, the impact, that the west of Ireland has had on the narrative of places like Silicon Valley. Menlo Park, California, where Facebook is headquartered, is the site of a farmstead established by two young men from Menlough in Galway in the 19th century.

“We are going since 1994. We have worked with over 300 companies and we have supported the creation of more than 3,000 jobs over the last 25 years”

Walking around Mervue Business Park I feel I encounter ghosts of my own past having visited businesses like Nortel (now Avaya) and Cisco on many occasions.

In 2020 every business is a digital business and it is interesting sometimes how the past loops with the future. As I walk in the door to meet Niamh Costello, general manager of Galway Technology Centre, I meet an executive from one of the centre’s residents Siren, the data intelligence company that recently raised $10m in funding. If Siren is an indicator of the calibre of companies to emerge from the west, the future is indeed bright.

Galway Technology Centre must rank as one of Irish tech’s best kept secrets. That may be about to change.

The centre recently secured $4m in funding from the Irish Government’s REDF (Regional Enterprise Development Fund) and is about to embark on a major expansion with the construction of the new AcademyWest facility to accelerate the scale-up of innovation enterprises in the west.

There are currently 41 tech companies that between them employ more than 340 people, locally and globally.

I asked Costello about the origins of Galway Technology Centre.

“Galway Technology Centre was set up by a Government task force after the closure of Digital Equipment Corporation here in Galway, and the loss of 750 jobs. And it obviously had a massive impact on the city at the time. One of the outputs of the task force was to capture some of the entrepreneurial talent that was in Digital, and to try and establish some new start-up companies.

“We opened in 1994, with seven companies, all of whom were headed up by ex-Digital employees. We’re a social enterprise. And so, anything that we do here the money is regenerated into the business to develop and build up the facilities. We are going since 1994. We have worked with over 300 companies and we have supported the creation of more than 3,000 jobs over the last 25 years.”

From start-ups to scale-ups with AcademyWest 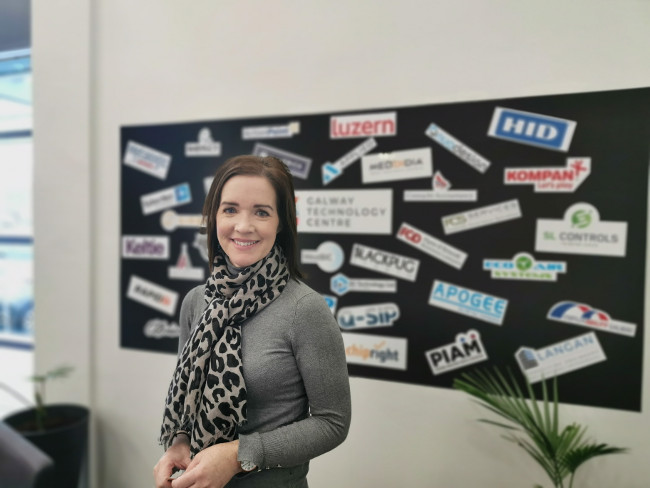 Costello said the mission of Galway Technology Centre is to expand its focus from start-ups to supporting scale-ups.

“Currently, we have 41 companies, mostly digital enterprises that are based in the centre. The 41 companies have 342 people working for them. And we also have a number of remote workers, virtual offices and clients that we support as well. When we started in 1994, we were there for start-up companies. But we’ve been very, very fortunate over the last number of years that the ecosystem in Galway has evolved. And we are now working very closely in collaboration with GMIT with NUIG, with Portershed. Many of our start-ups are going beyond four or five employees and are making revenues.

The lynch-pin of the plan to create businesses of scale will be the new AcademyWest at Galway Technology Centre.

It is envisaged that AcademyWest will generate more than 500 new jobs resulting in an annual €62m boost to the west of Ireland over the next five years. The new AcademyWest will incorporate a 2,122 squre metre extension and a range of supports for scaling up, innovation-driven enterprises.

“So, this new centre that we are developing will be primarily focused on scaling, innovation-driven technology companies who are looking at global growth.

“We are hoping to get companies to grow from 10 people to 40 or 50 people and up to €10m in revenue. So that’s the focus for our next stage of development.”

I lament that while Ireland is great at starting companies, getting these companies to scale is a challenge. Costello has an answer for this.

“We have found that by clustering these companies together, it has given them an opportunity to be based in a supported environment like this. Peer-to-peer networks are really, really important in that they can see examples and they can work with companies that are at the same stage or were at a similar stage.

“Then one of our key things is to work with the companies in terms of financing that growth and putting the structures in place that they need to have in order to either be able to grow, to be able to bring in investment and really be given an opportunity.”

Part of the challenge is encouraging venture capital companies both in Ireland and from overseas to look at the west of Ireland.

“It is difficult at the moment to get to fundraise from the West of Ireland. It’s very, very limited. So that’s one of the key things. Access to international markets is also key, that will be one of the focuses for us and how we can assist the companies and link them in globally to similar organisations.

“Our membership of the EU is also very important and quite overlooked. And there are huge opportunities in the EU. So again, the key is to support them in forging partnerships in the EU as well as fund-raising. And then just on the practicalities as well to assist them with talent and putting in the processes in place that they will need to have within their companies as they are scaling. That’s also going to be a key focus for us with AcademyWest.”

An Post vows zero emissions deliveries for all Irish cities

Stop procrastinating and get more done