The chilling effect of Ireland’s pandemic lockdowns was felt by most sectors and along with the impact on hospitality, retail and travel sectors, Ireland’s taxi sector felt the brunt.

As the country manager for Free Now Niall Carson recalls it, the answer was to both pivot into new areas but fundamentally to protect the thousands of taxi drivers on its network.

“Our mission is to offer fully electric travel on the Free Now app by 2030. Since the start of 2020 we’ve been offsetting all journeys, but that is just a place holder while we get that electrification piece in place. Our bigger goal is to ramp up our electric fleet”

The company and its thousands of drivers endured, and Free Now has just revealed that ride hailing requests on the Free Now app have surpassed 2019 levels and are in fact up 14pc. Weekends experiencing the biggest surge with 200 requests a minute on the app on Saturday 4 September and Sunday 5 September. Trips to and from Dublin Airport have seen a sharp increase since return of international travel to 70pc of pre-pandemic levels. Free Now is predicting 15,000 trips on Saturday (11 September) as Mayo take on Tyrone in the All-Ireland Final.

The business is now entering its 10th year in the Irish market and Carson tells ThinkBusiness how the future of the company is very much about various forms of transport in towns in cities including e-bikes and scooters as well as taxis and electric cars.

“It’s about liberating movement and offering people all of these alternatives in one place, in one app.”

Carson argues that our notions of transport as modes in isolation from one another needs to change. “If we get ourselves away from that mindset then the options are endless. We’re looking at a city that has offered Dublin Bikes really successfully. But now we have other bike sharing schemes too. The taxi network is so much more accessible because of apps like Free Now where you can gain access and have full visibility and knowing all of these options are on the one app with the same payment processing options. The pandemic has seen us move to a greater percentage of people paying through the wallet on the app rather than having to carry cash.”

But the pandemic was a gauntlet that the company had to run. “We’re closely aligned with hospitality and retail when they shut their doors as well. The airport business has been slow to recover but we’ve seen huge leaps and it’s on its way back. But certainly, for drivers in our industry and ourselves it was a big shock. We would have dropped to 20pc of the business we were doing in 2019, so that was an 80pc hit to the business. And that was something that we just had to deal with

“We had to pivot and look for what remaining business that was there. We worked with the HSE and helped frontline workers because public transport was scaled back completely. We deployed 4,000 screens in taxis overnight and we lobbied on behalf of drivers to make sure that wearing face coverings was mandatory in taxis. We offered vaccination supports.

“We worked with an accounting firm to educate drivers on what supports were available to them. We work with more than 14,000 self-employed drivers who are working for themselves and who had to make their own independent business choices, file their returns and we wanted to offer as much support to them as possible.

“But it did turn the industry on its head and as we came out of every lockdown and went back into it, the industry would ebb and flow on that.”

Many of the changes brought about by the pandemic will be lasting. Some of them are immediately apparent such as people paying less with cash and opting for contactless instead. But when it comes to transport changes are coming slowly but steadily down the road in terms of how consumers – particularly in urban rather than rural areas – view car ownership and flexibility.

“The urban areas are more suited to what we have seen in the pandemic where people who are no longer commuting to work have gotten rid or their car and have moved to other modes of transport that have saved them money and offer greater flexibility as well. One of the things we saw coming out of the pandemic was people taking taxis to friends’ houses whether for outdoor dining or to meet up in a friends garden, be able to have a few drinks and then use the app to get the taxi to come and pick them up and that visibility offered huge security for them.

“From the driver’s perspective they are no longer just sitting in ranks in dense areas where people are coming out of pubs and restaurants. And actually, our driver base grew during the pandemic as drivers moved away from those traditional models.”

If the smartphone is the arbiter for much of the flexibility currently being enjoyed by passengers and drivers, the electric future is already upon us. According to the most recent Motor Sector report from Bank of Ireland, more than 7pc of cars sold in 2021 so far are electric and 26.1pc are hybrid.

The next step beyond that technologically is self-driving cars, with vehicles from Tesla already boasting auto pilot capabilities.

I ask Carson if he thinks driverless vehicles would adversely affect his driver base in time. “The adoption curve on these new technologies are more suited to long haul trucks on motorways travelling in straight lines rather than city streets like those of Dublin, a medieval city, and other cities around Ireland. Trying to teach a car to drive around these is impossible at this stage. We’ve had autopilot on airplanes for years but we still have pilots.

“I think the service offering that our drivers provide is incredible. We monitor the feedback we get quite closely and we learnt that so much of the journey wasn’t about the car driving down the road, it’s about the driver and the support they offered during Covid-19. There have been wonderful reports of drivers helping elderly people on their way to small family weddings and younger family members being able to monitor their journey. You’ve got people singing the praises of drivers who have gone above and beyond. You wouldn’t get into the taxi industry if you’re just driving a car – you have to want to work with people. Many of the drivers are strong family men and women who want to provide a great service.

“You will always hear random stories of a driver who was terrible, but I can tell you from our stats that we’ve got five-star ratings in 99.999pc of journeys taken because passengers were happy with that experience.”

The electrification of the taxi fleet in Ireland and globally is one trend Carson is certain about. “It’s something that is here to stay. Electric cars are a great opportunity for drivers to drive in a carbon neutral way but actually it helps them to save an enormous amount of money on service and maintenance costs and can give themselves comfort with the top technology as well.”

Free Now has been proactive in engaging drivers about the promise of electric vehicles. “It’s very much about supporting the drivers to get on this electric car journey. Earlier this year we announced €6m of support for drivers to set up home charging units through a grant-matching system. Our mission is to offer fully electric travel on the Free Now app by 2030. Since the start of 2020 we’ve been offsetting all journeys, but that is just a place holder while we get that electrification piece in place. Our bigger goal is to ramp up our electric fleet.

“And while it is small, it is still the largest electric fleet in the country at the moment.

“A lot of work is going into speaking with Government and local authorities about how they could support with more charging stations.

“It’s something that city councils are really supportive of because the difference they can make by electrifying public transport fleets could be enormous. The impact a driver can make by carrying 16 passengers daily in an electric car is much bigger when you look at the carbon offset, versus those same 16 people driving their own individual cars. So it’s an exciting opportunity and I think the Government has really gotten behind it.”

As Ireland awaits the Government to pass e-scooter legislation, Free Now has a world of experience gleaned from its international network.

In conclusion, Carson believes that the multi-modal smart passenger is the future. “We just want to offer people the option. If more people are looking to use public transport, then more people are going to use taxis and scooters too, and we’ll get much more of the smarter travel network.” 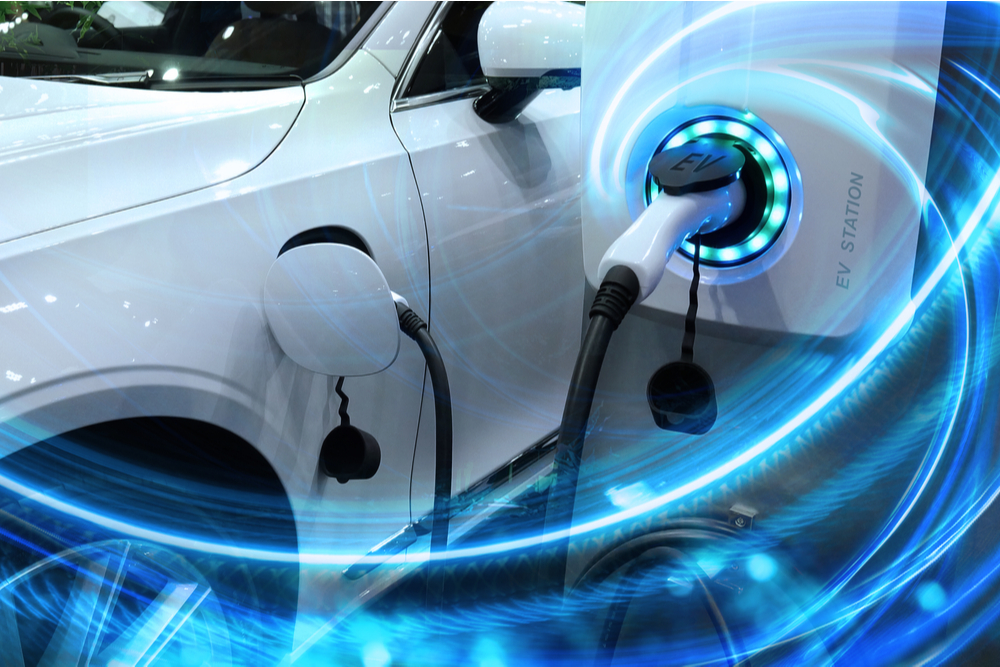 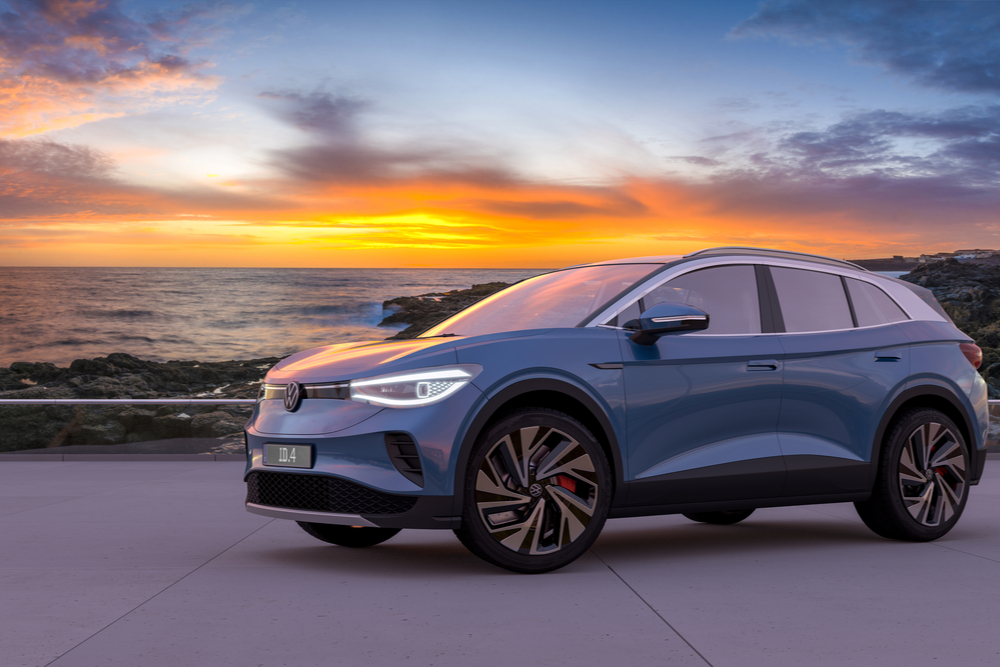 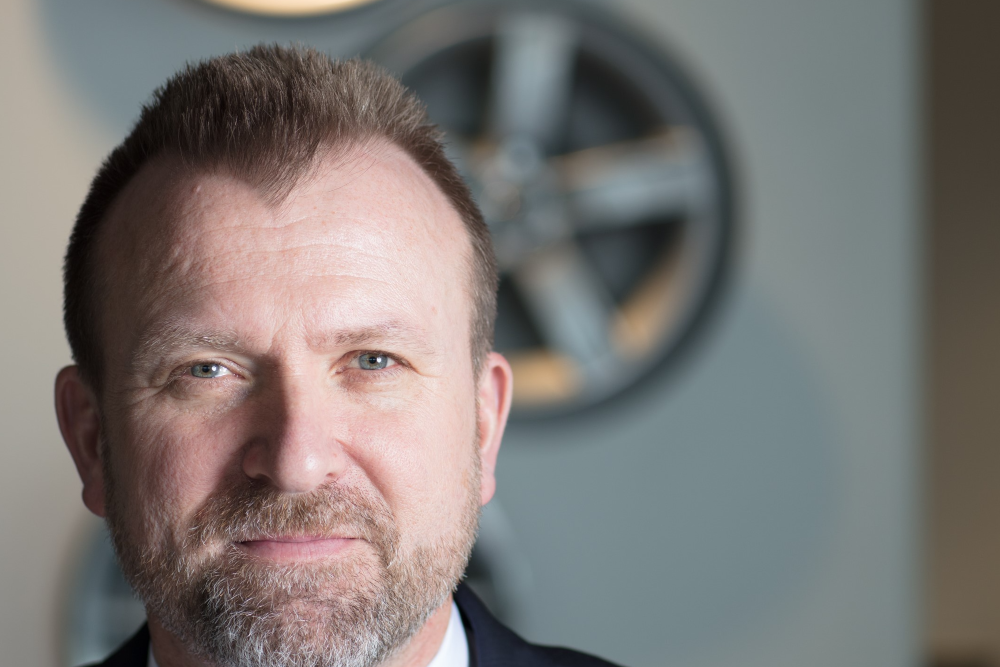 Audi Ireland MD Thorsten Godulla talks to ThinkBusiness about how the car giant is accelerating a full move to electric and has surpassed its CO2 targets.