Podcast Ep 99: Michael O’Hara on how DataSolutions is on track to become a €100m business after 30 years and how he now plans to scale it further.

This year Dublin-born company DataSolutions will reach the €100m revenue milestone after 30 years in business. In the latest ThinkBusiness Podcast, founder and CEO Michael O’Hara talks about his tech predictions for 2022, the journey beyond Brexit and his ambitions for the company for the future. He also talks about the Techies Go Green movement of Irish tech businesses focused on decarbonising their businesses.

The Dublin-founded company – which delivers technologies across the areas of digital workplace, hybrid multi-cloud, networking and cybersecurity – also enjoyed its best quarter ever between July and September this year, with revenue totalling €29m. This included two of the largest Citrix deals in the UK and Ireland region.

Central to its strong growth is DataSolutions’ digital workspace portfolio and cybersecurity offering, consisting of world-leading vendors such as Citrix and Check Point – both of which were top performers during the company’s last quarter due to the increased demand for security solutions, cloud-based models and remote working. DataSolutions also works with HPE Aruba, Color Tokens, D3 Security and Orca Security.

The business of trust

According to O’Hara the Covid-19 pandemic saw the rapid digitalisation of businesses out of necessity as workforces became remote and commerce became digital. “There was a very quick move to cloud adoption that is continuing to this day. People are moving more and more to cloud and hybrid cloud, keeping some applications in the cloud while some of their legacy applications are still on-premises. That trend is going to continue.

“We know that working from home works, and even as we come out of Covid-19 people will continue to work from home. It will probably be a mix of a number of days at home and a number of days in the office. Technologies that allow people to work safely and productively from home will continue to develop. Our focus at DataSolutions is on the cloud, the workspace and also IT security.”

The security aspect of DataSolutions business will continue to grow, no doubt spurred on by the surge in ransomware and phishing attacks on businesses. “Trust is going to be a big area because if we are all working remotely the network has gotten bigger and it’s not just about protecting the office, it’s wherever we are working, at home or in a café or wherever. And we need to know that the data we are accessing is safe and trustworthy.”

A big focus for O’Hara and DataSolutions is climate change and reducing the carbon footprint left by the tech industry. This urgency inspired him to establish the Techies Go Green movement of 150 Irish tech businesses focused on decarbonising their businesses.

I assert that a lot of the blame for reduced capacity in Ireland’s electricity network is being placed on the very data centres that Ireland has attracted when some thought should have gone into infrastructure and capacity planning. These engine rooms of the digital economy work while we sleep. Digital exports via Irish-based data centres to the rest of the world reached €117bn in 2020, proving the essential economic role this infrastructure plays, according to a  report from Host in Ireland.

“We talked about cloud and cloud adoption which is only going to grow exponentially. And data centres are just going to grow and grow. And yeah, they are an easy target because they do use a lot of electricity. They are doing they’re job. We’ve done a great job bringing these businesses into Ireland, future-proofing our economy, but where we’ve fallen back is that we haven’t put the infrastructure in place; the renewable energy to allow them to be cleaner. And that’s something we need to catch up on.”

The Techies Go Green movement was inspired by the urgency required for the battle against climate change. “Climate change is an existential issue and we all need to play our part. Brad Smith, the president of Microsoft said: ‘Are we doing enough?’ The answer is that those of us who can afford to move faster and go further should do more.”

He said that every business that is profitable should then look at ‘profit for purpose’. “We as a distributor represent 14 vendors and as we bring their technologies to the makret we educate the end users about the benefits of the technologies we sell. So as a distributor, we feel we are well positioned to push the climate change and sustainability message. In more than 30 years we’ve launched one hundred-plus technologies. And this is our most important launch: to promote sustainability.

“So in March last year we started Techies Go Green and it’s a driven-sustainability movement and we invited business in Ireland and the UK to join and today we’ve just over 150 businesses throughout the two regions who have come on board. We have two goals: the first goal is to build awareness around the need for sustainability. Goal number two is to take action: we want to encourage as many people as we can to take action. From an IT sector point of view the big issue is e-waste. What are you doing about your e-waste? And the most important thing we’d say is measure your carbon footprint. Because when you measure it you have a picture of where you’re burning carbon in your business and then you can start to take action and start your sustainability journey. We find that once people start on the journey it’s like a rock rolling down a hill; it just keeps going and going.”

The interesting thing about DataSolutions is that it embarked on its UK expansion strategy just as Brexit was about to happen and in the last year achieved some of its biggest IT deals in that market.

“Brexit thankfully hasn’t been a big issue for us. A lot of our revenues come from software so that’s not been affected by Breit.

“We continued to grow this year and we will achieve €100m in revenues which is a great milestone that we set ourselves. We’re effectively doubling our business every three years. And we expect to be a €200m business by 2025.”

Having established a beachhead in the UK, O’Hara said his sights are on growth in other markets such as the Nordics and various Eurozone countries.

“We’re still establishing ourselves in the UK and we’re seeing great growth there. But we’d also look at other regions. When you have a good product and a good service going into other markets is a great way to grow.”

O’Hara’s mantra for the future of DataSolutions and for other businesses is to look beyond the domestic economy and scale. “Irish businesses traditionally we kind of look at how we can grow and develop in the Irish market. Whereas we deal with a number of Israeli businesses and when they’re developing they look at how they can get into the United States and how they can go international.”

Gweedore to host MIT Under 35 Festival 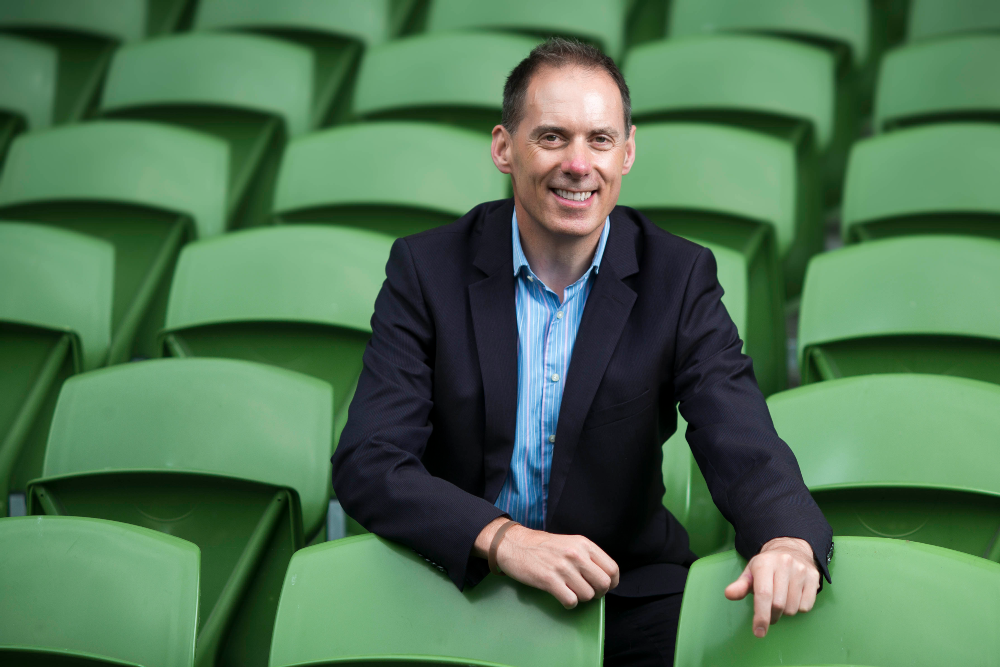 Podcast Ep 35: DataSolutions MD Michael O’Hara is eyeing the horizon beyond Covid-19 and Brexit and plans to be leading a €200m a year business by 2025. An expansion into the UK four years ago has proven to be an astute business decision for Dublin firm Datasolutions. Ireland’s digital exports kept flowing while the physical economy was ravaged by the disruption caused by Covid-19.