Back for Business, Daniel Moylan grew up in Surrey in England, but he and his family always thought of Ireland – specifically Dungarvan in Co Waterford where his father is from – as home.

So, when the Covid-19 pandemic led to him having to close his successful international cycle tours business in Thailand, Daniel and his family decided to move to Waterford to start a new life and a new business.

“We always travelled back and forth to Ireland a lot, and my father had returned to live there after my mother passed away, so it became the family base,” Daniel says.

When the pandemic hit, SpiceRoads Cycling, the company which Daniel ran, suffered millions of dollars worth of cancellations and went from 53 employees to just him in the space of two months.

Daniel immediately set about developing a post-Covid business plan to set up not one but two companies in Ireland. “The idea was to plan in two directions at once for if things got better or for if things stayed the same,” Daniel says.

Plan A was to continue in the bike travel business, and he and his wife, Nee Lodthon, created a company called We Adventure. Plan B, if Covid was here to stay, was to create a company that would cater for expedition preparation – for if fewer people were travelling, and they had to be better prepared to do so. They called this second company Overland Protection Systems and registered both companies in Ireland in March 2021.

Daniel and Nee had travelled extensively around the world in a Land Rover that he spent two years modifying, so they knew what they were getting into. They ordered a container full of parts, put their own vehicle in another container as a demonstrator and headed for Ireland with their three children in June 2021.

Now living in Lismore, Co Waterford, the couple have found that the lifting of Covid restrictions has made both of their businesses viable. At the time of writing, We Adventure had ten trips sold and ready to go, and Overland Protection Systems was awaiting delivery of three shipments of parts having sold their initial stock.

Daniel admits he was initially apprehensive as to whether his family would be accepted in Waterford. “I’m connected through family, but my wife is from Thailand and our children are mixed culture. They have been accepted more warmly here than anywhere I could imagine. That was a massive weight off my mind,” he says.

He says the process of getting established in Ireland in terms of things like visas, PPS numbers and setting up the business was fair and easy. “There was good support. The pace of things is more relaxed here, but people are very switched on,” he says.

Daniel’s immediate plan is to secure a premises for offices and storage and gradually scale the two companies.  “We wanted enjoyable jobs that speak to the things that we like doing. We can see the way forward with both businesses and that is a nice thing,” he says.

Are you thinking of coming Back for Business?

This is the sixth year of the Back for Business programme and there are up to 50 places available to support those have returned to Ireland – or are  thinking about it – and have or want to start a business here.

The Back for Business developmental programme, which is funded from the Government’s Emigrant Support Programme, was created to foster and support entrepreneurial activity among emigrants returning to live in Ireland. The call for this year’s applications was launched by Colm Brophy TD, Minister of State for Overseas Development Aid and Diaspora.

Back for Business 6 will run from the end of January to June 2023. There is no charge for those selected to participate and the closing date for applications is Friday January 6th 2023.

Back for Business is aimed at those who have lived abroad for at least a year and have returned in the last three years or those planning to return in the near future. It addresses challenges that all early-stage entrepreneurs encounter, but also focuses on the additional barriers faced by those who have been living outside Ireland for some years

Participants on last year’s programme increased their combined workforce by 76% and more than doubled (107% ) their turnover during the cycle – despite the restrictions placed on businesses as a result of the Covid pandemic.

Those selected to join Back for Business 6 will take part in round table sessions, focused on goals and milestones, which are facilitated by voluntary Lead Entrepreneurs who have experience of successfully starting and growing a business.

This year’s Lead Entrepreneurs are: Hannah Wrixon, founder of WrkWrk, formerly known as Get the Shifts; Morgan Browne, CEO of Milner Browne and Enterpryze; Paul Duggan of The Gardiner Group; Seamus Reilly, co-founder and formerly of Critical Healthcare; and Thomas Ennis, founder of the Thomas Ennis Group.

A Back for Business Community is also being formed for previous participants, who will be offered workshops, review round tables and an annual Community Forum.

Those interested in learning more about applying for Back for Business 6 can download a brochure and register their interest in receiving an application form by visiting www.backforbusiness.com 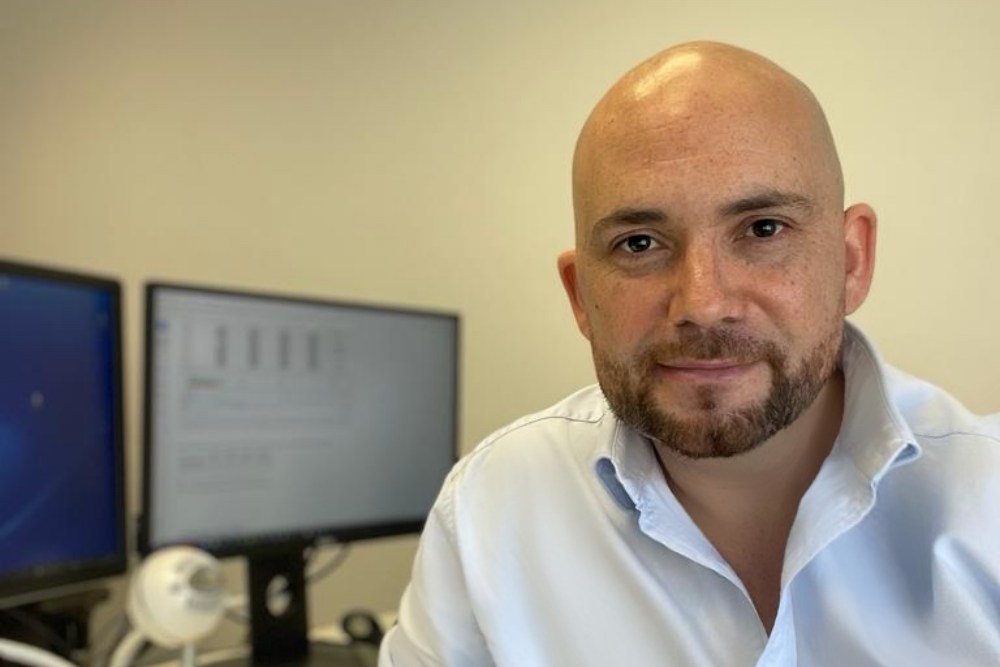 Back for Business, Andrew Scannell, Clinks

Andrew Scannell identified the convenience economy as an area in which Ireland is trailing the world. 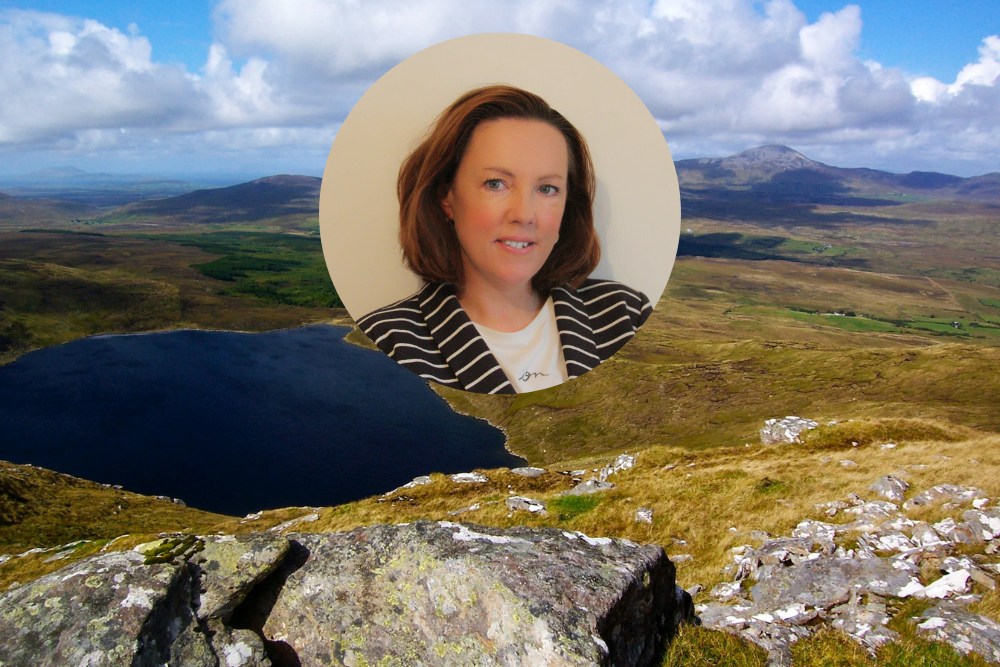 Now Back for Business, Anna O’Grady, a teacher from Gurteen in Co Sligo, originally left Ireland in 2002 to go backpacking in Australia with a group of other teachers. 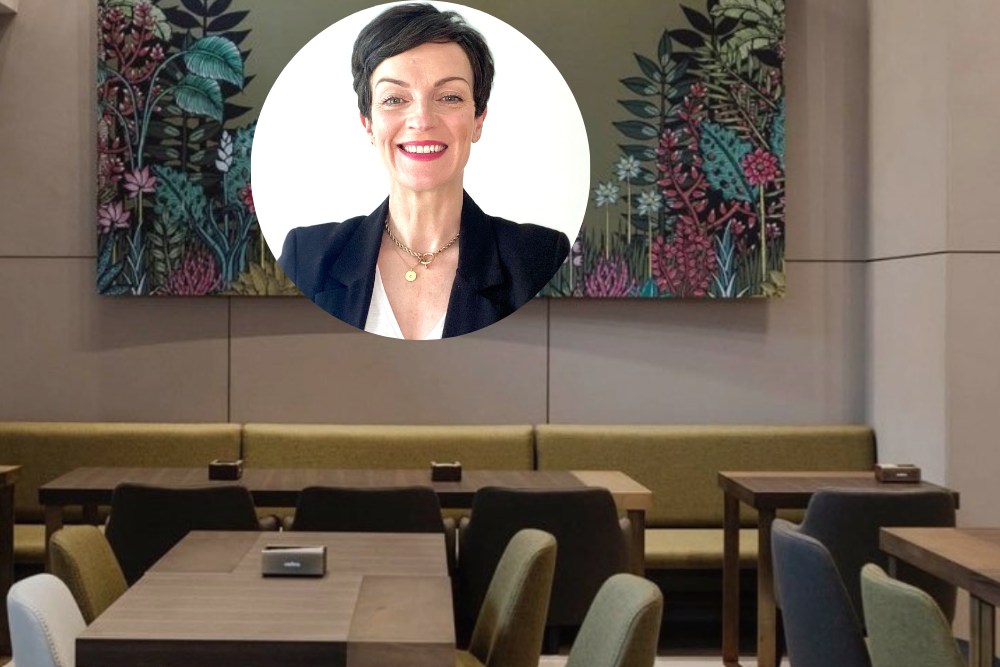 Back for Business, Ciara Petty returned to Ireland after 10 years in London working in interior design and branding for a retail design agency.