Briony Somers is the co-founder and editor in chief of FRANC magazine. Here she discusses her influences, running a business with creative ambitions and the shades of inequality in the startup scene.

Born in England, Somers moved to Ireland at age 10 and grew up in Durrus, West Cork. Her mother Carmel, a chef, established the Good Things Café and cooking school in the town, a background that gave Briony an appreciation for starting and building a business with ‘things and objects that were available at the time’.

Somers doesn’t use the typical language of a founder in their early 20s. Ideas and threads of thought weave around the subjects under discussion. There are no hard answers, no buzzwords or talk about demographic target markets, disruption or innovation. Somers is, however, very sure about the direction she wants to steer her business.

“People who ‘reject you’ are often the people you shouldn’t work with. You could say it’s a filtering process.”

When you pick up a copy of FRANC it feels like an expression, a mood, much as it is a publication. It was started on Somer’s belief that there is a growing tribe of young women who value quality and permanence over the fleeting ‘information snacks’ served up by social media apps.

In a world so defined by two-dimensional ‘insta-images’ slipping fast across tiny screens, FRANC is a stark expression of the senses – it exhales design, craft, writing, photography, and quiet contemplation.

Somers has an ambition, a business model, and a growth plan. ‘This is not some cutesy art project,’ she says. Importantly, she is able to point to business models in the U.S., similar to FRANC that are successful and growing. When talking about the brand she is building you immediately get the sense that it is fiercely protected.

“The one thing we care about the most is the integrity of what we do and who we work with. If they don’t fit with our direction, we don’t do it,” she explains.

The idea that in the digital age a niche print title produced in Ireland can become a viable business would be met with cynicism from many in the startup scene.

“Yes, we are not a B2B software company and we are not building a Fintech app,” she smiles. “I guess we don’t fit the typical profile so attractive to investors at this particular moment. I have met with what can only be described as hostility at times when I go to events, meet people and tell them what I do,” she says.

Leaving Trinity (with a degree in History and Politics) and entering the startup scene was, Somers admits, moving from one world to a very different planet.

Has she encountered rejection in business?

‘Yes, but it doesn’t knock me back. As a model (she walked for John Rocha among others) you get a lot of rejection when it comes to applying for work.

‘I have learned to view what I’m doing as my end goal. There will always be rejection, but the people who ‘reject you’ are often the people you shouldn’t work with. You could say it’s a filtering process.’

The people who do work with Somers include her mentors – Deirdre Tracey, associate director of the Trinity Foundation; and Rhona Murphy former managing director of Newsweek International.

‘When people say If you need any help, I will always take them up on their offer,’ smiles Somers.

“I think the greatest inequality is around who the money goes to.”

The call to action for this year’s International Women’s Day is #PressForProgress. As a young woman in Ireland are issues like inclusion, diversity and gender inequality things of real concern?

‘For our generation these issues are non-negotiable. Businesses and brands that don’t demonstrate a willingness to push the equality agenda really mark themselves out,’ she confirms.

‘For me, what’s been most interesting is the change in how people perceive voices. What was once considered the legitimate voice was often sexist or racist and was dictated down to people. Now there is a multiplicity of voices and they are been taken seriously. People feel they can be heard.’

Did Somers find inequality in the startup scene in Ireland?

‘In terms of funding, absolutely. Most money goes to startups led by young men. It is a male-dominated space. But I think the greatest inequality is around who the money goes to. Most funding goes to privileged young people, mainly men who are lucky to be well educated and in the right circles. It is not an inclusive environment, it is very exclusive.’

Is it not changing though, are we not seeing more female-led startups emerging?

‘Even when it comes to celebrating female entrepreneurs, it’s all very well to applaud someone who has left Google to launch a startup. But we need to support more women who don’t have a Google background. Economic security and privilege seem to be taken for granted by a lot of people in the startup scene. Inclusion and diversity don’t seem, on the face of it, to apply I’m afraid.’

“Character – the willingness to accept responsibility for one’s own life.”

When I ask Somers about people in publishing and the creative world who inspire her, she (not surprisingly as a student of History) points to people like the publisher Condé Nast; the photographer and surrealist Lee Miller; and the American journalist and writer Joan Didion.

Contemporary influences include the founders of The Glossier and The Wing. ‘It’s good when you meet people who are hostile to your business model to be able to point to the Glossier which recently secured $52 million in Series C funding. Similarly, The Wing raised $32 million in series B,’ she says.

Somers is clear about the direction FRANC is going and remains resolute on the integrity of the brand.

‘Everyone who joins the team at FRANC is given a copy of a Joan Didion book,’ she explains. ‘I want to build and run a successful company that hires people for their skills, creative skills that are underappreciated.’

It’s an imaginative approach to HR and likely to be inspirational. So to end, it may be fitting to quote Didion.

‘Character – the willingness to accept responsibility for one’s own life – is the source from which self-respect springs.’ 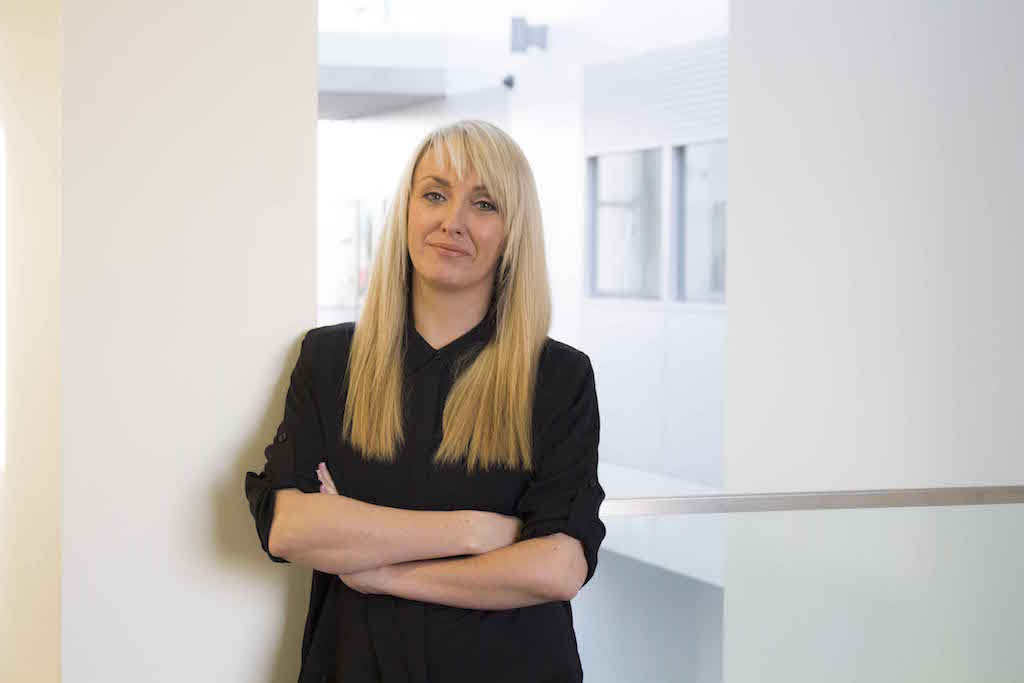