ThinkBusiness sat down with Michelle Goodwin, senior strategy manager at Bank of Ireland, to discuss the Begin Together Awards, which was launched last week.

Just under a week ago, Bank of Ireland launched a three-year €3m all-island Begin Together initiative to improve the financial, physical and mental wellbeing of Ireland’s communities, while supporting the underlying local economies.

The initiative consists of three key annual strands, one of which will see the formation of the Begin Together Awards, formerly the National Enterprise Town Awards.

Bank of Ireland’s Begin Together Awards will recognise the spirit of enterprise in towns and cities across the Island of Ireland, bringing business and community together to showcase their efforts to build an economically sustainable community.

This year will mark the fifth year of the awards, and Michelle Goodwin, senior strategy manager at Bank of Ireland is anticipating its biggest year yet.

“The last four years have been really successful for the awards, but this year we want to make it even better, and we have identified how we are going to achieve that,” she said. 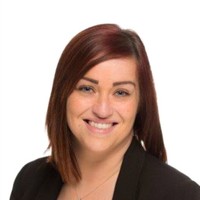 “This year we want the awards to evolve and part of this will be the roll out to an all-Ireland initiative, where we will include communities across Northern Ireland, and we feel this will really add to the success of the awards.

“We are moving from regional categories to population categories, and we have also introduced several special initiatives. This is in addition to our existing City Award, Rising Star and the overall winner.

“The aim for the 2020 is to bring the Begin Together Awards to more than 100 communities, and that being evenly spread across each region in Ireland,” she added.

There are over 30 awards available from a total prize fund of €200,000 with the overall winning town, city village or urban area awarded €50,000 and the title of Ireland’s Most Enterprising Town, which was won by Kilkenny last year.

Local authorities and local enterprise offices will support the nomination of towns, city villages and urban areas on behalf of their own county or city, but there is an opportunity for the public to nominate their own town, which you can do here.

Entries for the awards will be open from 23rd March 2020 until 3rd June 2020 and the judging process will commence in late August and continue until mid-October. The winners will be announced at a gala awards ceremony held in December.

Bank of Ireland will host a number of regional workshops for the entrants, to assist them in putting their best foot forward on the judging day.