The success of companies like FeedHenry (acquired by RedHat) and Immersive VR have a lot to do with the innovative spirit and methods being applied at ArcLabs in Waterford.

It would be a worthwhile exercise some day to do an economic impact study of ArcLabs, the research and innovation centre at Waterford Institute of Technology (WIT), which also has an incubator in Kilkenny. That study should look at the jobs that have been created by firms that were born on the WIT and Telecommunications Software and Systems Group (TSSG) campus where ArcLabs is situated, and the many jobs that will be created by employees of those companies since then and also into the future.

The campus, nestled comfortably in the rolling hills that cascade gently down to the River Suir, is a state-of-the-art home to a variety of start-ups like FundRecs, multinational players like RouteMatch and researchers from WIT’s TSSG.

Businesses that have emerged from the campus include FeedHenry, the software company acquired by US software giant Red Hat for €63.5m in cash, which is now a major tech employer in the south-east region, and Immersive VR which floated on the London Stock Exchange last year.

In fact, the south-east is a hive of tech start-up activity when you consider how Kollect on Demand, a Waterford-headquartered tech company floated on the Nasdaq First North stock exchange in December, while another Waterford company Kyckr listed on the Australian Stock Exchange in 2016.

You have to wonder if there is something in the River Suir’s water, is it the focus that the distance from larger cities like Dublin or Cork enables, or have bodies like AcrLabs and the TSSG figured out a formula for turning research and ideas into financially-viable tech. 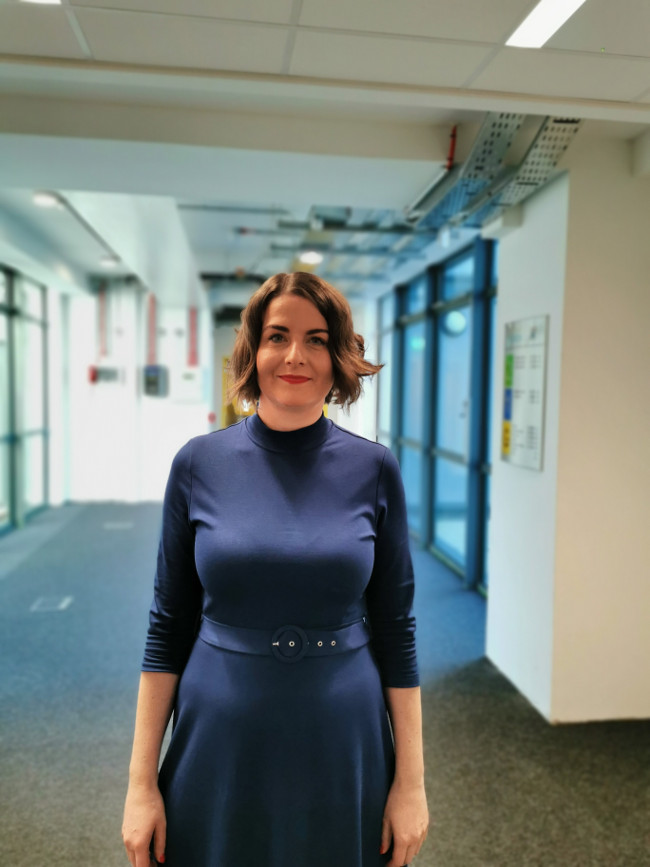 I put this question to Aisling O’Neill, ArcLabs’ knowledge and innovation community manager. “ArcLabs was established first in 2005 and we have supported over 60 companies through residency in the centre. And also, when we look at the numbers of companies that we’ve supported through our various programmes, it’s over 300. It’s a combination of ethos and environment. We’ve got the marriage of the academic research, and the enterprise skills, the enterprise stakeholders, and then the kind of business ideas.”

The tagline for ArcLabs is “making ideas work.”

“And that’s really what we’re looking at doing,” O’Neill said. “We bring together knowledge-intensive research and innovation with really innovative companies.”

To get involved in the work of ArcLabs, companies need to forge a link to the innovative capacity of WIT.

“Our focus traditionally has very much been on digital tech companies, resulting in spinouts from TSSG such as FeedHenry. We also would have been the home to NearForm when it first started and which employs over 120 people and has their headquarters in Tramore.”

In many ways, because of its distance from Dublin, the tech south-east is one of Ireland’ best-kept technology secrets. But now it’s time to change that perception and embrace acclaim.

“We’re working we’re working really hard on that and certainly Elaine Fennelly with Crystal Valley Tech has been really leading the charge in highlighting the opportunities that are that are available within not just Waterford but the south-east more broadly. A mapping exercise has revealed there are now 150 tech firms in the south-east.”

In terms of ArcLabs and TSSG, the key has been the spirit of blue sky research performed by TSSG as well as the Pharmaceutical and Molecular Biotechnology Research Centre (PMBRC).

The key, O’Neill explains is a “forward-thinking approach” to winning Irish and European research contracts and turning them into business opportunities.

Another approach has been supporting the region’s demand for ICT skills. Companies that work with ArcLabs take on researchers from WIT and TSSG. For example, six out of eight developers working full-time at Irish fintech FundRecs originally came on board as researchers.

“We’ve been really focused in WIT on driving the industry agenda, making sure that our applied research is really highly relevant to the companies in the region,

“We’re very lucky as well that we’ve had huge support from Enterprise Ireland and in developing the infrastructure that we have. We’re the only Institute of Technology in the country to have three technology gateways: the PMBRC, TSSG and SEAM (South Eastern Applied Materials).

Gateways to the south-east

“Under Enterprise Ireland, the technology gateway network was developed as a way for industry to engage with the Institutes of Technology. Within these gateways and companies can come in and look at developing an innovation project. These can be from small €5,000 innovation voucher projects right up to full scale innovation partnerships where staff from the Institute will be dedicated for a period of 12,18, 24 months on a project for an industry partner. It’s an amazing way for R&D to be de-risked.”

Enabling start-ups is crucial and there are two additional facets for helping entrepreneurs; through the New Frontiers programme and an incubator run in conjunction with the NDRC in Dublin.

“Last year ArcLabs began working with NDRC in Dublin to build a regional incubator to foster the rise of start-ups from the south-east. We’ve just finished our second cohort and we are recruiting the third cohort.” As well as space at ArcLabs, participants in the NDRC at ArcLabs programme receive a €50,000 cash investment.”

Another programme involves encouraging third-level students to spend their summers developing business ideas over 12 weeks instead of taking a summer job.

O’Neill said the ultimate ambition is to create a technology cluster in the south-east involving the start-ups but also bodies like South East BIC and the Local Enterprise Offices.

“It’s about bringing together all of the partners and forming a cluster and comprehensively mapping the supports.

One of the reasons for the success of WIT, ArcLabs and TSSG, O’Neill believes, is that unlike Irish universities that get considerable sums of base funding from the State, the Institutes of Technology fight for every penny.

This has made WIT and therefore the TSSG and ArcLabs lean, mean and particularly innovative players.

“It means we punch way above our weight.”