Cork-based Yooni is tackling the problem of college drop-out rates by using artificial intelligence to stem the tide, save students time and ultimately save parents money.

Yooni was founded in 2018 by Nathan Mayes and Darragh Lucey and plans to launch nationwide this year to all 180,000 senior cycle students in Ireland.

The high college drop-out rate in Ireland is a severe problem, a problem that could also be exacerbated by the sudden onset of the Covid-19 outbreak.

“Of the 40,000 Leaving Certificate students who go on to 3rd level education in Ireland every year, 14pc will drop out in first year, while 25pc will drop out before graduation,” Mayes explained.

“Studies have shown that the majority of these dropouts are due to students choosing the wrong course to begin with. The resources available to aid students in this pivotal choice are severely lacking.”

The hidden cost of dropouts

“On an individual level, the average third level student lifecycle will cost parents €20,000 minimum. Every Irish parent has a 25pc chance of losing some, if not all of that €20,000 due to their child dropping out.”

The problem is a significant global one when you consider how 470,000 students progress to third level every year in the UK and some 2.2m do so in the US every year.

“Yooni’s course recommendation software is for Leaving Certificate students who are trying to decide what course to do in college,” said Darragh Lucey.

“Parents pay a one-time fee to give their son/daughter access to Yooni’s software, hence helping them find the best fit college course for them.

“Yooni’s course recommendation algorithm then uses artificial intelligence and data analytics to compile a list of personalised, best fit courses for the student. These academically fit courses are matched to each individual student with a higher degree of accuracy that any existing course recommendation software on the market. The student can use this list to narrow down their CAO preferences, research each course through the Yooni information hub, and ultimately find the right course for them,” said Lucey.

He explained that Yooni’s recommendations are based on real successful graduate students who undertook and excelled in degrees in the past.

“This is achieved by training our algorithms on anonymised past graduate data obtained through a strategic higher education Institute partnership. Using this methodology we can mathematically determine which courses a student has the highest chance of succeeding in academically.

“Because this is an online service, it can be accessed by anyone, anywhere, anytime. Results are produced in a clear, simple and easy to understand format.” 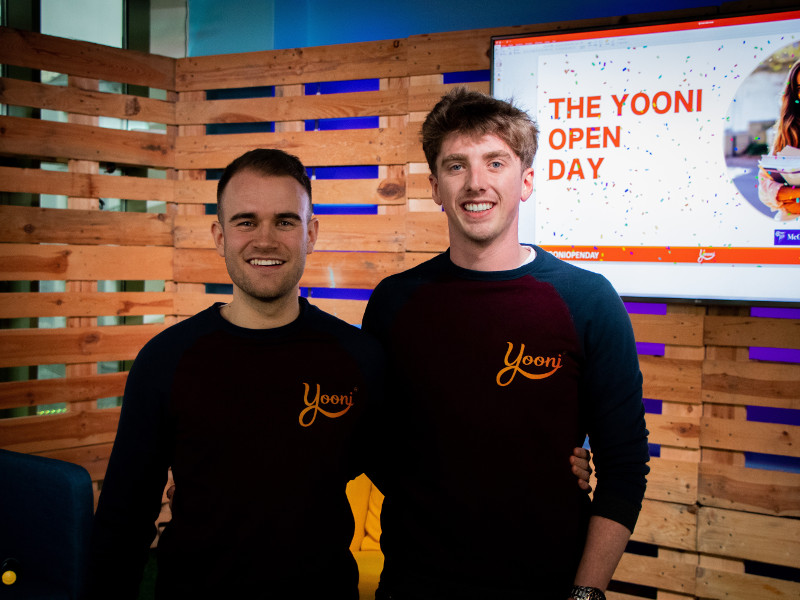 They both studied electrical and electronic engineering at UCC and graduated together in 2017. They always talked about starting a business together, but after undertaking an entrepreneurship module in their final year of college they realised that it was something they absolutely wanted to pursue.

Since then, they looked for a problem to solve. The idea for Yooni was sparked by the high drop-out rate on their own engineering course at UCC. On graduation day, they realised that a quarter of the friends they made in first year were not graduating alongside them. The number of dropouts was staggering.

Taking off on a backpacking trip after graduation, they came across an article about the global student dropout issue while travelling in Cambodia and began thinking about ways to use technology to solve the problem.

By the time they reached South America, they had decided that a technology-led guidance platform, using artificial intelligence, could work. They then pitched the idea to UCC IGNITE graduate business incubation programme via Skype from Peru. They were accepted, returned home and went into the world of business as two engineering graduates with no business experience.

“The start-up ecosystem is very healthy here,” Mayes said. “As two engineering graduates we knew it was crucial to get some mentorship during the early stages of our idea. Since then, we have been through two start-up programmes that have helped us grow an idea into a revenue generating business. The network of people in the locality is tightly knit and the vast majority are always willing to meet for a coffee.

“Programmes like UCC IGNITE offer founders the opportunity to form a huge network which, as we quickly learned, is 90pc of the battle.”

The company is currently self-financed through revenue as well as LEO grants. 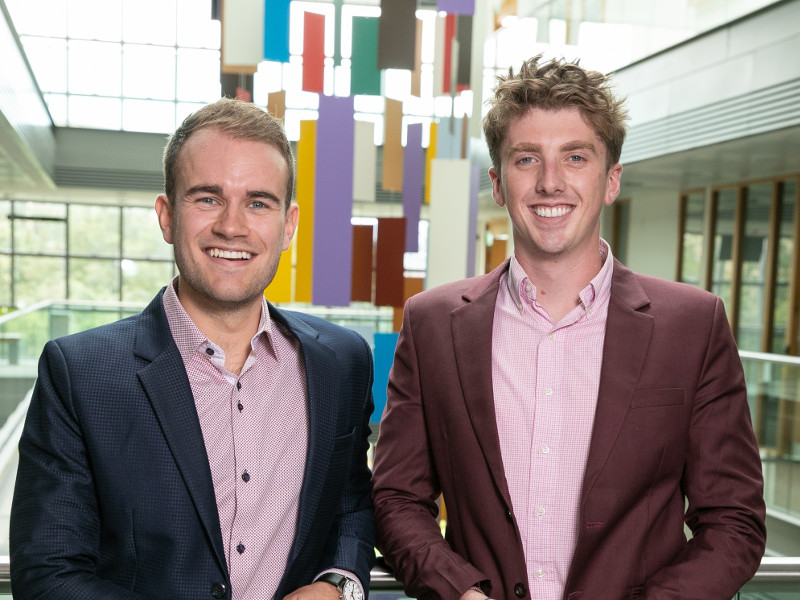 Key lessons were learnt early on, says Lucey. “The only way you can truly learn about your product/idea is to get people to use it. We spent a huge amount of time talking to people in the sector, gathering information from all angles and spending a decent amount of time researching online. While this is something one absolutely must do when starting a business, we were waiting for the perfect opportunity to begin development of the software.

“Since launching, we’ve realised that you are never going to have the perfect product and you will be consistently iterating your technology as people use it. We neglected the fact that the best time start is now.”

Mayes advice for fellow founders is plan ahead with short, medium and long-term goals.

“Don’t overthink it. Set a short-term, medium-term and long-term goal. Because it is very easy to veer off track and get distracted, these goals help keep you focused.”

Time for joined up thinking on Ireland’s green digital future