Peter Wood writes that there is a difference between being a leader and being ‘the boss’. But empathy and understanding are what make teams do the impossible.

In my business career, I’ve seen two types of business owner – ‘The Boss’, who wants to tell everyone what to do, and wants everyone to do it his or her way, and on the other hand, the inspirational, empathetic leader who realises that people have potential, and that development of people equates to development of his or her business. But what makes someone a leader?

Why do some people go down the path of ‘Boss’ and why do others decide to follow the path towards empathy and understanding? It’s a question that fascinates me, and the search for answers delves deep into the roots of the human psyche. And then there’s the other question: why are some content to be followers, and what in their personality allows them to overlook obvious faults in a leader and follow without rigorous questioning?

“A leader needs to have a clear sense of destination, and needs to understand the best route to that goal”

I’ve seen some speakers and writers defining leadership as a series of abilities – for example the ability to communicate, or the ability to  have a sense of empathy and understanding.

I think the truth lies deeper – to work together and operate as a team, humans have an innate understanding that collective decisions need to be one individual’s ultimate responsibility. Teams will naturally defer to someone who they realise has a better vision of the path to success. They’ll pass decision making and guidance over to that person for a period of time. It’s my belief that you can’t define a leader without referring to the team, and that the followers play a substantial role in defining the leadership dynamic. However, an effective leader will often have those qualities mentioned earlier – such as vision, communication skills, confidence, and empathy. They are necessary to inspire others to follow, and are necessary to ensure the team remains cohesive.

The cult of the leader

Was Donald Trump a great leader? That’s an interesting question, and the 70 million Americans who voted for him would say yes,  he was a visionary leader, a great communicator and an inspiring political maverick. To those who didn’t vote for him, he was out of touch, clumsy and politically inept. To his followers, he was an inspirational leader, and to those who didn’t follow him – well, actually in a democracy, it’s accepted that you still have to follow your leader. That’s the way democracy works – not everyone believes the ‘leader’ is correct, and it’s the same with business teams – some may be unquestioning followers of a leader, and some may be more sceptical, but that’s where a leader’s powers of persuasion, communication and inspiration come into play.  Sceptical dissent from a vocal minority is acceptable if the goal is ultimately attained.

I went climbing in Kerry a number of years ago. I was with a group of friends, and there’s a funny thing about groups of friends – everyone thinks that someone else has done the planning. Our aim was to climb Carrantuohill, Ireland’s highest mountain, but we were probably a little bit unplanned, started too late, and we all assumed that someone else had checked the weather.

Things didn’t go to plan, and late in the evening, when darkness began to descend and the weather began to change, we realised that there was the strong possibility of us being stuck halfway up (or down) Carrantuohill for a damp and miserable night. That’s when someone from the back of the group spoke up. He was a friend of a friend, and I didn’t know him that well. “I know where I am, I have a map, and I can lead you back to the cars.”

We spent a number of unplanned hours on the mountain, but we followed our leader that night and eventually got back to the carpark in the early hours of the morning. I learned a couple of things that night, and maybe the most important of those lessons is that leadership of a group can change and shift – it’s a dynamic relationship. Circumstances can change, and a person who is an appropriate leader in one situation may be ineffective or redundant in another. You – the business owner – are not always the best leader. There may be some circumstances where someone else is better fitted to provide guidance and direction. Running a successful business demands a range of skills, and a good leader will defer to another’s guidance when required skills and circumstances demand it.

Ernest Shackleton, the great Antarctic explorer, is often seen as the epitome of great leadership and human courage. He is best known for his 1914 ‘Endurance’ expedition. During that expedition, he had hoped to cross the southern continent from one side to the other, but disaster struck when the ship became trapped in the ice. Shackleton realised that the ship would not survive, and that his role as a leader was to now ensure the survival of his crew. They abandoned the ship and camped on the sea ice until it began to disintegrate, and then launched their lifeboats to reach the remote and desolate Elephant Island. Realising that help would not come to them, six members of the crew, including Shackleton, sailed a further 800 miles to South Georgia, and eventually managed to reach the whaling station after a 36 hour walk to the other side of the island.

Twenty seven crew members were marooned on the ice, 27 were finally rescued with the help of the South Georgian whalers. The successful recue of all members of the team was due in no small way to Shackleton’s leadership skills. When the ship foundered, he was aware of the need to switch plans, and was conscious of his paramount responsibility to ensure the safe rescue of the crew. He was aware of the need to build unity and commitment within the team, and was prepared to make tough decisions when the circumstances demanded it. Last, but not least, he had a clear destination in mind – the whaling station on South Georgia.

A leader needs to have a clear sense of destination, and needs to understand the best route to that goal. That leader needs to have an awareness of what that route is going to be like, and what resources and skills the team will need to complete the journey. The leader will need to understand where the difficulties lie on the route, and have some ideas of how to deal with those challenges, and to be aware of future choices the team may have to make.

Understanding the route and destination is not enough – the leader will also need to inspire his team to walk that route, and work cohesively towards that goal. To do that, a leader needs skills such as vision, honesty in communication, empathy towards his team and the ability to make decisions with confidence. There’s the age-old unanswered question: are leaders born, or are leaders made? That’s debatable – to some extent we all have the necessary skills, but I think to become a leader you need to believe that you have something to offer, can influence and persuade, and can help others to achieve their goals. And maybe more importantly, those skills needs to be recognised, worked on and developed.

I started this article by writing about two types of business owner – the autocratic ‘Boss’, and on the other hand, the more approachable and empathetic ‘Leader’. It’s interesting to note that Shackleton’s men referred to him as ‘The Boss’.

Maybe that’s indicative of Shackleton’s true nature as a leader – able to have understanding and empathy when the circumstances allowed it, but able to impose tough decisions when the challenges demanded it. And maybe we can all learn from that.

Empathy is the quality that brings our team along with us, but sometimes we need to stand apart, be the ‘lonely leader’ and choose the harder path to our goal. 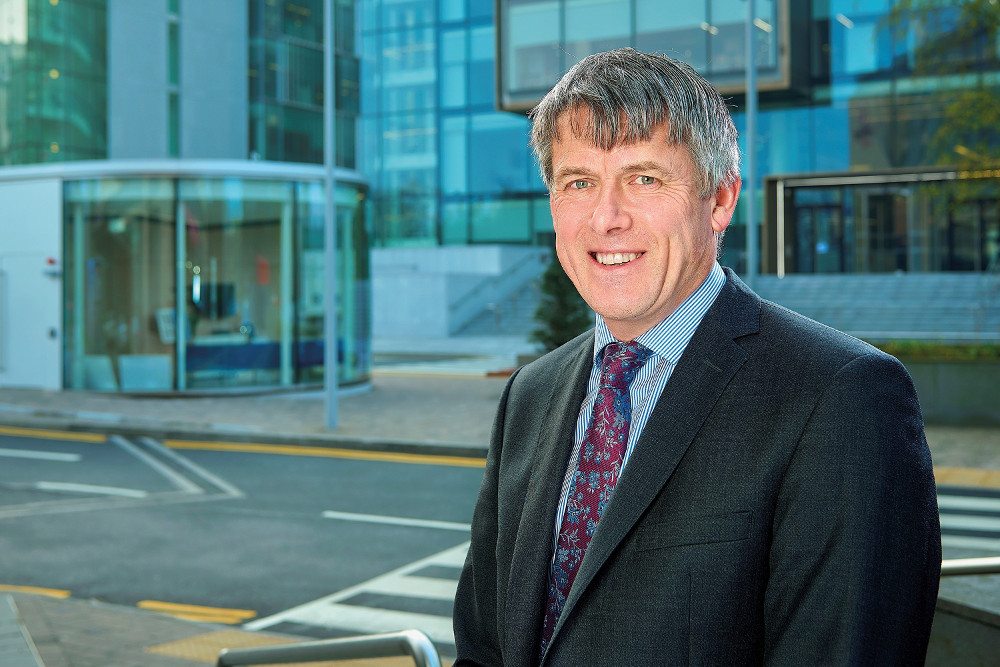 Peter Wood
Peter Wood is the owner of Iridium Management. He has many years’ experience in business, and uses his knowledge and skill to help companies find a path to growth and success. His passion is mountaineering, and he uses some of the lessons learnt on adventures to inspire leadership in organisations, and to encourage teams to focus, collaborate and work effectively together. 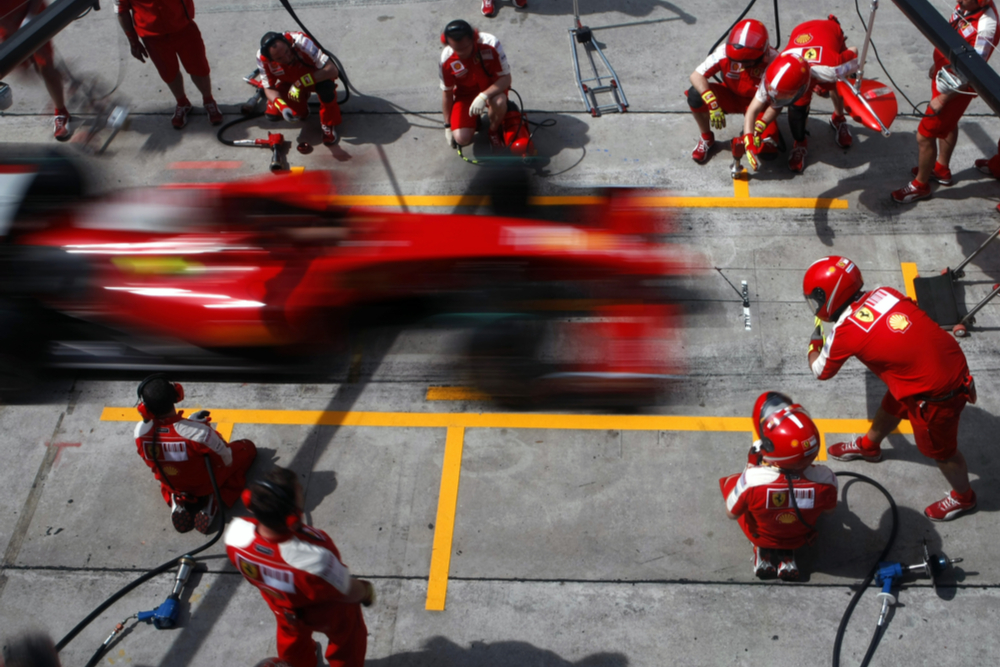 Successful teams plan practice and prepare, writes Peter Wood. This is as true in business as it in sport. 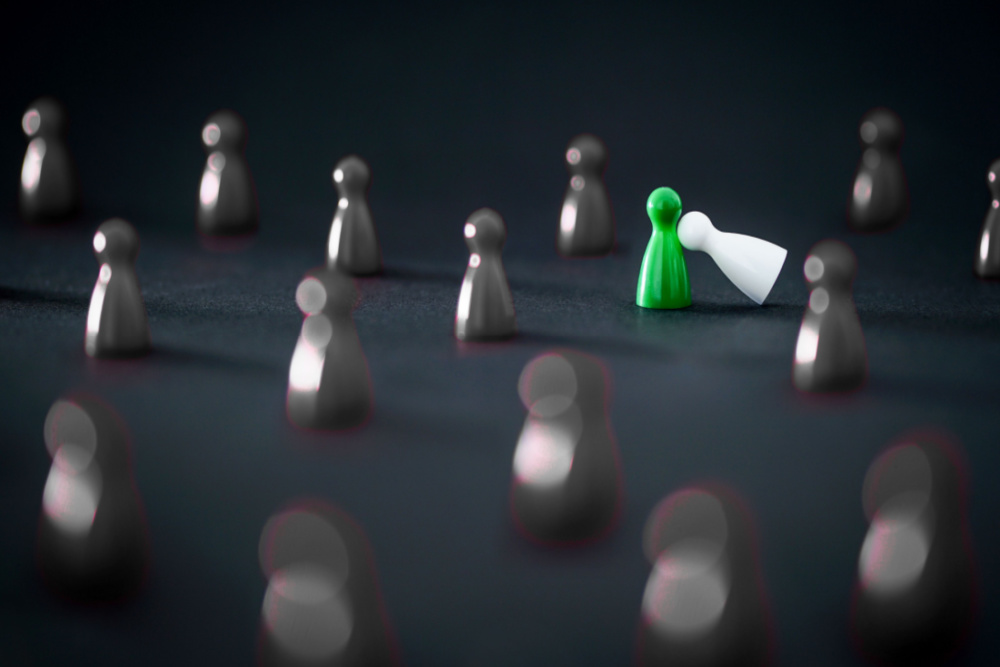 The power of empathy in business

Peter Wood explains why empathy is seen as an essential and important quality in today’s leaders. 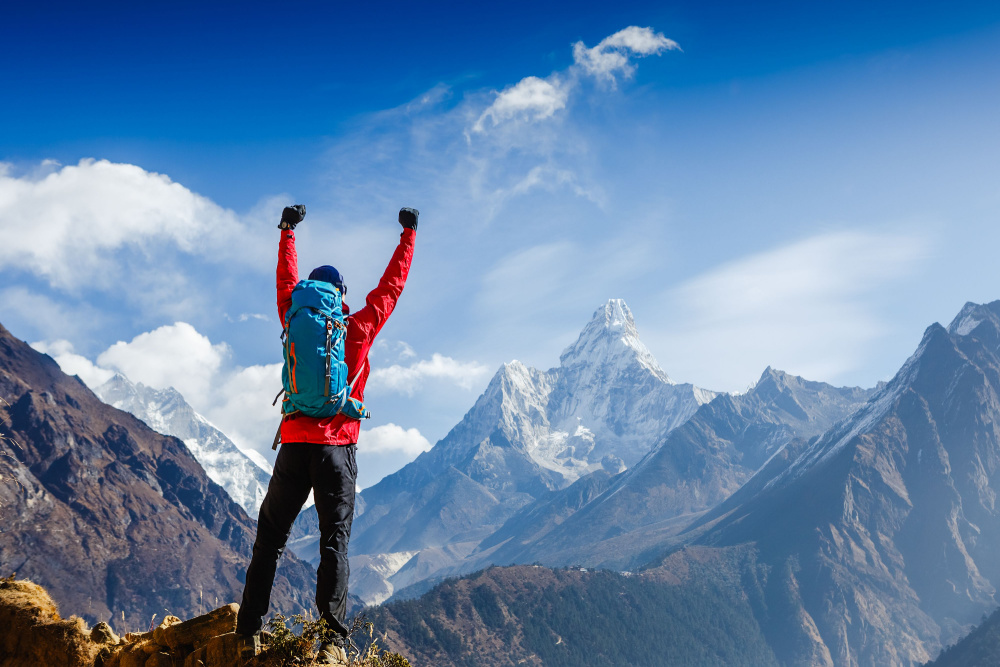 Entrepreneurship: Is failure a choice?