Men in Ireland face challenges such as poor mental and physical health, suicide and a loss of community. CEO of Irish Men’s Sheds Association Barry Sheridan talks to Olivia McGill about tackling social isolation from the ground up.

Why was Men’s Sheds set up?

Men’s Sheds started in Australia 15 or 20 years ago by a group of women whose husbands were made redundant. It started here around 2009. We were in the middle of a recession. A lot of men were out of work and needed a social outlet to re-find themselves and connect with people.

Men aren’t good talkers. We don’t look after our health; we don’t visit our GPs. We still die younger than women. We’re not very good at opening up and discussing things. They might never say this but there are so many people out there suffering from social isolation and loneliness.

The shed provides a safe and secure environment where men can come together and share their stories, experiences and skills and meet people.

“Men aren’t good talkers. We don’t look after our health; we don’t visit our GPs. We still die younger than women”

A bit of magic happens then. The men find a space where they actually start opening up and talking. There is a saying that men don’t talk face to face but shoulder to shoulder – when engaged in an activity together. They decide themselves what they want to do, whether it’s woodwork, gardening, music or creative writing.

A big part of what sheds do is giving back to their communities. Our research shows that sheds have a huge impact on the men’s families but also on the communities. They contribute to a much larger social societal change than just an individual man. Over 97 per cent of men said their health and well-being improved by having the shed to go to. We’ve had family members come to us and say, do you realise the shed saved my dad’s life.

I came from a community development background. I worked a lot with local development companies and projects. I was an economic development manager in north Dublin – helping to get small businesses set up, to get people back to employment, that work really intrigued me. The reward for me was always helping other people. I’ve always had an entrepreneurial spirit. What I’ve managed to do is bring it into the social space.

Running an organisation like Men’s Sheds is the same as any business, with the same challenges around funding, staffing, programme delivery and operations. It requires real innovation because the sector is very crowded and restricted. Even though what we’re doing is unique, getting funding can be really challenging. You have to be innovative and creative. 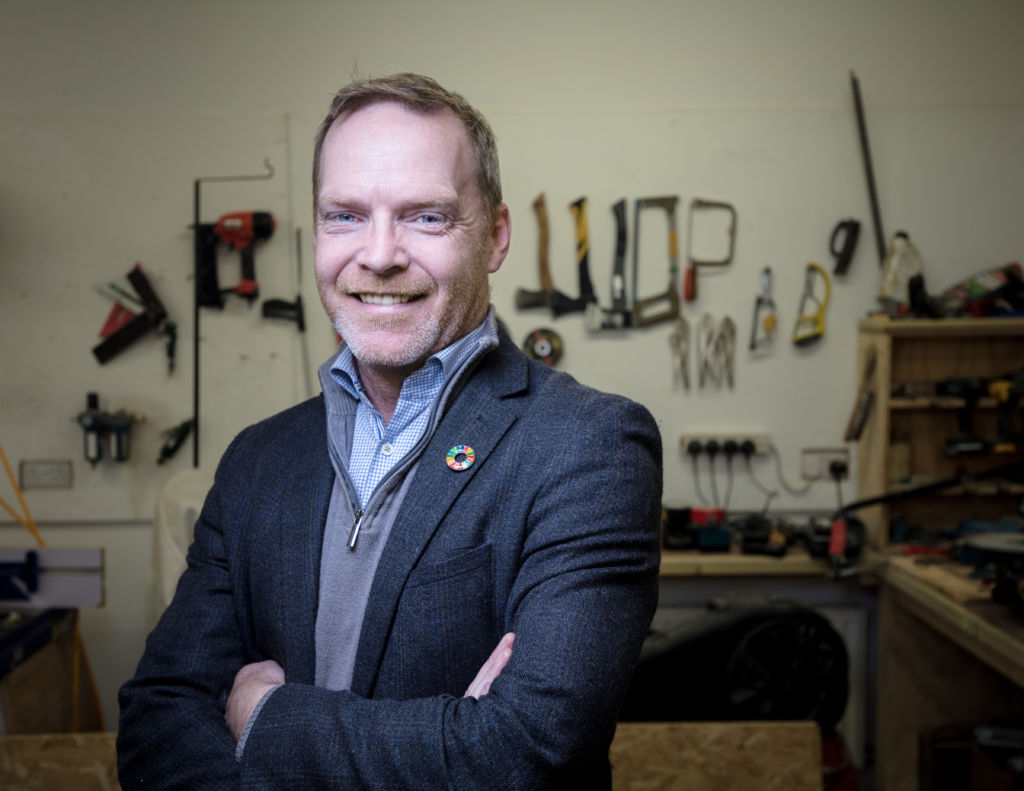 What challenges did you face and how did you overcome them?

For any non-profit in Ireland, funding is the number one challenge. Being able to demonstrate impact is huge. We knew Men’s Sheds were helping people but proving that for funders or corporate partners was a big job. We had to be able to track and measure impact on an ongoing basis and to communicate it well.

“We’ve had family members come to us and say, do you realise the shed saved my dad’s life”

Another big challenge was managing scale and growth. For the last number of years, we have been opening a shed a week. We have 460 sheds. The challenges around managing the change from being a grassroots organisation to a bigger one with more legal and Charities Regulator requirements means we have to constantly evolve to ensure we’re operating best practices and doing everything right.

What are you most proud of?

Ireland and Australia are seen as world leaders in the idea behind Men’s Sheds. Our work has garnered international exposure, leading us to share our story with the rest of Europe. We won the European Citizen’s Prize a few years ago. We were named as one of 10 champion sustainable development goal organisations for Ireland and that includes every sector – public, private and non-profit. Last year I spoke at the United Nations. They are really good milestones to reach. What happened on the back of that was countries in Europe and around the world asked us how we do what we do.

How have Men’s Sheds adapted during lockdown?

We had to ask our sheds to temporarily close. We know that sheds are a lifeline for a lot of people, for some it could be the only connection they have during their week.

Initially we asked sheds to set up group texts or WhatsApp messages, as well as a buddy system where everyone in a shed buddied up with someone else. It was our safety net. That person would check in with their buddy every day or second day. It could be an old-fashioned phone call to make sure no one slipped through the net and was left alone.

“You really have to be passionate about what you’re trying to solve, about what difference are you trying to make. You can build on all the rest later”

Then we started building in online activities that some of them could do.

We’ve seen some positive stories coming back from sheds – of them doing really innovative things, like online art classes and X-Factor talent contests on WhatsApp.

We launched a public campaign called Call Them For A Cuppa. We felt that people were texting and sending messages but not talking. We used sitting down to have a cup of tea as a trigger to pick up the phone and have a conversation with someone.

What advice would you give for starting a social enterprise in Ireland?

You really have to be passionate about what you’re trying to solve, about what difference are you trying to make. You can build on all the rest later. There’s good support out there to help you through that.

You’re going to be working harder than you’ve ever worked before, you’re going to come across obstacles that you never thought you’d come across but at the very end of it, the reward in doing it and following it through will far outweigh those challenges.

There’s some great support out there, like Entrepreneurs Ireland, Social Innovation Fund Ireland, the Ireland Funds, to really help define your idea and implement it. I think we’re seeing how important social enterprises can be to this country, to our economy and society.

OriGym bulking up its network with Irish expansion